Fitbit Ionic vs Samsung Gear Sport – What are the Differences? 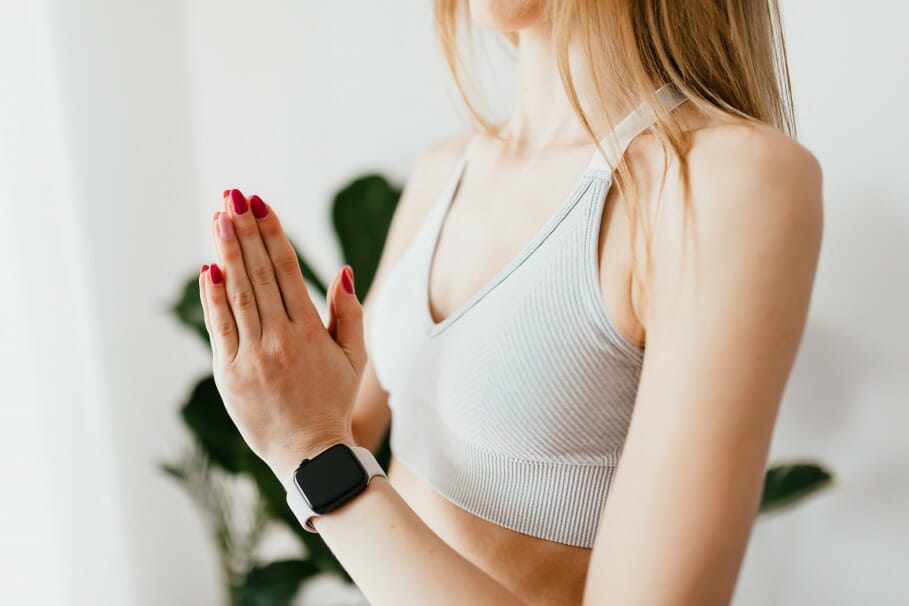 In this post, we compare the Fitbit Ionic vs Samsung Gear Sport as two of the best smartwatches on the market today...

Looking for a new smartwatch to buy? Lucky for you, there are just two brands you would want to look at - Fitbit and Samsung. These two brands have been head-to-head with their star watches and it’s giving people a tough time deciding which to buy. So how are they different and what should you buy?

Table of Contents
Design
Fitness Features
Android Features
Other Important Features
Which One Should You Get?
Conclusion

First up is the most obvious part of the smartwatch - the design. As you can see, these two have very different designs starting from their displays. The Fitbit Ionic has a rectangular display that shows the time in big fonts. If you love digital watches, then you’ll appreciate the screen display of this smartwatch. The size of the display is a lot bigger too, which is at 1.4 inches.

The Fitbit Ionic doesn’t have any buttons on the side. Rather, it keeps its appearance neat, simple, and sleek. The band and display’s connection is hidden underneath the watch making the whole thing look compact. However, while it attempts to look more formal, the Ionic still shows a lot of its fitness design which Fitbit is more known for. 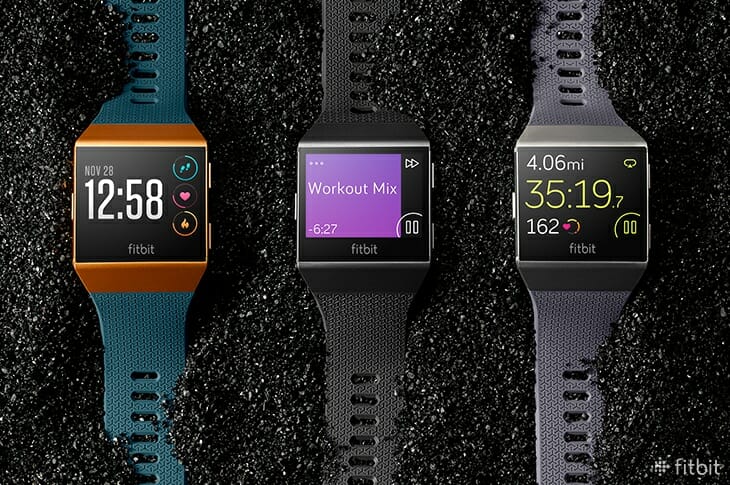 As for the Samsung Gear Sport, it looks a lot like a dress watch save for the fact that it’s a smartwatch. The display shows an analog watch making it a lot more formal and serious to look at. The screen size is slightly smaller with just 1.2 inches in diameter. Nonetheless, the Gear Sport compensates by focusing on the user experience.

What does that mean? Just like your typical watch, the Gear Sport has two physical buttons on the right side. The two buttons are for going back to the home page or for just going back to the previous screen. It also has a rotating bezel that will help you go through the features and app a lot easier. There’s no need to keep on pressing on the glass.

Before anything else, the Fitbit Ionic is a fitness tracker. That is the specialty of Fitbit anyway, so there’s a huge bar to reach for the Ionic. Fortunately, it does not disappoint with all the health features it offers.

Starting off with a heart rate tracker. The Ionic has PurePulse technology that tracks your heart in real-time. It tracks your heart rate for the whole time that you’re wearing it. It even shows if your pulse is in Cardio, Peak, or Fat Burn zone. For those who track their pulse during workouts, this is very helpful in managing your exercises.

You don’t have to notify your watch if you work out, too. It has a Smart Track technology that automatically knows if you’re working out - whether you’re taking high-intensity or low-intensity training. It tracks the sports you do, too. And since it tracks the workouts you do in the pool, the Fitbit Ionic has a water-resistant feature for up to 50 meters. It has swim-tracking capacities like recording your stroke styles and laps.

What makes the Fitbit Ionic ideal for fitness junkies is that it is highly intelligent. It incorporates the changes in body requirements between men and women so you are guaranteed to have the right assessments. It also works as a period tracker, making it easier to track symptoms and dates.

Does this mean that Samsung is not good for fitness tracking? Not necessarily. The Samsung Gear Sport has its own great features as well. It counts your steps and calories, and it also records your heart rate in real-time. Although it’s not as accurate compared to the Ionic when it comes to counting your steps, it’s not so bad as a tracker. 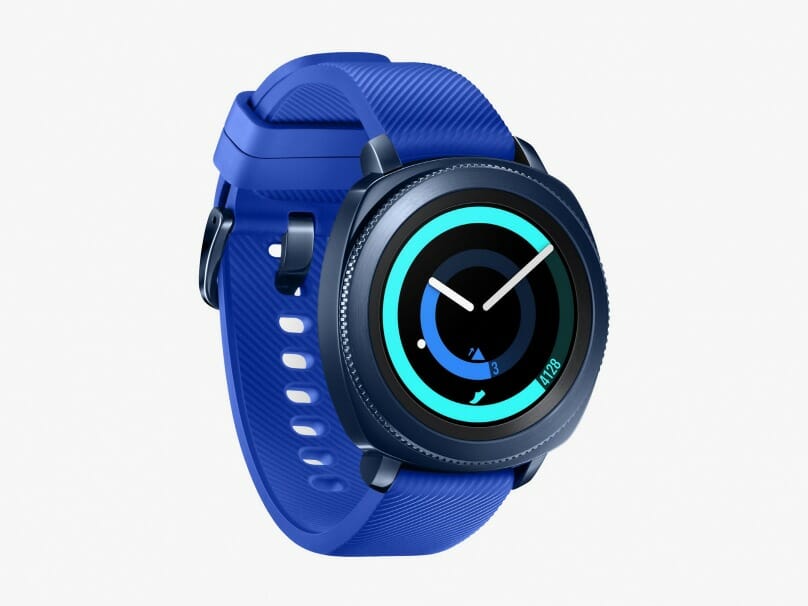 What the Gear Sport has is a food tracker that tracks both your food and water intake. It can track your caffeine intake, too! This is a great addition alongside your calorie counting for a much more holistic view of your overall health. Moreover, the Gear Sport is much more flexible in connecting to fitness apps that are not produced by Samsung.

Of course, Samsung doesn’t fall behind when it comes to water resistance. Like the Ionic, the Gear Sport is water-resistant up to 50 meters. This feature was in partnership with Speedo to ensure that water activities are easily tracked by the watch.

Now, this is a category where Samsung will have the upper hand. As a smartphone manufacturer and one of the leading smartphone brands, Samsung has had no problem in incorporating its Android features into the Gear Sport. One of the things this watch can do is allow you to interact with applications. Got a notification in Messenger? You can press it and you respond to it using your voice or by typing on a T9 keyboard. You can also answer incoming messages that will show on your phone.

Did you know that you can listen to music on your watch? If you have wireless earphones, then this is going to be a great convenience especially when you are working out and you don’t want to keep holding your phone.

Unfortunately, the same can’t be said for the Fitbit Ionic. Unlike the Gear Sport, the Ionic doesn’t allow you to interact with notifications save for declining them or swiping them away. However, you can access applications the same way you would on a phone. It can also play offline music from the watch.

While there are fewer apps that you can use on the Ionic, it still got the basics you need. It’s NFC-capable so you can do cashless payments, and it’s also compatible with social apps. 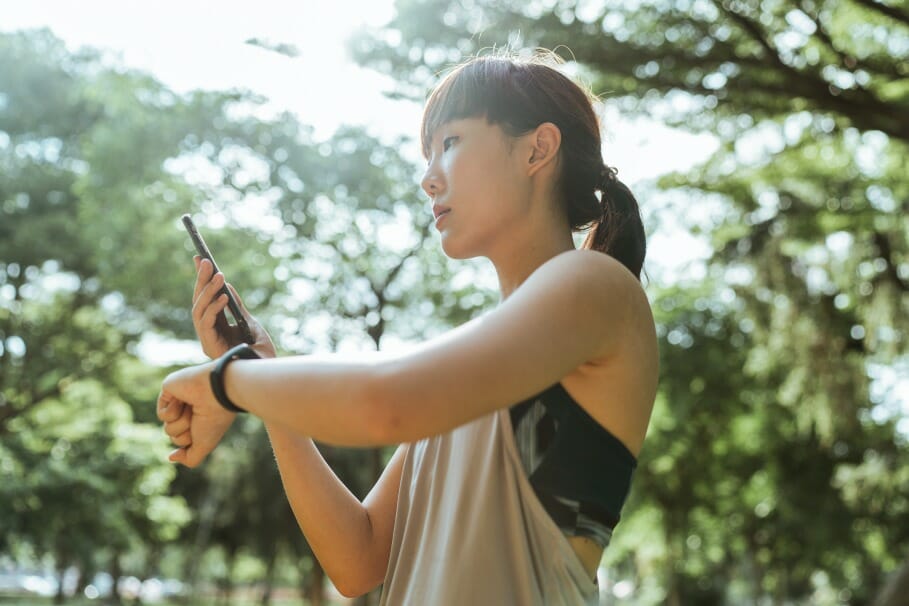 What about battery life, connectivity, and compatibility? These things are as important too and it’s fortunate that both watches did not forget to focus on them.

For the Samsung Gear Sport, it’s compatible not just with Samsung devices, but also with Apple phones. There’s no need to worry about connecting the watch if you have an iPhone. You can connect it to your phone via Wi-Fi or Bluetooth. It doesn’t have USB connectivity, though.

If you’re wondering about battery life, a fully-charged battery lasts for 3-4 days. If the GPS is constantly on, it can only last for 14-15 hours. This is just about the same with the Fitbit Ionic when the GPS tracking system is turned on. If it’s turned off, the Ionic can last up to 4 days.

Since Fitbit doesn’t have any phone manufactured, it’s expected to be compatible with both Android and iOS. It can be connected via Wi-Fi and Bluetooth, but not via USB.

Which One Should You Get?

Which one is better? Admittedly, these two smartwatches have their own great features and improvements. The better one will ultimately lead to what features you prioritize and your preference in design and user experience.

Get the Samsung Gear Sport if: 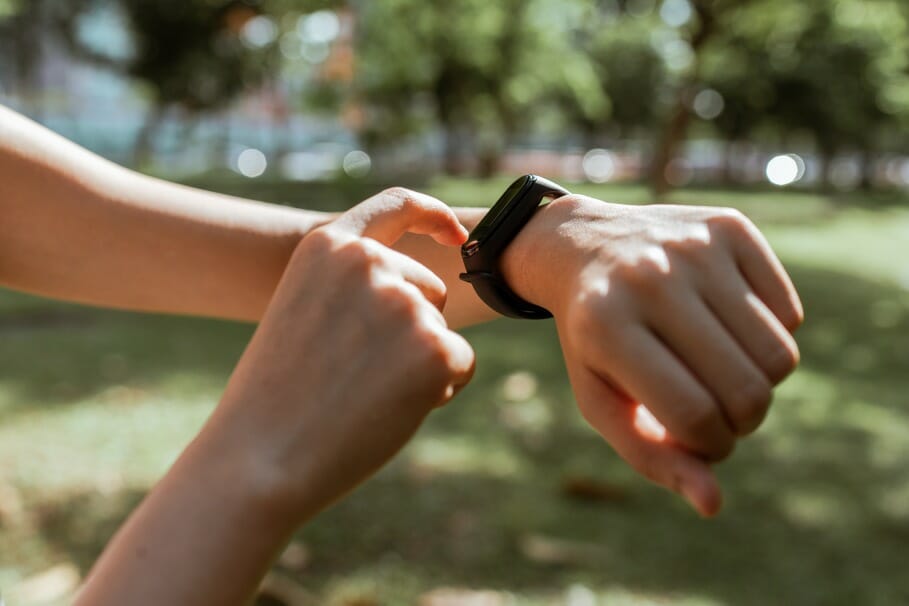 Get the Fitbit Ionic if:

Overall, the two smartwatches that you’ve just compared are part of the top-tier fitness smartwatches you’ll find in the market. Both are known to produce innovative devices every year. However, if your focus is on the design, user experience, and compatibility, then the clear winner here is the Samsung Gear Sport. On the other hand, if you prioritize the fitness apps and the Fitbit Coach, then the Fitbit Ionic is definitely the choice you have here.

How to Block WiFi Signal from Neighbors (Simple Answer!)

How to Reconnect Firestick Remote – Step By...

Why is My Firestick So Slow? Reasons and...