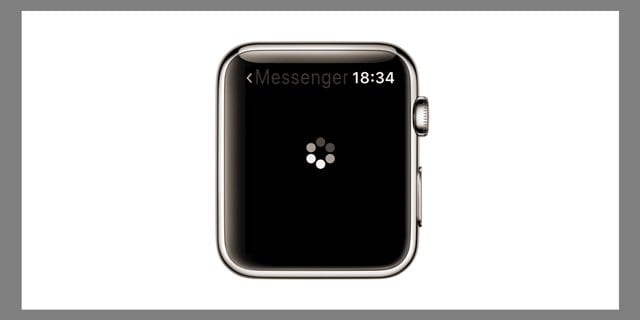 The battery life of an Apple Watch is usually poor compared to other smartwatches. However, you must turn on the device before discharging the battery. If the display on your Apple Watch remains dark despite your best efforts to turn it on, then this guide should help you.

Learn why your Apple Watch won’t turn on the Apple logo. We’ve also given you tips on how to turn on your Apple Watch. If neither of these tips works, you most likely have a problem with the hardware, which you cannot fix yourself but which your warranty may cover if it’s still under warranty.

Your Apple Watch won’t turn on or charge because of the following reasons:

The Battery Has Run Out on the Smartwatch

The first reason your Apple Watch is not turning on may be because your battery has run out. This is the easiest to fix all the possible causes discussed in this article. That’s because all you need to do is charge your smartwatch, and you are good to go.

Apple smartwatches do not take long to charge. For instance, the Series 7 smartwatch about 45 minutes to charge entirely from 0% to 80%.

The Charger Isn’t Functioning as It Should

If your apple smartwatch does not charge even after connecting it to the charger, the problem may lie with your charger. It is vital to replace any third-party chargers that are faulty as well as any Apple chargers that are worn out. Another possibility is that the electrical socket you’re attempting to use is broken.

Your Apple Watch Has Become Unresponsive

It’s possible for Apple Watches to become unresponsive or to become trapped on a black screen. A common cause is using an old watchOS version or a faulty app. Your smartwatch may also suffer from a faulty application, which is another possible explanation.

It is also possible that your watch is turned on, but it is set to a mode that restricts your ability to use it. You cannot access any watch features when you are in Power Reserve, and your iPhone and watch will not be able to communicate with one another. Your gadget will give the appearance of being off unless you push the button on the side. Similarly, turning on Theater Mode silences the device’s notifications and prevents users from using the “raise to wake screen” action.

How to Fix Apple Watch not turning on

If your Apple Watch is not turning on, try the following tips:

Please verify that the underside of the Apple Watch does not have any bits of plastic wrap or other debris adhered to it. While it is resting on the charging station, the Apple Watch can charge itself by induction. Problems could arise from anything fastened to the watch’s underside.

Conduct a thorough inspection of the cable to check for any cuts, worn patches, or other types of damage. Use another Apple Watch in the home to verify that your charging station is distributing charge. That is only necessary if there are multiple Apple Watches in the household. When the watch is charging, the display should depict a power icon as a lightning bolt. 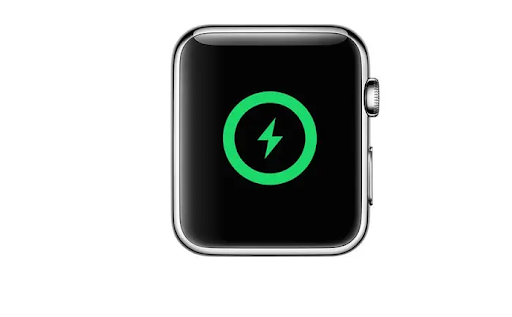 Tip #2: Check the settings on your Apple Watch

Screen Curtain is an accessibility feature that gives users another option for turning off the display on their Apple Watch. This function is included in the VoiceOver help provided for visually impaired people. When VoiceOver is used, the watch is controlled chiefly through sound rather than through its display.

If the issue persists despite your having charged your phone and checked the charging point, you should go into the settings of your Apple Watch and make sure that VoiceOver is disabled. To do that, you need to follow the instructions below: 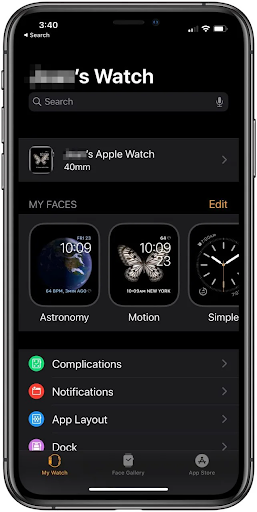 The Power Reserve mode found on the Apple Watch is analogous to the low-power mode seen on the iPhone, except that it is more stringent than the iPhone version. When the Apple Watch is set to Power Reserve mode, virtually all of its capabilities are disabled, and the display turns off. After pressing the crown, you can see the time for a second, and then the screen goes black again. 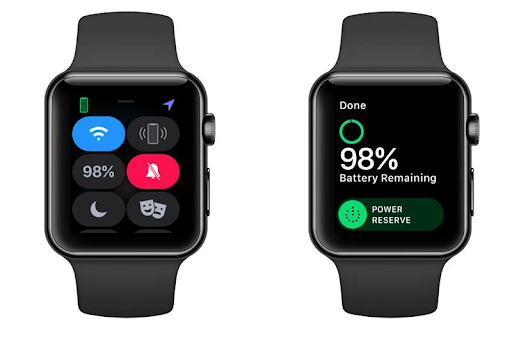 You will need to restart your watch to exit the Power Reserve mode. To accomplish this, press and hold the side button till the Apple logo displays on the screen. If this does not work, you can do a forced restart by holding down the side button and the crown at the same time.

How exactly does one put their device into PowerReserve mode? When the battery on your Apple Watch has less than 10 percent of its capacity left, it will alert you. Because of the screen, it is pretty simple to activate the power-saving mode inadvertently. You can also activate it by tapping the battery icon in your Apple Watch Control Center and then tapping the Power Reserve option below the screen that appears next.

It’s possible that a software glitch occurred on the Apple Watch, or you likely inadvertently activated a mode that caused the display to turn off. When you perform a forced restart, the gadget is powered off involuntarily. Almost every issue, except for a battery that has completely died, will be remedied as soon as you switch on your Apple Watch.

Put one finger on the Apple Watch crown – this is the rotating bezel on the side of the watch, and the other finger on the button directly underneath the crown simultaneously.

Please keep your hands on both buttons, holding them down until you observe the Apple logo on the screen. That means the Apple Watch is rebooting.

Within 10 seconds, the watch should restart, but for best results, hold down the buttons for up to 30 seconds. The restart process can take as long as thirty seconds to complete in highly unusual circumstances.

What Do I Do if My Apple Watch Is Unresponsive?

It would help if you did a hard reset when your Apple Watch isn’t responsive. Repeat the instructions we’ve highlighted in the previous section. Schedule an appointment with an Apple-approved repair center or Apple Store if nothing works for you. Why Won’t My Apple Watch Turn On Even Though It’s Charged?

If your Apple Watch doesn’t switch on, it’s possible that the battery is dead or has charging problems. So, you should give a shot at the suggestions we’ve highlighted in the preceding sections. If self-help measures prove ineffective, it may be time to consult an expert.

How to Record Incoming Call On iPhone Without App

Spectrum Router Red Light: What Does It Mean?

How to Add Siri Voice on TikTok?