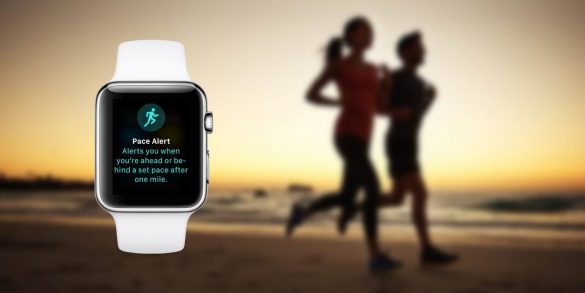 First, I must confess that I haven’t always been a passionate and committed runner. When I was young, I was obsessed with extreme sports, and after years of skateboarding, I got shredded. At that time, I thought I would stay in that perfect shape forever.

I also laughed whenever I saw somebody jogging, as I saw no point to it whatsoever…I kept asking myself, where were all those people running to? Fast forward ten years later, after infinite hours of corporate work, never-ending coffees, meetings after meetings, no physical exercises, and almost no “me time” at all, I finally understood!

I began reading many health and nutrition articles on websites like Gym Expert, looking for the best way to get back into shape. Running seemed the easiest solution. I decided to give it a try for one hour each day. It was difficult initially, but what kicked things off and got me into it was my first Apple Watch, bought way back in 2015.

I’ve never been much of a gadget freak, and technology has never been my strong suit, so I thought it would take me ages to get used to it and figure it out. It turns out I was completely wrong! This thing immediately blew my mind, as everything about it was so easy and fast.

I learned almost everything about it in less than a day. Little by little, it made me enjoy running even more, up to the point I even started training for local marathons. It helped me organize myself better and considerably improve my performance. I thought it couldn’t get any better than this.

Once again, I was wrong, so let me cut down to the main reasons for which I consider the Apple Watch 4 for running a sheer perfection.

Related: How to Reset Apple Watch and Pair It Again? A Step-By-Step Guide 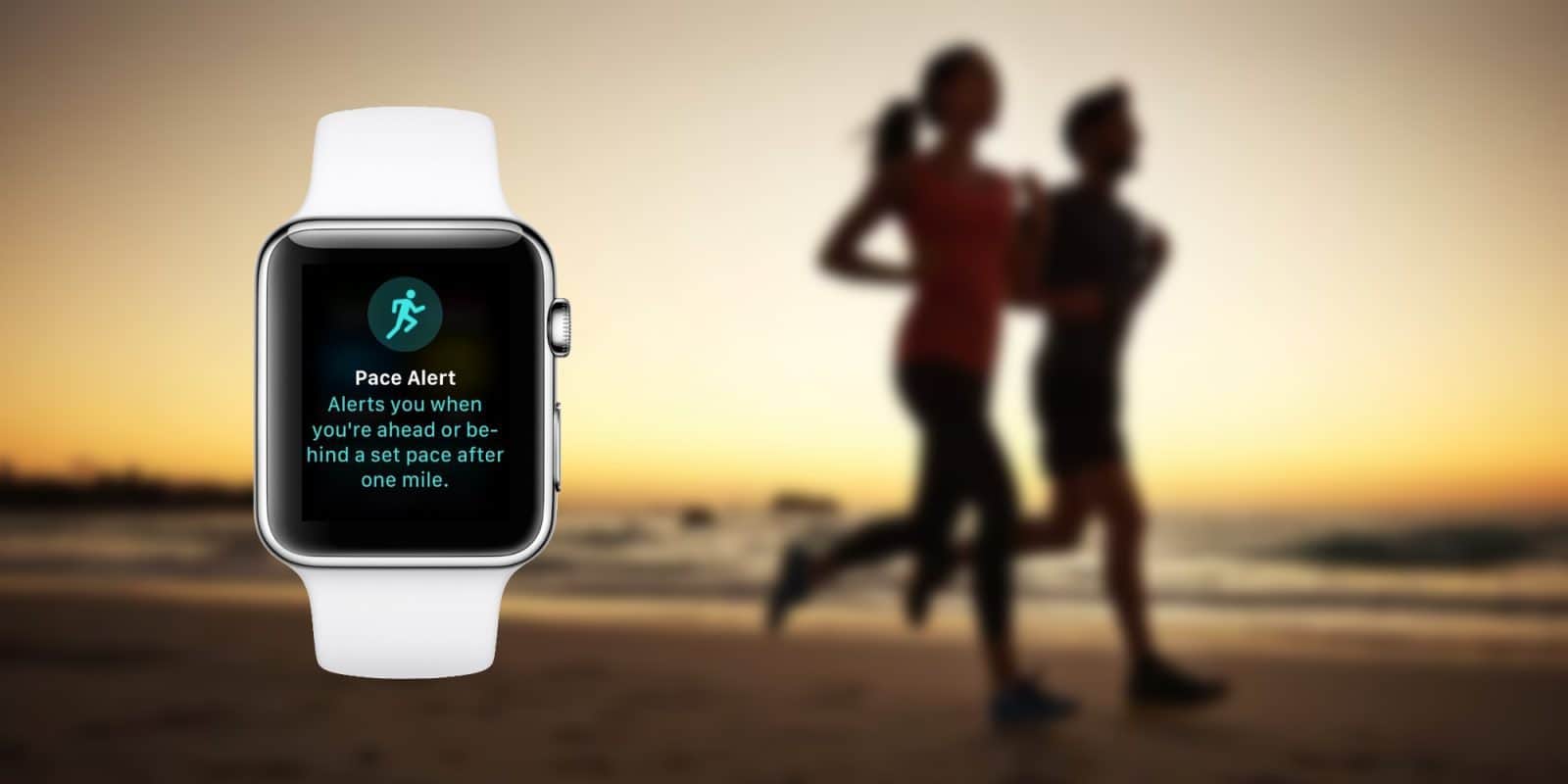 The Basics of the Apple Watch Series 4

Considering all of this, the Apple Watch 4 model couldn’t be more suitable and user-friendly for someone like me. Compared to the Series 3, this new release offers a far larger surface area. It is also equipped with a superior OLED screen.

Somehow, the developers from Apple have managed to fit in a lot more display content in cases almost the same size as the previous models.

Another surprising aspect of the Series 4 is its incredible speed. This is due to a dual-core S4 chip, which translates into a 50% faster performance than its predecessor.

And then there’s the beautiful, user-friendly experience, with absolutely no stutter when scrolling or swiping, a super comprehensible menu, and a general intuition for each action I take. By now, I’m convinced that this new model is perfect in every possible way. Sometimes it even gives me the impression that it already knows what I’m about to do, then does it faster.

Related: Are Apple Watches Waterproof? It Depends on The Model

New and Improved Functions of Apple Watch 4 for Runners

Not being much of a swimmer either, I will primarily address the novelties that the Series 4 model brought to my running routine. Don’t get me wrong, the previous models were also great, but this one is taking everything to a new level.

From rolling mile pace to clocking cadence, from pace alert to automatic workout detection, the Series 4 have just about everything it needs to establish itself as the ultimate runner’s dream come true:

Related: How to Find an Apple Watch if Dead? A Step-By-Step Guide

One of the things I’ve always strived for since I first started jogging was getting faster. The standard for professional runners is 180 steps/minute, while casual ones like me can hit anywhere between 150 – 170 steps/minute.

Tracking is essential for improving your cadence, and with this new function, I could go from an average of 160 steps to 170 steps per minute in just one week.

When I began attending marathons, I realized that knowing exactly how long it takes to complete a run is far more critical than clocking your current and average pace. This is where the rolling mile function comes in, as a perfect means to keep track of your tempo runs.

I didn’t like the variable pace report of my previous smartwatches. One moment I had a perfect result, and after checking just a few moments later, I got a much lower one.

This usually happens when the GPS signal suffers interruptions, and here is where the Apple Watch 4 running pace alert intervenes.  It would be best if you preset your desired pace rate, and the feature will notify you each time you’re running slower or faster. As I said, so simple but so amazingly efficient!

This new function automatically triggers a reminder when you are on the run and forget to enable the Start Workout mode. I’ve worn the Series 4 smartwatch for 7 days, during which I’ve only received two reminders: one when I forgot to set the tracking and another one when I was rushing home.

At this stage, it’s safe to say that this feature still needs some improvement, but if you are the type that forgets things quickly, automatic workout detection can come in handy.

And speaking of forgetting stuff, here is another great feature that the developers from Apple have thought of, in advance. If you start your morning routine early, but after leaving home, you realize that you forgot to feed the dog or turn off the oven, there’s nothing to worry about!

You won’t have to turn around, either. You can now use the walkie-talkie function to connect with someone from home and let them know.

6. The Fall down Detection Function

The fall-down function is one of the’ safety above all’ features for which Apple is well known. If you suffered a fall while wearing the watch, the device automatically sends a pulse signal to your wrist, triggers an alarm, and displays a new alert.

Depending on the gravity of the fall, you can either dismiss it by pressing the Digital Crown tab and selecting ‘I’m Fine, or you can send a distress call to any emergency service. Once again, pretty fantastic user care!

Related: How to Turn Off Theater Mode on Apple Watch?

I must admit that I have deliberately saved the best for last. During all seven days I’ve trained with the watch, the battery life was outstanding, far better than anything I’ve seen. Each day I went out for 40-minute runs, streaming music simultaneously.

After two consecutive days from the initial 100% full charge, the battery still had over 20% left. The battery life may vary depending on how many apps you use simultaneously and how many notifications you receive from each. The watch lasts almost twice as long as my previous ones.

The solution is simple if you are highly active on social media channels: you can charge the watch during sleep.

Ten years ago, I would have never guessed that I would end up an Apple lover and that I would come to depend on a smartwatch for perfect running sessions. The same goes for numerous other day-to-day activities. In reality, each new model I bought got me closer to technology, helping me discover new features and add-ons.

They were all fantastic for their time, but after only seven days of use, I’m convinced that the Apple Watch 4 is the complete entry in the series. I’ve quickly used it daily for various activities, such as reading the news, paying for groceries, checking the weather, or changing the channels.

I am finding something new I can use almost every day, and I can’t help myself wondering just how much better the future smartwatches can get.