What Is IPS Glow And How Can I Reduce It? (Simple Answer!) 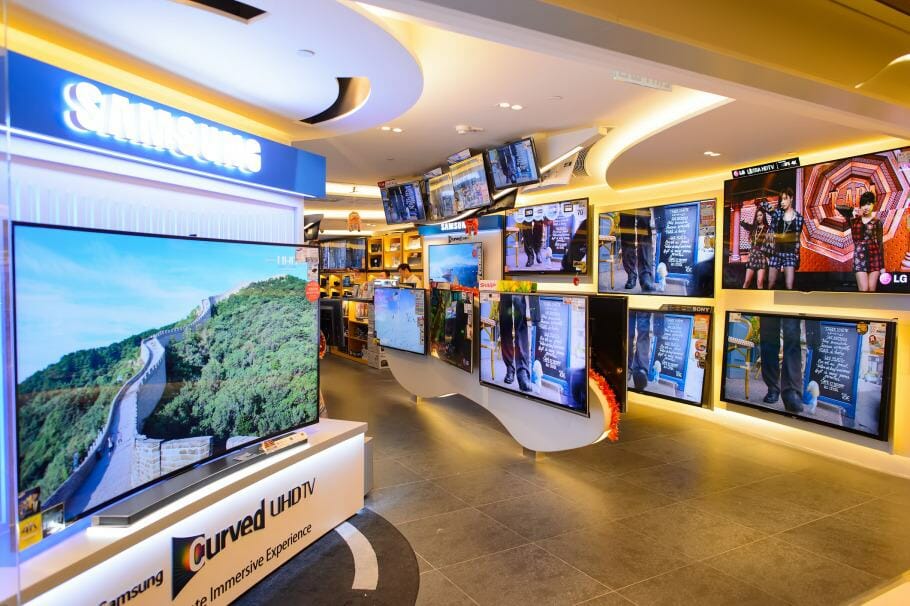 Are you wondering why your newly bought IPS monitor seems to be glowing? This means you are experiencing a widely-known phenomenon called IPS glow. This is one of the very few disadvantages of buying this otherwise-great monitor. While you may enjoy how beautiful the pictures appear on your new screen, you might also notice this unfortunate effect. Some models might have worse cases of IPS glow, while others are almost undetectable.

What is IPS Glow?

IPS glow is different from backlight bleeding. As the name suggests, this is a problem shared with IPS monitors. It looks like the light is “glowing“ in some spots. Colors may be distorted in these areas. However, the effect changes based on the angle you are looking at the screen and how far you are from the monitor.

This is directly due to the technology the monitors use, and the severity of the glow differs between different models.

On the other hand, backlight bleed is due to the light source behind the monitor’s screen. Usually, an LCD blocks the light when it is not needed, leading to a black screen.

When it is not blocked thoroughly, light bleeds through. This is called backlight bleeding and is usually seen around the edges of the screen. It will be like the screen has some light patches instead of a fully dark screen.

Both problems can be annoying, but they shouldn’t stop you from buying an LCD or IPS monitor. This is because the issue does vary from model and brand, and it is most visible when the room is dark (and the brightness settings are set way up). The glow also seems a bit brownish, yellowish, greyish, or light bluish, but it may differ between individual units.

Can You Test A Monitor For IPS Glow?

Because this can be a problem common to IPS monitors, how can you be sure that your new screen will not have this problem? After all, if it is a severe issue, you can immediately return it instead of being stuck with a new IPS monitor with bad IPS glow.

To test it, open a full black screen on the monitor and dim all lights in the room (lamps and light from outside). The darker the room is, the better you will be able to detect the IPS glow. You can also test the monitor in normal light because some models have severe issues with IPS glow that you can even see when the room is brightly lit. When you see the glow in these conditions, you should consider having the monitor replaced or refunded.

What Happens When Your Monitor Has IPS Glow?

It happens very often that owners notice the IPS glow too late to return the monitors or have it replaced. Plus, the glow is not so severe in many cases that you cannot do anything about it. Does your monitor have a mild case of IPS glow? Then you can try out these tricks to reduce it.

The darker the room, the more pronounced the IPS glow appears. So the easiest thing to do is to brighten the room where the screen is being used. Plus, you can view the black levels of the gaming monitor, and the contrast appears more prominent.

If you use your IPS monitor in a dark room, you must use the proper monitor adjustments. This means setting it up at the right height and tilt. The best thing you can do is to open a test video in a darker environment, then adjust the height and tilt until you find the correct position where the glow is least visible.

Many people set their screens at the highest brightness settings (or higher than 80 in the OSD), but setting this lower can significantly affect IPS glow. The ideal setting is somewhere around 120 cd/m. Initially, it will be a change, but you will quickly get used to the new settings. Plus, your eyes will find a lower brightness better, and the contrast will improve.

4. Massage The Screen With A Microfiber Cloth

While this is not a proven fix, some people online promise that it helps. You only need a microfiber cloth and massage the screen’s edges for about 20 to 30 minutes. It might not work on everyone, but trying it out wouldn’t hurt.

Increasing the distance between you and the screen may make the panel smaller, but this is a good step if the IPS glow bothers you. You can even try mounting the monitor on the wall or just leaning back in your chair. For best results, go between 80 and 120 cm away from the monitor. The farther you are, the less you can see the glow.

The second possible mistake is that your credit card may lose some plastic pieces, which might get stuck in the inner panel frame. This may lead to more pressure on the panel and backlight bleeding.

Should you have to live with IPS glow? Ideally, not, especially if you buy a new screen with a bad case of that issue. You should always test any new monitor for defects and contact the manufacturer or seller as soon as possible while you can still return it or it is still under warranty. But if you do not have any significant issues in the first weeks, you might have a model with no or an almost undetectable IPS glow. You can try out these tricks to reduce it if it does come up.

Choosing the Right DNS Filtering Solution : How Important Is It?