What Is Backlight Bleed And How Can You Fix It? 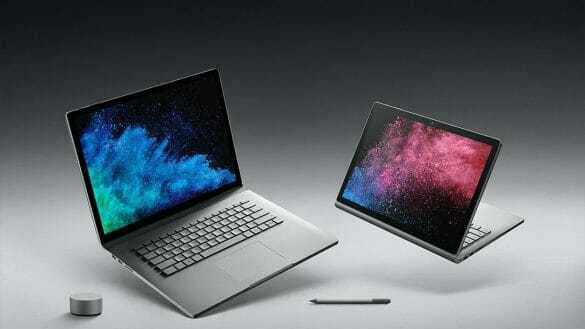 Are you considering buying a new LCD monitor and wondering what the possible issues are with this kind of display? Then you need to learn all about backlight bleed. This is an issue wherein you notice the LEDs (light-emitting diodes) of the monitor leaking out of the screen’s edges. It is because the light has not been blocked out, either because of poor quality control, manufacturing problems, or the design of the monitor.

Whether you are thinking of buying a TN, VA, or IPS monitor, you might encounter this issue. You will notice it when you are using the computer in a dark room, specifically while viewing something with tons of dark sections.

What Is Backlight Bleeding?

The reason why they are a common problem with LCDs is that these monitors use a light source, the backlight system. The whole panel is lit up, and the LCD’s job is to block out any light not needed to display a specific image.

When you experience backlight bleeding, the problem lies in the blocking of the light, which is why you notice some unnatural bright spots that will ruin the image.

Backlight bleeding is not the same across all monitors, even those with the same model. At times, it is minimal, but it can be extreme as well. Because it is mostly visible under quite specific circumstances, it might not bother you at all. You might also either be sensitive or tolerant of it, but it will not lead to any issues other than an unpleasant watching or gaming experience. 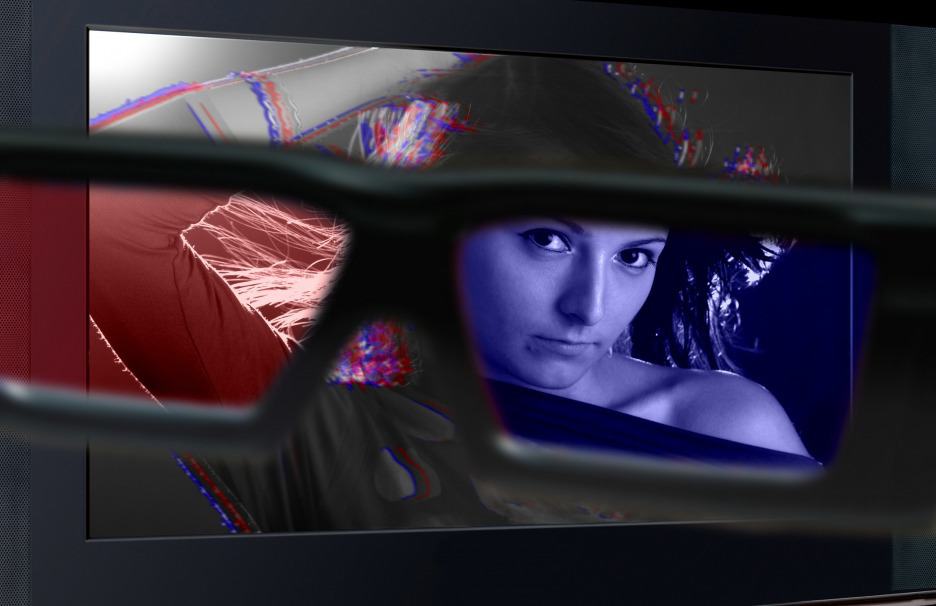 While identifying it early enough is useful for returning the monitor while it is still under warranty, you do not need to panic. If you have been living with it for a while now and haven’t really had many problems with it, then there is no need to replace your monitor.

What To Do When You Experience Backlight Bleeding

The best-case scenario is when you observe this problem while the monitor is still under warranty. This way, you can either get it replaced for a new one or fixed by the manufacturer itself. You need to read the policy very carefully to find out whether this issue is covered. Until you are sure that it is no longer covered by the warranty, do not try fixing it yourself. Doing so will void the warranty immediately.

Otherwise, you can try to solve the problem by following these simple steps. All you need is a screwdriver and a microfiber cloth, plus you might want to use anti-static wrist straps the entire time.

1. Loosen the Screws of the Frame

One of the simple reasons for backlight bleeding is a panel screwed on too tight, which leads to the display being warped. With a screwdriver, loosen the screws a little. Too much force will lead the display to fall out and break- so you need to be a bit gentle!

In some cases, the display is not appropriately positioned inside the frame. Thus, the extra light bleeds through the edges of the screen. Try loosening the screws and twisting the frame before switching it on to check if there is still bleeding. If yes, then try the next step.

3. Clean The Spots Where There Is Bleeding

A possible cause of bleeding is the display not being completely flat. The causes of this can be dust and grease. In this case, you need a microfiber cloth to rub the areas where there is bleeding. Clean in a circular motion without using too much pressure. Wait a few days to let it settle and repeat if you do not see any improvement. 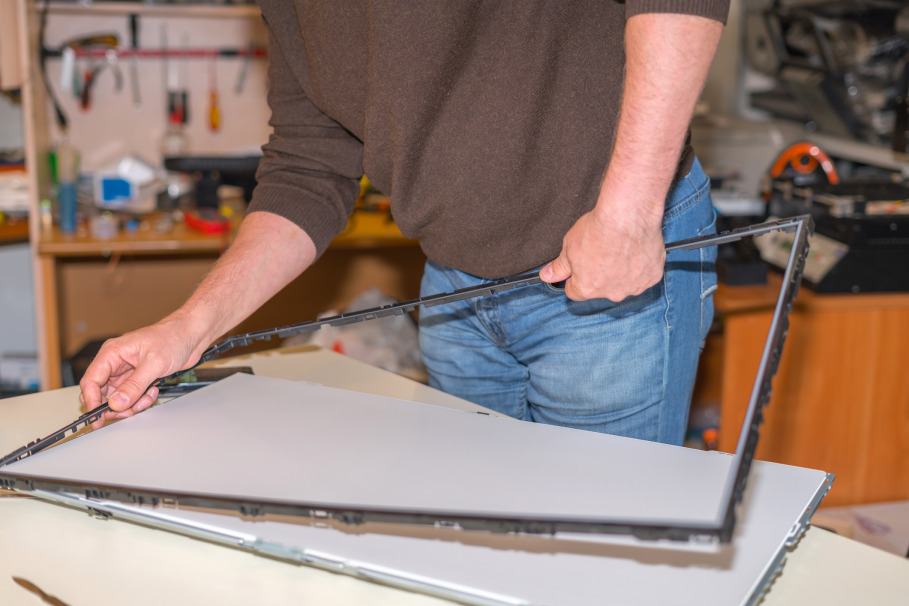 Check your progress after trying out each step because you might have already successfully decreased the bleeding of the monitor. To be sure, open a very dark video or image and take pictures. You can refer to online guides and videos to see how you can adequately test your monitor for backlight bleeding.

Sometimes you will not notice any improvement even after trying out these steps. To live with the backlight bleeding, you can lower the brightness. It is not the most ideal solution if you have an HDR-capable display because of the lower image quality, but if the bleeding bothers you, this is the best way to reduce it when all else fails.

How To Avoid Backlight Bleeding

Backlight bleeding is an innate problem of monitors that use an active backlight, though this does not mean that every model and display will fall victim to it. Moreover, most cases are negligible and unnoticeable. But if you would like to truly avoid it, then you are better off buying an OLED display. They are, unfortunately, more expensive.

If you do not want to spend this much, do your homework on LCD models that have no or minimal bleeding.

Other Defects Common With LCD Displays

Besides backlight bleeding, you should also watch out for these other defects that have been reported on LCD monitors. 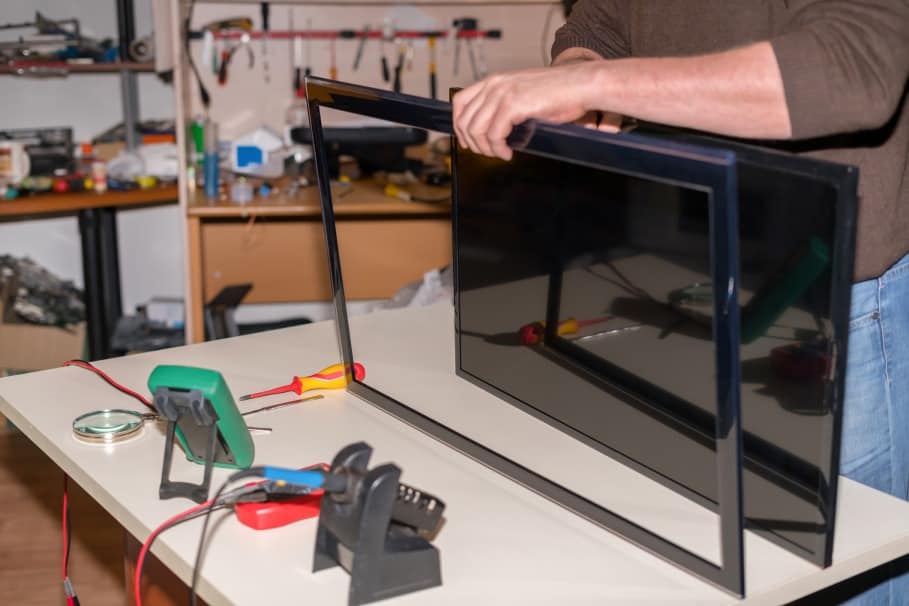 Based on its name, this is much more common in IPS monitors. It looks like the display is glowing a little when you are viewing at specific angles. The glow also appears to be manifesting in the corners. This is due to IPS panel technology and can be seen at any time. When you do, try changing the viewing angle.

With these possible defects, should you still consider a purchase of an LCD display? The simple answer is yes. The only other alternatives are outdated CRT monitors and expensive OLED displays, which are not feasible options for everyone. Plus, backlight bleeding is normally not a serious problem, nor is it visible to everyone.

The best step is to thoroughly check your monitor after buying it, testing it in the right circumstances to check whether there is backlight bleeding. Thus, if it is a manufacturing defect, you can have it replaced or repaired before the warranty expires.

UltraWide vs 4K – Which Should I Choose?

Guide To Buying Drones For Kids