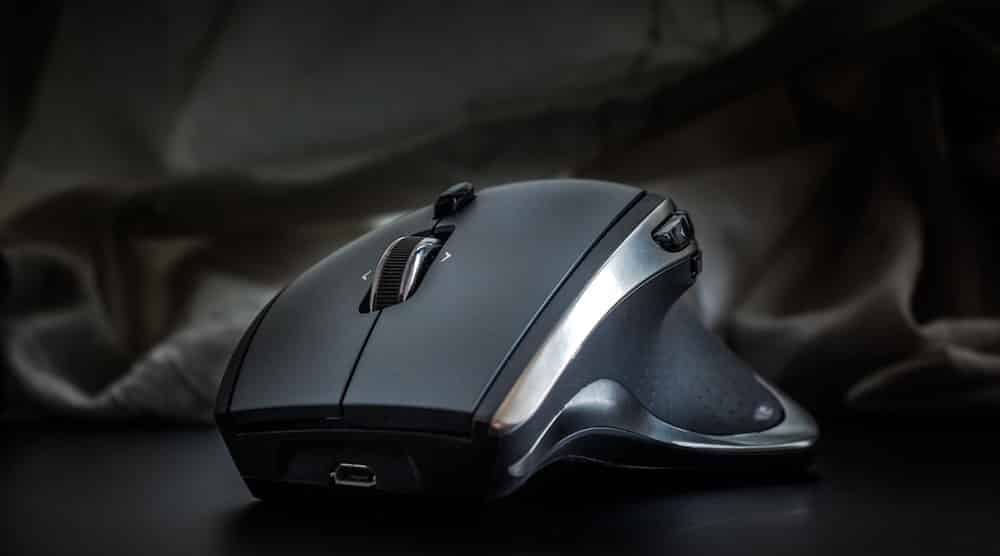 Fancy a new computer setup? People who do choose to take the path of PCDIY will find that this journey is not always an easy one – so many choices! One of the choices that you would have to make is having either a laser or optical mouse. Not everyone knows and appreciate the differences between them. In order to make informed choices, so as not to regret anything later, we’re here to tell you what you need to know about both of them.

Before we go into details, however, it’s important to know that both of them are actually considered optical mice. It’s a term used to encompass all computer mice that utilize cameras and surface imaging in order to track its location. It gives the coordinates of the sensors, which is then displayed on your monitor.

Quick Navigation
How do they function?
How are they different?
Pros and Cons: A Summary
A Quick Word Before You Decide
The Verdict

How do they function?

Introduced in the late 90s, the modern optical LED mouse uses a camera that can take more than a thousand photos per second. Unlike the old, trackball mouse, an optical mouse doesn’t need a completely flat surface in order to work. Users were thrilled when the optical mouse came into view. For one, it has a much better performance. Moreover, it is much easier to clean. A trackball mouse will have more likelihood of collecting dirt – a lot of dirt.

With the LED mouse, you don’t get the fun of fiddling with the trackball but you do get better performance and accuracy. The reason behind this is that it uses CMOS sensor that detects and sends images to the digital signal processor (DSP). The DSP then analyzes these images, working at a rate of 18 million instructions per second. The patterns are used to detect the distance in which the images have moved from one point to another; hence, the mouse pointer on your monitor moves to that direction. Compared to a trackball mouse, an optical LED mouse is a more convenient choice since it no longer has moving parts. That can minimize chances of failure in detecting its movements. The responses are much smoother and it doesn’t require a mousepad anymore.

In 2004, Logitech took things to the next level by partnering with Agilent Technologies. By introducing the first mainstream laser mouse, they opened doors for more possibilities in the field. This comparatively more recent version of the optical mouse uses a more advanced technology in the form of infrared laser diodes. It uses laser to detect the surface underneath the mouse sensor. The laser significantly increased the quality of the images that it processes, which makes it leagues better at tracking the surface compared to the previously discussed LED mouse.

The laser mouse, on the other hand, no longer has that read light that you often see on LED mice. Instead, it uses an invisible beam. The beam captures the area beneath the mouse sensor with better resolution – close to microscopic quality. With this kind of technology, the mouse becomes more accurate and efficient regardless which surface you use it on. Using a laser mouse, you get better navigation and control. If you use it on applications for image editing, you can zoom in and out and tweak the images on a finer scale. It has become more sensitive – perhaps, some would say, TOO sensitive. However, it works on nearly all types of surfaces with little to no effect on its performance and accuracy.

How are they different?

After you have a general idea of how each type of mouse works, it’s time to find out what makes them so different. Despite both being categorized as optical mice, these two are different in more ways than one. Let’s take a look at some of the points of comparison for these two.

As we’ve previously covered earlier, both mice are optical in that they both take multiple images of the area underneath them and then use those to be able to track the movement of the actual mouse so that it can be reflected by the mouse pointer on your monitor.

In this regard, the laser mouse is the more high-tech choice because of its fast processing rate. While both of them are much more advanced than a trackball mouse but the laser mouse has the added edge of a faster operation.

Gone are the days of struggling to keep your computer mouse steady. With a trackball mouse, even the smallest piece of dirt could obstruct its path. It can be quite problematic when you’re trying to do some tasks that would require steady hands. You could have the steadiest hands ever and still not get the job done the way you’d want it because of this small hiccup.

Using either a LED or laser mouse will minimize – if not completely eliminate that problem. They can both work on pretty much any surface. An optical mouse might work on a lot of surfaces you didn’t think you would work with using a trackball mouse, but be careful not to use it on anything that reflects light. Light is the key navigation mechanism of an optical LED mouse, so having the light reflected back to it is counter-productive. However, since a laser mouse’s imaging ability is much more superior to that of a LED mouse, you get more adaptability out of a laser mouse. They can even work flawlessly on a glass surface. This may not be an added benefit to some users, though, because – let’s admit it – not a lot of people use glass surfaces on their computer desks. It’s just not very practical. Now, this is where things get a bit tricky. This is probably the area where more advanced tech doesn’t always mean better. We say this because a laser mouse has much more sensitivity over the LED mouse that it could get in the way instead of help. Of course, you have the option to lower the sensitivity but then again, if you didn’t really need a highly responsive mouse in the first place, then why bother with a laser mouse, right?

The reason behind this is the higher DPI of laser mice. DPI stands for dots per inch. Both the laser and LED mice are now performing sufficiently, hitting their DPI targets, but it is still quite evident that it’s quite easy to lose control of the laser mouse due to its sensitivity. LED mice can reach up to 3000 DPI, while the laser mice can easily go twice as fast.

There are, however, practical applications of this feature. Granted that you are working on a flat surface, you can achieve a lot when it comes to illustrations or photo editing. You don’t need to exert as much effort as you’d have to with an optical LED mouse.

Our last point of comparison may not be that important to all users, but if you’re someone who’s working with a tight budget, it might be a deal breaker. Again, more expensive doesn’t always mean better. The same applies for optical mice. While the more prestigious laser mouse gets all the bells and whistles, it also means it’s going to be more expensive, which could cost you hundreds of dollars.

LED mice are much more affordable in comparison and while they don’t necessarily put on a lot of fancy display, they are definitely reliable. You can easily get a more-than-decent one below the $100 mark.

Pros and Cons: A Summary

A Quick Word Before You Decide

There is still one more thing to consider before you choose between an optical LED mouse and a laser mouse. That is whether you want to go wired or wireless. Here are a few more pointers to help you out with your decision.

The choice between a wired and a wireless mouse is certainly no competition if you already know what you need. If you’re a hardcore gamer who plays games for hours on end, then your best bet is to go for the wired mouse. However, if you want something with more finesse and aesthetic value, you can’t go wrong with a wireless mouse.

Now that we’ve covered the basics, we can now safely give you our answer. The winner is…the optical LED mouse. We know that the laser mouse has all the fancy tricks covered but at the end of the day, if you’re using it mainly for gaming, you don’t really want to work with something that’s too sensitive. There are ways to lower the sensitivity, but the optical mouse is already a great pleasure to work with because it has the perfect balance of affordability, accuracy, and functionality.

Don’t get us wrong, though. If you do want all the things that a laser mouse has to offer, then by all means, go for it. It is a great tool. And if you’re using your desktop for not just gaming for things other than gaming, then it might even be a great choice. However, because of its overly sensitive mouse cursor movements, the laser mouse is less than ideal for gaming.

How To Clear Application Cache and Temporary Files on Your Mac