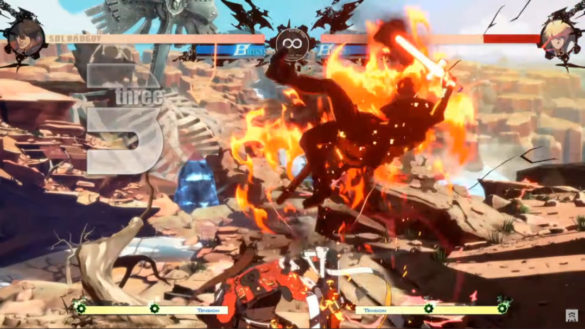 Sol Badguy, one of the poster children for the Guilty Gear series, has returned in Strive to deliver some more pain. This iteration of the iconic character sees him somewhat simplified, but that doesn’t make him a chump. In fact, Sol is considered one of Strive’s strongest characters. He’s also ideal for beginners as his kit is straightforward and versatile.

Whether you’re just getting started with Guilty Gear Strive or fighting games in general, our Sol Badguy guide will give you all the tools you need to kickstart your journey

In neo fighting game community terms, Sol in Strive is considered a gorilla character. In layman’s terms, that means he’s a robust offense-based fighter who excels at forcing 50/50 mixup situations. He’s at his best when he’s in the opponent’s face, conditioning them to fear one option and then going to town with the rest of his moves.

Although he can hold his own in neutral midscreen situations, he lacks reliable range tools to make him contest proper zoner characters. His tools give him options for forcing his gameplan, though, which makes him such a strong character. 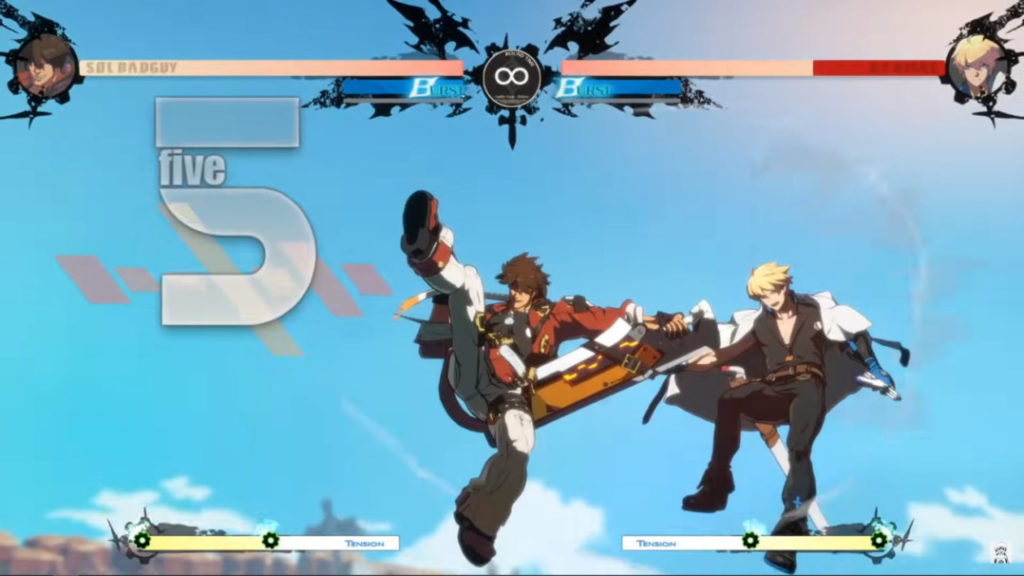 This guide uses standard numpad notation to indicate motions and directional buttons. All moves are written as though performed from the left of the screen. Guilty Gear Strive also has its own naming convention for attacks as follows:

Strive is a game that uses proximity normals, meaning some attacks change depending on your distance from your opponent. We’ll be using the c. notation for close normals and f. notation for far ones in these cases.

We’ll also be referring to Roman Cancels as RC. If you’d like to learn more about this mechanic, you can read our guide here 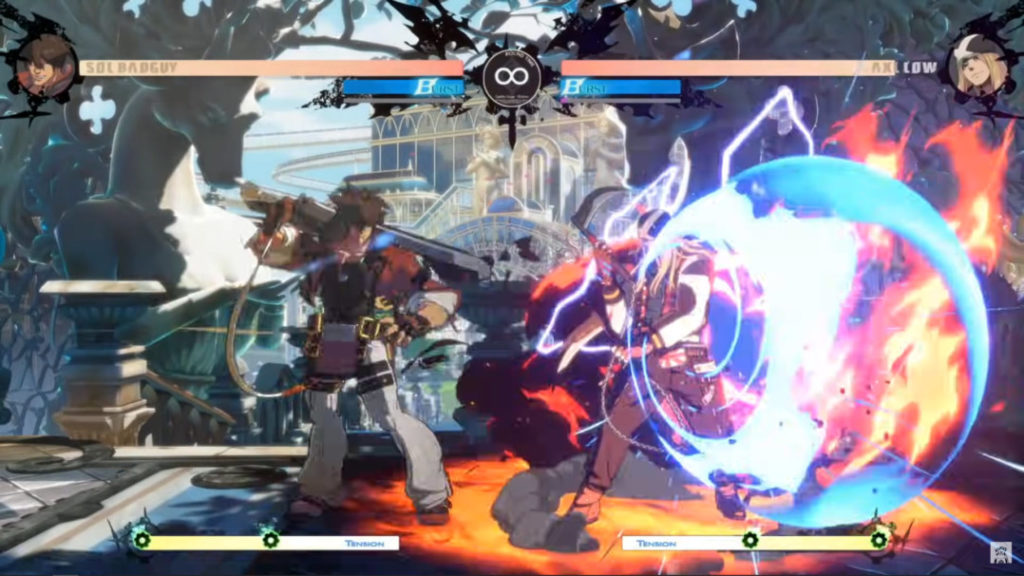 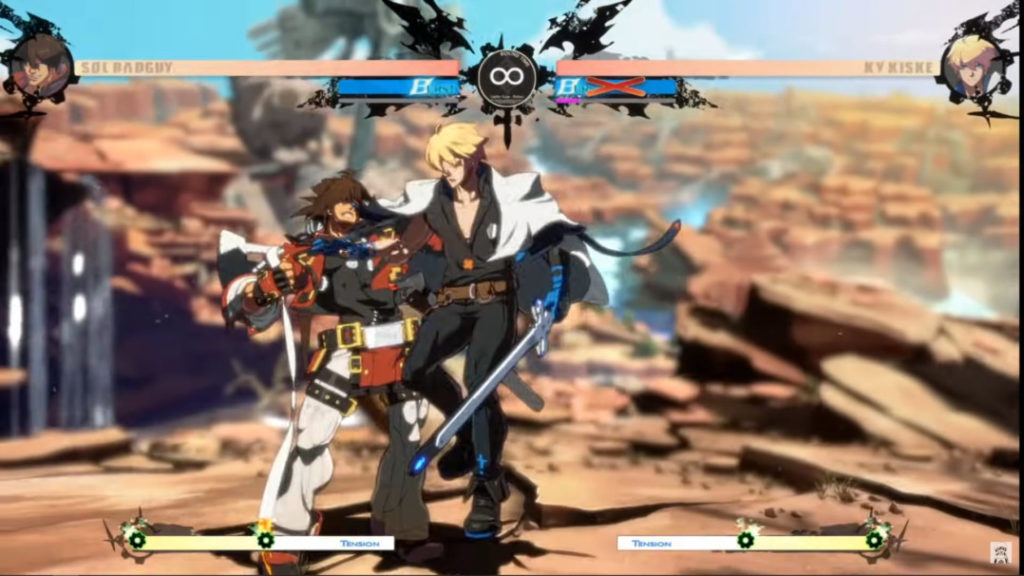 Sol’s projectile that’s a superb pressure tool from mid-to-close range. It’s not fast enough to content better projectiles, such as Ky’s, and doesn’t go very far. However, its active frames allow it to continue pressure on a knocked-down opponent. Its vertical hitbox enables it to combo opponents in aerial states.

This move is Sol’s DP, which allows him to anti-air jumping opponents and interrupt their pressure. The S version is the one to use on defense. It’s important to note that throws will beat its startup frames on wakeup. The HS version can be used as a combo ender. Its second hit will register as a Clean Hit (meaning more damage) if Sol is close enough to the opponent.

Sol’s most prominent combo tool that has become even better thanks to recent patches. You can now manually input the second hit by pressing K a second time after the first attack. Its primary use is for combos. It’s the best move to use RC for combo extensions, especially in the corner. 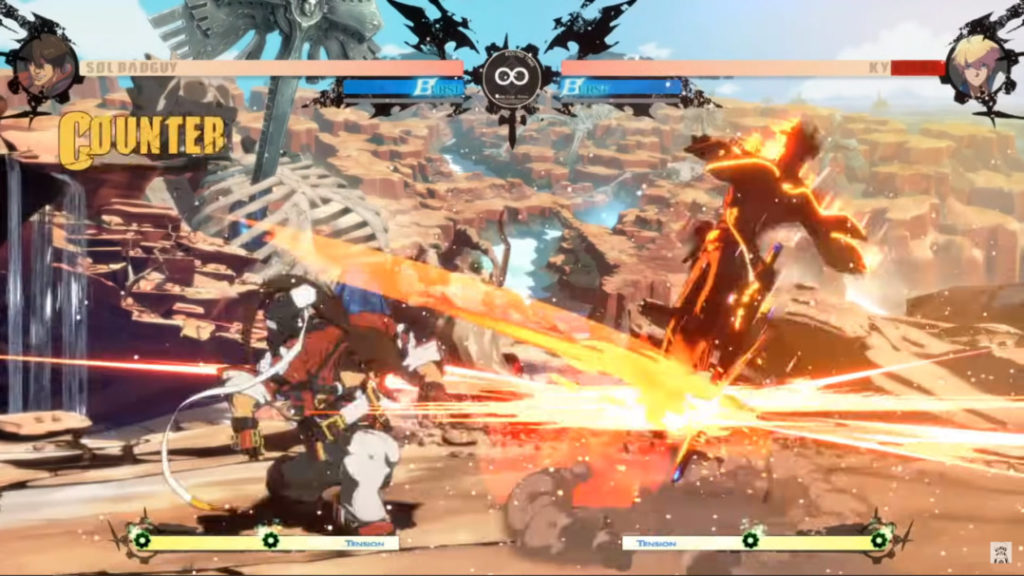 A superb move that has a lot of utility. Because of its fast recovery, you can use it safely in the neutral to get in, though it won’t be your turn in most cases if the opponent blocks it. Bandit Bringer can also be used as a combo ender, and in many cases, it’s more favorable than HS Volcanic Viper.

A strong command throw that can lead to scary damage when combined with RC. Its best use is as a surprise attack when you’ve conditioned the opponent to block a lot.

One of Sol’s specials that cannot be special canceled from any move. NRV can low profile many upper body attacks and has a lot of combo potential when combined with far hitting counterhits. A neat trick is to RC once the dash ends and immediately go for a surprise Wild Throw. The timing needs practice, but it’s highly rewarding if you have Tension to spare.

Another special that you cannot cancel into from other moves. However, Fafnir is a fantastic move to throw out in various situations. On block, it causes a guard crush which you can then follow up with a 6S that’ll lead to a counterhit if the opponent presses a button. Fafnir is also the go-to move when you get a wall splat.

The first of Sol’s Overdrive attacks has a fair bit of utility and costs 50% Tension to use. It has strike and throw invincibility, so you can use this as a defensive move on wakeup if you know the opponent will go for something. It’s also wise to use this as a wall break attack because it will cause a hard knockdown after the stage transition.

A less versatile Overdrive with a lot of style. The best time to use this is if you have Tension to spare and your opponent throws something from far away. Sol will blow through their attack, and the opponent’s only option is to jump to defend themselves.

The following is by no means an exhaustive list of Sol’s combos. However, they’re a good starting point to get used to playing the character as well as learning to utilize Strive’s mechanics. WS notation stands for Wall Splat.