How to Use Roman Cancel in Guilty Gear Strive? 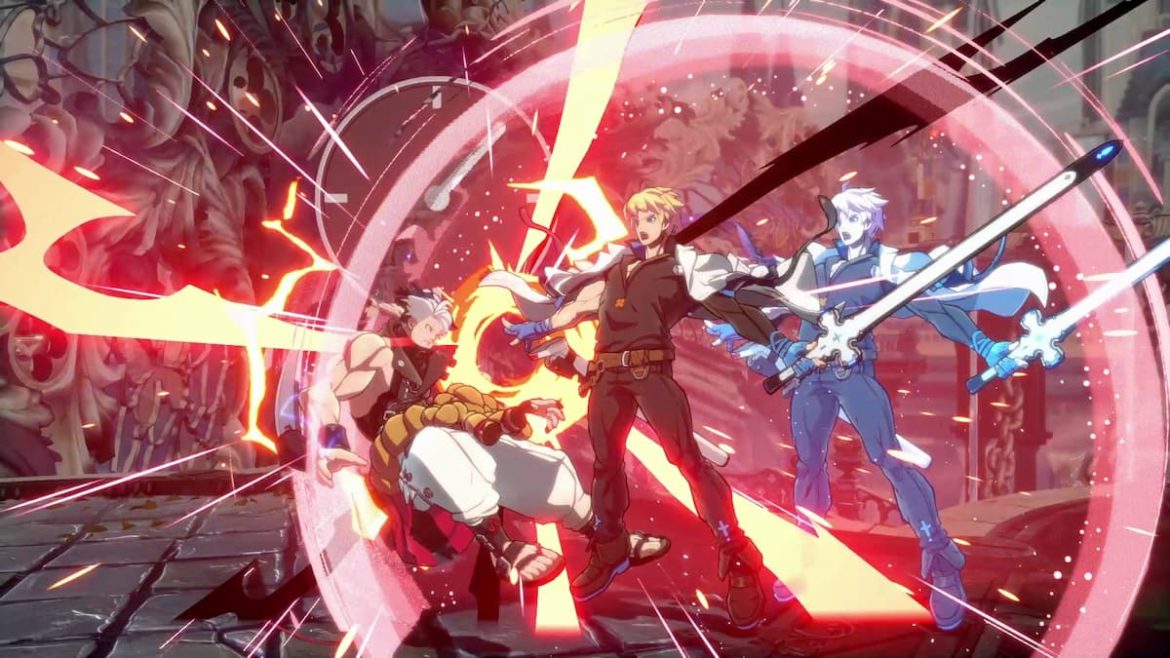 Guilty Gear Strive is one of the most popular fighting games right now. Compared to past iterations, this newest entry has simplified the series’s signature systems. While not as complex as before, one of these systems can still take a bit of time to wrap your head around. We’re talking, of course, about the Roman Cancel.

This post gives you everything you need to know about this powerful mechanic and how to utilize its various types best.

What is the Roman Cancel?

The Roman Cancel is one of Guilty Gear Strive’s universal mechanics, meaning all characters have access to it. It’s been a staple of the series since its earlier titles and opens up many possibilities for offense and defense.

It does what it says on the tin. By executing an RC, you can cancel a state your character is in by pressing three attack buttons together, with the exception of your Dust attack. The type of Roman Cancel you get depends on what your character was doing when you pressed the three buttons. You know that you’ve successfully executed a Roman Cancel when your character takes up a power stance accompanied by a flash. In most cases, they also emit a shockwave that’ll slow down time for your opponent for a short time. The color of the activation flash of the RC you used will indicate which type you’ve executed:

To activate an RC, you also need at least 50% of your Tension Gauge. The reason for this cost is that as a move, it can be potent. If used during a combo, the potential for extra damage grows exponentially. Furthermore, on defense, a well-placed RC can help you turn the tide of a fight.

Why Do You Need to Learn It?

While significantly less complex than its predecessors, Guilty Gear Strive still has a few systems and elements to wrap your head around. It’s easy to forget or be intimidated by a versatile tool like the Roman Cancel. However, it’s essential that you learn how to use it as soon as possible. RCs allow you to extend your combos. In many cases, having 50% tension while you’re hitting your opponent with a standard bread-and-butter combo means that you can cancel into an RC to continue comboing them for more damage. It’s also great for carrying your opponent closer to the corner.

Guilty Gear Strive’s RC system has several powerful defensive applications. For example, because of the slowdown effect, you can use it to check what your opponent is doing during a scramble moment or when you’re on wake-up.

The Roman Cancel allows you to cancel any move at pretty much any state, meaning even on whiff or block. If you toss out a move in a risky situation, but you realize the opponent can hit you on your recovery, you can use RC to cancel the animation earlier. It’s a great way also to make your slower moves safer.

As you can see, the Roman Cancel is a versatile tool. For that reason, you shouldn’t sleep on it. Even if you haven’t practiced optimal combo extensions, canceling into RC is worth the tension, even for a couple more extra hits. The Red Roman Cancel, or RRC, is the most common of the bunch. Because of the damage potential we mentioned earlier, most players try to save their Tension for this particular type.

You execute an RRC by hitting three attack buttons while you are attacking an opponent and place them in one of the following states:

A successful RRC flashes red during activation. This cancel is also accompanied by a shockwave that’ll slow down your opponent for a bit. You can tell they’re in this state by a clock icon that appears next to them.

The RRC allows you to effectively cancel the move you’re performing so you can freely do whatever you want next.

A typical application is to extend your combo. Because of the slowdown properties of the shockwave, you’re pretty spoilt for choice on which move you can do next. It’s essential to make sure you can land at least 2-3 extra hits to make it worth the Tension.

Another instance is when your opponent is blocking you. By canceling any of your moves while your opponent is in block-stun, you can either extend your pressure or give yourself time to block if you executed a risky move. A popular example of this is during an uppercut move like Sol’s Volcanic Viper, which is highly punishable. The Blue Roman Cancel, or BRC, is a somewhat underutilized move with a lot of potential. It’s easy to underestimate its value because it doesn’t often lead to more damage. What it does well, though, is give you more survivability and opens up opportunities to launch a counter-offense.

The BRC flashes blue as one would expect. It also emits a shockwave that puts the opponent in a short slowdown state. Successfully landing this effect is indicated by a clock icon.

While it sounds like this Roman Cancel only has defensive applications, it can also be a potent offensive tool.

On defense, it allows you to check what your opponent is doing, especially when they attempt to attack you unexpectedly. The combination of the BRC flash that freezes time for a bit and the slowdown effect gives you ample time to execute a response.

When on offense, a well-timed BRC can disrupt your opponent’s plans for a counterattack. For example, if you’re walking up to them and they’re expecting a throw, you can hit them with the BRC shockwave to check their actions and mount a suitable offense against them. The Purple Roman Cancel, or PRC, is another less pronounced RC that can help you make your offense and neutral game more unpredictable. It’s also, though, the riskiest among the four types of Roman Cancels.

A PRC is executed by hitting three attack buttons during the recovery frames of any move. These refer to the frames of animation you need to return to a neutral state after you execute an attack. What’s more, your opponent must neither be in block-stun nor in hit-stun for a PRC to activate. It’s this precise reason why this is a risky trick to use. Your enemy has the ability to mount a counterattack on you if they see the PRC coming.

The best way to utilize the Purple Roman Cancel is sparingly and when you have your opponent on the ropes. After launching several different kinds of offenses, hitting PRC during one of them at the right time can lead to complete confusion, granting you rent-free access to your opponent’s head. The Yellow Roman Cancel, or YRC, is a powerful defensive tool that you should take advantage of when dealing with an unrelenting offense.

A YRC is executed while you’re in block-stun. What will happen is that your enemy’s attacks will be completely negated. On top of that, your activation shockwave will push them back in a slowdown state, granting you a considerable amount of breathing room.

Given how much you can gain from using 50% Tension via other RC types, the YRC feels a bit underwhelming. However, many characters in Guilty Gear Strive are capable of confusing mixups that can quickly put you on the brink of defeat. It’s during these moments when a well-placed Yellow Roman Cancel can help you turn the tide of battle.

Red Roman Cancels are great for offense, but that’s not all they can do. They can also be used to make an unsafe move, such as a reversal, safe to avoid getting severely punished.

Purple Roman Cancels can make your neutral game ambiguous. Try baiting your opponent to counter-poke you, then PRC your attack, so punish their whiffed button.

Blue Roman Cancels can buy you some time when your opponent surprises you with a fast-moving gap-closer.

The animation of Roman Cancels can be canceled by pretty a button or executing a special attack. A popular technique with Sol, for instance, is to use Vortex then PRC into an immediate Wild Throw. It’s a tricky maneuver, but mastering it will add a powerful weapon to your arsenal.

You can direct your character to move during a Roman Cancel, especially if they have momentum. This is called RC Drift and can be useful for mounting offenses and extending combos. Hold a direction during an RC to drift.

How to Boost Your GPU Performance: A Guide for Gamers