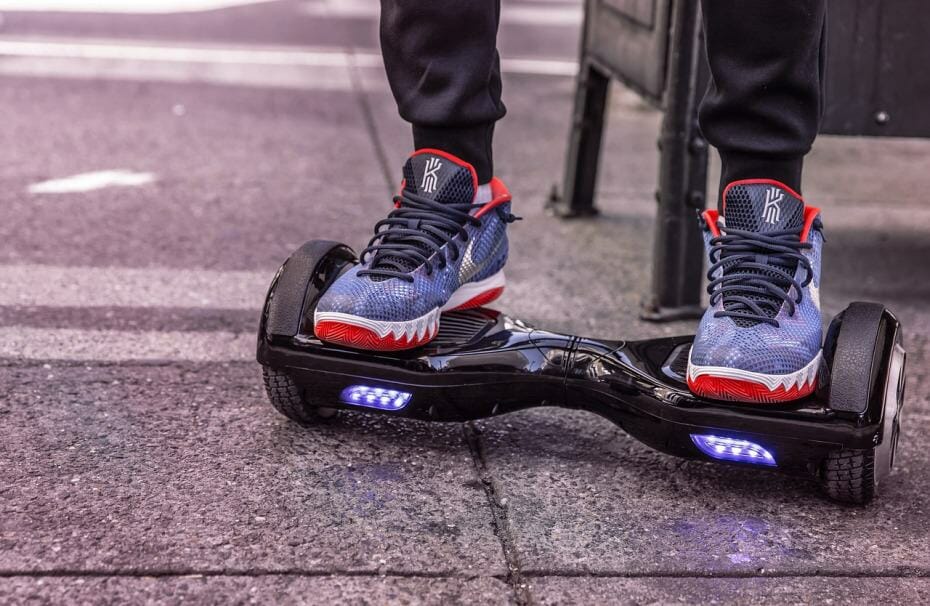 In this post, we compare the two top hoverboard options on the market - the Swagtron T1 vs T5...

Looking for the safest and most durable hoverboards in the market? You’re in the right place. Here, the Swagtron T1 and Swagtron T5 will be compared to each other since they’re two of the best, most affordable, safest, and durable hoverboards you’re ever going to come across. Which one is better? You’ll find out as you read more on this post.

About the Swagtron T1 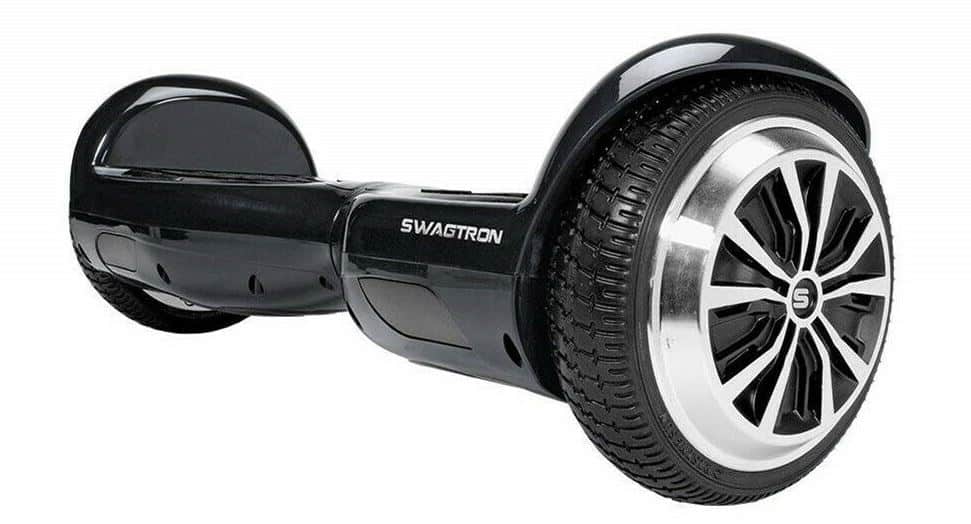 The Swagtron T1 is the first hoverboard to ever have a UL 2272 certification. This is a standard that shows that the hoverboard is safe to use and will not be catching fire accidentally.

Remember when there was so much news about hoverboards catching fire? Hoverboards from all over the world suddenly caught fire while charging or worse, while being ridden by a person. When news broke out about these incidents people avoided the use of hoverboards. Who wants to catch fire, right? This was when the UL 2272 certification was born.

When the Swagtron T1 emerged with a UL 2272 certification, people started to trust hoverboards again, particularly this model. It was affordable and durable, too. It has dual motors on each wheel allowing you to race up to 8 miles per hour. Plus, the powerful motor allows the hoverboard to carry a max load of 220 lbs. This is the kind of hoverboard adults can use.

Did you know that the Swagtron T1 has its multilayer protection? Other than their UL 2272 certification, Swagtron goes beyond expectations by having its own Sentryshield Multilayer battery protection that is a fire-resistant chamber around the battery. It’s an extra layer of safety if you’re still worried about overheating batteries.

About the Swagtron T5

The Swagtron T5 was built not to be a more sophisticated version of the Swagtron T1. Instead, it was built to be more affordable. Yes, Swagtron does know how to make hoverboards more available to people with different budgets.

The first thing you’ll notice in the Swagtron T5 is its speed. Its top speed is 7 miles per hour which is slower than the T1. While you might think that this is bad, it’s ideal for those who want to give hoverboards to kids. The slower speed and the overall weight of the product make it easier for kids to bring and use. To add to that, the maximum weight that it can carry is 187 lbs. It can still be used by adults but if you weight over 187 lbs, then it’s not ideal to use the Swagtron T5.

Moreover, this newest hoverboard model has retained its dual motors. Each wheel has a motor powerful enough to carry a total of 187 lbs and still reach a relatively fast speed. On a fully-charged battery, you can use it for a full 7 hours as long as you are on flat pavement.

Similarities between the T1 and the T5

If you’ve noticed, there are similarities between the T1 and T5. Although you came here to know how different they are, it’s also good to know what is guaranteed to be found on the two, so whatever it is you decide to get, you know that Swagtron has a minimum standard present in their models.

The first similarity is the UL 2272 certification. Swagtron guarantees that all their hoverboards are UL 2272-certified. This means that you can feel secure that your hoverboard won’t blow up for any reason. It also has the same company-patented battery protection. All Swagtron batteries are protected with a Sentryshield Multilayer battery protection that keeps the battery safe even if your hoverboard goes through wet surfaces.

As if these two similarities weren’t enough, Swagtron also has dual motors for both the T1 and the T5. Does that mean it’s more powerful? Yes. Even if you buy the T5, the fact that you have two motors (one on each wheel), is proof that the hoverboard has sufficient power.

All these similarities are good, but Swagtron hoverboards are not without flaws. One of its flaws is the performance when you go over bumpy surfaces. Needless to say, the T1 and T5 are for city use only. If you can ride it on flat surfaces only, the better. You don’t want to break the hoverboard by going over gravel and humps.

Lastly, you can guarantee that the Swagtron hoverboards will have superb customer service. The beauty of buying a hoverboard from a known manufacturer is that their customer service is reliable. If you ever experience problems with your device, be it the T1 or T5, Swagtron has an amazing team that will help you in your concerns.

Differences between the T1 and the T5 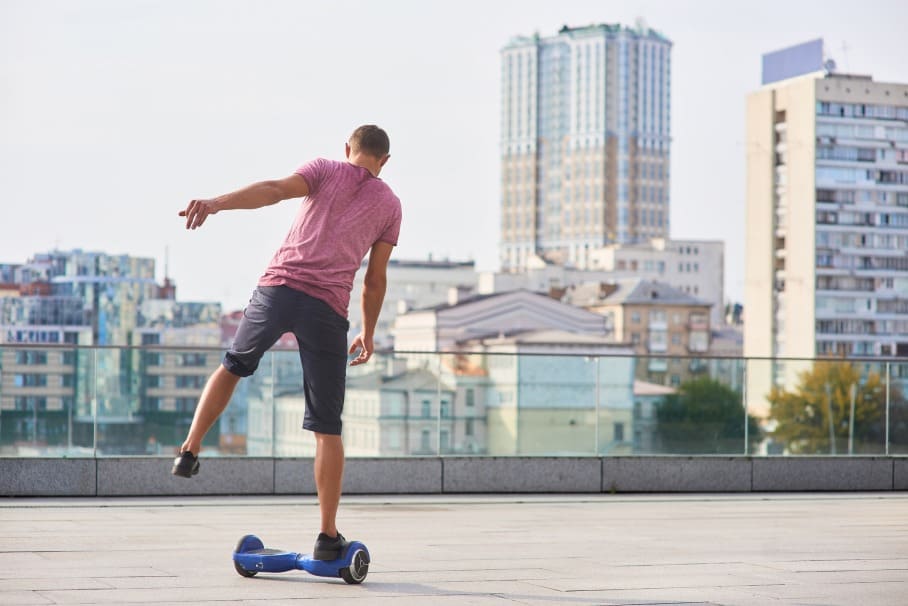 What’s the difference between the two? Are there better specs in the T1 than the T5? To make comparing a lot easier, here are the main differences between the T1 and the T5.

A quick look at the two models and you won’t immediately notice the difference in design. They still have the same hard plastic base and cover for the wheels and rubber padding on the steps. It also has a shiny coating to make it look brand new and clean. However, there are slight differences you’ll notice as you look longer.

Secondly, the Swagtron T5 will look a lot smaller than the T1. The hard plastic shaping the board itself is more compact and is much more elevated from the ground. This is because it doesn’t house LED headlights anymore.

You’ve read a while ago that the Swagtron T5 has a slower speed - it’s 7 miles per hour and it’s a lot slower than the T1. The T1, on the other hand, has a maximum speed of 8 miles per hour.

Is the 1 mph difference important? That depends on what you need the speed for. For example, if you plan on giving a hoverboard to a kid, that 1 mph is important because it increases the safety of your child. However, if you are giving this to an adult who wants to use the hoverboard for leisure and adventure, then the higher speed will prevent them from getting bored of the ride.

Because the two Swagtron models have different batteries and motors, you can expect them to have different battery life. The T1 has a more powerful motor and battery allowing it to last 12 miles of travel on a fully-charged battery. Keep in mind that the 12 miles can only be reached if you’re riding on flat surfaces. If you’re passing through bumpy roads and non-cemented areas, the distance will be much shorter.

As for the T5, the battery life is only good for a total of 7 miles. Again, this is only for flat surfaces. Unfortunately, the battery life of T5 is a lot shorter than T1’s battery life. This might be a major consideration for picking the latter especially if you are using a hoverboard as a means for transportation.

There’s a huge difference with how much weight the T1 and the T5 can carry. Since the T1 has a more powerful motor, it can carry up to 220 lbs. The same can’t be said for the T5 because it can only carry 187 lbs.

Swagtron T1 vs Swagtron T5 - What Should You Get? 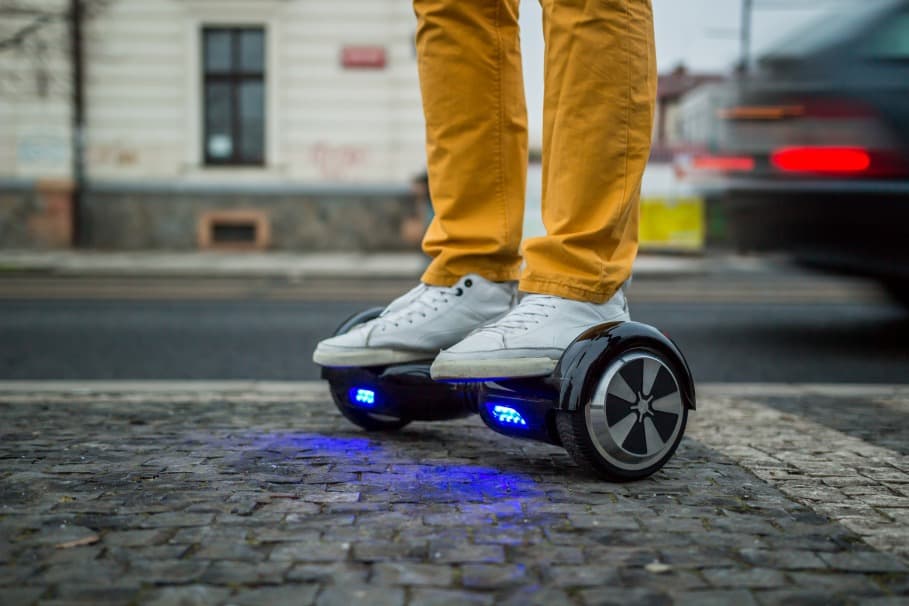 Is the T1 better than the T5? No, not all the time. The two Swagtron models are great hoverboards and both of them excel when it comes to durability, security, customer service, and design. But of course, they have their own pros over the other. If you’re looking for buying one of these, here are a few questions to ask to know which should you pick.

If you’re only looking for a hoverboard that is the most affordable, then your best bet is on the T5. It’s cheaper by tens of dollars. Don’t worry, just because it’s cheaper doesn’t mean it’s dirt-cheap. Swagtron is known for making high-quality hoverboards at an affordable price, so you’re safe buying even their lowest price model.

Meanwhile, if you’re looking for something that gives more value-for-money, then you might want to consider the T1. Why the T1 when it’s more expensive? When it comes to price, sometimes, the higher price can be the wiser choice. For example, if you intend to use a hoverboard for transportation in the city, then a hoverboard with lower specs might compromise your reason for buying. Obviously, you don’t want that.

In cases like the one above, buying something more expensive, like the T1, can be a wiser choice especially when what you’re buying can satisfy your needs.

For kid-friendly hoverboards, the T5 is the obvious winner here. The reason for this is that even at maximum speed, the T5 can only go up to 7 miles per hour. This is a lot slower than the T1’s speed. Even if you say that the T1 has a learning mode where it lessens the maximum speed a person can reach, it’s not as slow as what the T5 can go.

To add to that, the T5 is more kid-friendly given that it is slightly smaller and lighter. However, you should not let your children use it at night because the T5 has no headlights in the hoverboards. If the headlights are non-negotiable, then you can choose the T1. You have to be warned though, allowing your kids to reach an 8 mph is not safe.

If your priority is the speed, then your only choice here is the T5. It’s faster with 8 mph and on a full battery, it can cover 12 miles. The T1’s speed is remarkable and it can compete with the top-tier hoverboards in the market.

When you are looking for value for your investment, we recommend the Swagtron TI, which is expensive but worth the purchase. It is faster than the T5, with an interval of one mile. This is perfect for adults who value speed.

Additionally, the T1 has a powerful motor and is stronger to support 220 lbs against T5 that supports only 187lbs.

Notably, the battery life in T1 tackles you through 12 miles of travel, which is better than  T5 that takes you through 7 miles only.

Finally, the Swagtron T1 LED lights means you’ll be safe when traveling at night as they make you visible and safer.

How to Fix Taskbar Problems in Windows 10 (Simple Steps!)