The Last of Us Part 2: 5 Top Survival Tips to See You Through 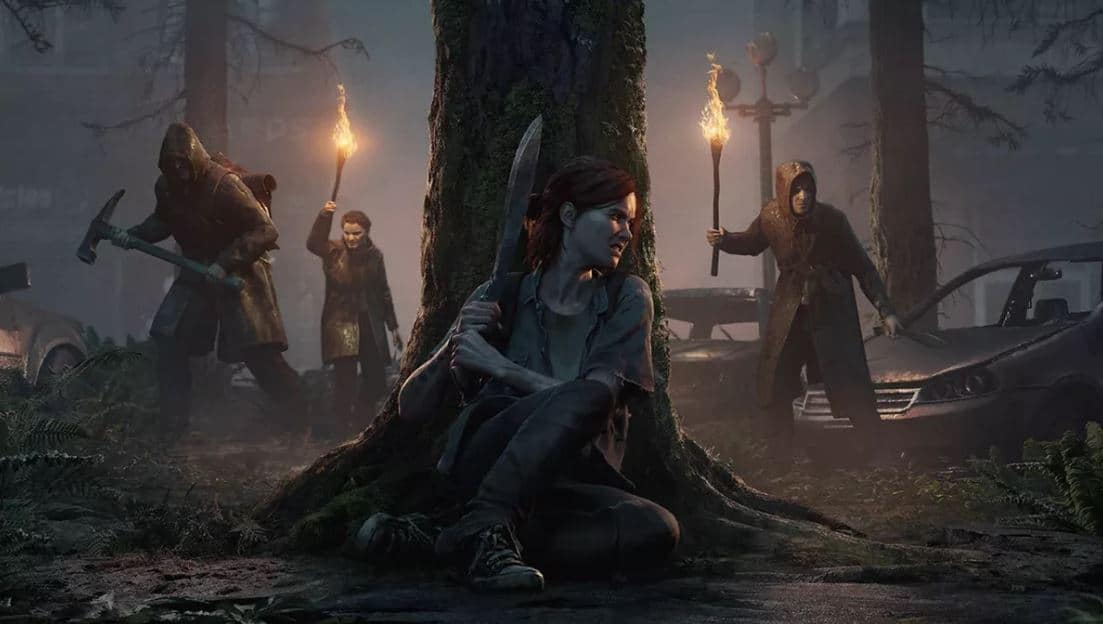 These are out top The Last of Us Part 2 Tips for surviving throughout the game...

The land of The Last of Us 2 is a cut-throat, dog-eat-dog dystopia. One terrorised by bloodthirsty militia's insatiable hunger for power, and the infected; fragments of their former human selves, feasting off humanities last surviving citizens.

At the beating heart of it all, the horror, the heartache, is Ellie. The Last of Us Part 2 follows on from the exploits of Joel and Ellie's initial outing. Five years in the future, precisely. Whereby the game continues the core story set against a post-apocalyptic vision of America.

Similar in so many ways to Naughty Dog's widely acclaimed first-entry, The Last of Us Part 2, presents a decent challenge. Especially so, for newcomers and novices of the franchise. So, to further enhance your chances of survival, we have composed a list of 5 essential survival tips for seeing through the Last of Us 2 Part 2.

Besides, The Last of Us Part 2 has a plethora of systems, which the player can utilise to their advantage. That is if used effectively. Whether you prefer the ground-pounding, all-guns-blazing approach, or select to sneak around stealthily like an assassin, this list has got you covered.

Upon reading, you will have gained knowledge of the necessary skills needed to beat the game. Or rather, at the very least, be able to handle yourself in the field. Easier said than done when presented with a Shambler, blocking your path. But still. You get the picture.

The Last of Us Part 2: Learn the Layout of Your Surroundings 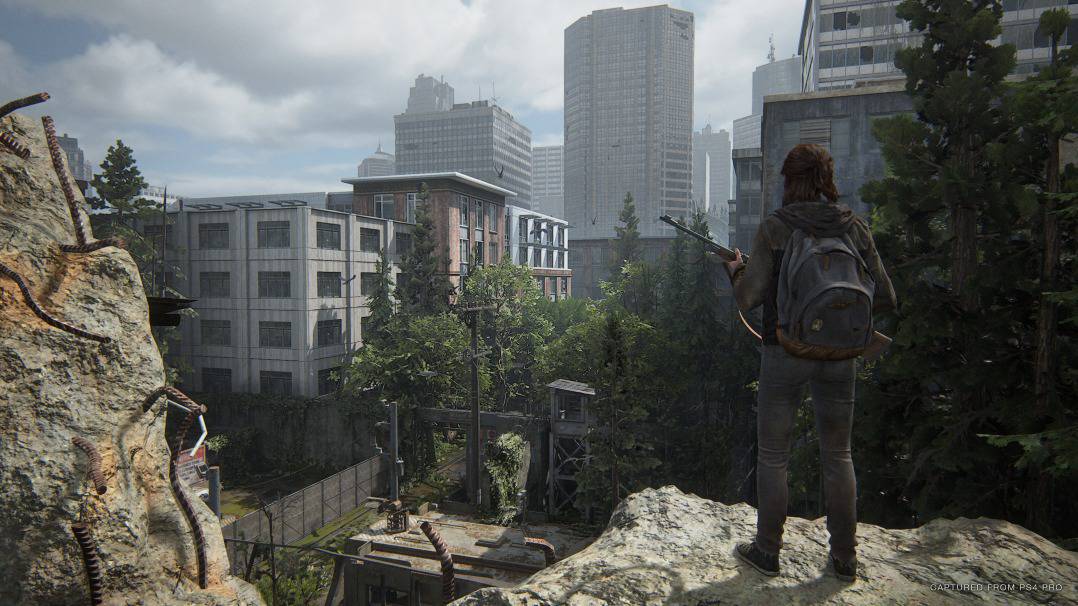 This first one may sound simple, but terrain plays a much larger part in areas where armed conflict ensues than the previous game. Locations then, this time around, are much less linear. Thus, allowing Ellie to tackle certain combat situations and traverse through sections in varying ways.

Ellie, being much more agile than most of her enemies, has at her disposal a more versatile range of movement. Not only can Ellie sneak through tight gaps or thin cracks in walls, but she can also climb, run, and jump with further freedom than ever before.

The option to crawl also comes into play. Hiding under vehicles, crawling through vents, and keeping a low profile, in general, can help you gain the upper hand, or at least, assume the tactical, positional advantage.

Just remember, improved traversal elements alongside an added sense of level scalability, give Ellie more purview over her enveloping surroundings. Which, in turn, issues decent vantage points, and methods of outmanoeuvring the opponent.

Try to use them wisely when the time comes.

The next point is pretty much key to survival. Although the game is playable in a gun-hoe manner, it is far more difficult doing so. Especially during later portions of the game. A good tactic is to scout out each conflict zone first using the sensory mechanic, known as "Listen Mode."

Firstly, this allows Ellie to pinpoint the exact positions of enemies and determine specific patrol routes. As a result, Ellie can partially see through walls, and hear nearby sounds with added clarity.

Throughout each warzone, are patches of tall grass, which Ellie can use for cover. But be warned, if the enemy strides to close, your protection becomes blown.

The other added benefit of stealth is that it can save ammo when reserves are at an all-time low. Sneaking up on an unsuspecting enemy and performing a stealth kill, could not only provide extra ammo from the fallen soldier, but surrounding guards will be none the wiser.

Trust me, fighting through sections of the game in alert mode, is much more challenging than sneaking about using stealth. So, I suggest bearing that in mind. Other than that, you can always hold the enemy hostage, forcing oncoming guards to back away. Thus, buying you added seconds to escape.

Alternatively, using silent weapons such as the bow, or crafting a pistol suppressor, will allow Ellie to take out enemies without raising too much attention.

Venture off the Beaten Track 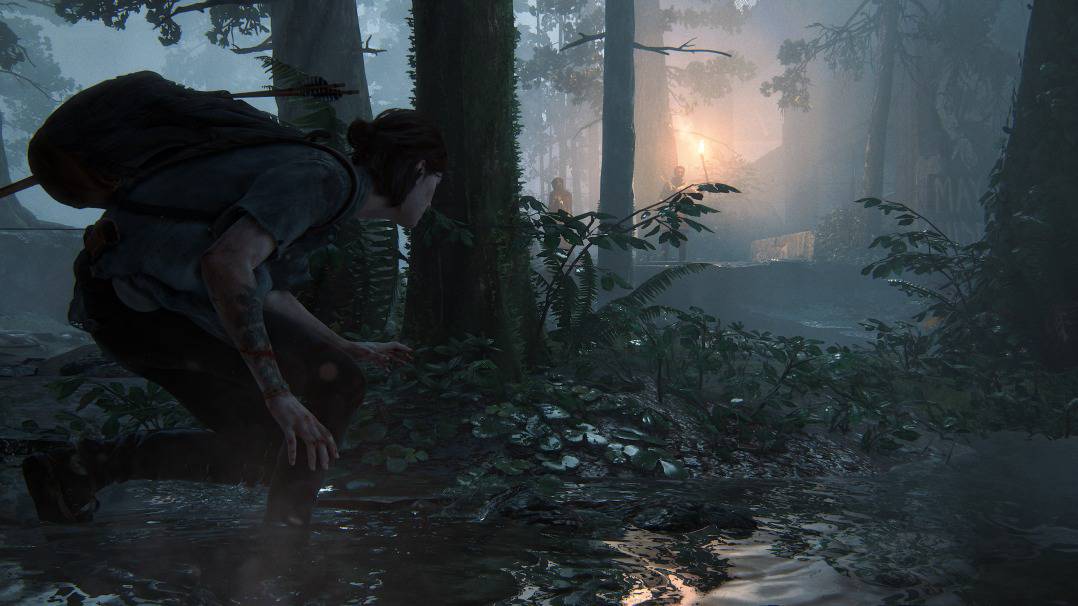 Perhaps this one goes without saying, but it is pivotal you explore as much of the broader world as possible, in The Last of Us Part 2. The prime reason for this is that many locations are much larger than they seem on the surface.

Hidden within, are valuable crafting components, supplements used to upgrade Ellie's skill trees, and the granddaddy of them all, ammo. Ammo in The Last of Us Part 2 is in short supply. At least so far throughout my experience it is. So be sure to search every notable nook and cranny.

The Last of Us Part 2: Dodge Like a Pro

Of course, you cannot always take enemies out from long-range. And sometimes, they are bound to get in your grill. Face-to-face exchanges happen frequently, and melee combat is far more nuanced than the first entry.

For instance, Ellie can now dodge oncoming attacks, with a well-timed button press. If employed right, this can be a life-saving mechanic. Often, you will find yourself fending off enemies up close. Be sure to dodge combatants holding heavy weaponry, as they will likely cause considerable damage.

This defence mechanism works against clickers too. Though not against larger forms, like the Shamblers. I advise against going toe-toe with a Shambler using fisticuff strategies. Not unless you want an early grave.

But be sure to use it when the going gets tough, or when the numbers swing against you.

The Last of Us Part 2: Upgrading and Crafting are Key 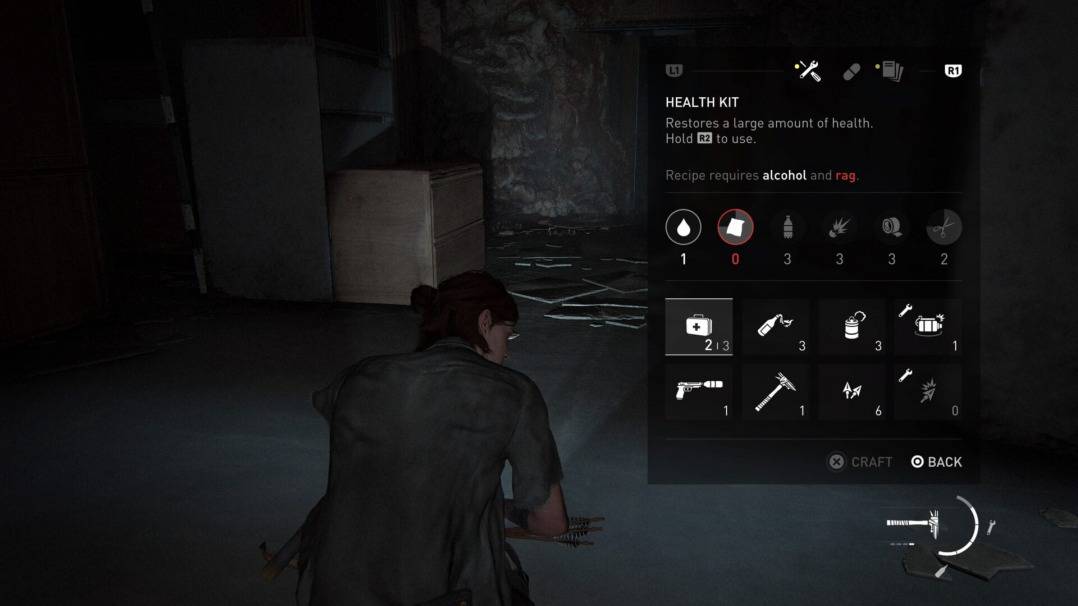 Lastly, we have aspects of upgrading and crafting. Both of which have a considerable say in player progression. In terms of crafting, Ellie has access to workstations, at which she can modify and customise weapons to her heart's content.

Perks like improved fire rate heightened damage and increased range all help to optimise Ellie's hellish fight for survival. Things like gun sway and limited magazine size may seem trivial on their own, but in the heat of battle, they could well determine who lives and who dies.

Upgrades via Ellie's skill tree are also crucial, which enhance various survival, crafting and stealth elements. Be sure to plot points into your strong suits. Never those that deviate from your strengths or desired play-choice.

Now that you possess the knowledge necessary, it is time to put it all into practice. Good luck in the field and may battle bring you a step closer in your quest for redemption.