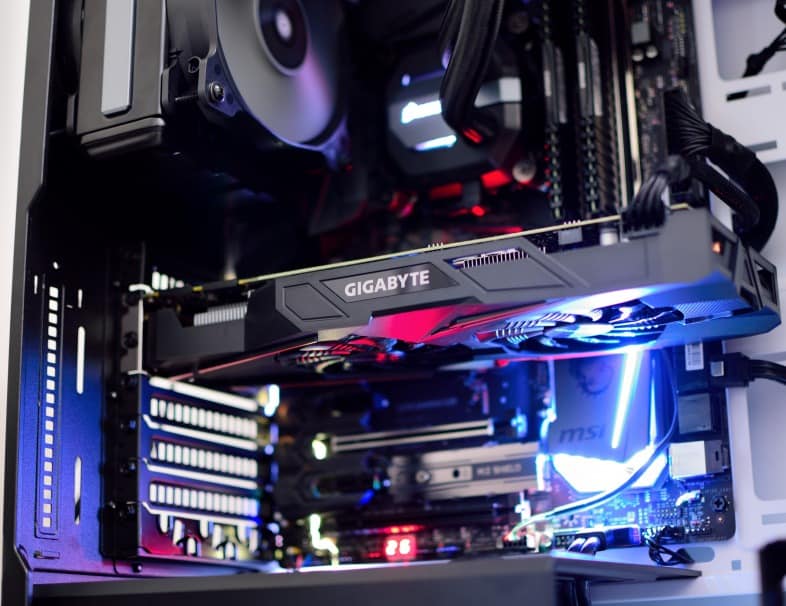 Is your CPU overheating? If it is, you will need hardware that will either distribute the heat or let it cool. When looking for a CPU cooler, you will always be asked if you’re getting a liquid or an air CPU model. The question is, which should you get?

What Causes a CPU to Heat Up?

Before delving into whether you should get a liquid or an air cooler, do you know why your CPU heats up in the first place? If you don’t, here are a few things you should know.

First, when your computer processor works with data, it generates heat. It’s normal for a CPU to heat up, especially when doing a lot of intensive processes all at once. You’ve probably noticed if you were running many applications and doing so many things simultaneously.

Another reason for an overheating CPU is that there’s no path for the heat to go through or transfer. This means that the heat gets stuck inside, causing it to overheat. If this is the case, you will need a CPU cooler. 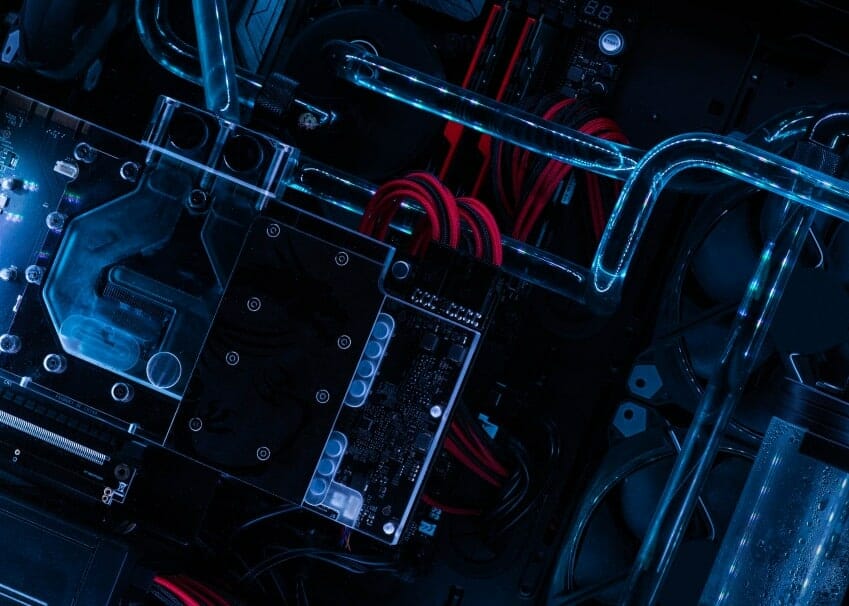 What, is water in the CPU? Yes, the liquid cooler uses water to keep the CPU cool. Don’t worry, this is perfectly safe for your hardware just as long as it is installed properly and the product is not defective.

A liquid CPU cooler starts by transferring the heat from the Integrated Heat Spreader (IHS). The IHS is the metal lid of the CPU that aids in conducting heat from one CPU to another. For the liquid CPU, the heat from the IHS goes straight to the baseplate right above it. From the baseplate, the heat travels through the water block, where it mixes with water. The heated water travels through a tube connected to the water block and toward the radiator.

The cooling process starts when the heated water is in the radiator, and air from a fan exposes the water. The air cools the liquid until it’s cool enough to flow to the water block. The cycle begins again when heat travels to the now-cooled water in the water block. 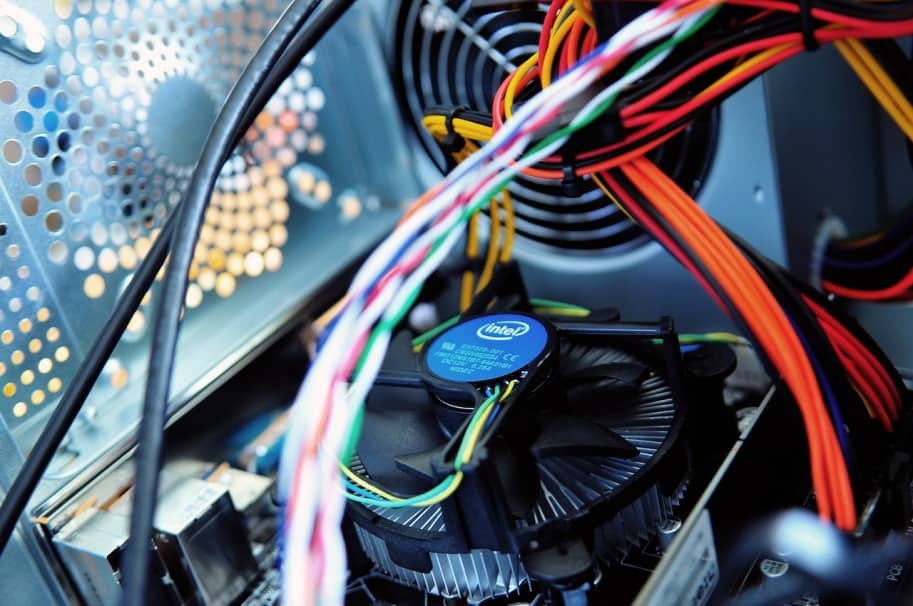 In reality, the air CPU cooler works just like a liquid CPU cooler. Of course, there’s no water involved here.

From the heat pipes, the heat will be conducted to a heatsink that has an attached fan. The fan then pushes the hot air away from the CPU and computer hardware. Take note, though, that the speed at which the fan’s hot air gets cooled depends on the fan’s power and size.

Liquid vs. Air – Which One is Better?

Now that you know the differences between a liquid CPU cooler and an air CPU cooler, which of the two should you get? Which one is better at keeping your CPU cool?

When deciding between the two, there are several factors that you have to consider. Here are four of those factors.

If you have limited space, picking a smaller CPU cooler is only suitable. Fortunately, an air cooler comes in various sizes depending on the size of the fan. Sure, the fan is still bulky, but you only have to look for a relatively large space to place it on. On the other hand, a liquid cooler has more components that it has to pass through. The tubes and radiators alone already take up a lot of space, so this is probably not your best choice.

Another factor to consider is price. Like different computer products, the price ranges from cheap to expensive depending on the brand, size, and material. If the material is made from aluminum, it’s cheaper, but of course, it’s not as good a conductor as metal (which is more expensive).

The air CPU coolers are usually more affordable among the two because you don’t need a radiator, a water block, or a pair of tubes. Fewer parts make it a lot cheaper than a liquid cooler.

For obvious reasons, the air CPU cooler is much louder than the liquid CPU cooler simply because the fan in the former does most of the job for cooling the processor. The more powerful the fan is, the louder it can be. Nonetheless, fans are already designed to produce as little sound as possible. If your fan has a noise reduction feature, it can be as good as a liquid CPU cooler.

Of course, you want to know which is more efficient when cooling your CPU. Between the two, liquid cooling is much more efficient because it can cool your CPU faster, even when you’re doing intensive tasks. The way that heat moves and gets transferred from the IHS to the radiator is more efficient, ensuring that all heat is cooled before it goes back to the water block.

However, this doesn’t mean that an air CPU cooler is inefficient. An air CPU cooler also works; it’s just that the heat that it takes away from the IHS remains in the whole CPU box, increasing the overall temperature of the system.

So what should you get? The obvious choice here is a liquid CPU cooler, but since it’s more expensive and complex to set up, you might prefer an air CPU cooler. That’s okay, too, since these two coolers are proven to work.

The Last of Us Part 2: 5 Top Survival Tips to See You Through