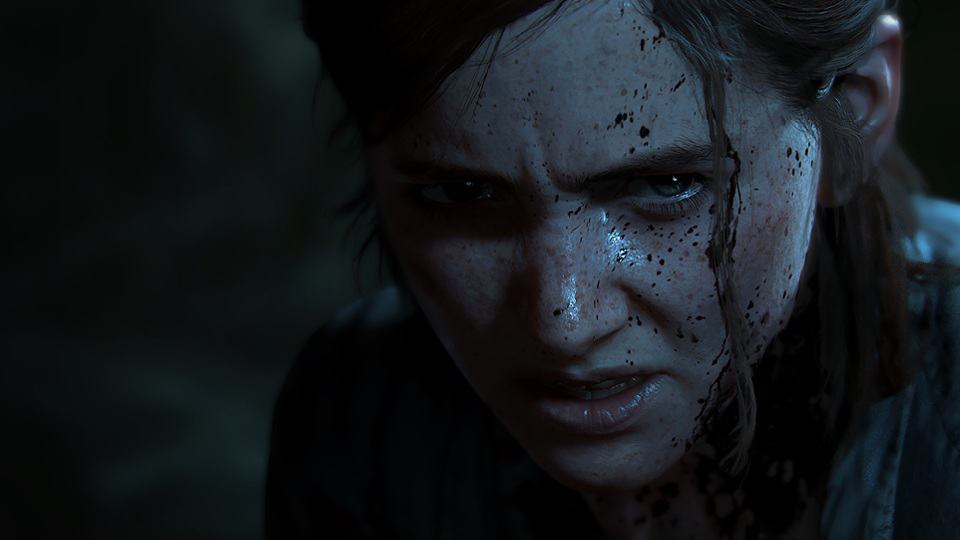 To cut a long story short, The Last of Us Part II has achieved not only critical acclaim but also, significant financial success. According to Sony, the PlayStation Exclusive game took home over 4 million over the initial three days.

Thus, overtaking the original's sales projections across the same period. Impressive stuff, indeed. That is a big deal. So, here is how it all unfolded. Amidst the highs and the lows, how did Naughty Dog's epic, post-apocalyptic sequel become one of Sony's highest-grossing games and the fastest-selling to date?

Well, it is time we take a deep dive into the post-release world of TLOU2. Here is a rundown of The Last of Us 2 sales so far.

Putting the figures into Perspective

Having reached the four million-milestone, in terms of launch success, TLOU2 sits at the top. And as it stands, The Last of Us Part II exceeds the sales for the same period, of both God of War, which sold over 3 million throughout the first three days, and Sony's smash-hit Marvel's Spider-Man. Which, according to USA TODAY, took home around 3.3 million.

Yet, The real icing on the cake, at least where Naughty Dog is concerned, comes with news that The Last of 2 Part II, eclipsed even Uncharted 4: A Thief's End, which made around 2.7 million in the first week.

So, with all that said, when you size everything up; taking all into account, it is a monumental achievement. Furthermore, perhaps it is a milestone which looked for all intents and purposes, increasingly unlikely on the run-up to release.

As you might imagine, this news will delight both Sony. Who can now breathe a vast sigh of relief, alongside Neil Druckmann, Vice President of Naughty Dog and Director on The Last of Us Part II. After having gone through the hardships of development, during the peak of the COVID pandemic.

That, among other issues which arose before the game's release. Those of which acting as further setbacks for the soon-to-be sequel.

In a press release on PlayStation's Official Blog, Neil Druckmann, on behalf of Naughty Dog, gives thanks to fans for their support, and the dedicated work of TLOU2's development team.

"We are so immensely grateful to the millions of fans around the world that have played The Last of Us Part II and shared their experiences with us over the last week. We set out to tell a new kind of story, one that deals with difficult themes and would challenge you in unexpected ways. Hearing how the experience has resonated with so many of you and witnessing the type of thoughtful discussions it has sparked has been so incredible. We've also been so inspired by your creativity — whether it's your gorgeous Photo Mode shots, jaw-dropping gameplay GIFs, or the songs you've recorded using Ellie's guitar, the statement reads. The Last of Us Part II was made possible thanks to the efforts of the hundreds of talented and passionate developers here at Naughty Dog. We can imagine no greater honor than seeing that same passion mirrored by the people playing it. Thank you for helping us reach this amazing milestone."

So, as you can see, some charming sentiments there. But also, a great way to thank the fans. Despite circumstances surrounding the game's release. All in all, I say hats-off to Sony and Naughty Dog for seeing it through in style.

So, what happened before the game came out? Let's find out.

The Last of Us Part II Release Was Not Without Controversy

We all want to see a game release without a hitch, a glitch, or any significant bumps in the road. But sadly, it is never smooth sailing. No matter the game, regardless of status.

On the road to release, The Last of Us Part II was hit by a giant bombshell when large parts of the game leaked online. Following an indefinite delay to release.

First to report the leak was gamesindustry.biz, which was shortly afterwards corroborated by IGN. Confirming that Restera had in operation, a spoiler thread showing off sections of gameplay and cutscenes. Of course, there was plenty of back and forth as to how this got out in the public sphere.

"SIE has identified the primary individuals responsible for the unauthorized release of TLOU2 assets. They are not affiliated with Naughty Dog or SIE. We are unable to comment further because the information is subject to an on-going investigation. We're looking forward to when The Last of Us Part II will be in your hands and can't wait for you to enjoy the full experience on June 19."

Shortly after, Video Game reporter Jason Schrier took to Twitter to give his version of the event. Based on his knowledge at the time. In the post, Schrier says that potentially, "hackers found a security vulnerability in a patch for an older ND game," then, "used it to get access to ND's servers."

So, a sad situation, for sure. I am happy to see the experience has still not spoilt for millions of players. Let's not forget, the game has gone on to be a critically acclaimed, financial success, despite those pre-release leaks. 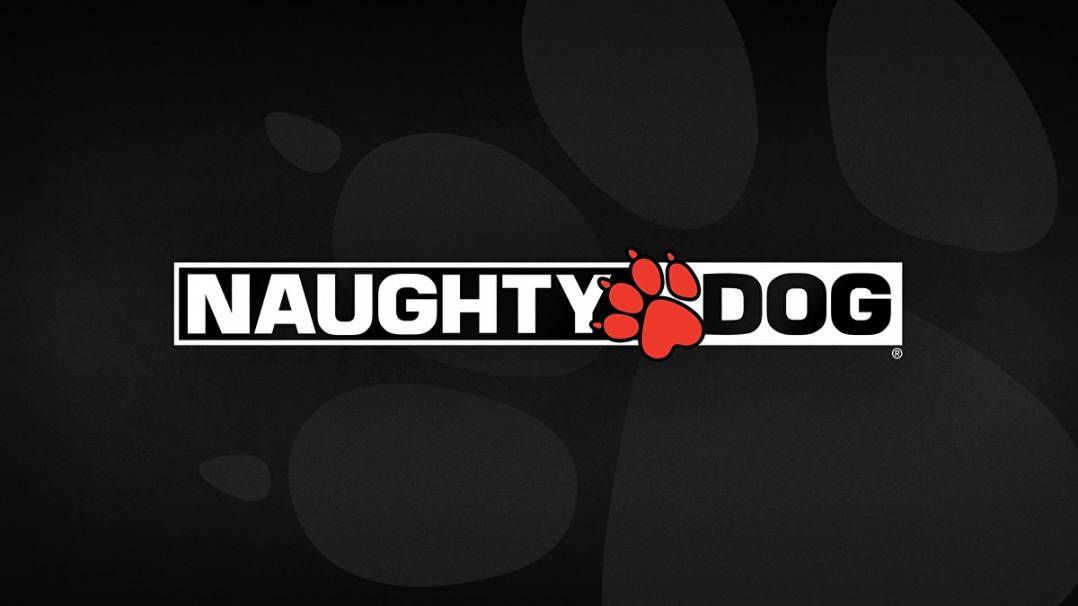 I am not a developer, but I cannot imagine how difficult it must have been, for Naughty Dog. By that I mean, to see core elements of the game exposed in such a way, right before release. Must have been heart-breaking. Whichever side the blame lies, I feel for them. The actions of those that did it, I could never personally condone.

Most of those that I have interacted with on Reddit seem to speak highly of the game, as do I.

Honestly, I am happy to finish off this article without dropping any spoilers! That is a win in my book.

But what do you think? Did the Last of Us Part II exceed your expectations? Does it live up to the insane levels of hype? Let us know your unique impressions in the comments.

Nice little distraction piece, tlou2 is not selling well atall. It was £15 brand new only a couple months after release, thats what happened when you lie and scam your fans through false adverting. 4 million ‘sold’ is built off of love for the first one but part 2 is the perfect representation of pretentious, talentless ‘writers’ destroying a franchise. Dumbing down characters to drive plot, retcons, cheap tacky manipulation and several other things. Tlou2 has not sold well atall and it is funny they are still trying to push this narrative that it is a ‘masterpiece that sold well’ when in reality it is a poorly written game that has completely flopped in the sales department.

There is no narrative being pushed. Try to get out of your feelings and accept the facts that have been laid out. How can you have a bigger launch than massively successful games like God of War and Spider-Man, yet pretend that TLOU2 wasn’t a hit? Completion rates are also higher than GoW and Spider-Man – more people who bought TLOU2 actually liked and finished what they paid for.

I finished it, even got the platinum, but I can’t say I liked it more than GoW or Spider-Man. What I’m missing here are current sales numbers, all I ever read is 4 million at launch, but that’s it.

would rather believe in solid numbers rather than metrics like ” Completion rates”. coz if 10 people played and finish the game that will mean a 100 per cent completion rate but that doesn’t mean it sold any more than Duke Nukem 3d . Hopefully ND mends their ways and fires all the staff associated with this atrocity of a game.

All i read and hear is this four million number since the beginning….
How much has it sold totally??
Don t they have an actual number???

All data points to a very successful product. Most AAA devs do not brag about sales even when they’re profitable, so breaking a milestone is very telling for TLOU2. Great game.

Funny the last of us has sold 20m plus weird they didn’t mention that lol . The last of us 2 is great. Lol er not really

IT was a big Flop. And i wonder If ND has learnt their lesson

So despite being able to find lifetime sales for almost any game without issue, the only number that you can find for TLOU2 is it’s 4 million launch window number. Why is that? Maybe it has something to do with the fact that sales dropped off over 80% after that initial 3 day launch. How much worse did sales get beyond that is anyone’s guess but the 4 million number only tells you one thing. That there were 4 million retarded SJWs waiting to buy this turd at launch. Get some real lifetime sales numbers or get out. Trash article, trash game.

The Sega Dreamcast was one of the fastest selling consoles at launch….look how that turned out for it. Launch numbers mean little. It’s games that have legs that reach truly great heights.