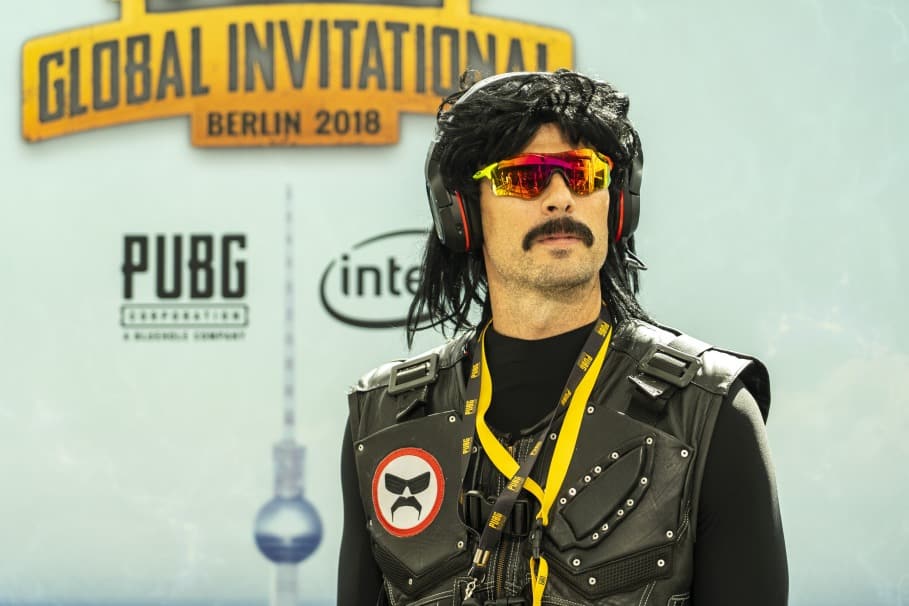 Who is Dr Disrespect? To answer this, we must delve back through the gaming archives. In recent years, Twitch streaming has taken the video game world by storm.

What was once a niche platform, used by a handful of content creators showing off their adept skills, is now a bustling marketplace full of big personas and bright personalities.

Harking back, I can still remember tuning into Twitch in its raw state, to watch Goldeneye speedrunners. Before the company had become the commercial juggernaut, it is today. Good times, that seem like an aeon ago, now.

Whether the focus is strictly speed-running, competitive-based, professional esports or casual streams offering hideouts for gamers to contribute via chat commands. Twitch, along with rival streaming platform Youtube, has generated big business for those looking to go live.

During the early days of Twitch, it was difficult for creators to generate income. Especially enough to resemble a stable source. So initially, before the monetization schemes, streamers were more passive, in their approach to the platform.

But as time wore on, the evolution of Twitch, cross-platform support, along with various partner and affiliate initiatives. Such as Patreon, added extra incentive for those looking to make a sweet, but steady buck.

So how does this tie into the article? Well, one of those content creators just so happens to be at the heart of today's topic.

Feel out of the loop in the digital age? Do not worry, my aspiring, tech-savvy chum, after today, you will feel right at home.

Table of Contents:
Who is Dr Disrespect?
The Sense of Persona
Other Controversies
Dr Disrespect Banned from Twitch
Our Verdict

Who is Dr Disrespect?

Commonly coined by his internet alias Dr Disrespect, Herschel "Guy" Beahm IV is an online streamer, and as of the making of this video, ex-Twitch streamer.

After quitting his job as community Manager over at Sledgehammer games, in which he had a hand in making multiplayer maps for Call of Duty: Advanced Warfare as a level designer, Beahm soon shifted his focus towards a full-time streaming career.

The Sense of Persona

As outlined above, Twitch streamers come in many forms. Some tend to purely promote gameplay while others rely on various props, personas, and other distinguishing traits.

Some are very much skill-based, too. The pursuit of perfection on Super Mario 64 120 stars , speed run, for instance. A no-hit-trial in Dark Souls perhaps? Or the precise reaction times and perfect frame inputs needed to pull off a winning round in FPS Apex Legends. In short, Twitch provides the ideal platform for players to promote their abilities to a worldwide audience.

On the other hand, streams can also cater for casual types or those engaging with the platform for the social side of things. Either way, there are more options now than ever before.

Dr Disrespect would probably fall into the latter category. As somewhat of an outlandish entertainer, attire comes as part of the act. Identifiable by his black, mullet wig, sunglasses, and a black or red tactical vest. And of course, the famous moustache.

With catchphrases like "Violence. Speed. Momentum" and "I'm on top of the mountain, and I'm only halfway up!", down the years, Dr Disrespect has carved out a name for himself on Twitch. Thus, bringing a comedic slice of video game action to the screens of gamers across the globe. But recently that all seemingly changed.

So that brings us up to the present day. And news that Dr Disrespect has been banned, perhaps permanently, from Twitch. Pretty serious stuff, one might assume.

Dr Disrespect is no stranger to controversy though. 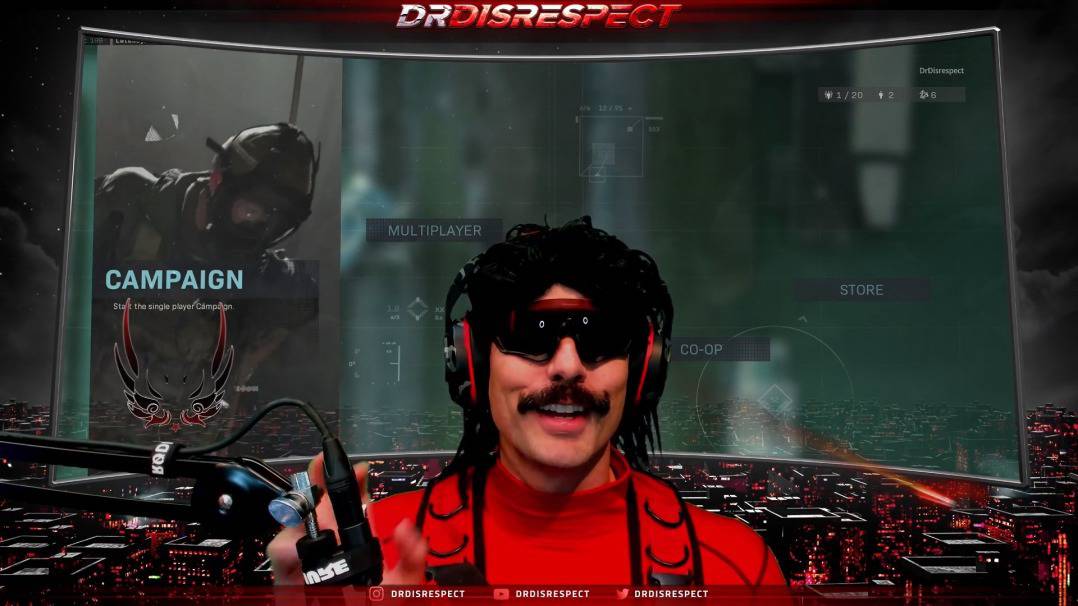 Not long ago, the online act came under criticism from Musician Jimmy Wong, who believed Beahm's depictions of Chinese accents and language to be racist. Claims which Dr Disrespect categorically denied, at the time.

Moving on, we have the infamous bathroom incident at E3 2019. At which point, Beahm's cameraman followed the celebrity into a public restroom, while the camera was still rolling. Unsurprisingly then, this was in direct violation of Twitch's privacy rules.

Which then, led to his channel being suspending. To add extra insult to injury, E3 revoked Beahm's event pass.

News of Dr Disrespects ban first surfaced on @StreamerBans, an automated Twitter account that shares when streamers get banned from Twitch, for whatever reason.

Since then, Dr Disrespect has spoken out on Twitter concerning the ban.

"Champions Club, Twitch has not notified me on the specific reason behind their decision... Firm handshakes to all for the support during this difficult time. -Dr Disrespect," the statement reads.

So, at this point, at least, it is still unclear as to what Dr Disrespect did. And why he was and remains banned for the foreseeable future.

In a Twitter post via @Dexerto, the popular news site declares that "Twitch have cancelled subscriptions to Dr Disrespect's channel" and are also "sending out refunds." 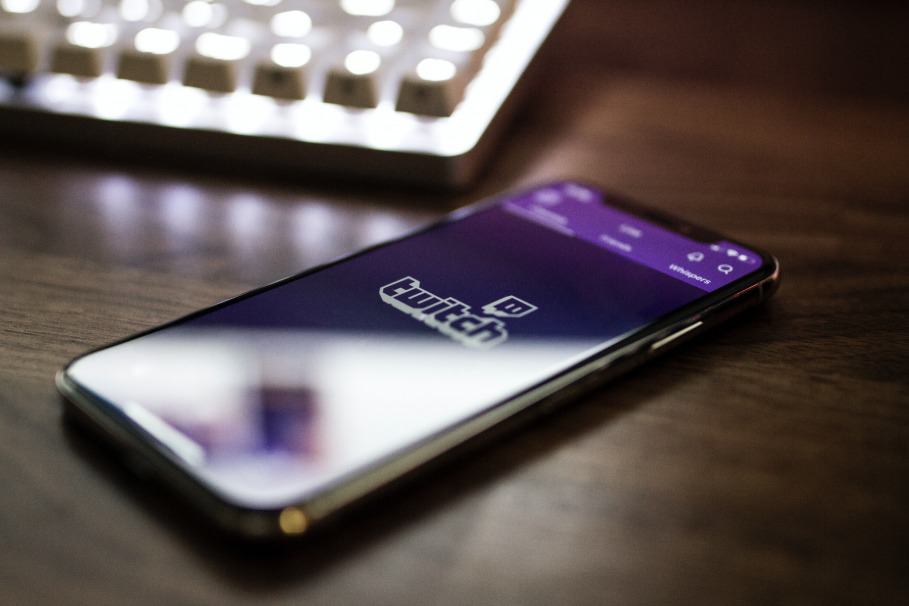 Another esports insider @Slasher appears to confirm in a Tweet that "DrDisrespect has been permanently banned from Twitch," and "it is not DMCA claim," as others have surmised.

Of course, we do not know the ins and outs of the case. So, it is impossible to speculate at this point. But to take such drastic action. And so suddenly, without warning. That may mean this is a more severe case than people are making out.

Who knows? Besides, the jury's still out on this one. But the mystery may continue because as it stands, there is still no official word from Twitch as to the true nature of events. Maybe will find out the real reason a little later, in advance? I hope so.

As and when that surfaces, you will be the first to know of Dr disrespects surprise demise. But until then, that is a wrap for today.

What do you think? Is the situation more serious than otherwise thought? Let us know your stance on the subject, down below in the comments.