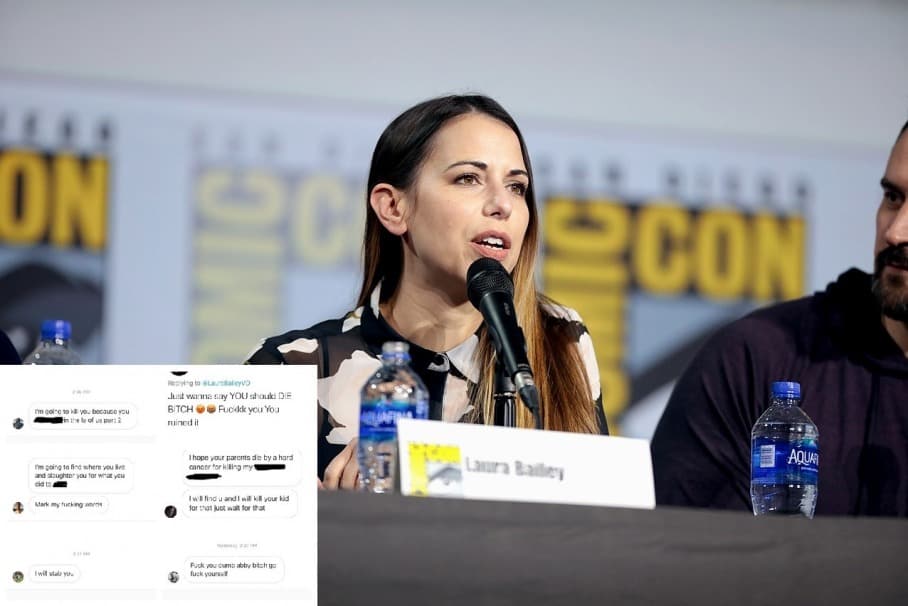 Following the release of Naughty Dog's widely-acclaimed The Last of Us Part 2, the game's developers, alongside various cast members have had to endure online harassment. And in some cases, even death threats. 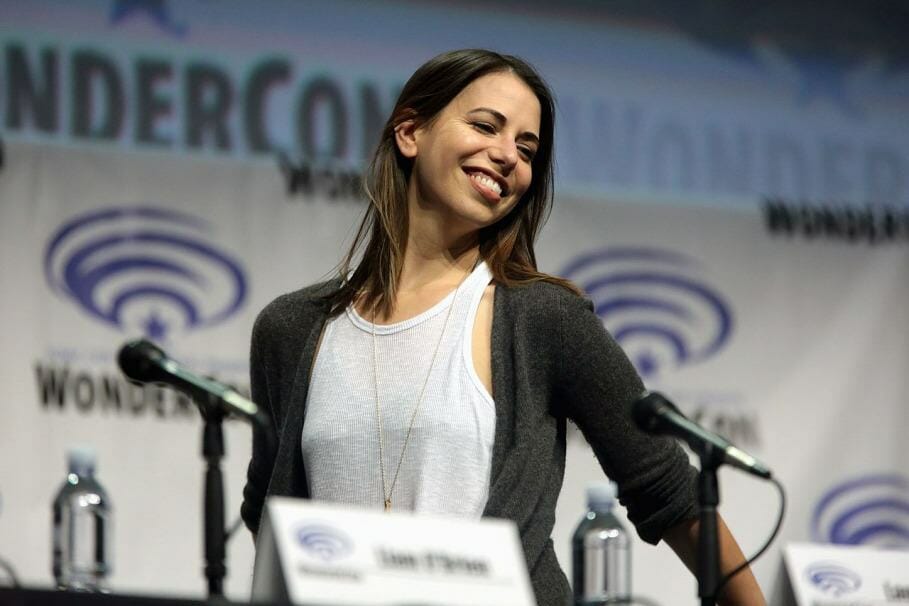 Cast our minds back to July 3. When Laura Bailey took to Twitter to shed light on some of the messages sent her way. Following the launch of The Last of Us Part 2, on June 19, 2020.

Alongside a screenshot that showed off some of the horrible hate mail, Bailey said:

"Man. I try to only post positive stuff on here... but sometimes this just gets a little overwhelming. I blacked out some of the words cuz, ya know, spoilers. Side note. Thank you to all the people sending me positive messages to balance it out. It means more than I can say."

As you can imagine, many people in the public sphere quickly rushed to Bailey's aid. Lending their support and condemning the words of online abusers. Which Bailey immediately accepted in kindness.

"Damn. The amount of encouraging responses to this... I've always believed that good people far outweigh the bad," Bailey said. "Thanks for reminding me of that today."

A couple of days later, Naughty Dog affirmed its position on the matter. Releasing a statement via Twitter, condemning all forms "of harassment or threats."

"Although we welcome critical discussion, we condemn any form of harassment or threats directed towards our team and cast. Their safety is our top priority, but we must all work together to root out this type of behavior and maintain a constructive and compassionate discourse."

Not long after, perhaps barely an hour or so on, Neil Druckman, Naughty Dog VP, Writer/Director also chimed in on the act. Next to a picture showing off some of the more vile forms of online harassment and death threats sent his way, Neil took to Twitter to speak out against the hate.

"You can love or hate the game and share your thoughts about it. Unfortunately too many of the messages I've been getting are vile, hateful, & violent," Druckman said. "Here are just a handful of them (feel it's important to expose.) Trigger Warning: transphobic, homophobic, anti-Semitic, etc."

Shortly after acknowledging those taking to Twitter in his defence, Druckman replied:

"Thanks for all the incredible words of support. Just know, that despite all this, if somehow the lord gave me a second chance at making this game, I would do it all over again. Onto more positive things. Like burrito appreciation threads."

In my mind, whatever your opinion on a video game, no human reserves the right to send abusive and hateful messages. If you did not like certain aspects of a game, civilly raise them, and air views respectfully.

In no way, shape or size can these actions be tolerated or condoned. Today, I want to offer Naughty Dog my show of support, during what must be a difficult time for the team and cast members.

The Last of Us Part 2 The Rocky Road to Release 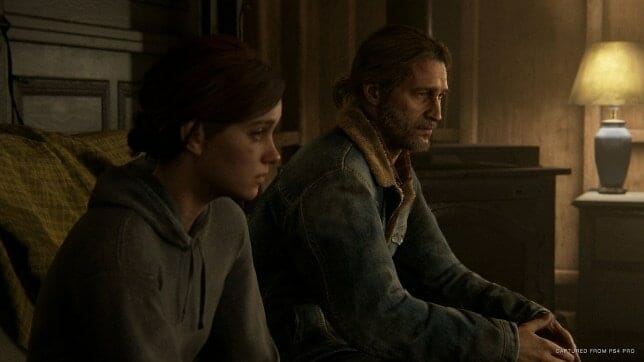 The Last of Us Part 2 released to a rousing reception from the critics. And as it stands, has amassed an accumulative Metacritic score of 94. Review experts from across the industry have shown plenty of positivity towards the sequel. But sadly, the same sea of approval cannot be said for players.

At least, if the mixed to average Metacritic User Score reflects reality.

On the other hand, in late June, Eric Lempel  Senior Vice President, PlayStation Worldwide Marketing, SIE, released a statement via the official PlayStation Blog, in which he outlined the game's sales success.

"We're delighted to report that The Last of Us Part II is now the fastest-selling first-party PS4 exclusive ever with more than 4 million copies sold through as of June 21. This milestone would not have been reached without the support from our amazing fans, so on behalf of everyone at SIE, thank you!"

Did the Leaks Impact TLOU2's Release?

Relax. We are not intending on exposing any spoilers here. So, you can read on, rest assured that your TLOU2 experience will remain untarnished. But it does beg the question, did the leaks before the game's release change public perception? Before it had even come out. And in turn, did that then result in unfair review bombing? Perhaps, reflected in the overall Metacritic score.

When the leaks first came to the fore, admittedly, I did my utmost to avoid them. And thankfully, I was one of the fortunate souls that stayed spoiler-free, despite, what controversial content eventually wound up in the public domain. Of course, I had seen, most of the gameplay trailers, along with snippets of cutscenes. But this was the norm for an upcoming triple a release.

Even then, it was an immense struggle to stay blissfully ignorant, amidst the enveloping drama. Especially so, considering my profession.

My Stance on The Last of Us Part 2 So Far 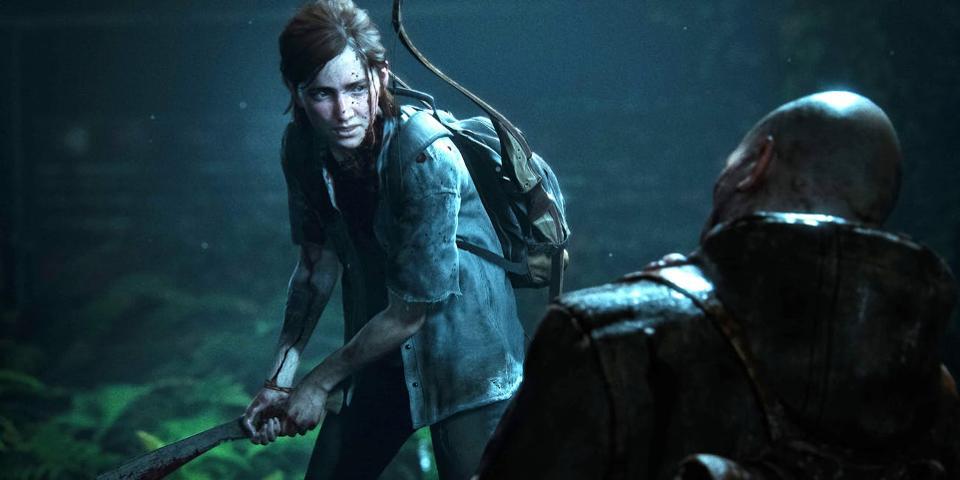 As of now, I am roughly 3/4's of the way through TLOU2. A litter late to the party, I know. But rather than rush through it, I intend to savour every morsel. In truth, I cannot recall a time where I have been this emotionally invested in a game. The cutscenes, for one, come beautifully-crafted. The gameplay, at its core, is gripping. And I am desperate to see the story through to its compelling conclusion.

Of course, I can see where some of the controversial plot points may arise. Though for me, the central story is sound.

I will finish by reiterating what I said previously. Harassment and threats of any form are sickening and unacceptable. Regardless of any personal impressions, no one should be on the receiving end of such heinous hatred.

What are your overall impressions? Is TLOU2 the masterpiece we have all been wanting? Perhaps you are disappointed in the concluding chapter? Please refrain from espousing plotline spoilers.