Threat Of AI &VR: Could Bots Ruin The Fun Of Online Gaming? 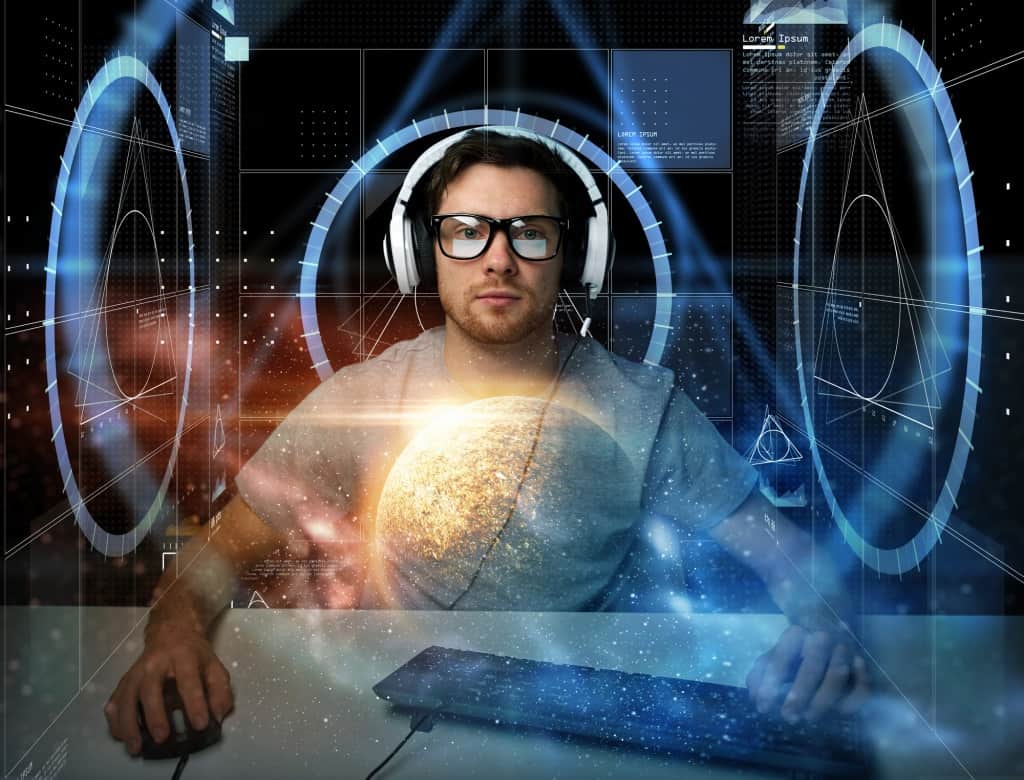 One of the games most associated with land-based gaming portals is developing one of the biggest followings online. Poker, played on large gaming websites, has rapidly grown in popularity over the past few years. This is due, in large part, to the expansion of the online marketplace; by 2016, online gaming on these platforms accounted for nearly 33% of the gambling industry as a whole. There are now hundreds of websites offering signup bonuses to entice new players to their platform in an already saturated market. And with new technologies like VR and the progression of gaming development, there are more options than ever when it comes to games online.

Poker, however, remains one of the most popular games to play at online. In a 2017 report, the UK Gambling Commission (UKGC) revealed that online poker accounted for $136 million over a one-year period. While there is certainly a discrepancy between poker’s gross yield online and that of online slots and sports betting, it remains a massive player in the UK’s remote gaming marketplace.

An Encounter With The Future

As the online space expands, it interacts with traditional entertainment - like casino games - in new ways. Virtual reality (VR) and augmented reality (AR) have already changed the way people play; players can feel like they’re accessing a real-life casino from the comfort of their home. And mass improvements to graphics, video and sound is making gameplay better than ever before. Of course, then there’s artificial intelligence.

Artificial intelligence, also known has AI, is a growing industry. As a result of AI, it’s anticipated that more than 1.8 million jobs (and create 2.3 million more), while the AI market itself is projected to become a $190 billion industry by 2020. But AI is already playing a huge part in our everyday lives.

Digital assistants, which reside in phones, tablets and other smart devices, are becoming more and more common (in 2018 the value of the digital assistant market was $5.21 billion globally). And chatbots, most often used through websites and automated telephone services, are expected to power 85 percent of customer service by 2020.

But AI has impacted more than just customer service and our smartphones. An AI program called Pluribus, created by researchers from Facebook and Carnegie Mellon, has recently demonstrated it can play poker. Not only that, but it can play it well.

Based on results published in the journal Science, the researchers revealed that it’s AI bot could beat professional human players in one of the most popular versions of online poker; six-player, no limit Texas Hold’em.

While bots have previously beaten human players at games like chess and two-player versions, the success of Pluribus at defeating six players is a great achievement for the researchers. In fact, Pluribus was so good he was able to defeat record-holding professional player Darren Elias, who holds four World Poker Tour titles and has earned more than $7 million at tournaments.

Elias, alongside professional player Chris “Jesus” Ferguson, played 5,000 online hands against five versions of Pluribus. While Elias started with a clear advantage, over the duration of the study Pluribus began to get better, and eventually defeated him by a strong margin.

“It’s just me and then five versions of this AI bot, which I would play against every day, thousands of hands,” said Elias, about playing with Pluribus. “It was improving very rapidly, where it went from being a mediocre player to basically a world-class-level player in a matter of days and weeks. Which was pretty scary.”

In fact, Pluribus was teaching itself how to play even better than it had in its previous hand of No Limit Texas Hold’em. Elias noticed that Pluribus had the ability to make itself unpredictable, change strategy and bluff — tactics used by poker players all around the world. He also learned something from the poker bot; unlike its human counterparts, Pluribus was making large, risky bets. It’s something Elias hopes to bring into his own strategy.

“It will bet two or three times the pot, which humans don’t do very much,” he said. “These huge bets are interesting to me and something I will incorporate into my own play.”

The Effect Of AI On The Game

AI bots have the potential to have a drastic effect on online play. Following the experiments with Elias, researchers had five professional players play against Pluribus — and the bot managed win several times. This has the potential to ruin online gaming experience for the many that play the game. If, for example, a bot — that has the capacity to beat elite players — is added to the mix at an online table, it would become incredible difficult for the human-playing counterparts to win.

And as the developers of Pluribus have shown, the bots have the capacity to get smarter the more people they play. Unlike humans, bots don’t need to take breaks — they have the potential to play thousands of hands all at once and can potentially create new strategies that even the professional players have yet to incorporate into their gameplay.

Ultimately, if AI bots continue to be developed the online gaming landscape might have to change in response. It’s possible that new regulations will have to be put in place to keep the playing level fair; if AI bots can beat some of the best players in the world, then what’s the point of playing at all?

While Elias was happy to participate in the study, and excited by the results of it, he admits that the concept of an AI bot poker player is something the industry should be concerned about into the future.

5 Hacks That Will Improve Your Gaming Skills Considerably

Top 4 Additional Must Have Accessories For Your Gaming Chair