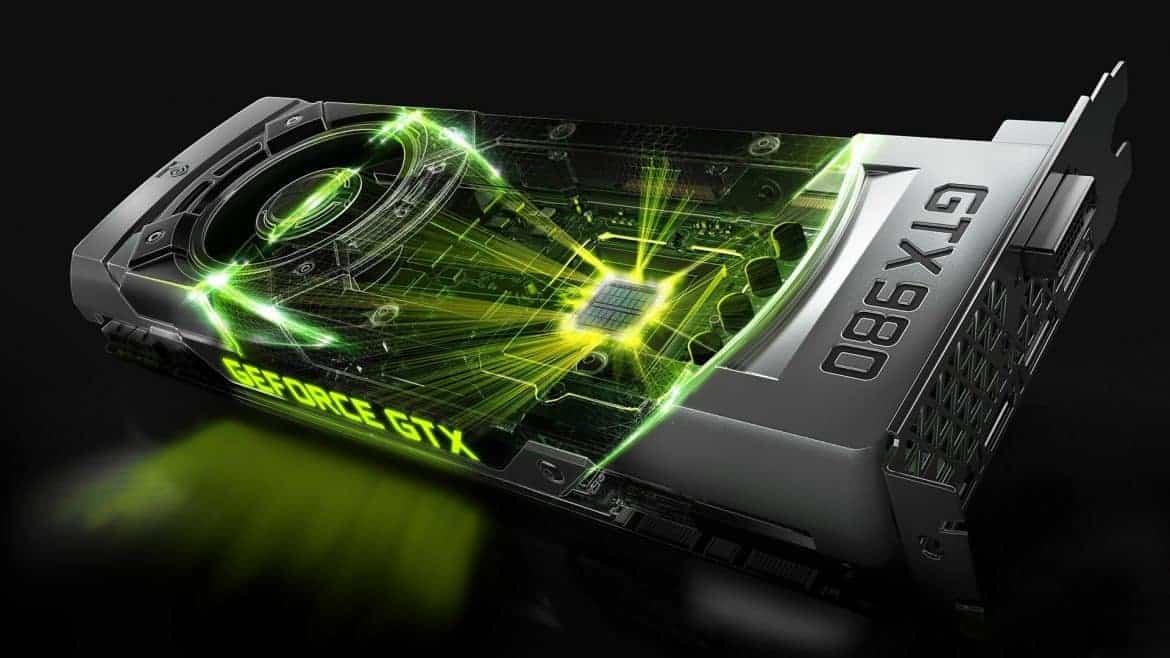 Choosing the Best Graphics Card for Your Computer

So, you’re enjoying hundreds of hours’ worth of gameplay of your favorite game across multiple playthroughs that you don’t realize that dozens of new ones have already come out. Sure, you can still enjoy a couple of good, timeless games, but when you suddenly realize that the sequels to your favorite games are coming out, you might suddenly find yourself re-evaluating your choice not to upgrade your GPU. Especially, with 4K graphics, you’re gonna need more than just a good gaming monitor to be able to truly experience high definition gaming. Be warned, though, because you’ll be required to shell more than a few hundred dollars in order to play your games on ultra settings smoothly.

After all, one of the best things about using a PC is the ability to customize your setup, from picking out the gaming desk, that nice, comfortable chair for long hours of gaming, and the parts that give you the best gaming experience of your choice. 2017 was a year of great games that have the potential to fry your PC if you don’t have the right equipment because they have such high system requirements.

Once you’ve decided that enough is enough, and you no longer want to settle on just watching YouTube videos of people playing the games you like, we have listed a few things that we recommend you consider first before diving in to buy a new GPU. For practicality’s sake, you want something that will last you a long time.

Know what you’re currently working with

Before you upgrade, you need to find out what exactly it is you’re upgrading FROM. For all you know, some of your PC parts might already be at par with the games that you’d like to play. There are more than a few applications that you can download to check your PC specs. Two of the most popular ones are CPU-Z and Speccy. These will automatically detect your system and provide you the results. You’ll be able to see what motherboard you’re using, system memory, processor, core speed, and – of course – your GPU. Once you know what you currently have, it’s time to figure out which parts – aside from the GPU – need replacements. Unfortunately, in most cases, you would need to replace a lot more. GPUs don’t just work on any computer. They are often reliant on system memory. These days, your best bet is to have 16GB to be able to handle pretty much any newly-released games. At the very least, you should be able to have 8GB in RAM. Ideally, your RAM should be twice as big as your GPU, memory-wise. This isn’t really a requirement but the bottom line is, replacing your GPU most definitely means replacing other PC parts as well.

Know what you WANT to work with

No, you cannot play Witcher 3 on that PC you setup eight years ago…most likely. If you find yourself wondering how great it would be to be able to play a certain game, if only your GPU would be able to handle it, then that’s your cue to get some new gear. That’s basically your starting point. Go to any website that tells you the system requirements for the game that you’re pining for and that should tell you what you should be aiming for. You could settle for the minimum requirements, sure, but if you want to be a few steps ahead, go ahead and aim for the recommended system specs. This will not only optimize your gaming experience for that game, but will also be able to let you play games that are more demanding. Most games released in 2017 require at least a GPU that has a 2GB dedicated RAM. That’s the bare minimum, and even with that, you still may not be able to play even newer releases.

Know your budget and gaming preference

Don’t be easily blinded by the flashy top-of-the-line GPU on the market right now. You already know what you need. Don’t overdo it – or overdo it, but be sure you’re being reasonable about it. If you’re not the type who doesn’t have enough time to keep up with the latest game releases, do you really need a Tier 1 GPU? Moreover, do you really want to spend thousands of dollars on a GPU whose power you will not be able to maximize? Maybe you’re looking for a balance between performance and affordability. If that’s the case, then you shouldn’t really be spending over $700 on a GPU. Perhaps you just want a slight upgrade from your current gear or don’t mind playing on low or medium graphics settings. This can also be true if you’re not really one who must absolutely play the latest games as they are released. If so, then you’re better off spending $300-$400 on a GPU. However, if you want more breathing room, and would like to be able to play all of the latest games for the next five years or so, then by all means, go for Tier 1 and enjoy high quality gameplay.

After taking all these things into consideration, you’re ready to choose your new GPU. Take a look at this comparison ranking table with GPU ratings:

If you are an enthusiastic gamer who feels like it is their life’s mission to always be able to keep up with all the latest games, then this is the right tier for you. In this group, you’ll be able to experience 4K graphics quality. These GPUs are able to handle 100% of all the games that have been released so far with no hiccups at all. It is quite obvious that Nvidia has taken the lead and won against AMD in this category because of its Titan series. Titan V, despite not being specifically made with gaming in mind, has taken everything that’s good with the Titan Xp and brought it up a notch – or five. To prove our point, you can see that only Nvidia GPUs made the cut in this category. If it weren’t for the Titan V, AMD’s Vega 64 might have made the cut.

This tier is a realm that only the most passionate of users will dare enter and for very good reasons. If you do want to brave this area, you have to also be ready to shell out more than $1,000 on the GPU alone. You would need to have the matching powerful monitor and system memory. Is it worth it? That depends entirely on your needs and how badly you want your textures to look their absolute best without sacrificing overall speed and performance.

Tier 2 – The Next Best Thing

In this tier, you’ll see a little bit more of variety as we are presented with entries from AMD. If you’re an AMD fan, this is as high as you can go – which isn’t necessarily a bad thing. This tier features GPUs that offer up to 60fps of output in 4K graphics. 2K should obviously run at an evidently more efficient rate, and 1080p should give you over 100fps. Tier 2 GPUs are more tailor-fit for gamers, with Nvidia’s 1080 leading the race. What can we say? With an 8GB dedicated memory and Pascal architecture, it provides a powerful but more power-saving, quiet performance.

On AMD’s side, though, the RX Vega 64 barely made the cut, and it is more comparable with the GTX 1080 than the Titan, performance-wise. Still, it goes without saying that despite Nvidia’s obvious win, AMD is still out there making sure they don’t lag that far behind.

In Tier 3, you’ll start to see some more affordable prices but still can handle pretty much a lot of new games. Don’t be discouraged by the label, ‘mid-range’ because these GPUs remain the most favorite choice among different types of gamers. You can play on high to ultra high settings with little to no hiccups, just don’t expect it to be 4K quality. You can do a solid 30-60fps for 2K graphics, and if you’re a fan of 1080p, you won’t be disappointed at all.

AMD and Nvidia go head-to-head in this category and they seem to be in a tie, with a slight edge to AMD’s Radeon series. In addition to these GPUs giving excellent performance, you can rely on them to give you the edge in gaming for the next couple of years.

Tier 3 GPUs are great to consider when you’re looking for a great piece that doesn’t need you to break the bank. They’re ideal for serious gamers who know are working with a reasonable budget.

Tier 4 – Good but Not So Great

At Tier 4, you’re looking at GPUs that are known to be well-performing ones but not necessarily up to the task of providing top-notch performance, and great for those with a limited budget. Both AMD and Nvidia provide excellent GPUs in this tier, with the Radeon RX 560 and GTX 1050 Ti leading, respectively. If you’re sensing the pattern on this list, you’ll realize that while GPUs in Tier 3 can give you 2K graphics at its best, members of the fourth tier will be able to provide you with 1080p maximum quality.

If you’re planning on playing the latest games, you still can. Tier 4 GPUs can handle them, but the performance won’t be as smooth as those in higher tiers. Gamers who are looking for a simpler experience, something more straightforward and extremely affordable, then one of these GPUs may be the right choice for you.

Finally, we have the Tier 5 GPUs. In this tier, you can see more GPUs falling in the category. With a Tier 5 GPU, you get to save a lot of money but don’t get much out of performance. You might be interested in this tier if you’re not really the kind of gamer who must have the latest games right away, and prefer playing the classics or the less demanding games. You can still get 60fps for 1080p but it is not as stable as your Tier 4 GPUs. Anything higher and you get a lot of lag in-game.

So, what are Tier 5 GPUs good for? Well, for starters, if you’re just using your computer for all the basic stuff and you just happen to play a few games, then this is a good fit for you. We know some gamers who only ever play MOBA games and they don’t really require a lot from your GPU. If you’re a MOBA fan, settling for a Tier 5 GPU is not really a bad thing.

Powerful GPUs are expensive. While they do enhance your gaming experience, getting a Tier 1 unit may not always be necessary to you. In the end, you still need to figure out how serious you are as a gamer. Don’t get us wrong, 4K gives us a gaming experience that is a league of its own. As tempted as you might be to dive into the hype, we recommend you wait it out a few more years when it’s become more mainstream and much more affordable. There are other, equally reliable and powerful GPUs for you to choose from.

How Do You Recline a mamaRoo? (Simple Steps!)

How to Deactivate Mouse Acceleration on Windows