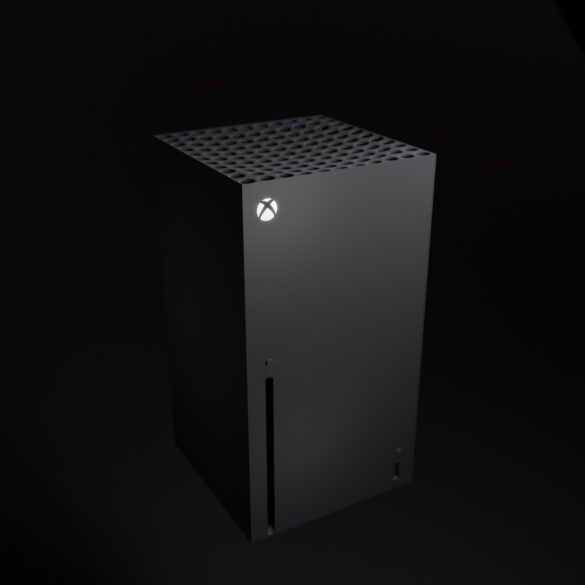 As an Xbox Series X user, you must have faced the overheating issue and want to know the reasons behind it.

So why does the Xbox Series X overheat?

The Xbox Series X gets a little heated during prolonged gaming hours, and that’s normal. However, constant overheating, even during short gaming sessions, is problematic. One of the primary reasons for overheating is either the cooling fan inside the upper panel is not working, or it’s broken. Another reason could be that the console placement is not allowing it to get enough ambient air to cool itself.

Overheating can slow down your console; at most, it can permanently damage some components. And I’m sure no gamer would want that. Read on to find the common reasons, solutions, and preventive measures for the issue.

Why Does The Xbox Series X Have Overheating Issues? Most Common Reasons

The root cause of Xbox Series X overheating is when the heat inside can’t exit the console properly. And the following are the two most common reasons that prevent the air from dissipating:

The Thermal Paste Is Not Spread Properly

The primary purpose of the thermal paste is to filter out the heat from the processor. The thermal paste should be adequately spread on the CPU. When it’s not spread in the entire unit, it causes overheating. Note that the average user will not be able to repaste an Xbox. Furthermore, doing so would void the warranty.

Blocked Exhaust Grills And Side Panels

The second and most common reason for the Xbox Series X overheating issue is blocked exhaust grills and side panels.

The exhaust grills and side panels help extract the heat produced by the Xbox Series X GPU & CPU. These parts are designed to maintain proper ventilation and temperature control.

When these outlets get blocked by dust and other particles, the ventilation process fails, leading to overheating.

Other reasons may include:

Now that you know what causes overheating, let me help you find the symptoms.

Some potential symptoms of overheating include the game freezing in the middle or continuous glitches, slow loading, frame drops, etc.

Note that these problems can be caused by other factors as well. Hence, it’s difficult to determine whether these are caused only by overheating.

The Cooling Fan Gets Too Noisy

Is the cooling fan producing more noise than before? Note that if this continues, then it’s a sign of overheating. The cooling fan makes an unnecessarily loud noise because it tends to overwork to eliminate the sweltering air from inside the console.

Your Xbox Series X gaming console shows a message saying- your console is getting too hot. People tend to ignore the message. It’s best to take immediate action when you see the warning sign.

How To Prevent & Cure Your Xbox Series X From Overheating? Top Solutions To Your Rescue

As a gamer, I know how frustrating it is to see your favorite console malfunctioning or, at worst, getting completely damaged due to overheating.

Hence, here are the preventive measures you can adopt to solve the problem.

Keep the Console In An Airy Place

The gaming console will get a little hot while it’s operating. But the overheating issue escalates if you don’t put it in a well-aerated location.

You can also place it near a fan so that it gets constant airflow. Or, if you have an air conditioner, turn it on while using it. But of course, this solution only applies to people living in warm states/countries.

Another alternative is to place the console on a high platform and keep it away from other devices. Also, ensure that there is at least a 5 to 10-inch gap between the console and surrounding walls to allow proper air circulation.

As mentioned previously, dust and debris building up is another cause of Xbox Series X overheating. Hence, cleaning it occasionally is necessary for the cooling fan to work correctly.

Clean the cooling fan using canned air. Canned air quickly removes all dust build-ups and ensures your console does not overheat. Alternatively, you can also use a feather duster to clean the console.

Also, keep your console covered if you live in a “dusty environment” or have over-shedding pets

keep your console covered when not in use.

Give The Console a Break

Even though the Xbox Series X is made to provide you with the ultimate gaming experience, it, too, needs some rest. Going on with longer gaming sessions for hours is neither good for the console nor you.

Hence, let it rest for some time to prevent overheating and malfunctioning.

Slight heat around the fans while you’re playing, is pretty standard. The fan ventilates the hot air from the console to keep other interior parts cool. But if it gets excessively hot, then it’s a problem.

2. Can I Stop My Xbox Series X From Overheating By Turning It Off?

3. Why Does My Xbox Series X Overheat While Playing Call Of Duty?

It is quite normal for the Xbox Series X to become slightly warm under high workloads, like playing graphically demanding games. However, if your Xbox Series X is overheating when playing intense games for even a short period of time, then this is a problem that needs to be fixed.

Slight heating is typical for any gaming console, and the Xbox Series X is no exception. But it’s only concerning if the device gets excessively hot regularly.

Make sure you don’t overlook the symptoms and take immediate action to avoid significant damage.