How to Cast Hulu to Chromecast? – Simple Guide 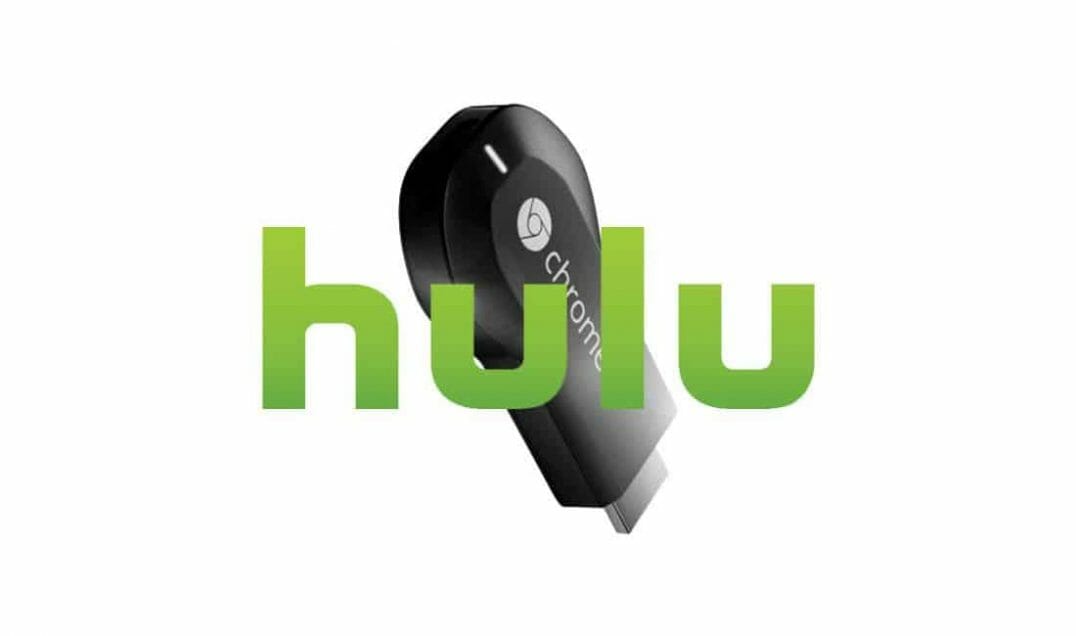 Movie binging on a Saturday night could be someone else’s ‘favourite’ day. With just the touch of your fingertips, you can scroll and watch various movies from different genres. Missed an episode of Superstore?

Hulu is your source of entertainment.

What makes Hulu better than other streaming platforms?

Compared to a behemoth like Netflix, Hulu contains numerous video content that brings value for your money. It’s currently limited to the U.S, but some use VPN to gain access to this app outside the country.

You can choose from their list of famous shows such as Catch-22, Ramy, Atlanta, Superstore, the classic Seinfeld, and multi Oscar-awardee Parasite by April 2020.

For as little as $5.99, you can get access to myriads of content that’s right for your budget. Bundles available include HBO, Disney Plus, and ESPN depending on the tier you choose.

With just your Wi-Fi connection, you can easily stream content to your smart device.

Instead, it ‘casts’ directly the content coming from your device to the smart TV.

This plug-in device is inserted in the TV’s HDMI port to serve as a medium for your smartphone or tablet. You will need a Wi-Fi connection to be able to mirror stream content from Hulu (including Hulu with Live TV) to Chromecast.

Since Chromecast doesn’t store any apps, you need to have these apps available on your phone or any smart device you’d want to stream it from. Voice command through Google’s assistant is also available for your convenience. 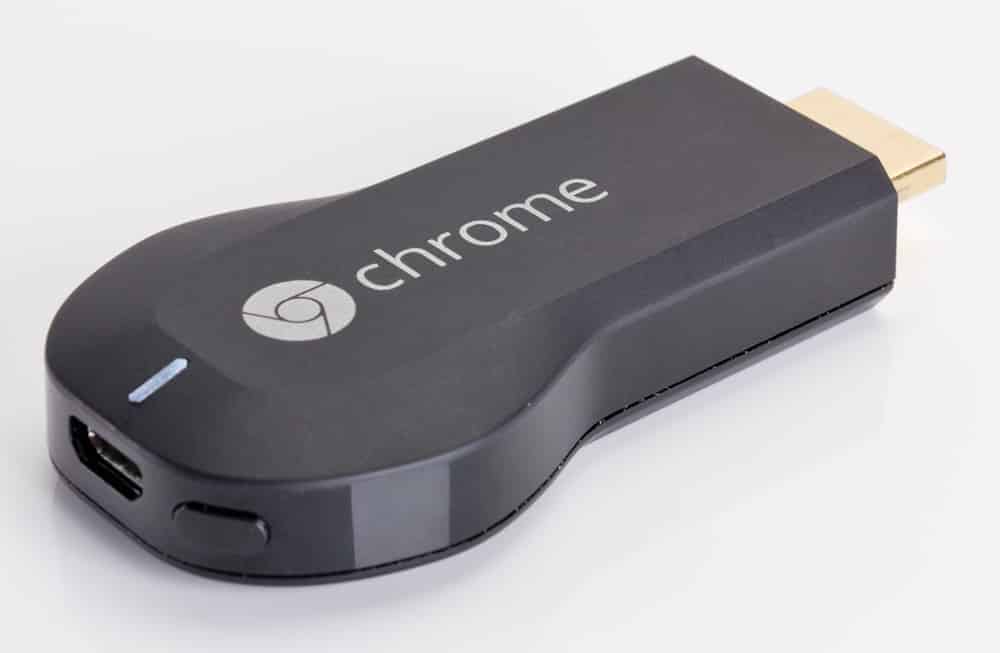 It can also be a handy gadget to bring when you’re travelling, and you’d want to watch your favourite shows in your hotel room. Since this gadget will require a strong Wi-Fi connection, it would be best to bring along an Ethernet adapter plugged to your portable wireless router.

This gadget may also serve as a modern slideshows device without the projector. This tool would come in handy as you present slides or photos using a smart TV.

It’s an ideal gadget if you are frequently facing clients and needed to do a quick presentation right on the spot.

Care for some music?

Just connect your Google Play music player or Spotify to Chromecast and get an instant audio player in the comforts of your living room.

Wireless streaming is not affected and delivers quality and crisp audio.

Compared to purchasing Roku or Apple TV, this device is cost-efficient and delivers the same entertainment as you would get from competing apps.

Though audiences are limited in the U.S, it still delivers quality shows in varying genres that you and the whole family could enjoy.

The Google Chromecast can mirror games you downloaded in your smart device by downloading Doodlecast to play mobile games such as Pictionary.

Having babies in the room?

You can still play videos in Chromecast using a direct audio connection to your headset. Simply download the LocalCast for Chromecast to enjoy this feature. 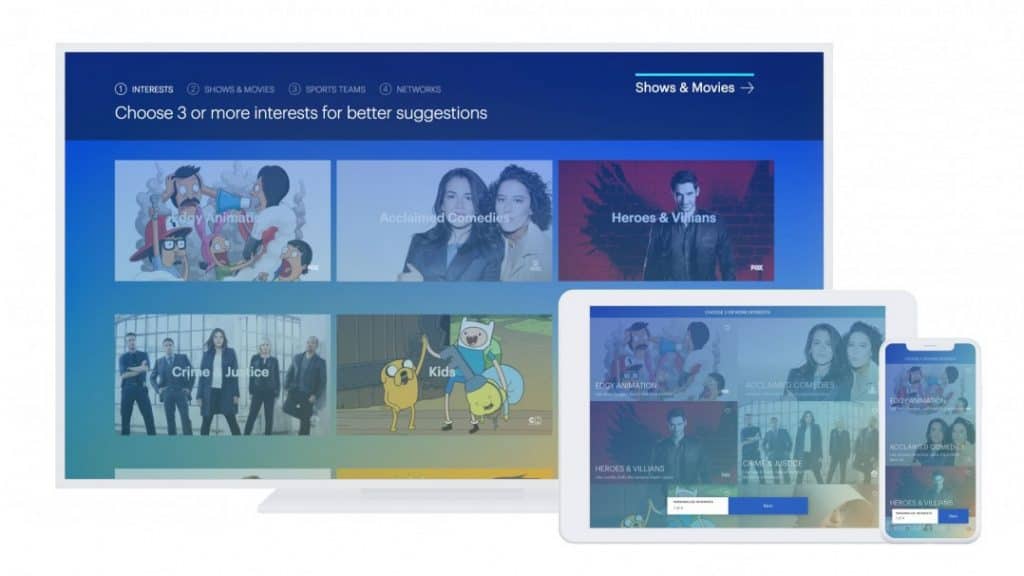 How do I stream Hulu to Chromecast?

Chromecast works with most online streaming apps, including Hulu. However, you will need to download first the Google Home application. Your smart device (containing the Hulu app) and Chromecast should have the same Wi-Fi connection.

Interruptions are anticipated when you use your smartphone. But you don’t have to worry about this. Chromecast lets you browse online without interrupting the stream. You also get full controls of the stream, such as fast forward, pause, rewind, play, volume, settings, and subtitles.

If you’re using an Android phone, make sure to place your stream on landscape and not on portrait mode to get the full screen of the videos. Chromecast streams nicely in Nexus, Samsung devices, and Pixel as well.

Pros of Using Hulu in Chromecast

Using Hulu on Chromecast delivers efficient, fast, and vivid videos from your phone to your TV. Unlike other devices, Chromecast doesn’t come with remote control.

Most users find Chromecast more convenient since you get to control most of the settings using your phone.

Some users also note the seamless transfer from any smart device to the TV by just clicking on an icon. Unlike most apps such as Netflix or Roku, you will need to keep signing in to gain access to your favourite shows and movies. 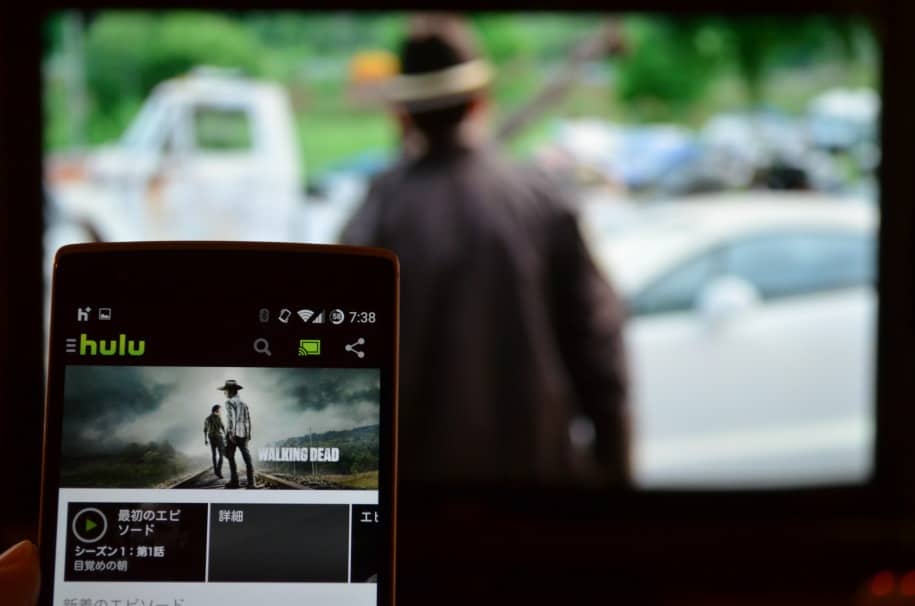 Cons of Using Hulu in Chromecast

Chromecast may not do well when you have siblings or other roommates in one room. Since Chromecast only responds to one log-in detail, it would be hard for other people in the house to watch the content from Hulu the soonest you’re out of the door.

If you’re leaving the kids at home for a night out with your spouse, leaving a tablet containing your log-in details to the babysitter could remedy this. However, the Google Chromecast Ultra will allow you to have the settings on ‘guest mode’ so they won’t be able to have any access to your log-in details.

It’s also not ideal for your kids to use Hulu for the most part. Since you’ll be watching from your iPad or iPhone, letting a 4-year-old kid handle your smart device might not be a bright idea. Amazon Fire Stick might be suitable in this case.

At the end of the day, you just need to relax on the couch, watch a movie, or watch re-runs of your favourite shows over some popcorn and soda. While Hulu is not Netflix yet, pairing this with a multi-functional device such as Google Chromecast is a deal for the budget-conscious looking to make the most out of their hard-earned buck.