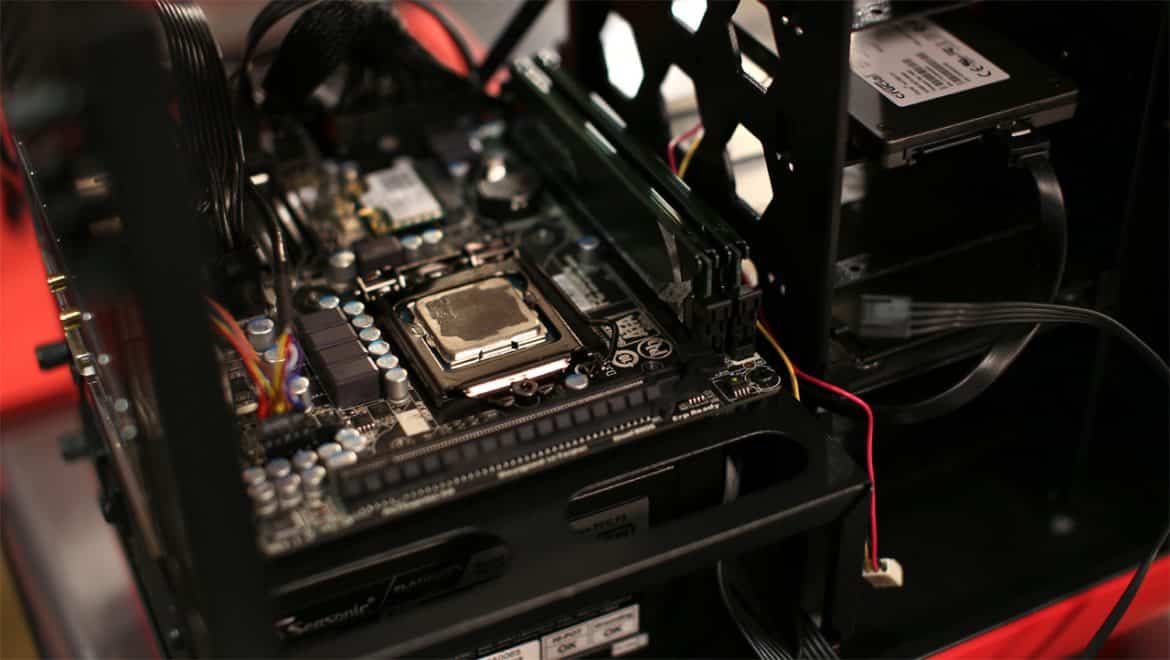 If you’re not familiar with PC parts, looking at a motherboard can be quite intimidating with all its slots and ports. However, if you know how to do the simple shape puzzles as a kid where you put pieces through similarly-shaped slots, you’ll have no problem putting some of the pieces together onto your motherboard.

Quick Navigation
ATX, micro ATX, mini ITX: An Overview
Differences
Pros and Cons
Which one should you get?
Conclusion

Just like any other PC component, motherboards also come in different sizes and layouts, called a form factor. It describes the dimensions, the number of ports, location of the mounting slots, and the type of power supply. In the past, people have used motherboards less extensively, to the point where only a few parts are connected to it. However, nowadays, almost everything goes through the motherboard, one way or another. The most common motherboard form factor that is being used is the ATX. It was first used in 1995 and has since been the mainstream motherboard that most users have installed. Now, there are three common motherboard form factors that are being used by all sorts of PC owners. Let’s take a look at them.

As previously mentioned, the ATX form factor was developed in 1995. It’s basically the old AT model rotated 90 degrees for a more organized and stable circuit board. The ATX case looks fundamentally the same as its predecessor, the baby AT. However, there are several upgrades that can be found on this newer model. For one, the different ports are arranged more intelligently to avoid overlaps. Speaking of ports, another thing that sets the ATX from the old AT model is the integration of the I/O ports along its edge. The number of drive bays has also significantly increased when comparing ATX and AT cases side by side.

Often, the number of drive bays on an ATX motherboard is far greater depending on the case size. Take a look at a mid-tower case, for instance. Most of the time, it will have much more drive bays that are accessible as compared to the previous AT board of a similar size. Not only that, it

There are more than a few reasons that set the power supply on the ATX apart from its counterparts. It words at a mere 3.3 volts, instead of the previous 5 volts, which means it costs less, power-wise. This means you consume less energy and produce less heat. One more thing that’s been taken care of is the high heat buildup caused by the newer, more powerful processors. To remedy this, the fans were reversed so that they bring air in, instead of blow it out. The power switch has also been changed so that it can be turned off and on using software.

With that said, several newer versions of the ATX have since been developed, all varying in size and components.

One of the newer versions developed after the standard ATX motherboard is the Micro ATX. Think of it as the standard ATX’s smaller sibling. It was released in 1997 and was intentionally made backward-compatible with the ATX. It still has the same I/O panel and its mounting points are the ATX subset. The micro ATX also uses similar chipsets as the standard ATX. That means you can still use it on cases that are intended for ATX motherboards. However, expansion slots are scarce.

The standard ATX often has up to seven slots for either PCI or PCI-Express. On the other hand, the micro ATX can only be expanded to up to four slots. To make up for the limited number of slots, several integrated peripherals have been incorporated. Because of this, the expansion is no longer as necessary as it was.

If you’re planning on building your own PC, the micro ATX is the more affordable choice. Buyers usually go for that but with the awareness that this removes any room for expansion. However, in more recent models, you can already get a board that can have a dual-GPU and quad-channel memory setup, so it’s not really that much of an adjustment from the standard ATX.

This form factor was developed in 2001 and is the smallest one among the three. They were initially made for PC builds that don’t utilize fans in the cooling system and for users who are looking to minimize the power consumption. This is an ideal setup for those looking for minimal noise while their PCs are running. It has four mounting ports that line up with the ports in ATX motherboards, even the expansions slots are similar.

The mini ITX was designed to provide one expansion slot. Additionally, with the size of the mini ITX, it can only support up to two RAM modules. That means you can only load up to 32GB of memory, two 16GB kits. With that said, you can’t really say it’s a down side – for now, that is. Having 32GB of RAM is already an impressive setup and will most definitely be able to handle the latest games, and at peak performance, too.

However, with its compact design, the mini ITX does pose some issues. The PCI-Express slot is located at the edge, making it a very tight fit in some cases. If you’re planning to buy a graphics card that’s a bit on the bulky side, it might have problems fitting right in.

Now that you’ve gotten to know some basic information about the three form factors, let’s take a look at how they compare with each other in different aspects. 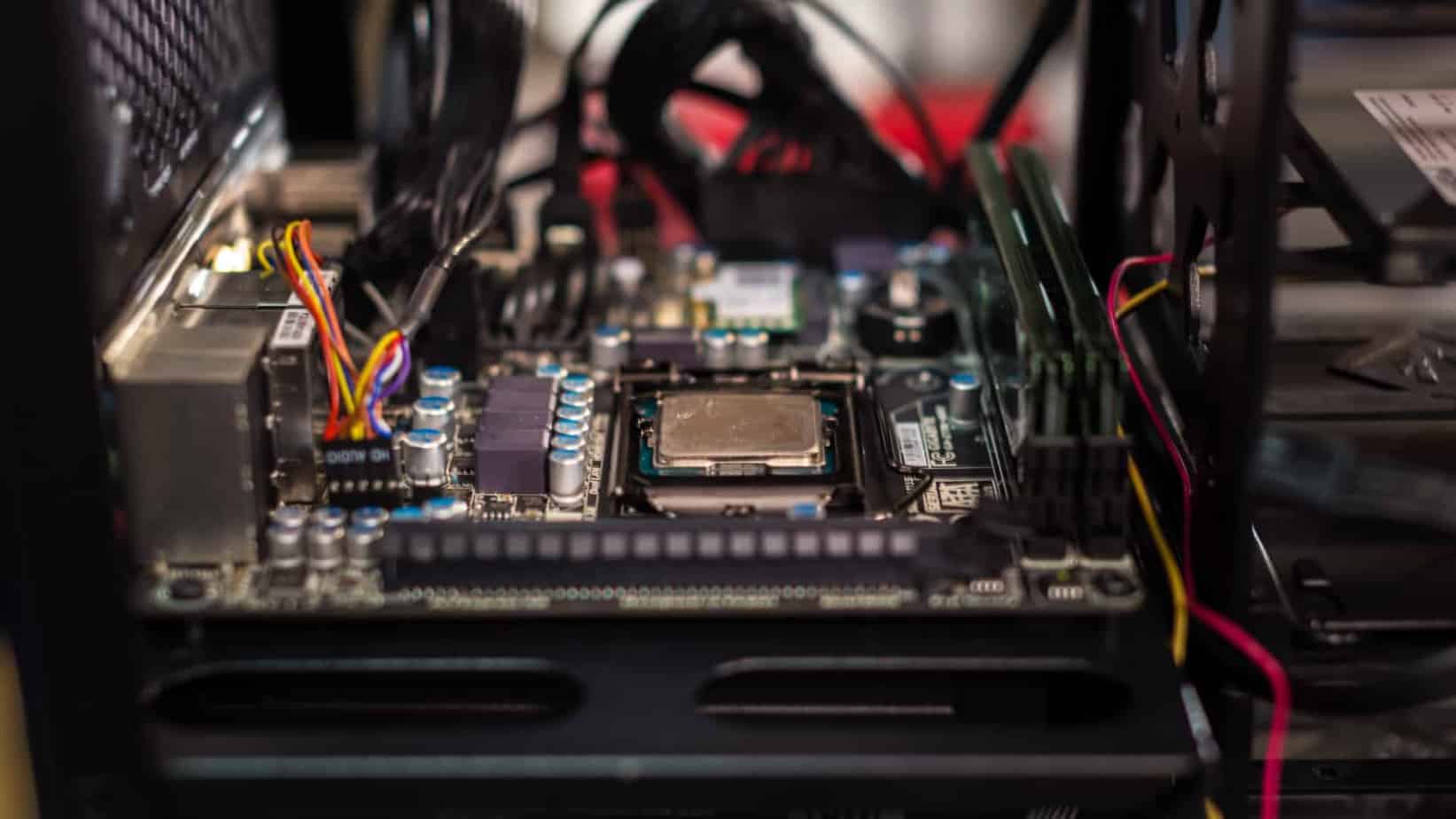 One of the first differences you’ll notice between the three form factors is their sizes. The standard ATX is the largest at 305 by 244 mm. The micro ATX is at second largest at 244 by 244 mm. Finally, the smallest is the mini ITX, which is 170 by 170 mm.

The size of the motherboard isn’t really that huge of an issue but it’s a point to be considered when you’re also choosing your computer case. Of course, there’s no sense in picking up a standard ATX motherboard if you’re using a smaller case. Each form factor is designed to fit a standard size case.

Of course, when you’re talking about setting up a new PC, taking the price into consideration is one of the things most buyers do. Should you sacrifice a few non-necessary features to get the best price? Is price not really an important factor as long as you can get the most out of your motherboard’s performance and functionality? Just to give you an idea, the size of the form factor is not always directly related to the price. A bigger form factor, such as the standard ATX, in this regard, is not always more expensive than smaller ones.

In fact, you’ll find that because some users prefer a more compact setup, there are mini ITX motherboards that are far more expensive than a standard ATX or a micro ATX one. More often than not, you’ll see that micro ATX motherboards are the cheapest among the bunch as they are also the most commonly used. At the end of the day, it all boils down to the quality of the materials and the components used to build the motherboard that matter.

The biggest difference you can find among the three form factors is their respective layouts. They have different numbers of PCIe slots, in particular. In this regard, the standard ATX is your best bet. It can hold up to 7 slots. On the other hand, the micro ATX can have up to 4, while the mini ITX only 1.

This might be a deal-maker or breaker depending on what you’re planning on using these slots for. You can use them to add graphics cards, sound cards, and other expansions. That’s why you should determine what it is exactly you’re looking for first before jumping right in. You might be interested in having a more compact PC, but later find out it limits you from customizing your PC setup as much as you could on a bigger motherboard.

Furthermore, we mentioned that mini ITX boards have PCIe slots right on the edge, so it could cause some problems for bulkier graphics cards that you plan on using in the future.

If you’re looking to have more room for more expansion in the future, you might want to avoid getting the mini ITX. It’s not the ideal choice if you’re planning on playing more advanced games in the future.

Here’s a chart showing a brief summary of the benefits of each form factor. 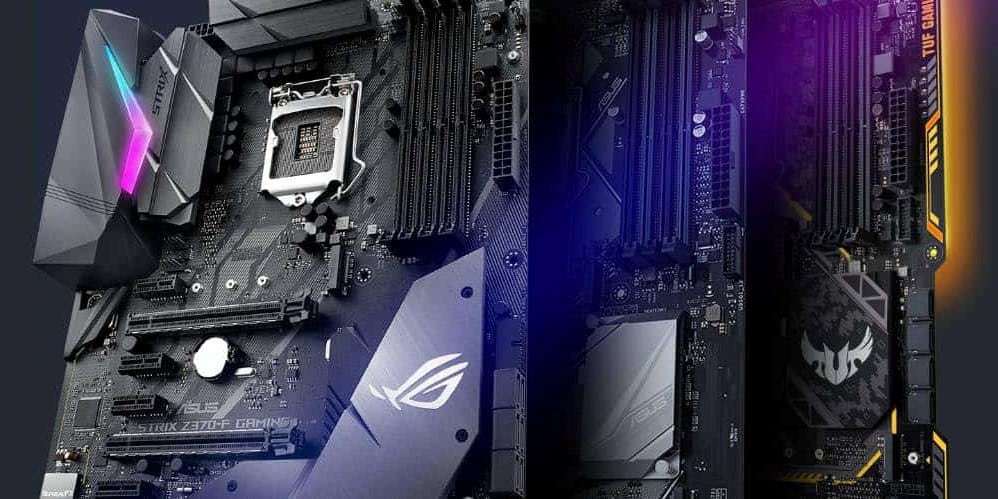 Which one should you get?

So, after all has been said and done, which motherboard should you pick? You can definitely go for any one of the three choices but you will find that they each work well in certain areas.

For instance, if you want something that’s more affordable, and something that will give you room for customizability, definitely go for the micro ATX motherboard. This way, you can focus on continuously improving your processor, graphics card, and RAM. These three are the most important components when building a gaming PC. You can pretty much try to save on the other components, as long as you’ve got these covered. It is also the most commonly used form factor among the more practical gamers.

If you’re looking for something high-end, however, you should invest more on your processor. This not only lets you have a powerful processor but also adds an aesthetic element to your PC build. Granted that it’s bulky, having much more space also means you can add on to what you already have to further improve your PC’s performance.

Finally, if it’s a compact build you’re after, and if you want a more portable and minimalist design, you’re better off with a mini ITX motherboard. You can easily move your gears around, which is ideal for when you’re also interested in having a home theater build.

So, there you have it. All these motherboards are different for a reason. They work well in certain conditions and poorly in some. Are you interested in something that’s affordable? Do you want more out of your PC build? Are you looking for something compact? Figure out what you want out of your gaming PC build and choosing the right form factor shouldn’t be that much of a problem for you. It’s important to know what each motherboard form factor’s strengths and weaknesses are, so that you can gauge them and make the right decision.

How Much Energy Do Smart Plugs Use? (Simple Answer!)

How to Troubleshoot a 3 Way Switch (Simple Answer!)