How Much Energy Do Smart Plugs Use? (Simple Answer!) 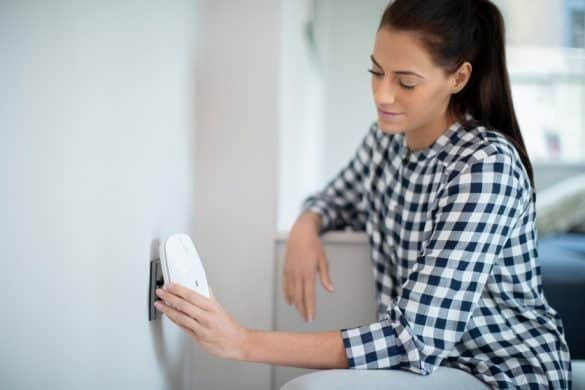 How Much Energy Do Smart Plugs Use? Do We Know....

Have you ever received your electricity bill only to be shocked by how high it is? How much power did you use anyway? If you aren’t always at home and you think your bill is too high, then there must be something that’s eating up your electricity while it’s turned off. If not, then your power rates are probably just high. But that’s out of your control already. What you can control is your home’s energy consumption. This is where a smart plug can help you.

The vampire draw, or phantom load as other people call it, is the phenomenon of some appliances that even when they’re turned off, they’re still drawing energy. This means that even if you’ve shut off an appliance and it remains plugged, it can still consume electricity. While the electricity it consumes is definitely not as much as it would when it’s operating, it still becomes a significant part of your monthly bill.

How Do You Identify A Vampire Draw? 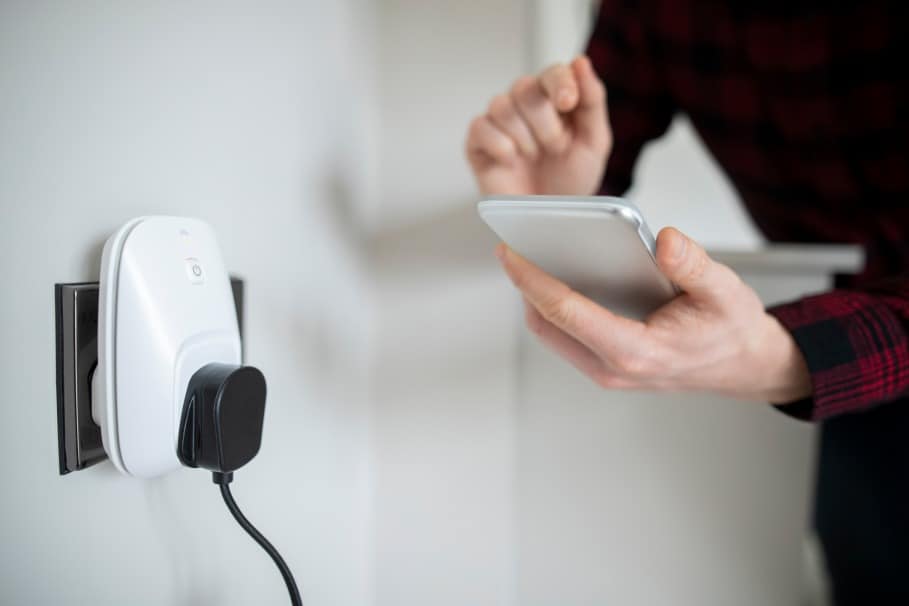 You can’t identify a vampire draw without any device that monitors your appliance’s energy consumption when it’s turned off. This is where a smart plug comes in. If your appliance is not “smart” or it doesn’t have any energy monitoring features, then your best bet to know how much each appliance is using is through a smart plug.

What Is a Smart Plug?

Smart plugs are relatively easy to understand, but there are a number of misconceptions about them. In a nutshell, a smart plug is a plug that converts your appliance into a smart appliance. How does that happen? Does your appliance suddenly have new features?

A smart plug works by allowing your “dumb” appliances to be connected via Wi-Fi or Bluetooth. This means that you can now control your appliances from your phone. Of course, there’s an app that comes with every smart plug brand. Once you’ve downloaded the app, you can do things like turn your appliance on or off, make rule-based actions and even track the energy consumption.

One of the most common misconceptions of a smart plug is that it is energy-saving. Well, they can be if and only if they are used correctly. What does that mean?

The thing about smart plugs is that they still use energy even when the appliance they’re connected to is turned off. This is mainly because they still have to stay connected to the Wi-Fi or to your phone just in case you wish to check or turn on the appliance. However, the energy it uses is very minimal that it won’t make a significant impact on your electricity bill. 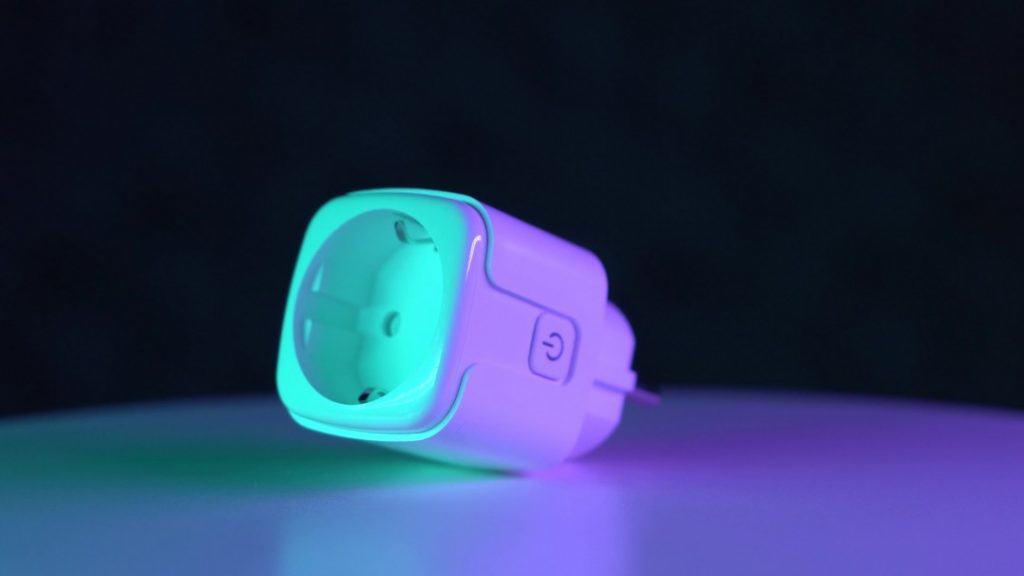 A smart plug is only energy-saving when used with the right devices and when used properly. First, you need to be careful in choosing which appliances to use it on. If you are using a smart plug on the appliances that you barely use, then it’s no use to have it assuming that you don’t leave your appliances plugged and they are not consuming energy when unused and plugged. If you want to see savings on your next bill, you should connect the smart plug on an appliance that has a vampire draw. You can also use the smart plug to identify those appliances.

The second thing to do save on energy is to use it properly. Unfortunately, a smart plug’s goal is not to save electricity. Sure, this is too bad, but that’s just the way it is. A smart plug’s purpose is really to convert your dumb appliances into smart ones. It’s more of a connectivity advantage than anything else.

But don’t worry, all hope is not lost because you can still save on energy by ensuring that you maximize the features of the smart plug app on your phone. Remember that you can set rules on the phone app? That’s what you can maximize if you want to save on electricity. Let’s say you’ve already identified the appliances that consume energy the most. What you can do now is make a set of rules that will automatically turn the appliance off when not in use. For example, you can set automatic shutdowns for your air conditioning units when you’re about to leave the house. You can sync this with your schedule, too.

How to Maximize a Smart Plug

You’re probably wondering, is there a way that you can make the most out of your smart plug? Apart from what has been mentioned, you can actually get a bang for your buck on a smart plug especially when you buy the right plug. 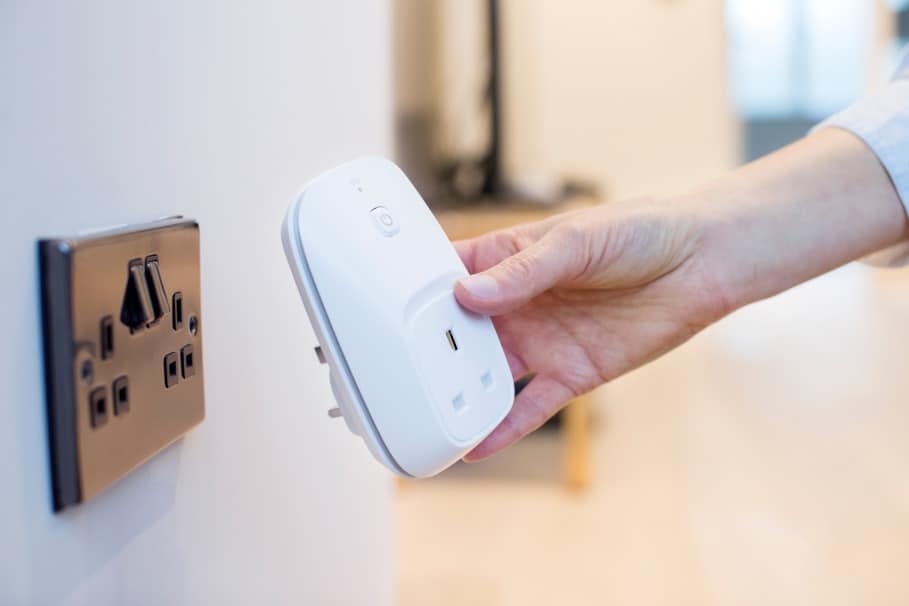 There are different models for smart plugs; some are more sophisticated than the others. When picking a smart plug, you always have to look at the quality, the make, and the price. These three things will help determine how much energy you need to save in order to break even with the cost and to further save in the future.

For example, you bought a smart plug that costs $15. To be able to break even, the plug has to save you worth $15 of kiloWatts on your electricity. Depending on the appliance you plug it into, you can break even in a month or a year.

So does a smart plug save energy? It does, but the device itself does not save energy. It’s more of managing the use of energy-inefficient appliances in order for you to save on your monthly bills. It’s definitely a good thing to have smart plugs if your focus is on accessibility. Remember, this is the main purpose of a smart plug.

If you wish to take control of your home and to make sure that you monitor its energy consumption, then a smart plug will help you achieve that. You can control your appliances anytime, anywhere through the app. Plus, it’s a great tool to keep the burglars away by letting you turn on the lights and TV even if you’re not at home.

No answer at all to the question.