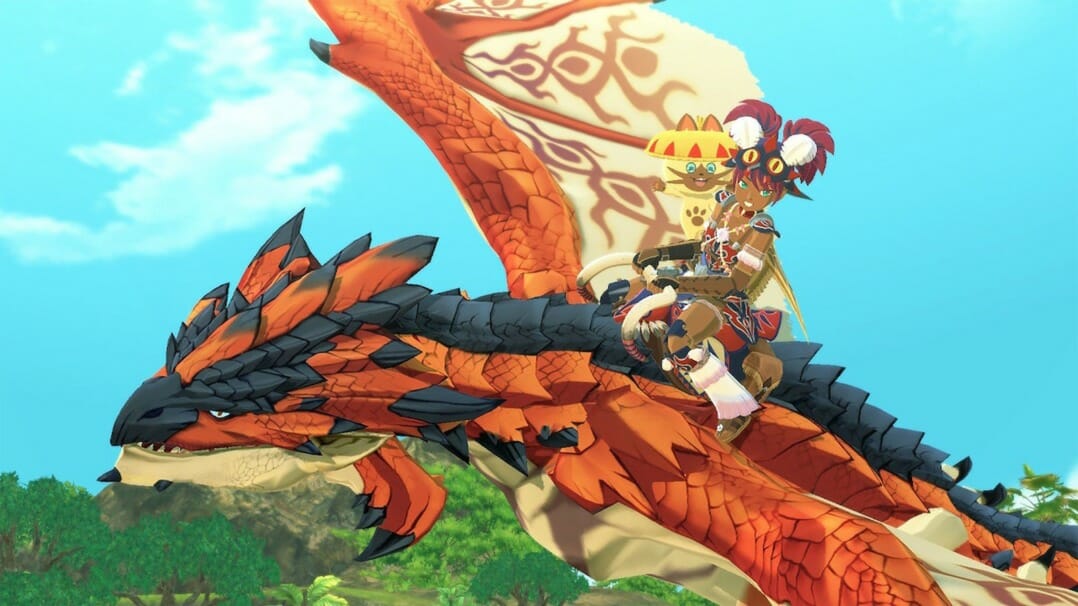 If you are planning to start Monster Hunter Stories 2: Wings of Ruin, here are some tips that may be useful in your debut as a rider.

Namely those little things that we would have liked to know ourselves sometimes during our test. We put this experience to good use so that you can benefit from it.

As a spin-off of Capcom's acclaimed Monster Hunter series, it retains much of the nuance and complexity that the main games are known for, while reinterpreting them with affordable, easy-to-understand turn-based combat with a strategic twist. Below are some essential tips to make sure you're still on the right foot in this creature-collecting adventure.

Have a balanced team

The fights in Monster Hunter Stories 2: Wings of Ruin involve a rock/paper/scissors system with strength/technique/speed attacks.

Since the monsters have well-defined patterns, it is advisable to have at least one of each type in your team. And when you get far enough into the game, you can also vary your approaches even more by choosing different elements.

Use the prayer box constantly

The prayer box is present in each village, use it every time before leaving to benefit from significant bonuses. Moreover, offer charms to increase its level and gain new prayers while reinforcing their effects. 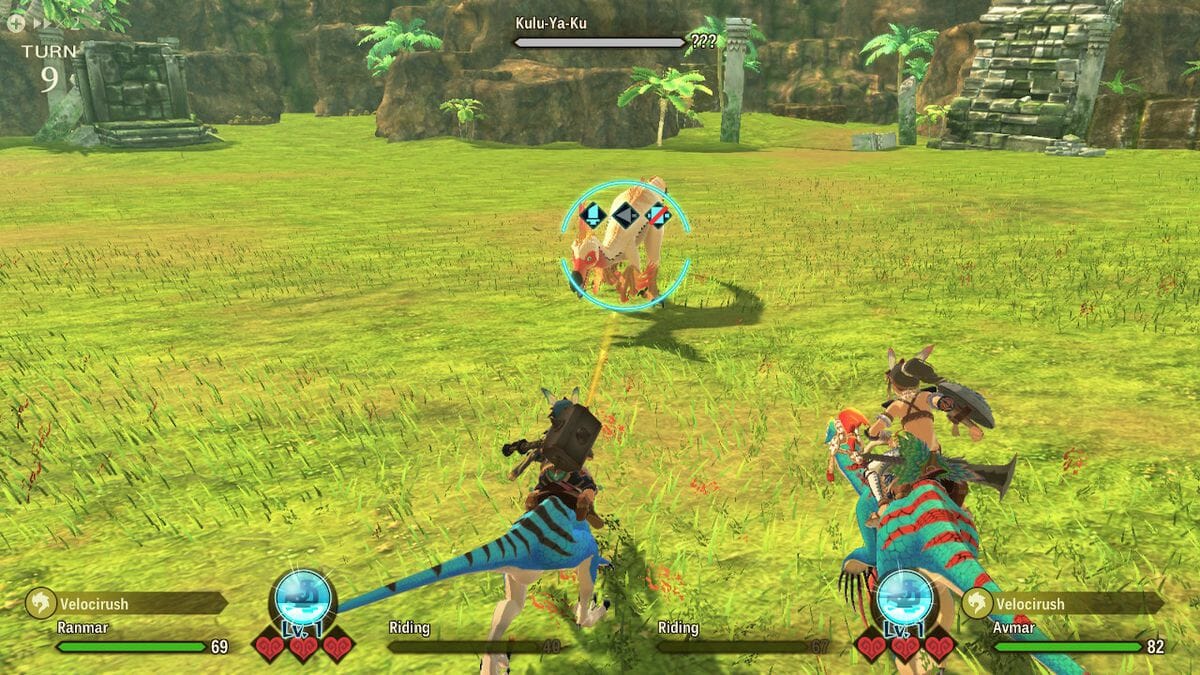 Double Attack is triggered when you and your monster (or an allied monster from another rider) use the same type of attack against a monster (if you win the expected duel).

In addition to canceling an action for the opponent, this action is very powerful. Only, the AI does a bit of what it wants and so you'll have to change the monster of the desired type to guarantee that it will use the same type of attack. For example, bring a speed monster onto the field and it will always use a speed attack.

Use your friendship skill in battle to find out what type of attack the enemy has.

Despite the patterns of the enemies, they can be unpredictable, especially when they become enraged. In order to know the type of attack they will use during this rage, keep your friendship skill while riding your monster to know it.

You'll see it appear on the screen but this super attack will cancel out the enemy monster's attack. This will allow you to make your arrangements for the next turn.

Don't use too much the double friendship talent

When you and your teammate have your friendship gauge full, it is possible to perform an impressive double attack.

However, in most cases (and especially against tough bosses) it is often better to do two big attacks in a row to prevent the monster from attacking for two full turns. Moreover, the gain in damage is negligible. Use only as a finish if you see that the monster is getting out of breath. 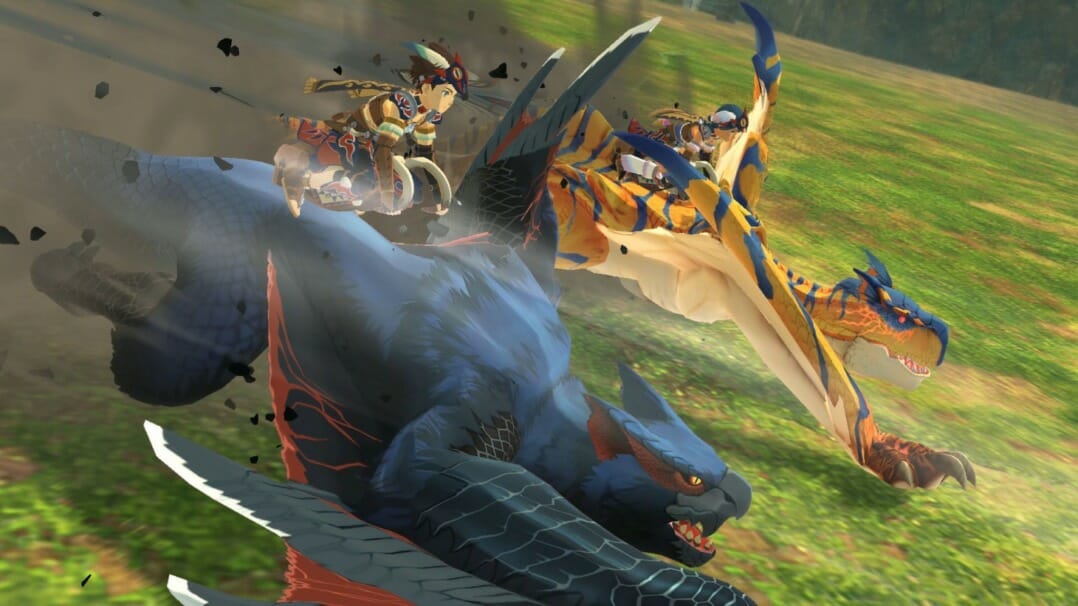 We tend to forget them but items can be decisive in Monster Hunter Stories 2: Wings of Ruin. So use barrels or knives at the right time to refine your strategies. For example, if a monster sinks to the ground, use a sonic bomb to make it vulnerable for an entire turn.

Incorporate a Tigerx as soon as you can.

Exploration involves many of the abilities of monsties. For example, it's a good idea to have at least one water monster on your team to use Swim.

However, the best asset you can have fairly early in the game is a Tigerx.

With its ability to climb vines, you can easily retrieve lots of chests from high places. In addition, its "charge" ability allows you to run in a straight line and thus gain speed when you want to move faster.

By completing missions or opening chests, you will earn bottle caps that you can spend at a Felyne. However, you are advised to save everything until he sells plans for your stable so that you have enough space to store monsties, but also Shipping + tickets so that you can send more monsties on expeditions and thus get more materials and EXP. 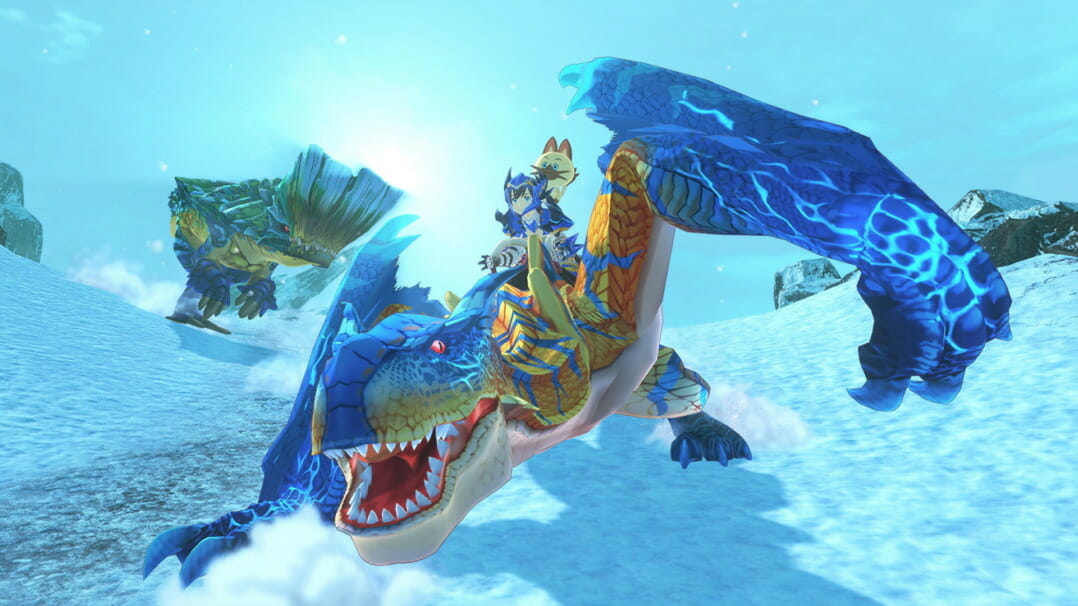 Send your monsties for shipping as often as possible

Expeditions not only allow you to EXP your monsters but also to find a lot of rare items and materials.

So don't hesitate to send your monsters back as soon as Navirou tells you that one of them is finished. It is recommended that you use the "Meticulous" instruction at the start to get a wide range of resources.

If you see a golden monster's lair, go for it!

While walking around, you can sometimes see golden dens in the distance. Don't hesitate to stop or deviate a bit from your path to get a rare egg. This will allow you to collect rare genes to do your business later.