How to Setup Chromecast in a Few Easy Steps 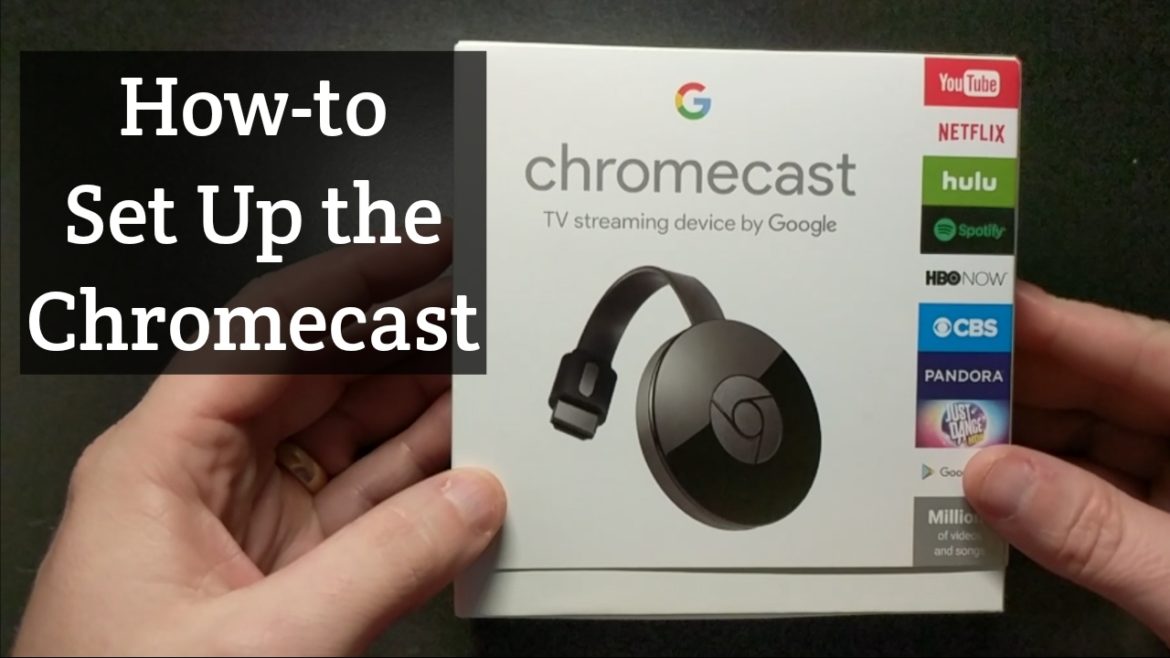 Over the last 15 years, Google has introduced Google TV, Android TV, and Chromecast to help you personalize your smartphone-TV user experience. Interestingly, Chromecast, the primary focus of our article, has had various modifications and versions since it entered the market in 2015.

The current 2020 version, Chromecast for Google, has all the features of Google TV, Android TV, and the previous model of Chromecast. It also comes with a remote, meaning you don’t need to connect it to your phone for navigation.

To setup both versions, do the following:

Read on to see more details. 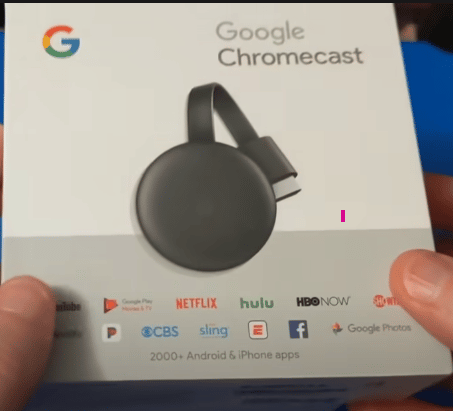 The remote has eight buttons: the Back, Google Assistant, YouTube, Netflix, power, and Mute buttons. 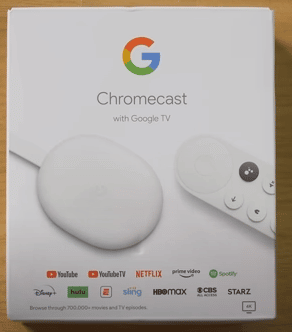 Also, it has a controller and a select button in the middle, a microphone, and volume controls on the side.

Related: Does Chromecast Need WiFi? Yes And No!

How to Setup Chromecast On TV

For Chromecast setup on TV, follow the following steps.

1. Assemble and Power up Chromecast

To assemble Chromecast, plug the Chromecast into the TV via the HDMI end of your device into the HDMI port in your Television. 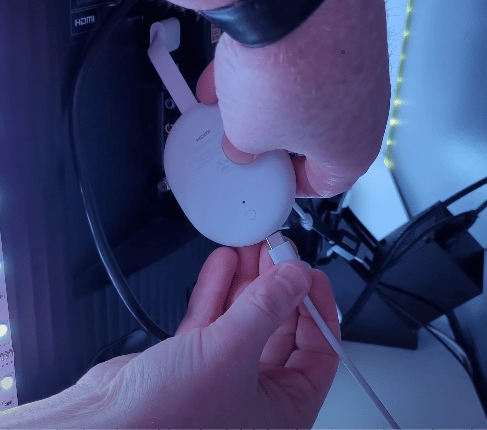 Related: Chromecast Ultra vs. Chromecast With Google TV – A Comparison

The second step is downloading Google Home Application on a tablet or smartphone. The app enables you to use your smartphone as a remote.

You’ll have to keep the app open until streaming stats. Once it begins, you can turn off the app and use it for other purposes. This step is critical when you’re using the earlier model of Chromecast. However, Chromecast for Google TV comes with a remote. Thus, saving you the hassle of downloading Google Home to make your phone into a remote.

However, you’ll still need the application for Chromecast setup. But you can cast Chromecast without using the phone, though it will be slower than using the smartphone.

3. Setting up Chromecast On TV

To set up Chromecast for Google TV, do the following. Note that the screenshots are the casting of Chromecast on Google TV.

1. Hold down the back and the home buttons concurrently to pair the remote 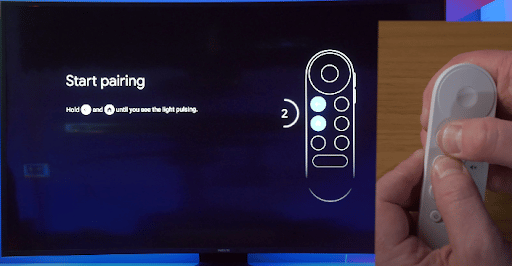 You can use the remote (select down on your TV screen) or your phone because it’s faster. 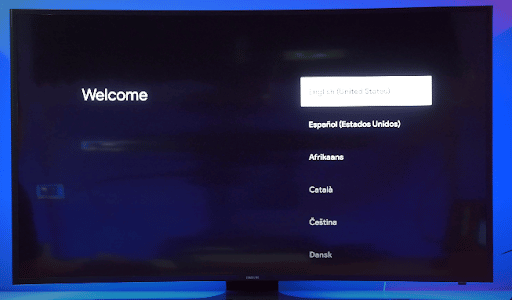 Using the Google Home app, there’s the choice of “setting up Chromecast.” Click it. 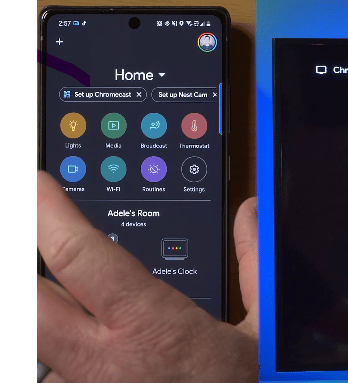 Sometimes, the Set-Up-Chromecast option isn’t available. In that case, click the plus button, then setup the device. Then on the top results, you have Set-Up-Device-in your Google Home application.

3. Next, scan the code on the TV’s screen 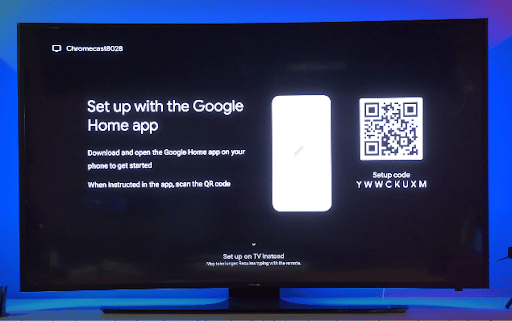 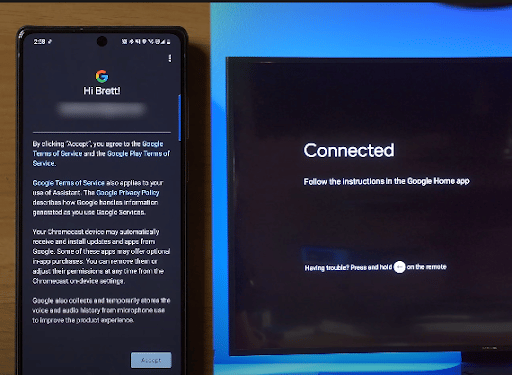 Where the TV is, for instance, in the living room, office, or bedroom. 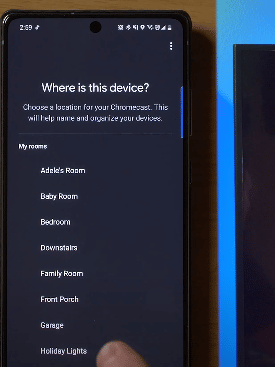 5. Select the Wi-Fi network to connect to

This step ensures that the device remains operational even when you disconnect the phone. 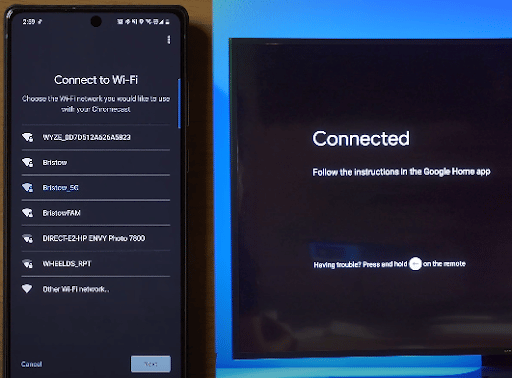 This step personalizes your user experience. 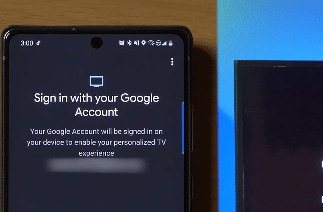 At this point, the device updates on the TV, while at the same time, the Chromecast on the phone requests to access your TV location to localize your experience. 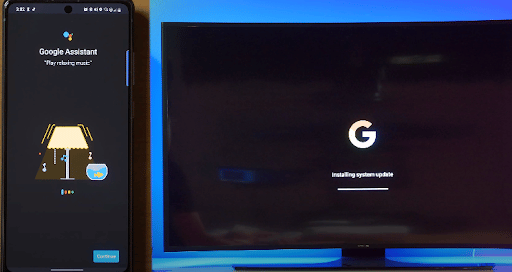 It also allows you to improve your Chromecast and activate Google Assistant. Disclaimer: Activating Google Assistant is only available for the latest model. Click accept. 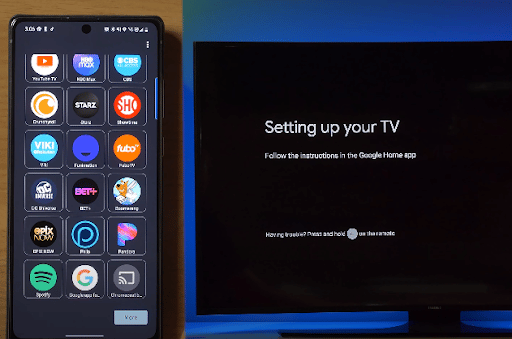 By choosing what the screen will display if the TV isn’t playing anything, for instance, Time, art, weather, and personalized photos. 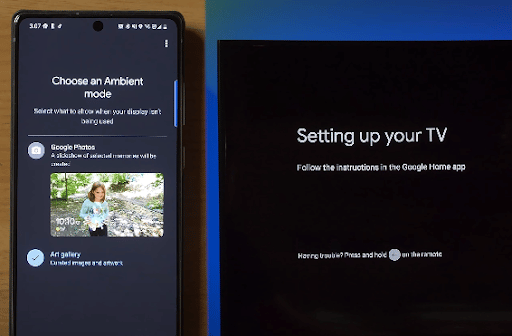 Decide what you’ll use to play sound. Select either the soundbar, TV, or AV receiver.

10. Point the remote to your TV to test whether the volume is working

Here it will add the final touches by downloading the applications you selected. After a while, the display changes from the typical weather, time, art, etc., to the Chromecast with Google TV Interphase, which features various applications you could click and access using the remote.

Casting content applies to the older version. After selecting the Google services, choose the apps, for example, YouTube. Thus, every time you use YouTube or the other options you choose, it will give the cast option. 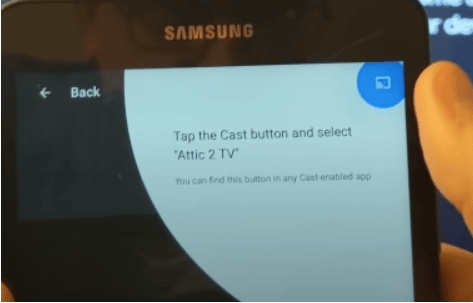 Select it, and once it asks you where to cast it, select the device you choose, in this case, your TV. You can adjust the volume using your phone.

One of the differences between the earlier version of Chromecast and the new one is the casting of the content. The latest version doesn’t need you to select and cast the apps on your TV because it puts together all the applications, including TV shows, movies, and music. So you don’t need to go browse-looking for them. 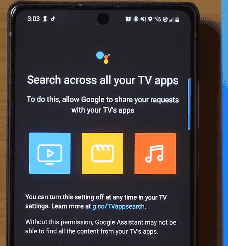 It also has the voice search option, which controls what to search and what to do with the Google Assistant. If the device restarts while casting, you’ll need to recast again. And voilà! We have set up Chromecast on your TV. 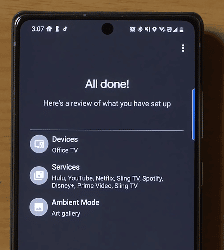 For both of these features, click allow during the setup process.

How to Connect Chromecast to Wi-Fi

Connecting Chromecast to your network requires the following.

This step ensures Chromecast doesn’t stop streaming on the TV after the phone goes off. This first way is possible with the Chromecast for Google TV.

With Chromecast’s earlier version, do the following.

How to setup Chromecast on iPhone

Chromecast Setup on iPhone or iPad is similar to android in the first two steps of assembling and powering up the Chromecast. The next step is different because it requires Bluetooth for iPhone. Therefore, the subsequent two steps from step three include the following.

Chromecast Setup is free. You only need a Wi-Fi connection, power, the Chromecast device, and the user instructions which come with the package.

How Do I Connect My Phone to My TV Using Chromecast?

You’ll connect your phone to your TV using Chromecast by downloading the Google Home Application on the phone. The app helps you to use the smartphone as the remote.

To setup Chromecast on Windows 10 and 11 devices, do the following. 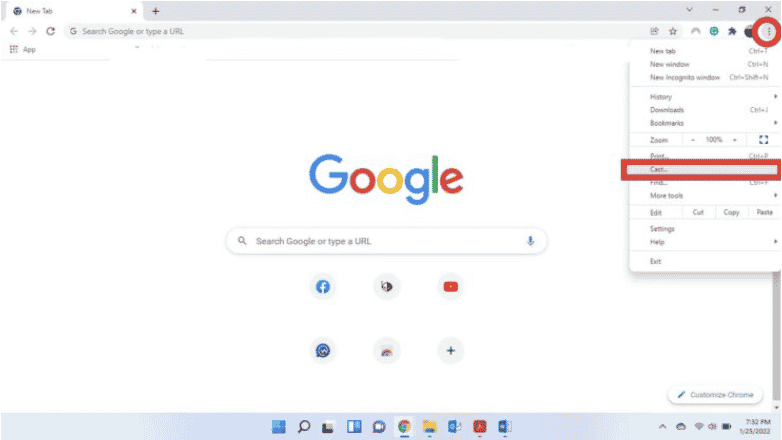 Can you Chromecast Setup Without App?

Yes, you can set up Chromecast without the Google Home app if you have the latest version of Chromecast. Chromecast for Google TV comes with a remote that you can customize to carry out all the functions you’ll need in the app. However, the process will take a longer time, as seen earlier.

Setting up Chromecast is straightforward. Chromecast for Google TV is unique because it has special features, like using the Chromecast without the app. But the option is good where you’re not in a hurry because it takes some time to load.

In conclusion, this is a to-go-for device whose worth surpasses the cost. Happy Setting up!