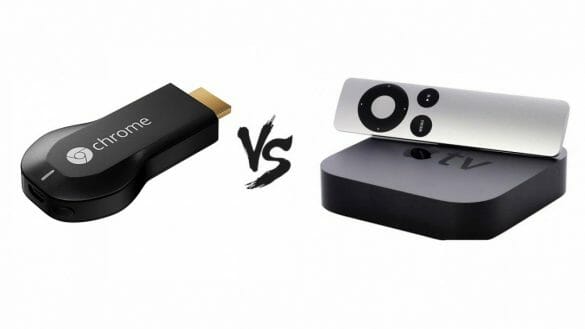 Netflix, HBO Go, and other streaming services are now the go-to entertainment sources for TV and movie fans worldwide.

With the introduction of Apple TV and Google Chromecast, you don’t need a computer to watch your favorite TV series or movies; you only need your smartphone, your television, and an app.

Maybe you are torn between the Chromecast set-up and Apple TV; which among these popular IPTV options will meet your needs? No worries, for this article, I will set the record straight. Read, and then you decide.

Related: Android TV vs. Google TV – What Are The Key Differences? 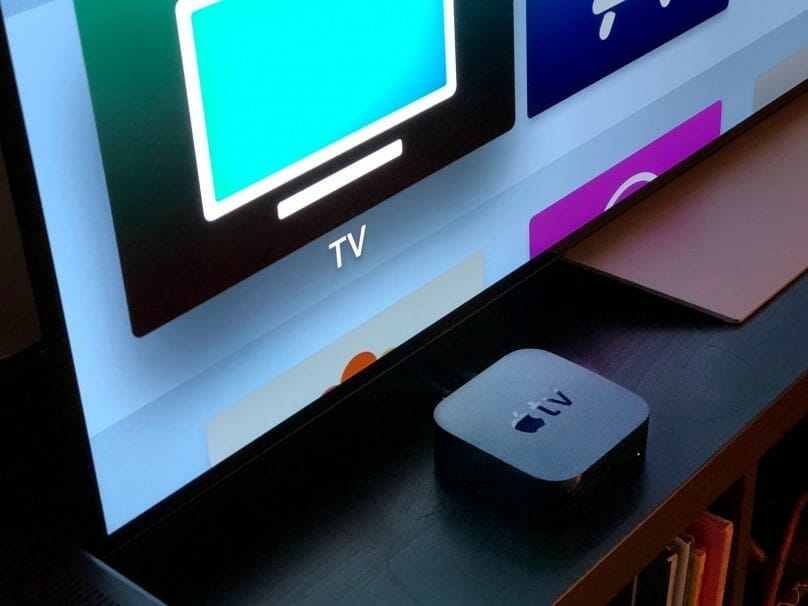 A Quick Rundown on Apple TV

Apple TV was introduced to the public in 2007. This is a portable media-streaming unit that transforms your television into a smart unit. It connects to the TV through an HDMI cable and operates on the same platform as other devices from the brand, like the iPhone and iPad.

This media center also operates with iTunes so that you can stream your favorite music, films, and games on your TV. It works with applications like Netflix and Hulu Plus and streams music from Apple Music and Pandora.

A Quick Rundown on Google Chromecast

Google’s Chromecast was introduced in 2013. This is a portable media-streaming unit with plug-in features; it comes with a dongle that users can connect the device to the HDMI port of their televisions. 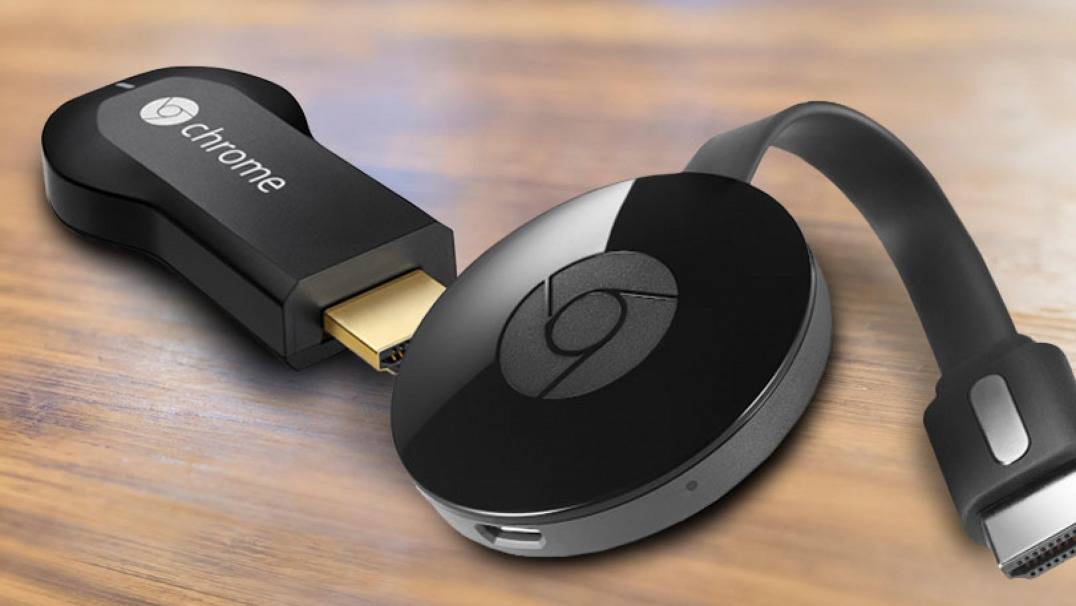 The device plays audio and video content using an audio system or a smart TV which streams it using a Wi-Fi connection or other networks nearby. The device also features a USB port and an HDMI port.

Know more about what sets Chromecast and Apple TV apart from each other.

Both Apple TV and Chromecast provide fairly reasonable streaming and have similar functions. However, that’s where the similarities end.

Apple TV serves more like a media center (minus the television and internet connection) since it already comes equipped with apps like Netflix, YouTube, HBO Go, and Hulu, allowing you to stream several movies and TV shows directly to your smart TV.

Chromecast does not have applications and is a handy plug-in media-steaming unit designed with a dongle that you can plug into your TV’s HDMI port. The features of this device are a stark contrast to the black box and multi-media design of the Apple TV.

Apple TV’s system is fuss-free; it will not require any extra software. Chromecast necessitates other items to function, like a smartphone, a computer, or a tablet, to stream video content to your television. 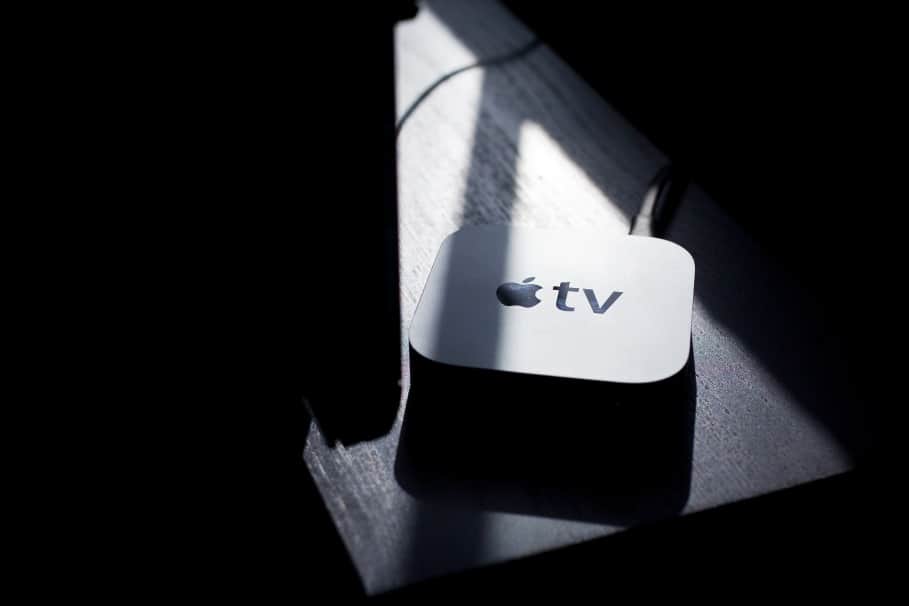 Users must plug the Chromecast into their televisions and download the Google Home App from the Google Play Store or Apple App Store. From there, they can pick the devices in Google Home and connect them online through a code shown on the app and television screen.

Apple TV features a pocket-sized, Bluetooth remote with a design similar to the brand’s iPod device. You can use this remote to get into the settings menu, browse different channels or put the device to sleep. If you are not too keen on using a handheld remote, the free Remote app can also control the device.

Apple TV addresses a variety of built-in apps, and it operates on the same platform that other Apple devices use; the mechanisms that allow iOS and iTunes also manage the functionality of this IPTV device.

Apple TV has AirPlay, which is the brand’s wireless streaming service. This is used by the device to stream various content from videos, music, and images between AirPlay-enabled devices. Apple TV users can also acquire applications from Google Play for streaming content.

Chromecast does not allow the playback of content on Android devices; users can watch Netflix, YouTube, and other streaming services supported by the brand on their HDTV or an AV receiver. 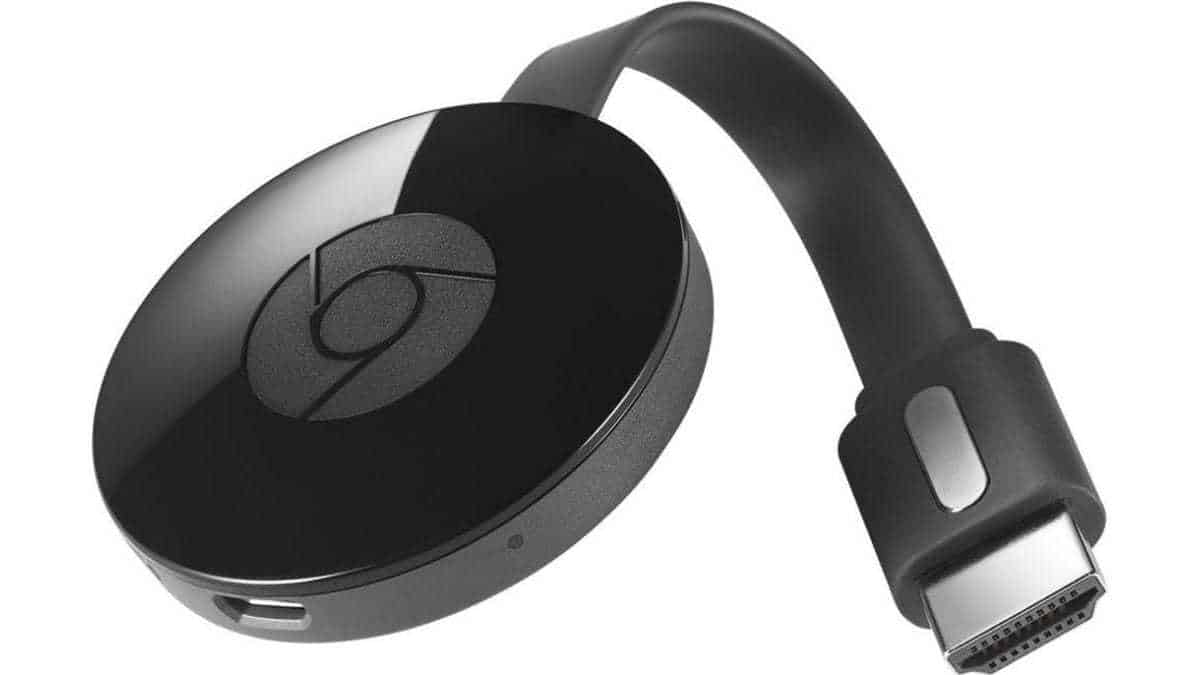 So Which IPTV Device Should You Purchase?

There are many factors to consider when choosing which IPTV device will meet your demands best. Budget, for one, is essential. So are the features and the design of the unit.

The features of the Apple TV and the Google Chromecast differ, but when it comes to their functions, they are relatively the same. Both products work superbly and make watching TV shows and movies a more convenient experience since users can get content online with less fuss.

To decide on which device will work for you, it is recommended that you get the one that meets your preferences. If you are after a specific streaming service that only Chromecast provides, then getting this Google device will be a more practical decision for you.

If you are after versatility, Google’s Chromecast wins hands down. The device works with both Android and iOS units. Even though it’s a Google product, Chromecast also functions using phones, Android tablets, and Chromebook. At most, AirPlay can only operate with iOS units.

If mirroring is your priority, AirPlay is the better choice since it is well-known for its full-screen mirroring capabilities. AirPlay was the first proprietary protocol suite that made this happen and did well in this aspect.

Apple TV is your sound pick if you are into iOS and AirPlay or own several Apple devices.

For budget-friendly options, Chromecast is the better choice.

Your preferences matter when it comes to deciding on the best IPTV device. List all the things you need for such devices, and consider the essentials provided in this article for both the Chromecast and Apple TV.

The article has discussed all you need to know about Google Chromecast and Apple TV. Here’s hoping this article helped you immensely in your buying decision.

eBook Reader for iPad – Which One Is The Best ?