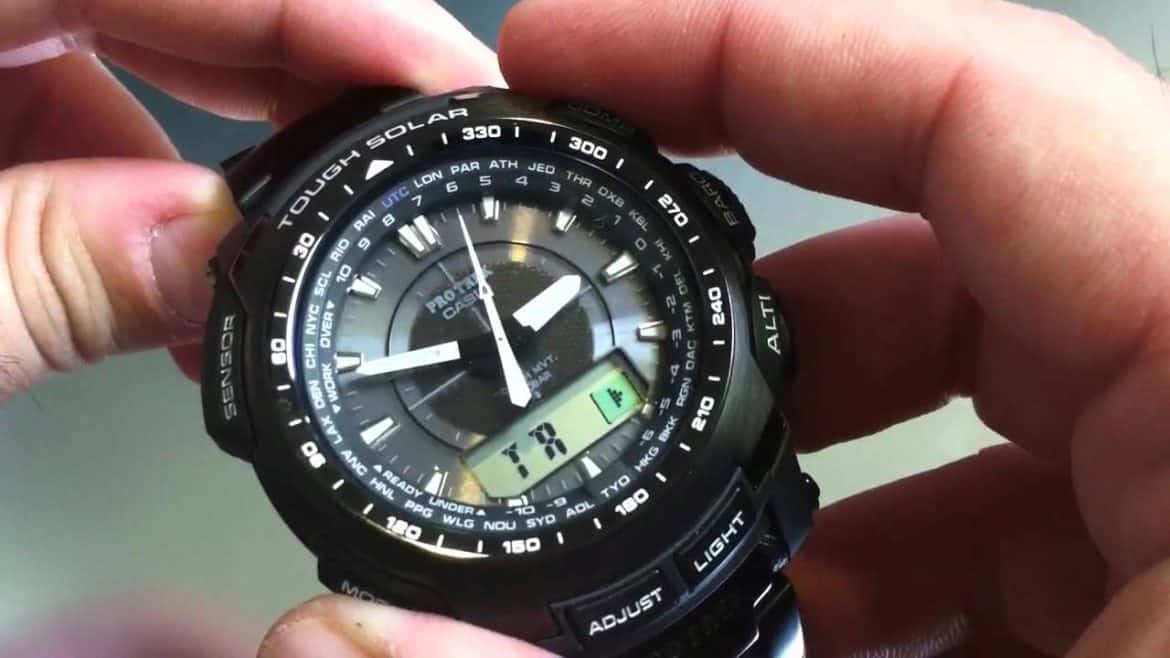 You may be sporting the most expensive watch there is and probably even an horologist, but if it’s set to the wrong time, it defeats its inherent purpose. Even the most exquisite timepieces struggle to keep accurate time.

If a watch is off even for just a couple of seconds, the errors simply don’t cancel out. Erroneous time telling can add up to minutes, days or even months of a year. Now wouldn’t it be super convenient if your watch can automatically set itself right to set to the right time than rely on watch winders ever so often? This is essentially what atomic timekeeping watches do.

Let us take a closer look at how an atomic watch works, so you understand why it’s an excellent upgrade from the watch currently around your wrists.

What is an atomic clock?

By using an atomic clock, you can tell the exact time utilizing the exacting precision of NASA, given NASA even uses the atomic clock during its rocket countdowns.

What Makes The Atomic Clock ​Accurate? 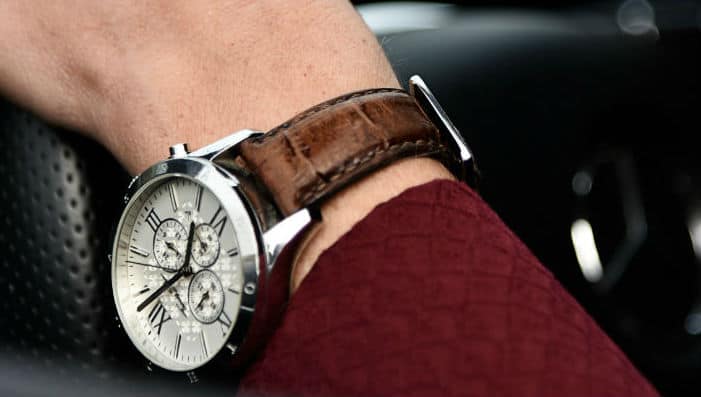 It will take many hours to explain the exact science behind the atomic clock, but simply put, this timepiece identifies the exact length of one second by calculating the total number of beats of the caesium-122 particle. The number of caesium frequencies that happens in a second is 9,192,631,770.

The variable that is being computed is the beats of the electrons across levels of energy. This can be accurately determined by the observing microwave signals that are produced by electrons in transition.

Given that it is faster to compute the speed of slower targets, and atoms move at a relatively slow rate at lower temperatures, atomic clocks cool the particles at absolute zero temperature.

Simply put, if you wear any type of watch besides an atomic timepiece, you don’t have the most precise or accurate time. Your significant other may have presented you with a limited-edition watch of exquisite craftsmanship, but sad to say, it’s probably still faulty to at least a few milliseconds.

It is also imperative to note that all timepieces suffer from clock drift, a term which essentially refers to the desynchronization of a watch from its baseline clock. If your watch was initially synched by the atomic clock, it will run delayed at some point.

After one year from purchase, if you were to contrast the time of your watch to that of an atomic timepiece, you will inarguably notice some timing discrepancy.

Humans are yet to develop a clock that doesn’t suffer from clock drift. Even atomic timepieces drift at times, but on average, the drift happens only one second every 100 million years. This means that the discrepancy is too small to be noticeable.

It is revealed that the most precise and accurate watch only loses one second every 15 billion years. Well, it’s not that anyone will be around that long to measure such discrepancy.

Indeed, an atomic watch is more precise than the most expensive timepieces out there.

How Do Atomic Watches ​Work? 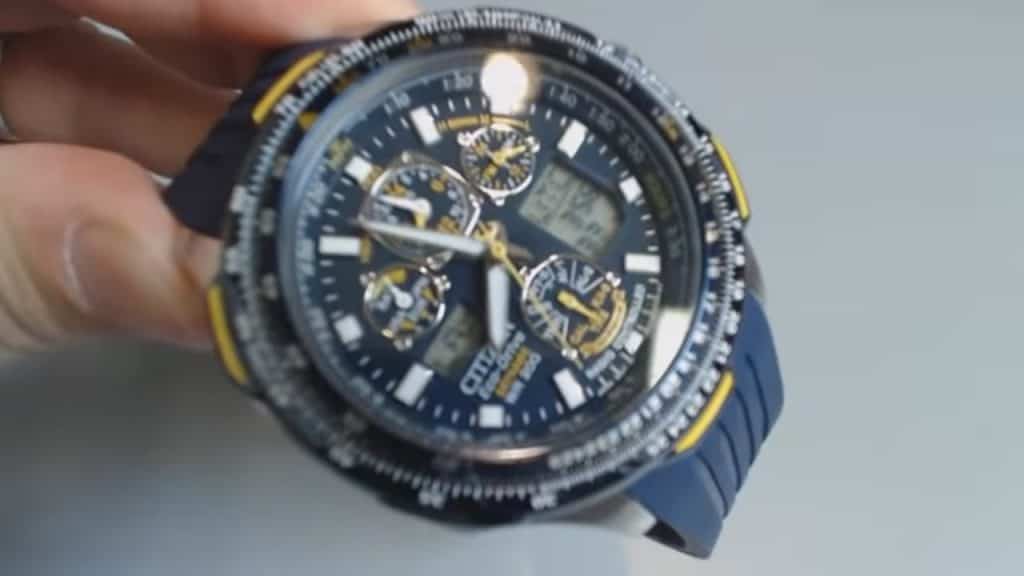 Of course, it is impossible for any watch manufacturer to create a compact device that can measure atomic vibrations accurately. An atomic clock maintains a signal by connecting to an atomic watch.

In the United States, for instance, the atomic clock in Fort Collins, Colorado serves as the reference for atomic watches in the country. It is considered as the most precise watch in the world.

This clock is being operated and maintained by NIST or the National Institute of Standards and Technology. Atomic clocks found in other countries establish a connection with clocks in other parts of the globe.

American-made atomic timepieces are made to search for Ft. Collins’ 60 kHz radio signal at least once daily. The signal is being broadcasted at a range of 1,864 miles. It then receives and reads the signal to ensure accuracy.

Bear in mind that your watch doesn’t stay in permanent communication with the atomic clock, as it doesn’t need to since 24 hours isn’t long enough for the clock to suffer from clock drift.

Inarguably, atomic timepieces are marvellous devices to experience, but they too, are not flawless. In order for an atomic watch to operate based on its design, it must have the ability to receive signals from the atomic clock.

There are two variables that can lead to loss of connection with an atomic clock:

If your watch moves far from the ideal broadcast range of the atomic clock, it will be impossible to synchronize your watch with it. The majority of watches made in the U.S. do not have the ability to sync with other atomic timepieces because they emit different frequencies from those produced by the atomic clock at Ft. Collins. Simply put, a large percentage of atomic clocks being produced are regionally specific in nature. 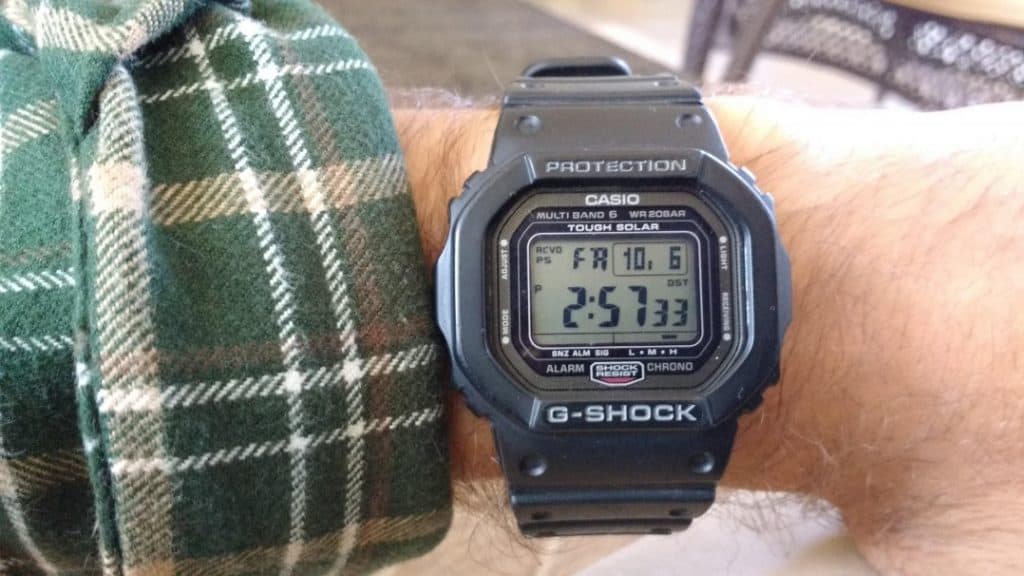 Radio signals can permeate most materials, which makes them highly useful and versatile. Sadly, there are also elements that can interrupt or block a signal completely.

Certain types of metals, such as those used in the manufacturing of safes and reinforced structures, inhibit radio signals. Different radio signals and electronic devices can interfere, which explains why watches are automated to be adjusted in the evenings when there are fewer signal obstructions.

The amount of interference that an atomic clock suffers from is generally minimal and is not likely to be noticed by its wearers. Even if your atomic watch is out of range of the signal for a few days, it will automatically recalibrate itself to the correct time once it is within range.

The latest models of atomic timepieces are integrated with features that successfully minimize interference. They are outfitted with GPS, which makes it possible for them to receive signals coming from satellites, as well as sync with nearby atomic clocks.

We won’t wait too long for these errors or minor flaws to be remedied by advanced technologies that will surely be introduced in the near future.