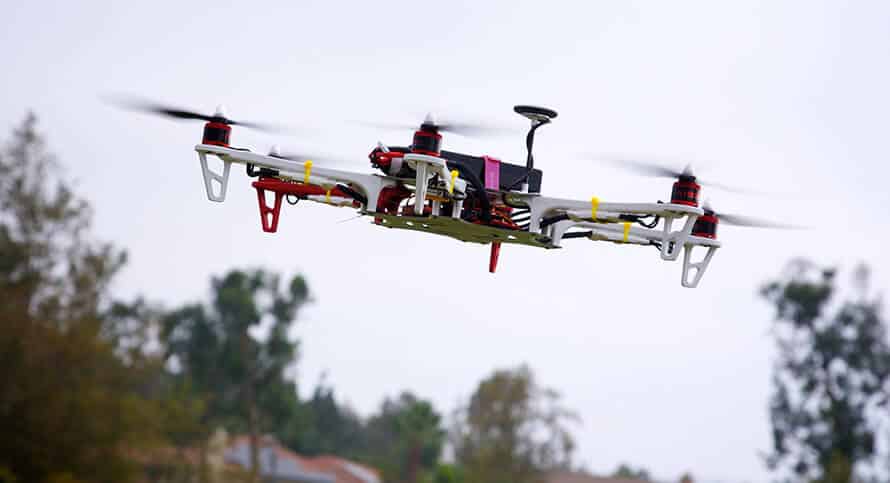 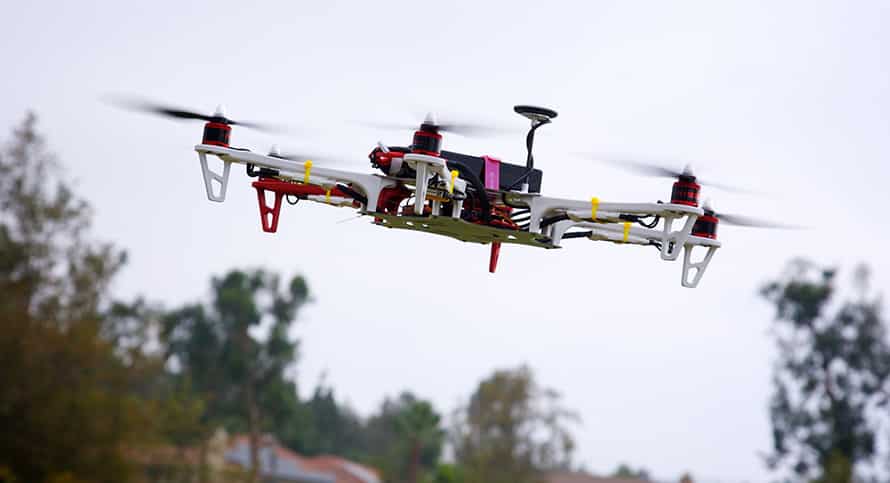 It was just a regular day of play in Modesto, California, when Brett McBay shot down his neighbor’s customized hexacopter drone. Eric Joe had been out flying a drone over his parent’s orchard, one that he had made from scratch. Unfortunately, his neighbor shot it down with a shotgun, arguing it was on his property. That argument didn’t stand up well in court.

McBay accused Joe of testing surveillance for the CIA. What’s so funny is that it would have definitely been illegal shooting down their equipment, let alone some poor guy’s toy?

After the death of the drone, a series of emails ensued. Eric Joe was impressed by his neighbor’s marksmanship, but he wanted some reimbursement for parts. McBay responded by asking to be informed next time surveillance equipment was being tested over his property.

While most of the hexacopter survived, Eric Joe had to pay about $700 to have some of the broken parts replaced. McBay agreed to pay for half of that cost, but not the full amount. Eric Joe was displeased, so he decided to take his neighbor to court. He won the full amount.

While flying drones are causing property owners to be a bit nervous about security, no state bill has announced that trespassing is illegal—yet. There’s also the issue of enforcement, and what happens if your neighbor is peeping into your windows with a drone.

In February, California state legislature introduced a bill to start the process to address these concerns. Drones flying over private property will be considered trespassing. Other states still haven’t tackled the issue. Even the FAA still isn’t sure how to regulate drones.

In property law, how much airspace does a property owner own? Or is it considered public, at a certain altitude? While property laws allow for some air height, and ground depth, just how much is the question.

These questions have the FAA and the legal system trying to find some form of definition, so they can create laws and regulations to prevent misuse of flying drones, hobby or commercial.

One possible solution being quoted is 500 feet. This may or may not include a house or an apartment building, which extends higher into the air. And you can still invade someone’s privacy with a camera that may work from 600 feet away.

Just check Google Earth for some of the issues with privacy. At least they do blur out people’s faces, and signage before posting their maps publicly.

Another issue is that drones are often recommended to fly below 400 feet, to avoid hitting planes and helicopters.

In the end, McBay proved that his hexacopter was over his parent’s property, and not his neighbors, by the GPS data. Fortunately, the GPS unit survived being shot down. The drone may have flown above the road, which would be public property between the two neighbors.

For now, lesson learned is to not shoot down your neighbor’s drone, as laws and regulations are still being defined.

Amazon Can Deliver Packages in 30 Minutes – But Do You Want Them to?