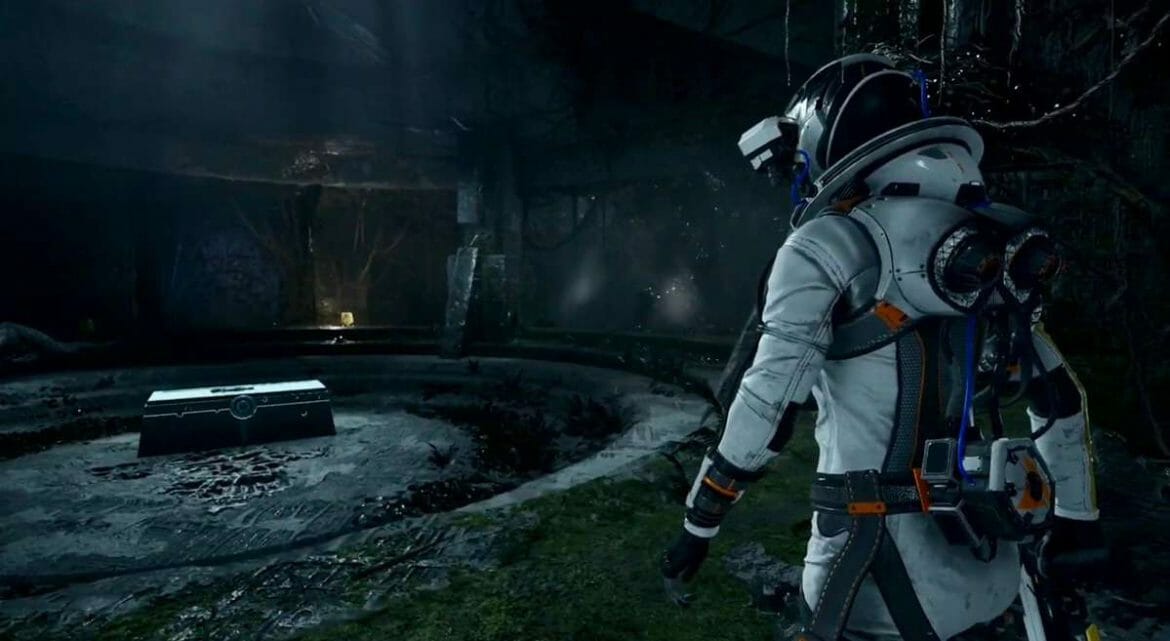 Out of Sony's slew of Upcoming PS5 titles, Returnal is perhaps the most exciting prospect of the bunch.

Despite still being surrounded in secrecy, we now know a lot more about Housemarque's hotly-anticipated bullet-hell shooter.

Now, I have been keeping a nearby eye on this one for some time. And thankfully, we finally have further details to share since the game dropped.

So, in the spirit of sci-fi, let's suit up in our slick space attire and send those aliens back to oblivion.

Things are about to get hugely hectic—fast and furious style. So, let us marvel at the mayhem together.

The big clue is in the name. According to the developers, Returnal was first dreamt up three years ago and is perhaps conceptually their most bold and ambitious project yet.

Laced with all the hallmarks often associated with older works under their resume. In the past, Housemarque has been at the forefront of creating console exclusives for Sony's PlayStation. What with having worked on Resogun and Nex Machina.

For the most part, two titles befitting that frantic shooter style of game synonymous with the studio.

It is little wonder then that Sony would once again recruit their services. Though this time, with wishes to conjure another memorable yet unique next-gen gaming experience.

And the game does seem to be gearing up that way. 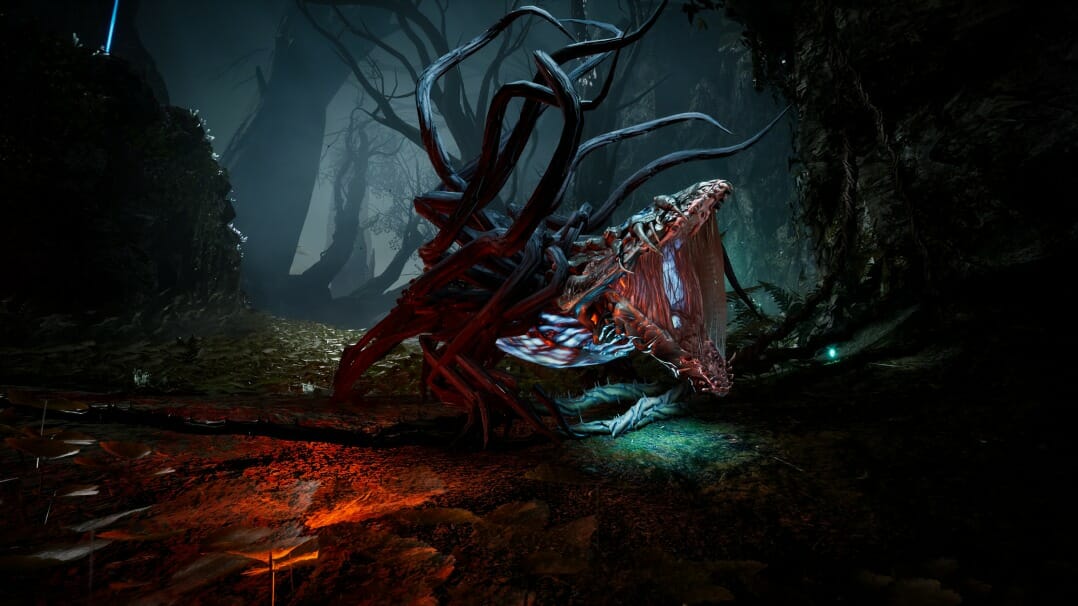 Who Is the Protagonist in Returnal?

On the surface, the story of Returnal orbits around female protagonist Selene. After crash-landing on an abstract Alien planet, Selene, unfortunately, passes away upon impact.

She then comes back to life, only to die again. Faced with an endless loop of death and rebirth, Selene, stranded in an inescapable cycle, must piece together the many puzzles of this mysterious planet. While at the same time unearthing the reasons behind her downfall.

It's worth noting that, unlike previous games under the Housemarque stamp, Returnal will play from the third-person perspective.

Rogue-Lite with A Firm Slice of Souls

If addictive arcade-like action is the essence of past games, then Returnal very much borrows from that same formula.

Using those past moulds as a template, we can expect rewarding twitch-based action with much of the power placed firmly at the player's fingertips.

Inevitably that means an element of alert-level responsiveness while rewarding players for fine-tuned skill honed over time—two aspects, all but crucial to player progression.

Tying into these gameplay themes is the title's rogue format. As many of you know already, the levels in Returnal are procedurally generated. That means that every cycle is different from the next.

How exactly this plays out is a mystery at this point, but these shifting states of play will likely affect gameplay on the whole. Not just in the immediate sense. But even in the long-term. 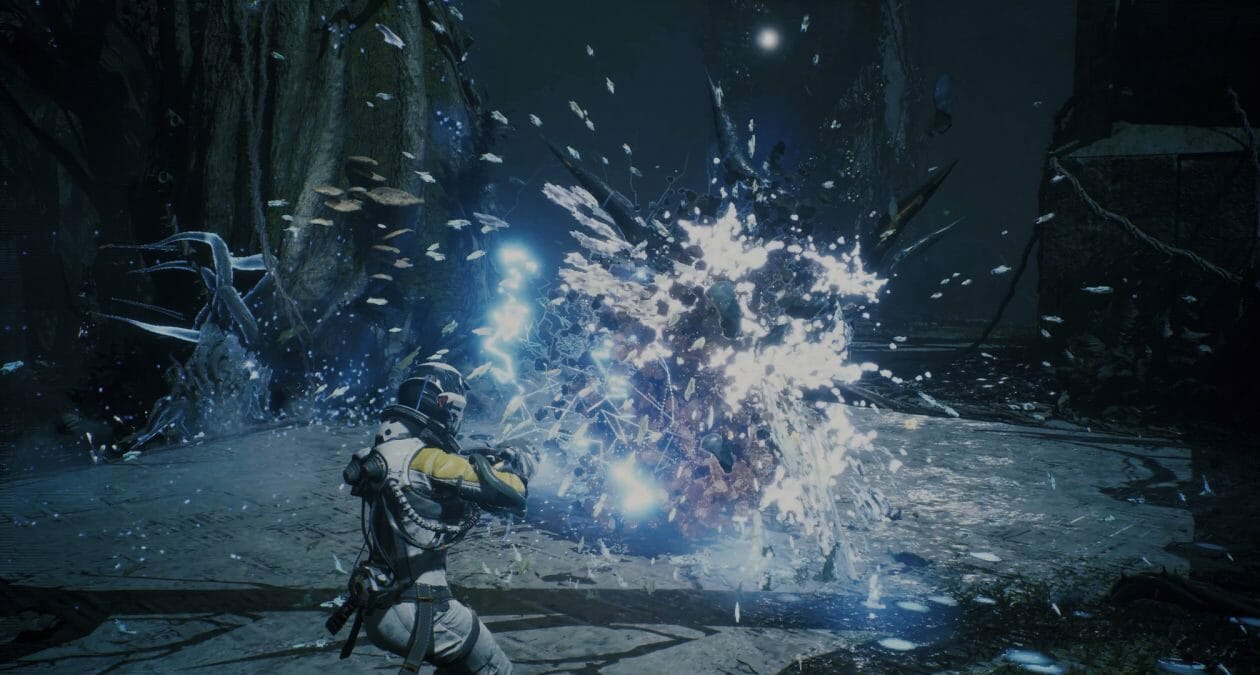 The Pros & Cons of Death and Rebirth

During each run or cycle, as with all roguelikes, there will be an aspect of luck involved. As in, the items, weapons, and even alien tech you scavenge along the way are all subject to change.

Some of it, though, will carry into the next cycle. Perhaps, taking the form of a permanent upgrade system. Or something along those lines.

We do know that the game will feature Alienware. Not only can Selene pimp out her suit with upgraded powers, but she will also have access to new tools. In effect, this will allow her to increase the potency and efficiency of weapon types.

Again, we hope it works out that way. Come launch.

Will Returnal Host Much of a Story?

This next part is perhaps the most surprising aspect of all. But, by and large, a welcome one.

Given that Returnal adopts the rogue format, any semblance of a story in this game style typically takes a backseat. After all, the nature of repetition doesn't always serve narrative structure too well.

For me, that's what makes Returnal a much more exciting prospect. As we all witnessed in the reveal trailer, Selene's space fairing affair has plenty of cinematic splendour interspersing the trigger-tapping carnage.

Let us hope the story holds firm for the game's duration. If it does, I'm sure many gamers will remain glued to their seats, including me. 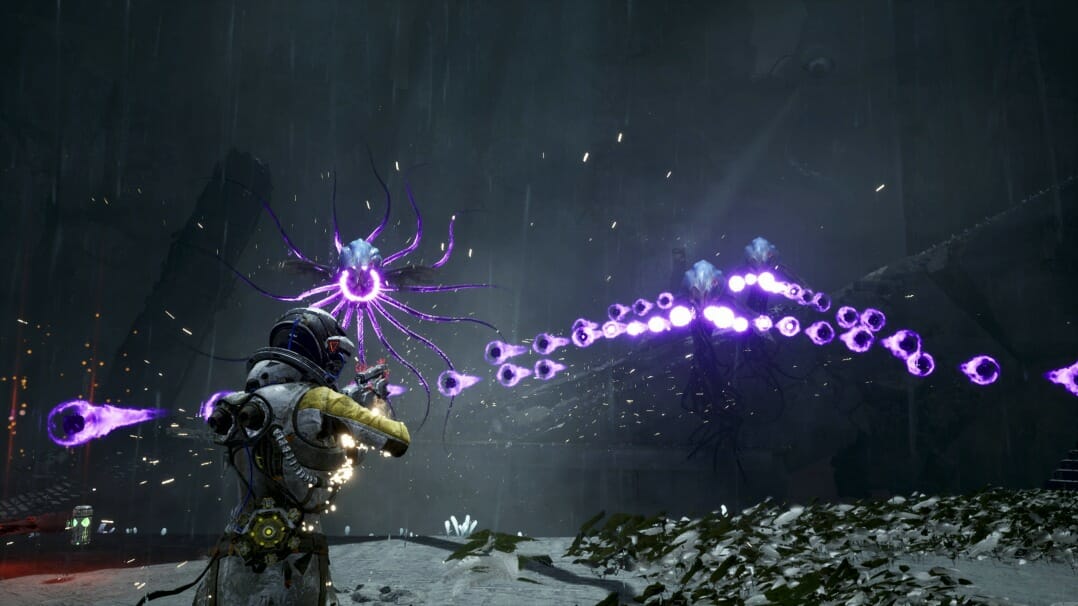 Making the Most of PS5 Tech

Returnal is solely a PS5 game. That means it is optimised entirely with next-gen hardware in mind—sorry PS4 players.

What does this amount to, from a player experience standpoint? Well. Firstly, we can expect 3D audio to play its part, designed to give objects and environments a more resonant, spatially aware sound.

Hopefully, this will lead to plenty of immersive gameplay.

Then there is the newly integrated haptic feedback technology. Of course, Sony's been banging that drum since the PS5 reveal event. That said, we've since seen how impressive the tech can be when utilised effectively.

Toying with the player's senses is controller feedback, imparting a more live-action feel by issuing a physical kickback via the pad.

I imagine this sensation to be at its most effective during high-intensity battle scenes with bullets flying left and right and explosions popping off all around.

It sounds utterly glorious. Although I always love a good story, I'm more excited to get stuck into an addictive gameplay loop, as is the case with the soul's series.

For me, it has been too long! Plus, I need to fill the void following my recent completion of Demon's Souls.

All in all, I'm super stoked to see what Housemarque has in store for players come launch.

Besides, it's not often we get the chance to play a bullet hell game set in a 3D arena. Equally, I am excited by the overall story and look forward to discovering Selene's ultimate fate.

Rest assured, we're all in for a frantic, bullet-filled feast when it does eventually decide to hit store shelves.

As always, I want to hear of your hot takes on the matter. What do you make of Returnal? Will it be a best-seller for PS5? Or an overhyped flop?

I look forward to reading all your thoughts.