Now You Can Replace Your Kitchen – The 3d Printer Way! 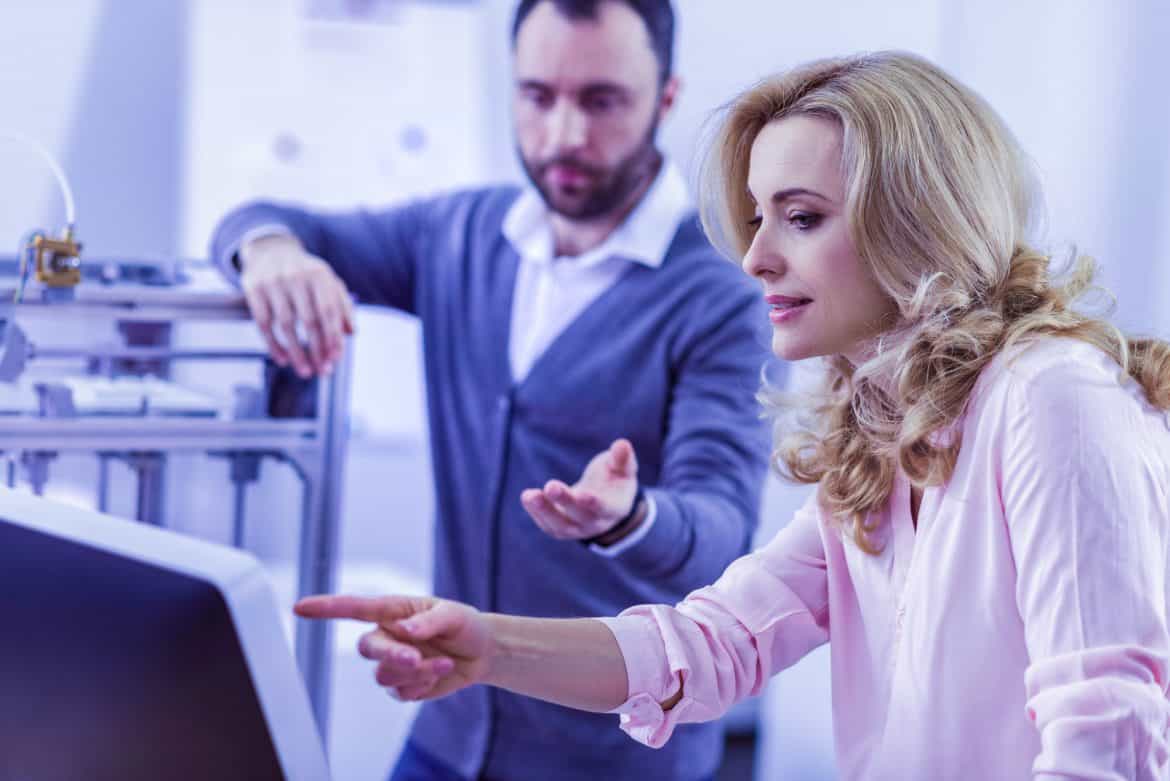 “3D printed pizza, anyone? How about 3d printed soufflé for dessert?”

What you’re hearing ain’t gonna be far from impossible. The age of being able to print off anything in your home is fast approaching. For the past years, different versions of 3d printers have been made available in the market allowing people to print off just about ANYTHING – from missing washing machine parts, eyeglass frames to moving toys – right from their homes.

3D printers have the ability to build solid objects layer by layer using computer models from a digital Computer Aided Design (CAD) file. Such is scanned into a 3D modeling program (with a 3D scanner) in which a software then slices the design into hundreds or thousands of horizontal layers. The 3D printer reads the file and creates each layer exactly to specification (with no hint of the layering visible) and the end result: a three dimensional object.

As research and development on this new technology escalated, some communities and groups began designing 3d printers that can print food! Check them out here:

Instead of the plastic extruder other 3d printers are built with, researchers from Cornell University came up with syringe-based toolhead versions of 3d printers that can work around with different kinds of materials ranging from silicone, stainless steel, clay, and food ingredients such as frostings, cake batter, caramel, cheese, pasta and chocolate among many others.

The device doesn’t appear like a traditional printer; it’s more like an industrial fabrication machine. Raw food inks are deposited into the machine, the recipe (FabApp) is loaded, and viola! The syringes start depositing food inks line by line, and layer by layer, according to the CAD-drawn blueprint.

Working with the French Culinary Institute, their experiments came up with amazing creations including a miniature space shuttle made of pureed scallops and cheese. The Manhattan-based culinary institute has been testing out the technology since 2009 and continues to be impressed with its many possibilities.

Kids will blow their mind if they see mom head to the printer instead of the kitchen and print out meatloaf for dinner. Definitely not kidding! The Imagine 3D printer, like the latter, is a syringe based 3D Printer that comes fully assembled. It works with a variety of materials, including chocolates, silicone, cheese, epoxy – and better believe it – meat.

Since all types of meat can be used with it (chicken, fish, turkey, beef, pork), creative eaters can have fun and practically ‘play with food’ by designing their sushi in any shape desired! Who says sushi always have to round?

The Choc Creator allows sweet lovers to create their own custom-made 3D treats. This technology uses open source 3D printing software and accepts standard 3D printing STL files and Gcode. Chocolate designs can be uploaded to the printer via a standard USB connection.

The current limitation with existing 3d printers that are capable of printing food is the requirement that any ingredient must be made into a puréed consistency. They can’t heat, season or bake any food.

Marcelo Coelho and Amit Zoran, a couple ingenious minds at MIT, began working on the Cornucopias Project and came up with several concept designs for a personal food factory that brings the versatility of the digital world to the realm of cooking. Their 3d printers work by storing, precisely mixing, depositing and cooking layers of ingredients. Transformation of ingredients into new compounds take place during the printing, thus, the final output have consistency and varied flavors as expected from gourmet meals.

The Digital Chocolatier prototype is designed intended to assemble and taste different chocolate candies using a graphical user interface that allows one to select and combine ingredients which the machine extrudes into the thermoelectric cup. Its interface allows users to rate and store recipes for future use. Finished product is ready for consumption.

The Digital Fabricator functions by storing, mixing, depositing and actually cooking layers of ingredients. This is made possible by the heating and cooling tubes located on the printing head. Through a touch-screen interface and web connectivity, users have ultimate control of textures, nutritional value and most importantly: the taste of every meal.

The Robotic Chef is a mechanical arm that can physically and chemically transform food. It can drill, cut, inject spices, compress and cook a piece of meat, fruit, or any solid food object held by the arm.

The Virtuoso Mixer can mix multiple ingredient variations outfitted with an array of thermoelectric heating and cooling elements that modifies the temperature of the produced mixtures in a very short time. Its interface can combine ingredients in controlled amounts, crush and mix them into different degrees, and extrude controlled amount of samples to allow adjustments of the recipe. Nothing goes to waste when experimenting with recipes using this machine. When one is satisfied, the final recipe can even be saved for future use.

It’s practically like having a plug-in masterchef in your kitchen. You can enjoy gourmet meals 3x a day, 24/7. With how fast 3d printers are developed and made available in the market, it won’t be impossible to have one in your home in less than a decade.

For those who are not ready to pay thousands of dollars for their own home 3D-printer, the NY-based 3d printing factory Shapeways allow consumers and retailers to upload their designs to them, which after printing, they ship the results back to the clients. Their production facility in Long Island City, Queens is the biggest consumer-focused 3D printing factory in the world with 50 printers filling its 25,000 feet of floor space. That allows them to work with over 30 different types of materials from the widest varieties including plastics, stainless steel, silver, ceramics, and more in all kinds of colors and finishes.

Not so recently, they successfully printed the Bacon Mobius Strip. If you’re thinking about ordering, you can get a quick quote directly from their website.

Using the expirimental molecular cooking technology, the Moléculaire is a handy CNC-food-printer that performs a layer-by-layer printing process out of small particles from diverse ingredients. Here’s what it can do: print three-dimensional desserts, complex structures, shapes for molecular dishes, and patterns for decorating a meal within minutes. Aside from being user-friendly, users can also create their own recipes, download recipes, or even share them with other users in an online community.

This futuristic kitchen appliance is at the Top 8 Finalist entry in the Electrolux DesignLab’09 competition. So, you can’t buy this anywhere – not just yet.

More developments on 3d printing food are on the way as researchers continue to better the technology. Sometime ago. Missouri-based startup Modern Meadow received the $350,000 grant to continue developing bioprinted meat for human consumption. The effort is geared on a more environmentally-friendly way to satisfy a natural human craving for animal protein.

The implications of the 3d printing technology could be far-reaching. 3D printing will do for food what email and instant messaging did for communication. In the future, will you be heading to the store and pick up a turkey cartridge that you can print dinner tonight. Sounds like science fiction — but it’s arriving sooner than we think.

Ultimate Review Of Best Back Massagers In 2023

How To Start And Operate A Zero Turn...

Trends in Home Security to Look Out For...