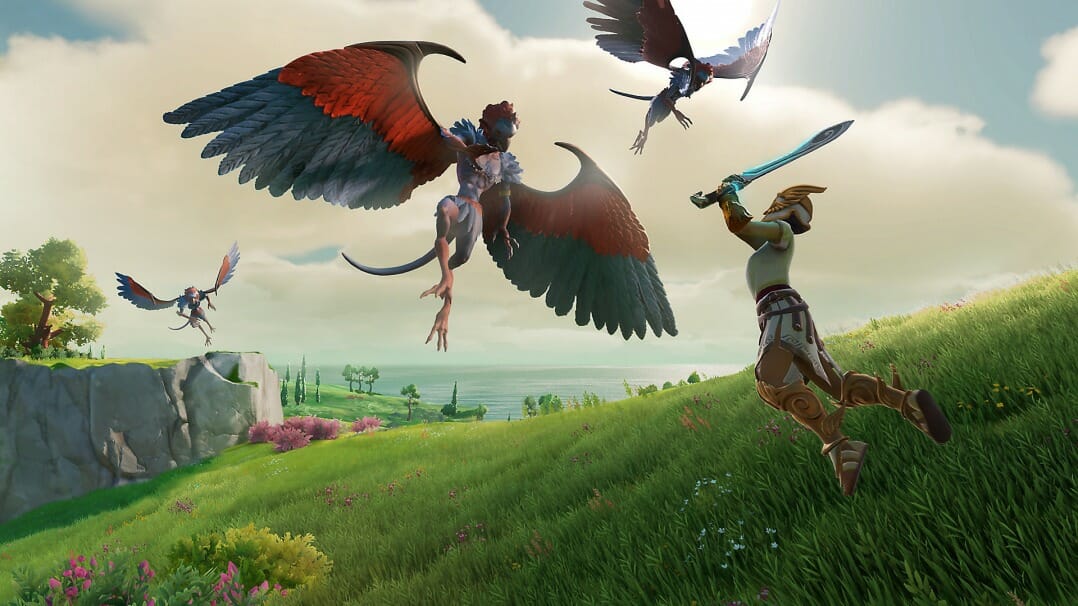 Ever since E3 2019, significant hype has been doing the rounds concerning Ubisoft's Gods and Monsters. Whichever way you turn, considerable praise has been pouring in for the future game, with some likening it in an artistic sense to Breath of the Wild.

High praise, that's for sure. Of course, every future game does in some way, garner hype. After all, the mind, at times, tends to form ideas of grandeur from the relative unknown. Even still, what players experienced during E3 2019 was enough to generate keen interest from onlookers worldwide.

So where do we stand to today, on all things Gods & Monsters? Well, there seems to have been some significant developments. That is if one digests recent news currently circulating the web as fact.

Without further dither or delay, let us dive deep into the heart of the matter, and examine why Ubisoft's Gods and Monsters, has become a talking point for players in recent days.

Has Gods and Monsters Changed its Name? 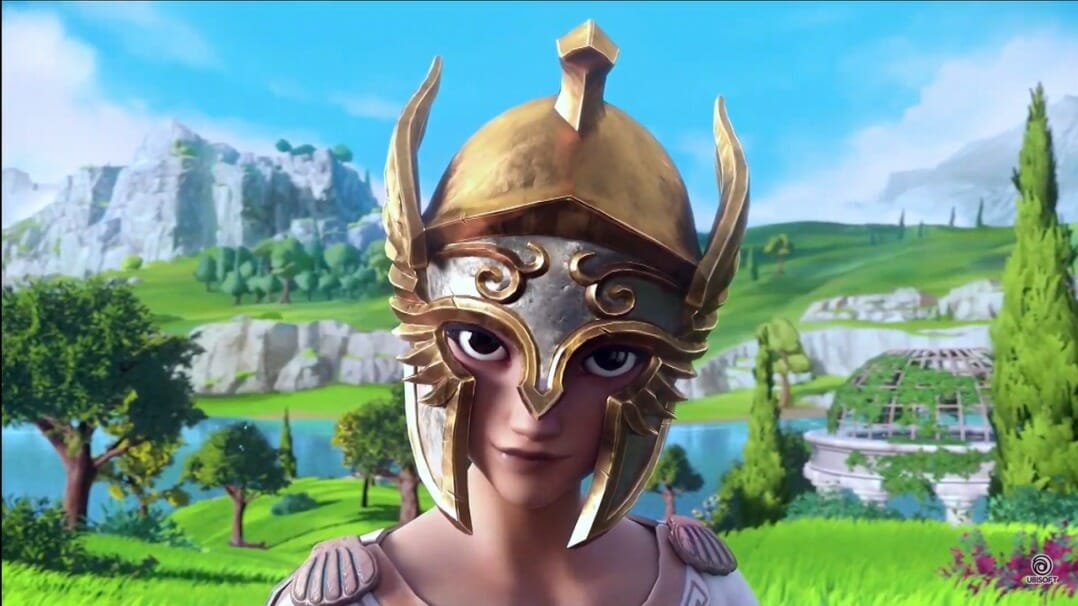 Recently, Gematsu reported that a Ubisoft game, entitled "Immortals: Fenyx Rising" had been rated by Taiwan's Digital Rating Committee for games. You can check that out here

The title said to feature across platforms, including Xbox One, Switch, PS4 and PC, is not one scheduled for release by the studio. Nor has it been mentioned prior as part of any future announcement.

If I were to connect the dots and hazard a guess, I'd say that this likely is the new name for Gods and Monsters when it finally hits stores.

Besides, none of this should serve up too much of a surprise. Back in June, an early-build briefly surfaced on Stadia. Thus, giving players limited-time access. They then pulled off the demo at a later date.

Not long after, Ubisoft Quebec executive Marc-Alexis Cote stated to Eurogamer, that the demo in question was indeed an old build and that the game would release under a new name.

"This footage is from our E3 2019 demo, which was shown to select press last June and is now over one year old. Much has changed since then in terms of features, tone, art and character design, and even the name of the game. We are hard at work and very excited to finally show players what we have created at the end of summer."

If True, Why the Change of Heart?

Where do we begin? Well, from what we know already of Gods and Monsters, you play as protagonist and hero Fenyx. So, the new name, if there is substance to recent reports, like it or loath it, is undoubtedly a fitting one.

Now that Ubisoft has seemingly brandished its new name, perhaps the road to release is imminent. So, when is Gods and Monsters, or Immortals: Fenyx Rising, due to hit stores?

Let's take a look at that aspect in further detail.

When will Gods and Monsters/Immortals: Fenyx Rising Release? 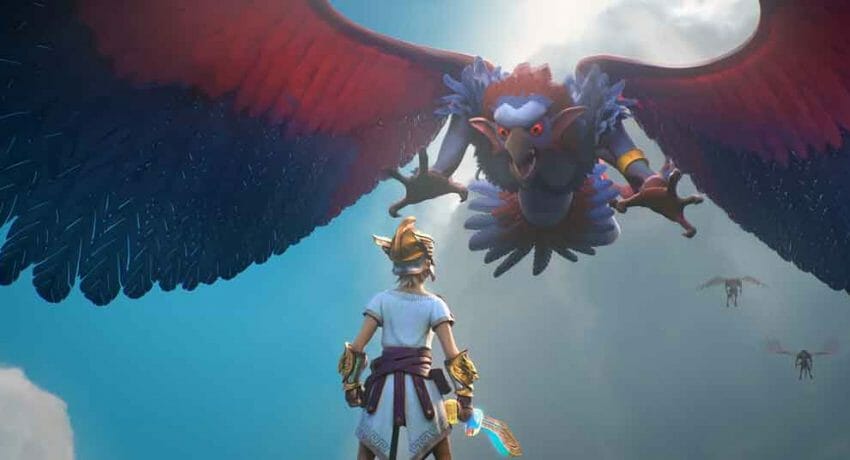 That's a good question. Right now, I am fully expecting a 2020 release. Then again, with this year issuing such a turbulent time for developers, it's difficult to say for sure.

Sticking with the proposed schedule for a sec the likelihood is we'll hear more from Ubisoft on their upcoming "storyboard adventure" in the coming weeks.

For me, it's going to be touch and go, as to whether Gods and Monsters will make it in time. That said, we will no doubt hear more with regards to the game when the company responsible hosts its next "Ubisoft Forward" event.

Inevitably, we can expect to see Gods and Monsters appear somewhere on that bill. Whatever the name may be, Ubisoft's mythically inspired outing has piqued the interest of many gamers across the globe. The title, although always slated to hit shelves later this year, will hopefully see a release window before the season grinds to a halt. When you factor in the uncertainty of our current climate, we don't know.

It's worth reminding ourselves that this is no ordinary year. With the release of next-gen consoles looming large on the horizon, many video game releases threaten to be overshadowed by the future of gaming.

Besides, delays have become part and parcel of the industry at this point. With many developers unable to stick to proposed launches. The Last of Us 2 alongside Ghost of Tsushima both suffered setbacks due to Coronavirus.

What's more, the PS5 and Xbox Series X are due to make their mark on the industry towards the tail end of 2020. Exactly when Gods and Monsters, or Immortals: Fenyx Rising releases, remains to be seen.

Of course, we can't rule out the idea this is an entirely new IP. However, the chances of that are somewhat slim. Mainly, as Ubisoft already made clear its plans to rename the game. But you never know. 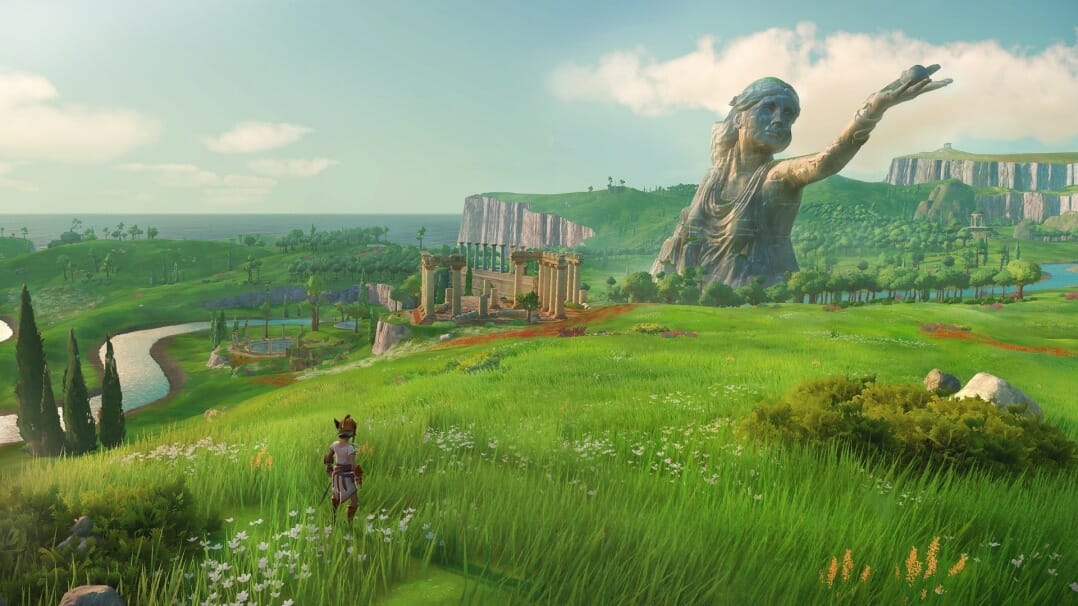 I would call myself one of the many corralled by Ubisoft's Gods and Monsters. Mostly, for reasons revolving around art-design. But also, because of the mythical premise.

The notion of discovering a divinely inspired open-world drenched in technicolour. And one filled with mysterious creatures assigned to folklore, like Gorgons, Hydras, and the Cyclops instantly appealed to me.

On top of that, the game just looked beautiful by design. I know, I'll be dipping into the title come release, but if you still need some convincing here is a statement from the official website.

"From the creators of Assassin’s Creed Odyssey comes a storybook adventure about a forgotten hero on a quest to save the Greek gods. Embark on a journey to the Isle of the Blessed, taken over by dangerous creatures of mythology. Prove your legendary heroism by taking on their leader, Typhon, the deadliest monster in all of mythology in a face-off for the age. Explore a beautiful fantasy world where tricky puzzles, mysterious dungeons and heroic feats await. The journey will be as challenging and rewarding as the final destination. Will you be the hero of the legends foretold?"

What do you think of the supposed name change? Does it fit? Or were you fond of the previous title? Regardless of the name, are you excited for the game? As always, we value your thoughts deeply. So please send them our way through the comments.

Is it Gods & Monsters or Immortals: Fenyx Rising? Either way, I'm buzzing for this one.