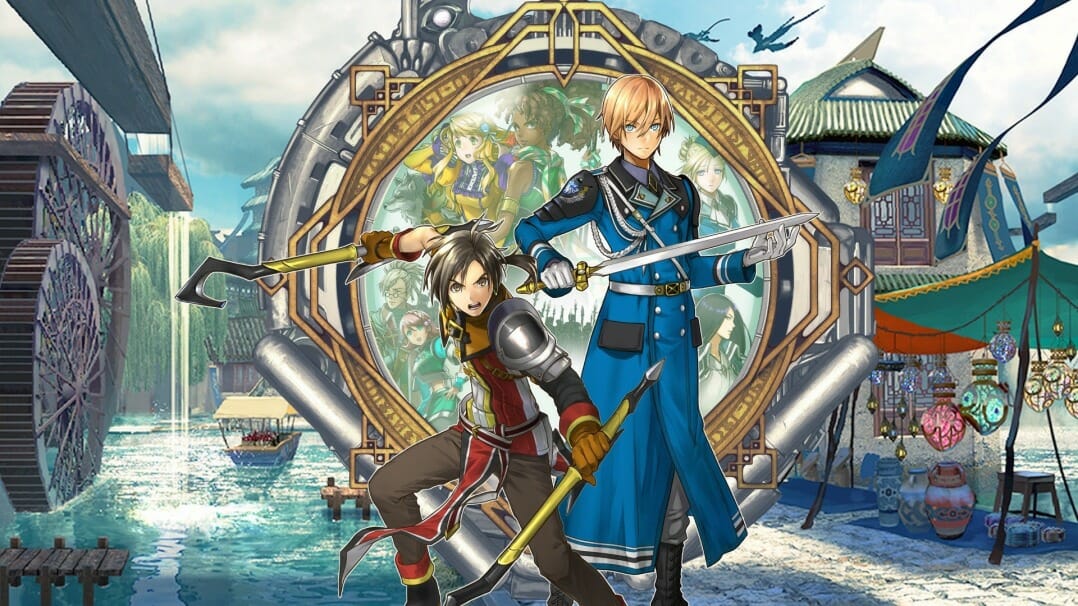 Many of us who swim in RPG circles, will be firmly familiar with Eiyuden Chronicle: Hundred Heroes. The future RPG, stealing so many of the headlines in recent times. Why? I hear you ask. Well, the love story began with a humble Kickstarter, as it so often does.

In my line of work, I often get tasked with targeting triple-A games. As much as I like the big-budget affairs, sometimes it's the indie-underground titles that genuinely bear fruit. Over the years, Kickstarter campaigns have been responsible for some of the most sort-after games.

One doesn't have to delve too far back to recall Shenmue 3, for instance. Then there is the success story of Bloodstained: Ritual of the Night. Even a Dark Souls Boardgame got made off the back of a crowd-funded petition.

Wherever a fanbase exists, there will always be the need for a sequel, prequel, or extension of in-game universes fans know and love.

So, let us not beat around the bush. Without further delay here is everything we know so far about Eiyuden Chronicle.

What is Eiyuden Chronicle? 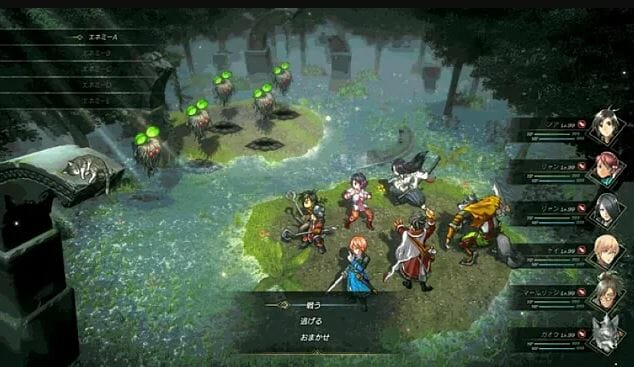 That's a great question. Eiyuden Chronicle: Hundred Heroes is a future RPG and typecast as a spiritual successor to the ever-immortalized Suikoden series. Now that may sound like excessive praise. But do not be fooled, the donations have been pouring in at a tremendously generous rate already.

As things are now, Eiyuden Chronicle has exceeded over $4.5 million. Thus, illustrating that power does indeed lie in the people's hands. That is a lot of monies, by anyone's bank account.

So where does it stand in the pantheon of all-time Kickstarters? Well, high as it so happens. Currently, Eiyuden Chronicle sits in third-place when it comes to the most successful, falling just shy of Bloodstained: Ritual of the Night and of course, Shenmue 3 in top-spot.

In truth, it is worth acknowledging that those were further entries to already existing series. So, the fan foundations were in place from the start. What's immediately impressive about this project, though, is that it represents a game starting from scratch.

Of course, the vast proportion of demand stems from who's steering the ship. And that aspect, we will go into now in further detail. Bloodstained was not a direct sequel. But instead, it shared a connection to the now seemingly defunct Castlevania series.

I am going to plug in a quick pitch myself while I have the chance! We want a new Castlevania game, pronto!

Anyway, moving on, this next part, we shall investigate the reasons why Eiyuden Chronicle has gained such significant levels of hype in such a short space of time.

In a somewhat similar style to the Suikoden series, Eiyuden Chronicle will play host to an extensive roster of characters. But perhaps more importantly, development on the upcoming game is being manned by none other than Yoshitaka Murayama, the original creator of the Suikoden series.

The art style will be reminiscent of classic retro games, with 2D sprites, animating detailed 3D backdrops. For me, it very much harks back to previous Final Fantasy games, where prerendered, lovingly painted artworks set the scene.

What Can We Expect from Eiyuden Chronicle Come Release? 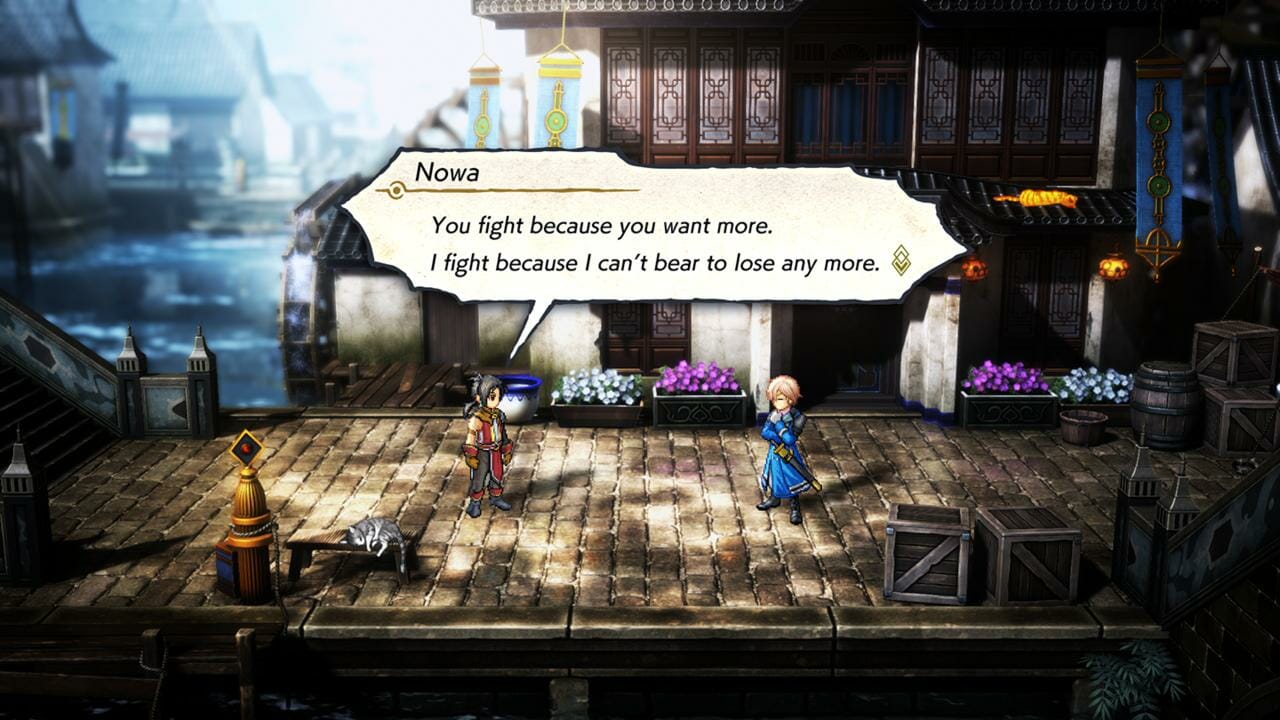 Music plays a large part in any classical JRPG. So, fans will be pleased to see Motoi Sakuraba, who previously worked on Tales Of series, Shining Force 3, and Golden Sun, sworn in as participating composer.

But it doesn't stop there. On top of that, the talented team behind the game hope to include "100 unique characters." So, plenty of choice in that regard.

With most, if not all the desired "stretch goals" being met for the Kickstarter campaign, donors can now look forward to decent DLC content on top. These include but are not limited to different visual assets, other side stories, and even a "backstory novel." Their generosity knows no bounds.

A Word from The Creators

Listed on the Kickstarter campaign page, is a description of the game laid forth by the creators.

Honestly, scanning through some of these snippets, I am taken aback by the level of presentation. Which, in my mind, appears to be immensely high. For instance, The Waterstead of Quinja presents a quaint seaside town, packed with oodles of charm and colour in equal measure. Meanwhile, The Seaside Cavern offers up an altogether gloomier atmospheric tone, making it ripe and ready for exploration.

Now, I am unsure as to whether these images take the form of early concept art. But on the surface, the visuals all-round show plenty of promise.

Fans of traditional turn-based combat synonymous with old-style JRPGS will be pleased to see it make a welcome return here:

"Eiyuden Chronicle employs a traditional turn based RPG battle system where players take command of up to six individual units against either an army, or a single large creature. Choose commands for each of your characters, then watch them carry out your orders in full motion combat." 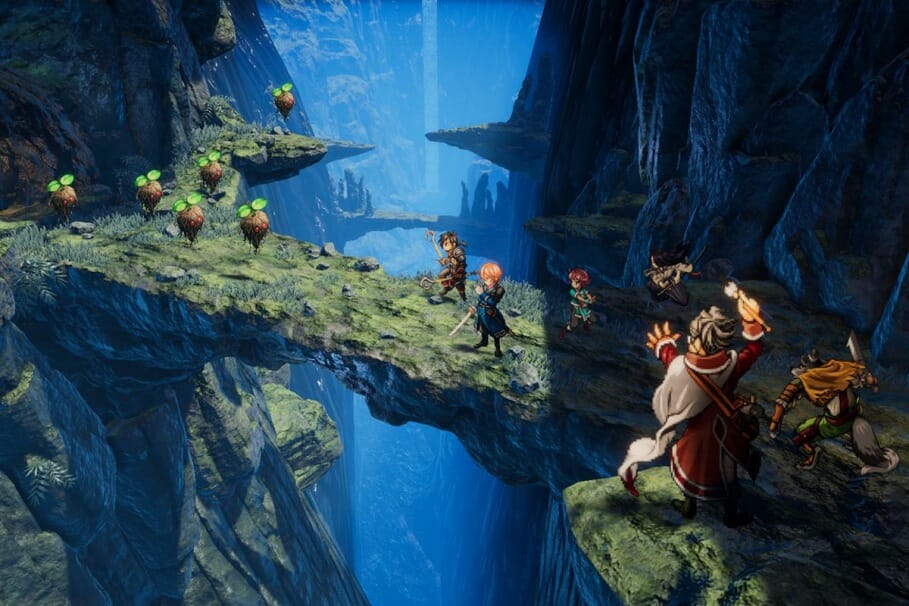 For me, Eiyuden Chronicle stands as a shining example of how to conduct a Kickstarter effectively. Involving its player base via stretch goals is one thing. But the lengths to which its developers have gone, in presenting detailed projections for the game can only be admired.

With so much potential content up for grabs, I am positive players will have a great time with Eiyuden Chronicle, when it releases. It always amazes me, this yearning desire for humble passion projects.

Let us hope we see more like this, in the future. I'm banking on this one being a big success. But we shall see.

What do you think? Are you excited for Eiyuden Chronicle? Perhaps you are a lover of the original Suikoden series? As always, your views mean the world to us. So please send them in through the comments.