Insteon vs x10 Protocol for Home Automation – What’s the Difference? 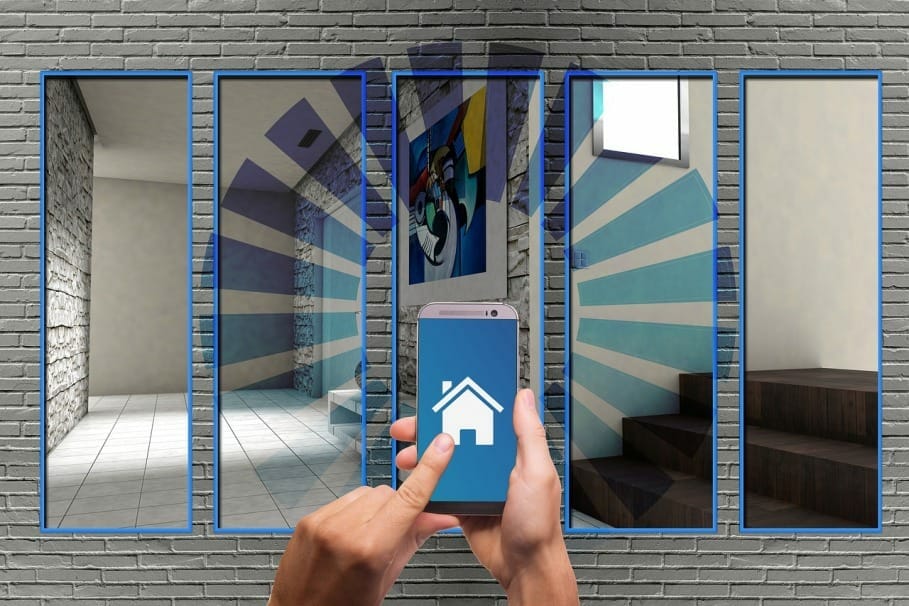 In today's post, we explain the key differences between Insteon vs x10 Protocol to automate your home...

With this new technology however, there’s also this new need to learn the mechanics of turning your home into a “smart”one. Enter the different protocols being used today, the most popular ones being Insteon and x10. But what exactly is a protocol? Protocols are like the headquarters for all your smart home products. It’s the grand central station that connects all these gadgets and appliances into one convenient app that you can install in your phone. From here, you can check all the connected home features from the lights, temperature, locks, to security, and more.

Now, let’s take a good look at these two systems.

What are Differences Between the Two?

The main difference between these two are the networks being used. Insteon uses a combination of wireless and wired setups. The x10 on the other hand is a wired system. If you’ll notice, there’s an overlap between the two – and you’ll find out how this can actually benefit your protocol installation later. 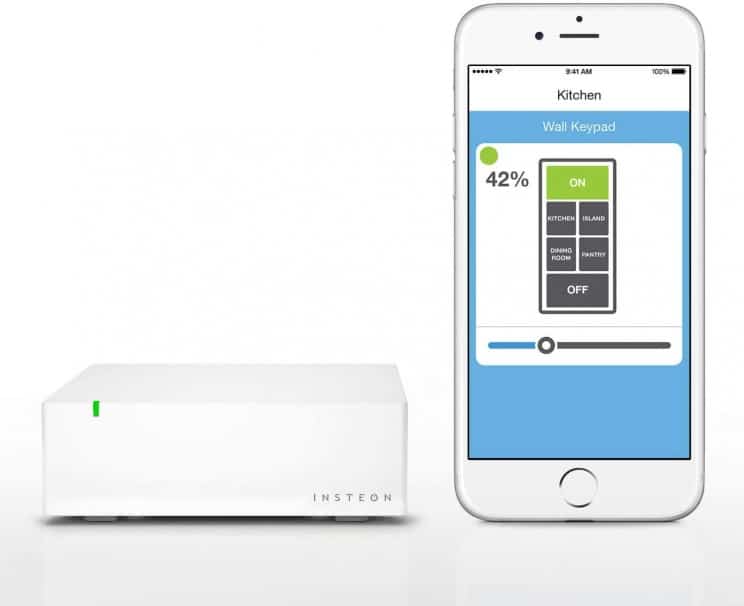 Connected to your SMS and email, Insteon will send a message as soon as certain triggers have been made. Did someone leave the house? Was motion detected in your backyard? The protocol will send a message in real time so you can react immediately as needed.

The brand offers starter kits for those who are completely new to the setup. The typical starter kit would contain not just the hub but also the sensors.

An advantage of this protocol is that it gives you the ability to control devices even when you’re off your local network. Simply put, even if you’re at the office – you can turn on devices or activate switches inside your home. There are other protocols that have this feature, but few can do it as seamlessly as Insteon.

Finally, Insteon actually works well with x10. Some homeowners who already have an x10 installed in their homes can upgrade to Insteon without having to remove the existing setup.

There are few 3rd party devices that can work with Insteon, severely limiting what you can install and control in your home. Typically, the devices that work with this protocol are also created by Insteon, which can be problematic if you’re looking to save on purchases or want specific features from a particular product. Currently, Insteon offers switches, cameras, motion sensors, range extenders, and thermostats. There are other non-Insteon compatible brands, but it might be a bit more difficult for you.

This is not the kind of protocol that’s built for plug and play. Of course, all protocols today requiring a learning curve but the Insteon is a bit steeper than most. If you want to take advantage of all the connectivity features, then it’s crucial to invest some time in learning the system.

The Insteon protocol is controlled primarily through their developed app. Unfortunately, the app itself isn’t as extensive as you’d want. There are few control options – such as the scheduling system which is severely limited to one “on” and “off”. It requires a bit of handling when adding new devices as well. When starting, you’ll find that the Insteon app can be tough to learn and navigate. 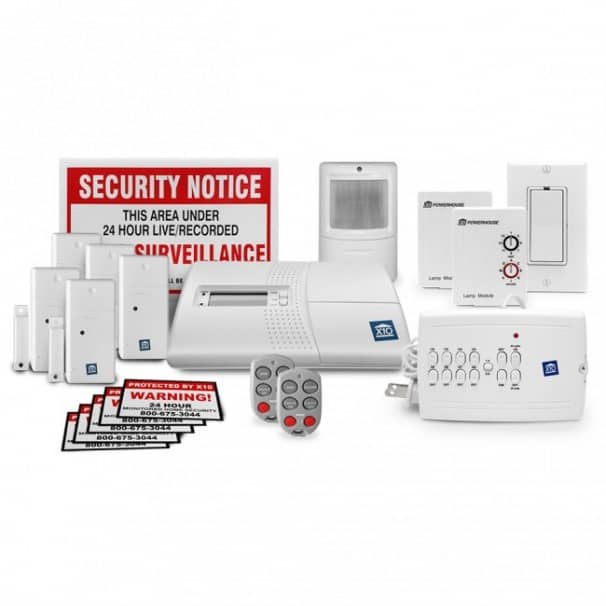 The x10 is open source – which means that there’s room to move around and make changes with your setup. If you want to customize many of the controls, x10 is the best protocol for it. In addition, you can also integrate tons of devices into your smart home. Keep in mind – x10 has been out since the Clapper became possible, which means that it can work with many devices out in the market today – even those that came out years ago.

Meant as a beginner setup, the x10 is significantly less expensive than other systems today.

It’s not plug and play but it’s not difficult either. With quick installation already a common feature in many protocols today, this is something you can expect from the product.

The x10 protocol makes use of radio waves, which means that there will be patches in your signal. One part of the house might have a strong signal while another one is a bit finicky. As the location of the device becomes farther from the hub, the signal strength will be less reliable so that you’ll need to extend the setup just to make sure that all corners are covered.

Even with a good signal, the reliance of x10 on radio signals means the response time would be a little slower compared to the newer protocols today.

Finally, there’s the issue of signal noise which is a problem that doesn’t appear in all other protocols. This noise happens when you’re using a power-heavy product, like your washing machine or your dryer. This can be solved with the addition of a noise filter, but it’s better not to have it in the first place.

The Verdict: Which One is Better? 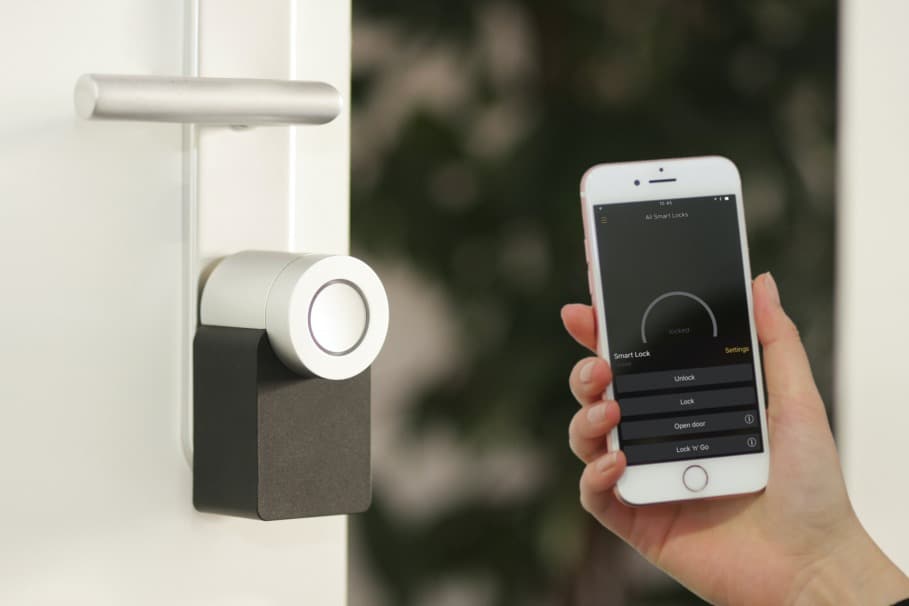 The final choice really depends on what you value most for your home automation. If you have a limited budget, x10 Protocol is the better option. For reliability, Insteon is the better choice – although you might need to spend a bit more on the process. Here’s the thing though – you don’t really have to make a choice because x10 Protocol can be a jump off point for Insteon.

What does this mean? Well, if you already have x10 Protocol, you can also install Insteon and have the two protocols work with each other. This way, you can still utilize the x10 protocol appliances and gadgets you have while adding more to your home.

What Is Twitch Prime And How Do You Get It (Simple Answer!)

Blink XT vs Arlo Pro2 vs Ring Spotlight Cam – Which Cam Should You Buy?