Forget the cinema, you can choose what and when to watch any show or movie you like. You can even forget about those local channels that seem to never have anything good on.

If you still do not have any streaming service at home by this time, then you are definitely missing half of your life!

There are quite a few video/movie streaming services to choose from, but they are not all very good or reliable. Instead, it would be best if you chose something from a reputable provider like Amazon.

They offer both the Fire TV and the Fire TV Stick for nights of staying in and binge-watching. Just make sure you have enough microwave popcorn and a pretty comfortable couch.

These 2 options from Amazon may have similar names, but there are considerable differences between them.

The Fire TV was first to be launched (in 2014) and has spawned different versions including 4K Ultra HD and integration with Alexa. Plus, it boasts more than 500,000 movies and TV shows!

On the other hand, the Fire TV Stick is the smaller and cheaper media player, also launched in 2014. The main difference is in the design.

While the first uses a box, the Stick has, well, a stick that you can plug into the HDMI port. The most recent version is the 2nd gen Fire TV Stick, with the same number of shows and movies as the Fire TV but 30% faster than the earlier model. Both also have Alexa Voice Remote. 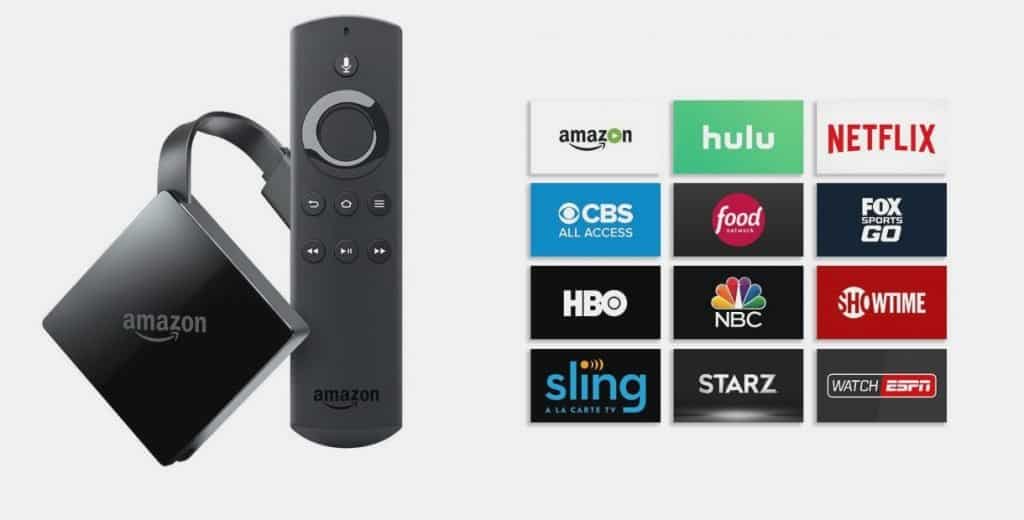 The Differences Between Fire TV and Stick

If you are wondering which of the two to try out at home, then read to find out the main similarities and differences and choose which one fits your needs best.

You would be surprised to find out that such small devices already contain months' worth of movies and shows. The Fire TV is square, about 2.6 inches wide and 2.6 inches long, 0.6 inches high. It comes with an HDMI Male and a micro USB port, as well as an ethernet adapter. The set has a USB cable and power adapter so you can plug it in while using it.

The Fire TV needs to be plugged into the HDMI port and connected to the Internet through Wi-Fi or the ethernet adapter. Lastly, it has an Alexa Voice Remote for hands-free control!

The TV Stick is pretty much the same, except it is smaller like a USB flash drive and much lighter compared to the Fire TV. You can only connect it through the Wi-Fi, but you still need the power adapter for juice. Hands-free control is also a breeze, thanks to the Alexa Voice Remote. But because of its smaller size, it is the better choice for travel.

When it comes to viewing quality, both the Fire TV and TV Stick will give you high definition pictures, but the Fire TV will also work with HDR and 4K Ultra HD. So forget about fuzzy screens and low-quality sound, as you will definitely not be disappointed. This is a step up from watching on your tablet, computer or local channels and feels more like being in the cinema. 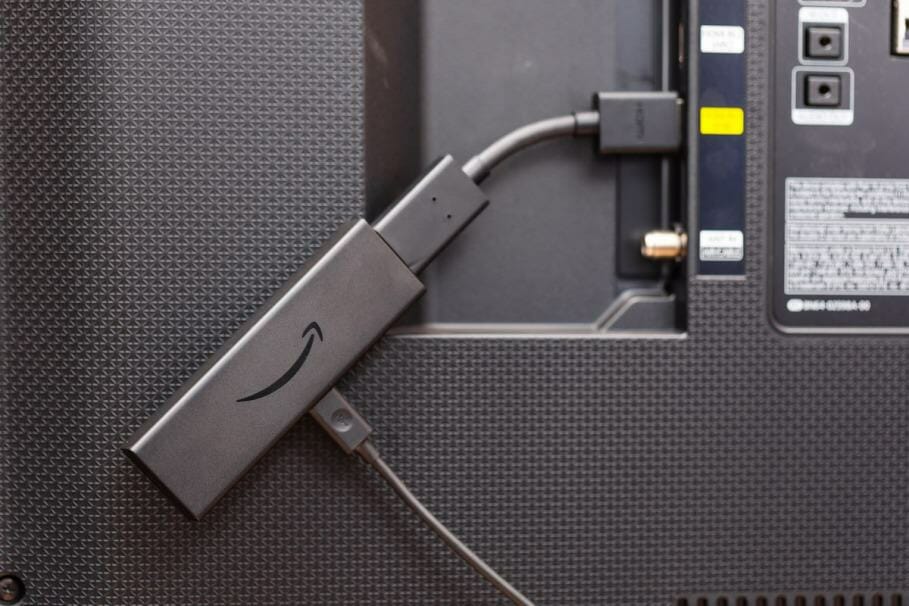 With more than 500,000 films and TV episodes from the most popular providers like Netflix, Hulu, HBO, Prime Video, and much more, you will have the wide range of viewing options you have only ever dreamed of. Now the question is how to choose among half a million shows to watch?

Fire TV provides this, as well as music for streaming (through Spotify, Prime Music, and iHeart Radio). You can also browse your favourite social media sites, including YouTube through the Fire TV, though some of these providers might not be accessed for free.

The Amazon Fire TV Stick has one more edge, as you can also play games with it. In fact, if you have some friends over, you might not need anything else to entertain them or to have a great party.

Lastly, because it is so portable, you can essentially bring these half a million viewing possibilities anywhere you go.

When you have the Fire TV or TV Stick, you can save money by cancelling your usual cable service. After all, you will most likely not even open those channels anymore! Instead, go for an indoor antenna to get access to the local channels, and for movie nights, you can turn to your streaming service.

Both the Fire TV and Stick feature Alexa Voice Remote, which makes it easy to look for content to play. Once you find a movie or show, you can verbally launch and play it, without getting up or pressing tons of buttons.

Beyond ordering your TV to play something specific, you can use both services to do other tasks like dimming the lights, adjusting the temperature, and even ordering dinner. Plus, they can be paired with other Echo devices for hands-free control while binge-watching your favourite shows.

The Fire TV is the pricier of the two, landing at $70. For this price, though, you get 4K Ultra HD and HDR features. There is also the vast amount of content, as well as the other features that make every dollar worth it. Every purchase comes with a one-year limited warranty, but extensions are also easy to buy.

On the other hand, the Fire TV Stick is cheaper, at $40. You will get the same access to content but without the newest features. The warranty that comes with the TV Stick is shorter at 3 months, but an extended warranty can also be purchased. 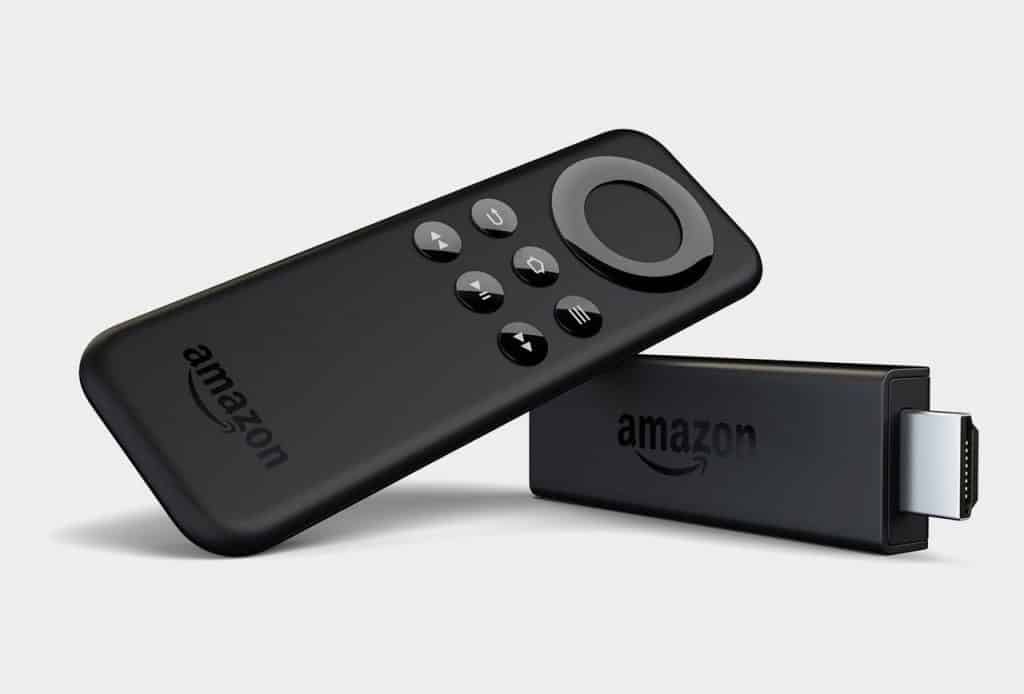 Which Should You Get?

Both the Fire TV and Stick have similar features and highlights, which means choosing between the two can be tough. But you also cannot go wrong unless these factors are important for you.

What Do I Need For a Gaming PC (How Much To Build One?)

Ultimate Review of the Best Reverb Pedal in...

How To Clean Your Headphones? Properly!

Ultimate Review of the Best Smart Luggage in...

Best Games To Keep Your Mind Sharp While...

Ultimate Review of the Best Note-Taking Tablet in...

How To Choose The Loudest Headphones? How Loud...

How to Connect Soundbar to Sky Q Box...