Wireless B vs G vs N vs AC – What Is The Difference?

On a search to buy a new wireless router? If you are, then you’ve heard of the Wireless B, G, N, or AC models. If you have no idea what these are, then you’ve come to the right place. Routers are semi-complex tools you use for the internet, which is why people shy away from understanding what it is.

However, as you will soon realise, you need to understand these models so you can buy the router that best works for you.

Why Are There Different Types of Routers?

So why are there wireless B, G, N, and AC in the first place? Before understanding what they are, here’s a quick and easy intro to routers.

A router is a device that receives data from a computer and routes it to another computer (hence, the name ‘router’). A wireless router is one type of router that is able to transmit data packets in short distances. This is also why the WiFi signal gets low the farther you are from the wireless router and need special devices to extend the signal range.

Wireless routers follow a standard of 802.11. This is the standard technology defined by the Institute of Electrical and Electronics Engineers (IEEE). It was released in 1997 and ever since, that became the baseline for the different kinds of wireless routers.

Wireless B vs G vs N vs AC : A Comparison

You might be wondering, why didn’t the IEEE just follow the alphabet in naming wireless routers? Where’s Wireless A? Well, the IEEE did follow the alphabet. In fact, Wireless A was actually released just before Wireless B. However, the former was designed for businesses, and it was much more expensive. In effect, it wasn’t so relevant to consumers back then.

The first commercial kind of wireless router is Wireless B. Wireless B was released back in 1999 with an internet speed of 11 Mbps. If you think about it, this is pretty low, but it’s not that low to make it useless. The distance from the router that it can support is up to 150 feet. Again, it’s not so bad.

However, the downside with Wireless B is that its frequency is 2.4GHz which is just about the same frequency as with your home appliances (e.g. microwave). In effect, if your microwave is on and the router is also on, then you can expect to have interference with the signal. The best way to avoid it, however, is to just move your router away from the microwave.

Since Wireless B was released two decades ago, it’s no longer manufactured in the market today. So if you’re worried that you’ll get confused with the 4 wireless router kinds, you have one less router to worry about.

The second wireless router released was Wireless G. It’s the same with Wireless B in terms of frequency (2.4GHz). However, it’s much faster because the internet speed can go up to 54 Mbps. You can also have a stronger WiFi signal even when you’re at a distance of 125 feet.

Wireless G was released publicly in 2003, not far away from 1999. Hence, Wireless G is more of an “enhancement” of the previous wireless router. The only feature they didn’t change was the frequency, so you have to place it far from your microwave again!

Wireless G routers are still available in the market today; however, it may not be ideal if there are a lot of internet users at your house. Nonetheless, this wireless router is not at all useless. In fact, it’s ideal if you only have 1-3 computers and you’ll use them mostly on emails or reading content online. However, if you plan on watching Netflix and YouTube a lot, then you might want to buy a Wireless N instead. 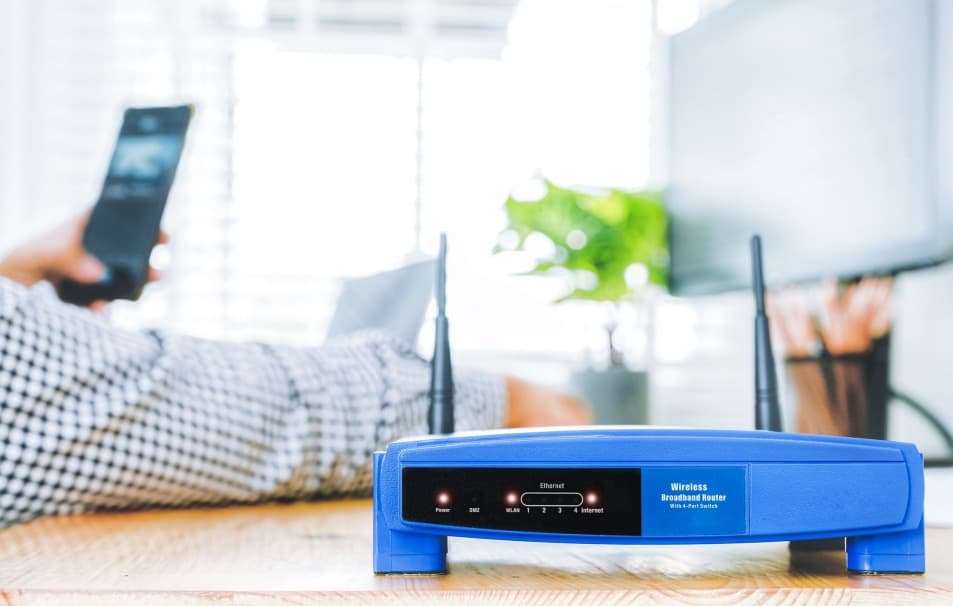 Now for Wireless N. Wireless N is a much faster router than its two predecessors. In fact, its internet speed can reach up to 450 Mbps if it has 3 antennas. If it only has 2 antennas, then it reaches 300 Mbps. You will notice that Wireless N was manufactured to have 2-3 antennas, a quite different design from the Wireless G routers.

When it comes to frequency, the Wireless N operates at both 2.4 GHz and 5 GHz. It’s even called the MIMO (multiple in, multiple out) because of this capability. You can expect less interference with your appliances, so you don’t have to move the router away. Nonetheless, the Wireless N router has the farthest indoor range up to 230 feet.

The Wireless N router is best for homes with a lot of computers or devices that often use high-bandwidth sites. This means that if your family is a heavy user of Netflix, YouTube, or both, then it’s best to get this wireless router. And if you have PS4 or Xbox One, having this router placed strategically within your home in an ideal place will definitely give you a better playing experience.

Finally, you have Wireless AC which was released just 7 years ago. It has the highest internet speed, which is up to 1 Gbps. It can also be called “Gigabit WiFi” because of internet speed. However, the indoor range is just 115 feet, similar to Wireless B.

The Wireless AC only has a frequency of 5 GHz, so you definitely will have no interference with any appliance. It’s the latest wireless router, and it’s definitely the one with the best specs.

Obviously, Wireless AC is always going to be better, but it’s only ideal if you have a huge house that is in a populated area. Having this router will already save you from a lot of interference from other households. Like the Wireless N, the Wireless AC is best for homes with high-bandwidth usage and a number of computers. It also allows same-time usage for consoles and streaming with minimal interruption. Combine it with latest available mesh routers' signal distribution power and you will never have dead spots in your home again.

And there you have it! In the end, you’re only going to be choosing between Wireless G, N, and AC since Wireless B is already phased out.