​Have you ever been a victim of monitor ghosting? Ghosting in display or computer-speak is a different phenomenon far more akin to what ghosts are like in real life. If you’ve noticed blurs when playing fast-paced games, that’s ghosting, and it’s something you need to fix with response time overdrive. 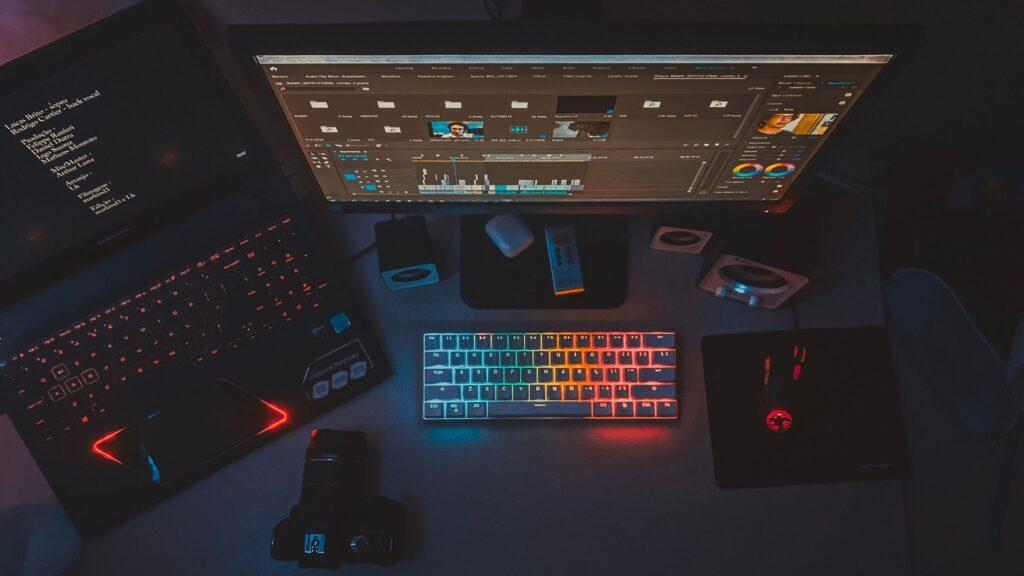 Overdrive in displays, particularly in monitors, ensures the monitor’s reaction time and speed by increasing the refresh rate. It is primarily a gaming function or a setting that helps the user to adapt and attain anticipated smooth-flowing images.

Overdrive on a display increases and improves your monitor’s already-existing refresh rate processing speed. As you may be aware, reaction time allows pixels to move uniformly and in rhythm with the overdrive without lag or delay.

What is overdrive, and how should I use it?

There are specific displays with sluggish response time. How about the response time? As you may already know, sluggish reaction time is the primary cause of ghosting on screens. The time it takes for a pixel to change color, especially to different shades of gray, is called response time. The faster it changes pixel colors, the smaller the reaction time. Our screen may also have a rapid reaction time, but not fast enough to eradicate ghosting on your screen. That’s when you go into overdrive if you want to improve your response speed.

Based on the manufacturer, overdrive is referred to by a different term. It’s also known as Response Overdrive, Response Time Compensation, OD, and other terms. Overdrive is designed to improve the reaction time of your display by a few milliseconds.

Each monitor maker has its method of developing the internal settings. In practice, the overdrive settings vary depending on the type of gaming monitor. However, you should preferably access the monitor’s overdrive settings by entering the On-Screen Display (OSD) menu, which has the overdrive option. Finally, the menu may be under the following headings: OD, Rampage Response, Response Time, or TraceFree.

Related: Why Does My Monitor Keep Going Black? 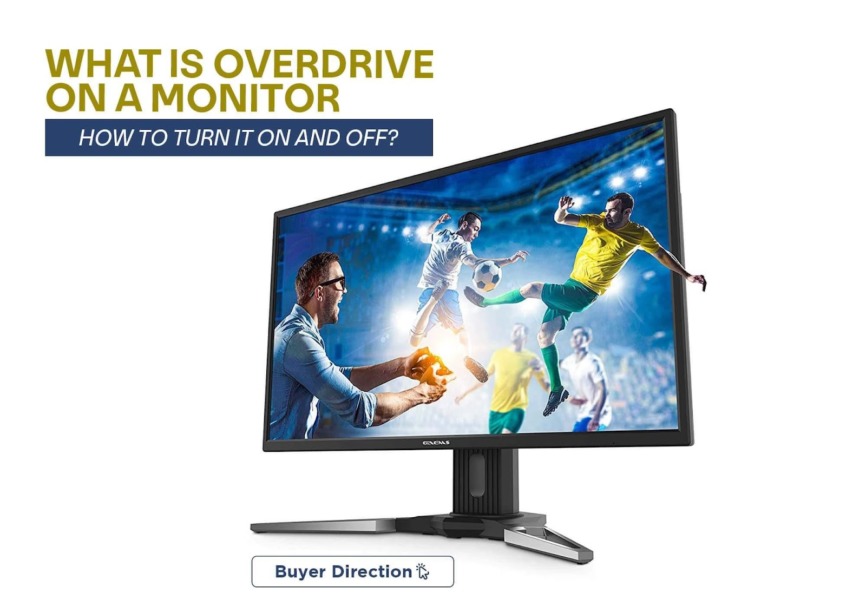 Does overdrive damage your monitor?

Is it possible to reduce the life or damage the monitor by turning the Overdrive option to Strong? No, but you’ll almost certainly wind up with an obnoxious inverted shadow. The optimal setting is probably somewhere toward the middle of the overdrive range.

Monitor overdrive is a built-in feature. Though it forces a monitor to perform better, it does not harm the panel similarly. A monitor with an overdrive function built to handle higher voltage and enhance reaction rate does.

Does overdrive cause input lag?

In terms of a smooth display look, reaction time, refresh rate, and overdrive are all connected, as you may know. The next issue you may have regarding overdrive and reaction time is if turning on the overdrive on your display would cause input latency.

However, this is only a worry; if the overdrive option is used, there will be no input latency. In addition, you may see a ghosting effect if you utilize the low overdrive levels.

Overdrive can decrease input latency by shortening the time it takes for a new picture to show on the screen.

Should I turn off the monitor overdrive?

As you may be aware, too much overdrive can induce inverse ghosting and increase pixel overshooting. As a result, it is recommended that you only utilize the overdrive in display monitors if you notice extreme smearing when playing fast-paced games. That being said, if you play high-end competitive games, the faster refresh rate overdrive becomes the critical setting to enable you to maintain a fluid gaming experience. 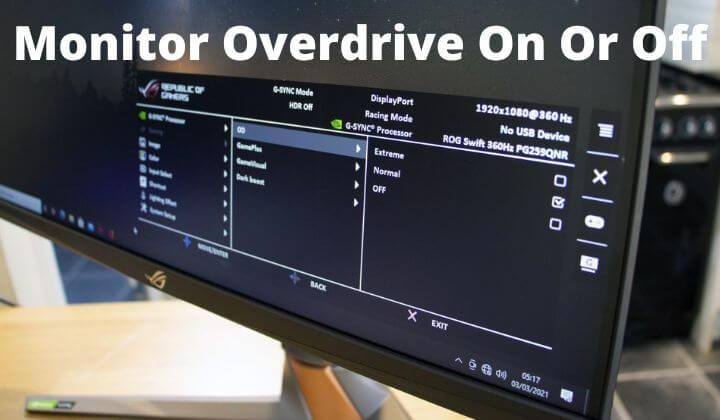 Should I use an overdrive on my monitor?

That all depends on the quality, it gives to each given monitor. While uncommon, specific overdrive settings begin so harshly that overshoot is visible even in its basic form.

However, visual artifacts become less noticeable as the technology underpinning overdrive advances. We strongly advocate using the overdrive option on these displays. It will improve your visual experience and give you a competitive advantage while playing esports titles, where every millisecond matters.

Is overdrive good for gaming?

Variable overdrive is available on gaming monitors with an inbuilt G-SYNC module, allowing them to adjust the degree of overdrive based on the refresh rate for the best performance at any frame/refresh rate.

Overdrive is critical in today’s technology since it reduces response time. Some of the benefits of employing overdrive are described below. It removes screen ghosting, trailing, and blurring. It shortens reaction time. Because of the rapid response rate, it aids in the portrayal of realistic visuals.

Do all monitors have overdrive?

Unfortunately, not all displays have overdrive options. Thus, you can’t modify it for reduced ghosting if your monitor doesn’t have it. You’ll see a few overdrive levels when you access the overdrive menu. Most of the time, they are referred to as slow, normal, fast, and faster, while numbers denote some.

Is monitor overdrive normal or extreme?

Overdrive might cause inverse ghosting or pixel overshoot if used excessively, so avoid it unless you’re experiencing extreme smearing in fast-paced games. Overdrive is required for the best gaming experience on higher refresh rate screens. We recommend utilizing BlurBusters’ UFO ghosting test to determine the appropriate overdrive level for your monitor’s refresh rate. 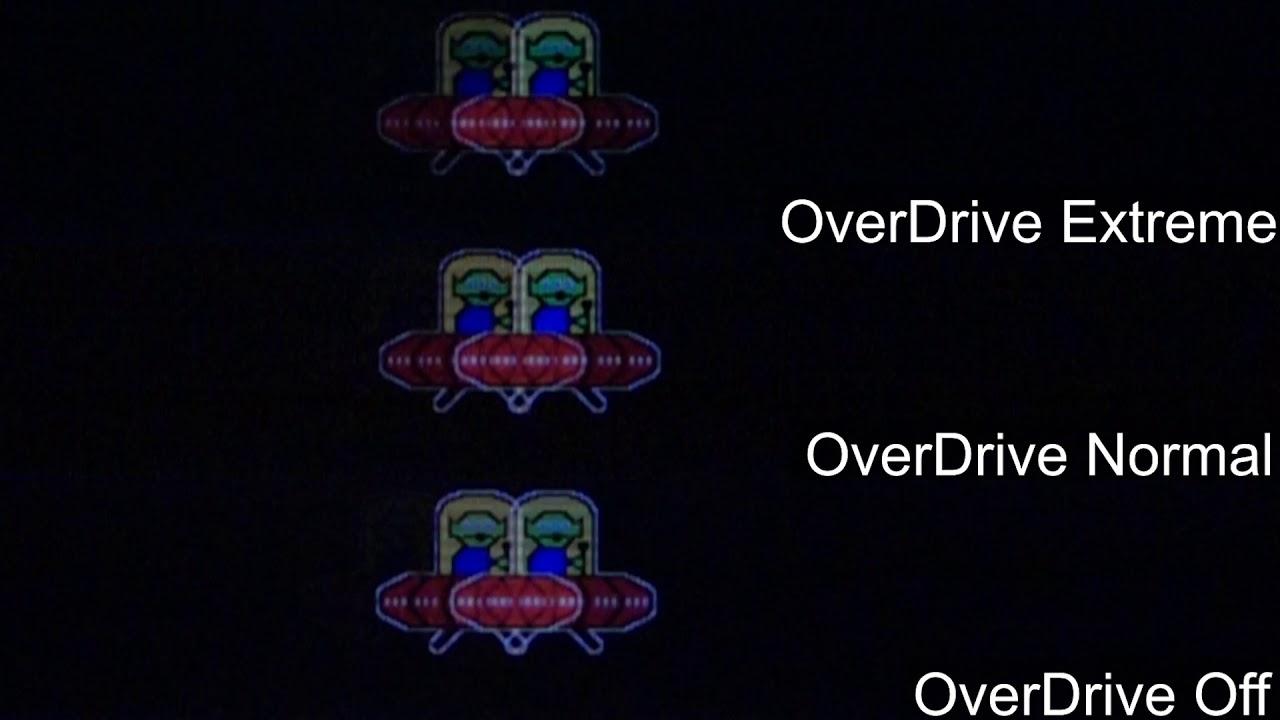 A solid overdrive implementation is essential in a gaming display.

All display monitors have features and functionalities, especially the more current models with their numerous smart choices and settings. And if you can comprehend them, you will undoubtedly make using the display monitor more valuable and beneficial.

To conclude, the overdrive improves response speed, eliminating ghosting and trailing on the screen. With a quick motion and moving objects, this function makes the display even smoother and more pleasing to the eye. However, be sure that the limit does not harm any hardware in the process.

Overdrive has become a crucial function for your systems as new technologies have evolved. Previously, using overdrive might result in inverted ghosting or overshoot. Overdrive, however, seldom creates such problems nowadays, thanks to technological advances. As a result, you should activate the overdrive feature.

OLED Screen Burn-In – What You Need To Know!