What is ghosting on a monitor? 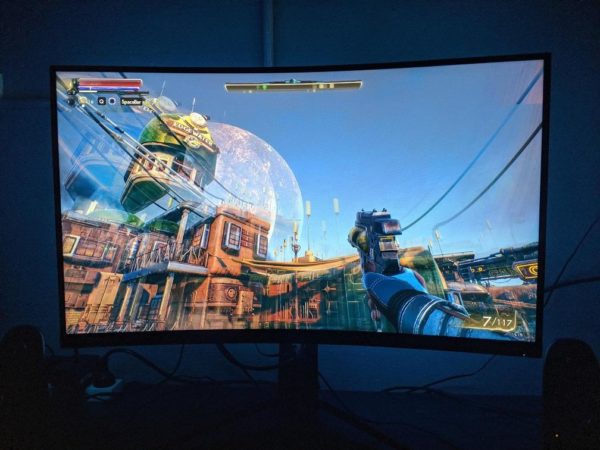 What is Monitor Ghosting? Monitor Ghosting is a frequent issue that can happen on any display. If you’re playing an action game, you’ve almost certainly run into this issue, which can destroy your gaming experience.

Fortunately, unlike similar phenomena like picture persistence or burn-in, ghosting does not cause lasting alterations to the screen. On the other hand, ghosting is only noticeable in fast-moving circumstances involving moving objects, such as a fuzzy trail, and has no permanent effect on the image. How do I know if my monitor is ghosting?

Monitor ghosting can be noticed when an image artifact appears as a trail of pixels or as ghosts behind fast-moving objects. They also follow slower-moving objects, although their presence is less visible. When playing a first-person shooter game or a fast-paced sports game, it is pretty easy to see visual ghosting.

One will notice the hazy trail without causing lasting harm to the screen or the picture. Nevertheless, visual ghosting may worsen with age, giving the impression that it has caused irreversible harm.

Can Screen Ghosting be Fixed?

Yes, it is possible to fix monitor ghosting. In this article, I’ll go over how you can correct screen ghosting and finally enjoy your gaming time to its fullest! However, before going into detail with those fixes, let’s look at the possible causes.

The poor reaction time of some types of LCDs mainly causes ghosting. When the image is refreshed, the physical pixels cannot update as quickly as the image, resulting in a smeared image effect on the display.

Some inexpensive IPS monitors may also exhibit ghosting and artifacts, but this is less common. Users should be aware of ghosting as an unavoidable aspect of using an LCD panel. It is a problem that cannot be entirely eradicated. Most manufacturers have tried to decrease ghosting, although they haven’t always been successful. It is because the monitor panel doesn’t always generate display ghosting. Many things can contribute to this, including a defective monitor cable or other devices that interfere with the display if they are put close enough to it.

Monitor ghosting occurs when you view what was previously displayed on your screen. It’s not like burn-in when the graphics become permanent. However, ghosting can produce latency, in which scenes move excessively slowly or become indistinct. This may affect how games play or make people feel ill. It’s similar to the motion blur effect used in certain games to indicate that someone is moving quickly.

You may notice ghosting on your display when gaming, video editing, or doing anything else. It’s a vexing issue that will keep you from enjoying your games and other tasks on your display. Ghosting on LCD monitors is most evident while gaming, where it can cause motion blur. The problem is caused by the pixels’ sluggish reaction time, which prevents the image from fading away smoothly. Consequently, while most people recognize ghosting when they see it, they have a more difficult time defining it.

For a better understanding of the problem in a visual fashion, you can have a look at the video here below:

How to test Ghosting on Monitor?

When you’re not using your monitor mainly for gaming, determining whether you have a ghosting problem will be more complicated than for users who routinely game or engage in high-image movement activities on the display. To do a ghosting monitor test, go here.

How to fix Monitor Ghosting?

There are a few solutions to repair monitor ghosting, most of which involve adjusting particular display settings. The most typical solution is to use the overdrive feature. Below, we will go over the numerous methods for resolving monitor ghosting. You should also ensure the reaction time isn’t much longer than 10ms. The sweet spot for gaming display reaction time is 5ms and below. In today’s ever-improving gaming PCs and consoles, having anything much higher might produce ghosting on a display.

How to fix Monitor Ghosting on Acer Monitor?

Second, make changes to your monitor’s settings. Because monitor ghosting is not always caused by a physical issue with your device, tweaking these settings may help.

Finally, if the ghosting is not the monitor settings, a connected device, a defective connection, or an outdated graphics card driver, the problem is most likely physical. In this instance, your monitor’s video port is the first place to look.

How to fix Ghosting on Laptop?

Firstly, update or replace your laptop drivers; sometimes, this will solve the problem or cause it to cease. Be careful that even if this works, the problem may reoccur and worsen, and this technique may no longer be effective.

If the problem cannot be resolved with a software or driver update, the problem is most likely hardware-related, and you’ll have to upgrade your laptop monitor.

The great news is that monitor ghosting will not permanently alter your display, even though it will ruin your gaming or movie experience. Most individuals have learned to live with some monitor ghosting and difficulties, even if they don’t particularly enjoy it.

Perhaps, this has provided you with a better understanding of monitor ghosting and the measures you may take to remedy it. The fact is that ghosting is simply an irritating side effect that we commonly see with lower-cost displays.

Real Debrid with Firestick — How to Purchase & Use It?