What Is a Good Latency for Gaming?

Latency is the gaming speed. It’s the secret behind enjoying your game, especially battle royale games.

Many gamers will be okay with ping rates (another name for latency) between 20ms and 100ms.

In case you’re wondering what, in the world, latency is, lemme help you. Let’s start by defining gaming latency.

Related: Input Lag vs. Response Time – Which Should I Prioritise For Gaming?

What’s Gaming Latency, and Is It Worth Considering in Gaming?

Ping is another name for latency. It’s time it takes your console, gaming PC, or phone (whichever gaming device you use) to transmit & receive data from your gaming device to the game servers and back. The measurement of latency is in milliseconds (ms).

So, for instance, suppose your gaming ping is 600ms. That means it takes 600 milliseconds between pressing the gaming device’s button and the transmission & reception of the game info from the device to the server and back. So it simply means it takes 600ms between intake and motion.

If you love a First-Person Shooter like me, especially Battle Royale plays, you’ll agree with me that a lag means your teammates will go ahead without you. You might join the game, like in Call Of Duty, but some don’t allow that.

Plus, fellow characters will start glitching, and some will leave the loom entirely. That delay is what we are calling latency which is a technical name for game lag. So it’s worth considering latency as a gamer.

Good and bad latency depends on what kind of player you are. Gaming gurus like it below 20ms. Average and near experts have no problem with a ping of up to 60ms. Some are okay with up to 100ms.

However, all players agree that up to 100ms gaming speed is OK. Between 100 and 150ms has a moderate lag, which is workable but not enjoyable. Beyond that, everyone will feel the slowness while gaming (lag) which ruins your experience.

On the other hand, very low latency is both perfect and dangerous because it could, in the worst case, cause servers to short-circuit. After a short circuit on the server’s side, you’ll have lag.

Gaming Ping Test What It Is and How to Perform It

A ping test is done online using an online tool. It’s an online measure of your internet speed. Some tests show the speed of upload, download, and ping. That means it measures all the factors that affect your latency speed.

How to Carry Out a Gaming Ping Test

To carry out a latency test, do the following. 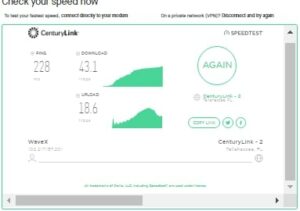 So Why is My Latency So High?

Your latency may be very high because of the following four main reasons. There are other reasons why latency may get high.

3. The gaming equipment you’re using. Outdated routers have weak connections, especially if multiple people connect to the router simultaneously. Consider having a new or personal router to reduce the latency to an ideal gaming latency.

How Do I Lower My Gaming Latency in My Xbox and PC?

Carry out a gaming latency test before you decide to replace any of your accessories. Consider running the test often to optimize your gaming experience. Also, it helps determine if the other solutions will help to improve the speed.

Consider changing the connection mode from direct wifi to using an Ethernet cable. A direct connection is convenient for gaming but significantly raises your latency speed.

How? Your router prioritizes sending your system gaming data through the Quality-of-quality feature. And, there’s no way of dictating gaming importance over such a connection which causes a go-slow in data transmission, causing high latency. So connecting to the internet via ethernet cable is the only way to prioritize gaming information, reducing gaming latency.

Moreover, Wi-Fi has many factors that affect latency, usually called jitter. So the trick is ensuring that your internet cable is well connected.

If you’re using your phone or computer as your primary gaming system, clear your ram by pressing the rightmost button on the base of your android smartphone and clearing ram.

If you’re using your laptop, close the other programs. If these two steps are complicated, consider buying a gaming laptop or console.

Consider the following. If you’re streaming soft music on an excellent ambiance or fun while playing, that uses five megabits a second (5mbs). At the same time, gaming requires an equal amount of data. You’ll have high latency if you’re running several apps like Spotify and others. So close those apps or other devices that aren’t necessary while gaming.

If you’ve connected many devices like smart TVs, Chromecast, Smartwatches, Cell phones, Gaming headsets, and computers, you’ll most likely experience ping issues because they take up lots of bandwidth.

Games like Call of Duty require constant updates. Thankfully, it doesn’t update while in actual gameplay. But you will have updates for other apps. And it’s so easy to say let me update as I play. But that will significantly reduce your gaming latency.

What Is a Good Latency for Gaming FAQs

Is 25MS Latency Good for Gaming?

Is 20 MS Latency Good for Gaming?

Yes, a 20ms latency is ideal for gaming, especially if you are an expert player. It goes without saying. If you get a latency beyond 60ms, you’ll feel. But latencies that go below 20 are perfect.

What Is Good Latency for Gaming Xbox One?

The ideal ping for gamins Xbox One is below 150ms. That should be okay for any remote play. If you have a ping below 60ms is the best.

The gaming industry has thrived in the isolative world we live in today. Almost every household has video game accessories. And what better way for gaming professionals, developers, and software engineers to make a living and for kids and adults alike to interact? Enjoy these insights into your gaming experience. Enjoy your virtual happy hour.

Why Is My Phone Battery Dying So Fast All of a Sudden?

Who is the best assistant Siri or Alexa in 2022?