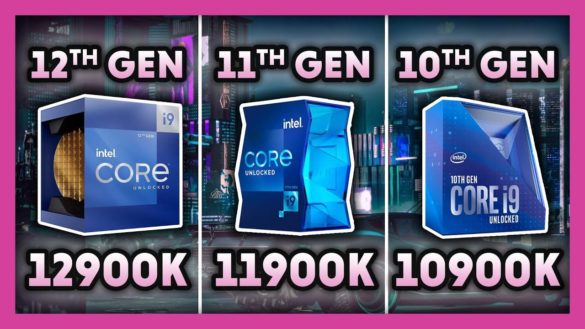 It’s safe to say that Intel has been on a roll lately. The company has been pumping out some seriously impressive processors, and the latest 10th-generation and 11th-generation CPUs are no exception. So, what’s the difference between these two generations of processors? And which one should you choose for your next PC build?

To arrive at an acceptable conclusion on which of these two processors you should choose, let’s mention the main features that define them.

By differentiating the strengths of the two processors based on the above features, you can clearly understand which one best suits your interests.

Is Intel 11TH Gen Worth It?

The simple answer is that 11th gen Intel CPUs are worth the upgrade. The improvements they offer are significant, and if you’re looking to get the most out of your PC, they’re definitely worth the investment.

It’s safe to say that Intel’s 11th Generation processors are a significant upgrade from their 10th Generation predecessors. But to what extent is the upgrade?

Well, let’s see where the numbers point. Intel’s 11th Generation processors boast up to 19% better CPU performance and 28% better-integrated graphics performance than their 10th Generation counterparts. They also consume up to 20% less power, which is a big deal, especially for gaming laptops.

But it’s not just about the numbers. Intel’s 11th Generation processors also support new features and technologies that their 10th Generation predecessors don’t. These include Thunderbolt 4, Wi-Fi 6E, and PCIe 4.0 support.

Related: Which Is Better, AMD Or Intel For Gaming?

It’s no secret that Intel’s 11th Gen processors are some of the most powerful on the market.

But what about the Core i5? Is it any better than the 10th Gen?

The simple answer is yes; the 11th Gen Core i5 is indeed better than the 10th Gen. Here’s a look at some key ways it outperforms its predecessor.

The considerable debate in laptops right now is Intel 10th gen vs 11th gen i7. Many people wonder which one is better and which one they should buy. Here is a breakdown of the two options to help you decide.

There’s no doubt that when it comes to laptops, Intel is the go-to brand. But what happens when you’re trying to decide between two different generations of Intel processors? Let’s look at the 10th gen Intel processors and compare them to the 11th gen to see which is the better choice for your laptop.

Regarding raw processing power, the 11th gen Intel processors have the advantage. They’re based on the new Willow Cove microarchitecture and offer a significant performance boost over the 10th gen processors. If you need a laptop that can handle demanding tasks like video editing or 3D rendering, then the 11th gen is the way to go.

However, the 10th gen processors still have their advantages. One of the biggest is that they’re much more power efficient, meaning that your laptop can run for longer on a single charge. They’re also typically cheaper than their 11th gen counterparts, so if you’re on a budget, they’re worth considering.

So which one should you choose? If you want a more promising performance, go for an 11th gen processor, but if you’re looking to save some money or need longer battery life, then the 10th gen is still a great option.

Let’s compare Intel’s 10th, 11th, and 12th generations of processors and see how they stack up against each other.

Intel’s 10th generation processors can be power efficient and cheaper than newer generations.

Intel’s 12th-generation processors are the company’s newest and most advanced. They offer the best performance of any Intel processor currently on the market. They’re also the most power efficient, generating less heat and using less electricity.

The Intel Core I3 is a line of mid-range processors from Intel. These processors offer good performance and power efficiency at a lower price point than the high-end Intel Core I5 and I7 processors. The Core I3 line is a good choice for budget-conscious gamers and general users who want a fast processor without spending much money.

The Core I3 line includes several different models, each with slightly different specifications.

The Core I3 line is based on the Haswell microarchitecture. These processors use the LGA 1150 socket and are compatible with DDR3-1600 memory. They support Intel’s Turbo Boost technology. This technology automatically lets the processor increase its clock speed when more performance is needed.

The Core I3 line offers good performance and power efficiency.