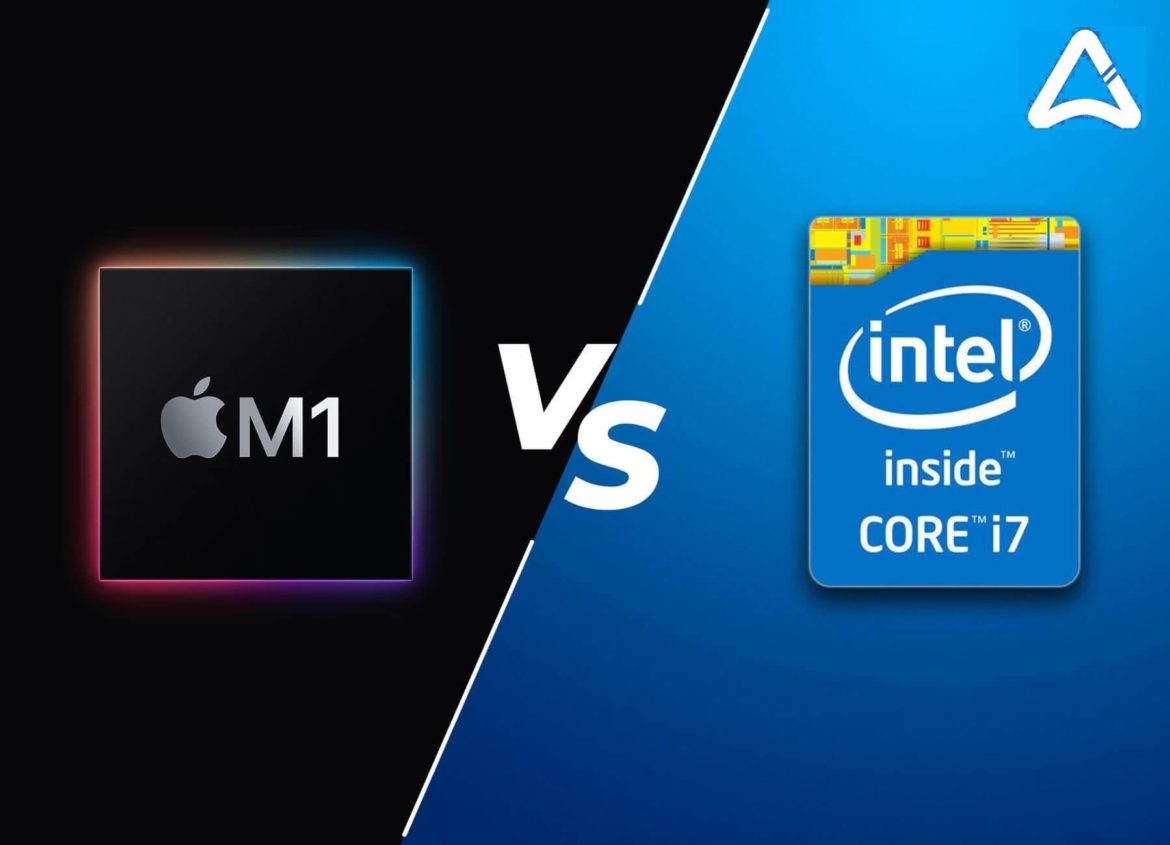 Regarding processors, there are two clear leaders in the market: Apple and Intel. Both companies have been locked in a fierce battle for supremacy, with each release of a new processor bringing new features and capabilities.

The most recent release from Apple is the M1 chip, which is used in the Mac mini, 13-inch MacBook Pro, and MacBook Air. The M1 is a significant departure from previous Apple processors, as it adopts the Arm architecture instead of the x86 architecture that Intel uses.

This change has led to significant performance gains for Apple, as the M1 is significantly faster than any Intel processor in several key benchmarks. However, to help you get a clear understanding of how the Apple M1 Chip differs from Intel i7, we shall look at their main features, which include:

As the world’s leading chipmaker, Intel has been the go-to choice for many years regarding processors. But in recent years, they’ve been losing market share to smaller companies like AMD. And now, there’s the emergence of even a tougher competitor: Apple’s M1 chip.

So, is the M1 better than Intel?

The answer isn’t a simple one. It depends on several factors, including what you’re using your computer for.

So, there you have it. There isn’t a direct answer as to whether the M1 is better than Intel. It depends on your individual needs.

Is Apple M1 Chip Better Than Intel I7?

There have been many talks lately about Apple’s new M1 chip and how it compares to Intel’s i7 processor.

So, which is better?

Related: How Much Does a Gaming PC Cost? Off The Shelf vs. Building

As the world’s leading microprocessor manufacturer, Intel has been the go-to choice for many consumers and businesses for years. However, Apple is the latest company to enter the fray with their new M1 chip amidst stiff competition.

So, how does the M1 stack up against Intel’s I7 11th Gen processor?

Generally, Apple M1 outperforms Intel I7 on almost all fronts. However, your choice depends on your specific computing needs.

In the battle of the processors, Apple’s new M1 chip is up against Intel’s I7 10th gen.

So, which one is better?

So, if you’re looking for the most powerful and efficient processor, the M1 chip is a better choice than I7. However, your preference depends on how you want to use your device.

Regarding computing power, there’s no denying that Apple’s M1 chip is a force to be reckoned with.

The M1 chip is so powerful that it outpaces Intel’s current top-of-the-line I7 processor by a wide margin.

Let’s see in detail how the two chips stack up against each other:

As you can see, the M1 chip is a clear winner when pitted against the I7.

Apple M1 Chip vs Intel I9

Apple M1 Chip vs Intel I9: Which is the better processor?

The short answer: It depends on your needs.

So, which one is right for you? Ultimately, the significant determiners are your needs and budget.

In the end, the Apple M1 chip and Intel I7 offer outstanding performance. However, your choice of processor depends on your specific needs. If you need the absolute best performance possible, the Apple M1 is the way to go. However, if your interest is a more affordable option that still offers excellent all-around performance, then the M1 chip is great.

Which Processor Does Intel Recommend Using a Liquid Cooling System?