How to Check CPU Temp Step-by-Step 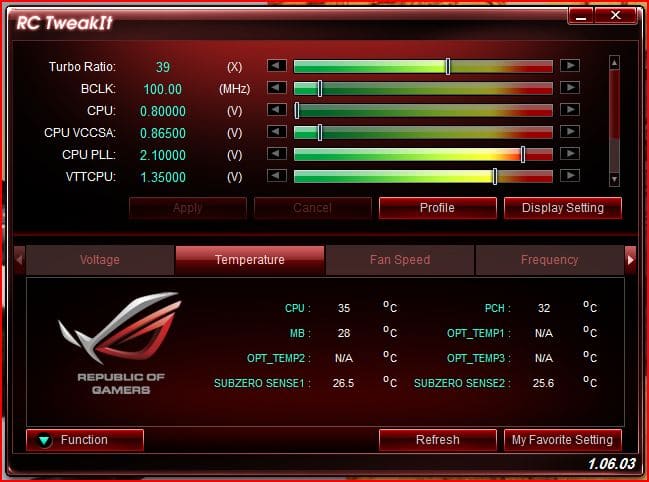 Is your computer starting to act sluggish of late or spontaneously shut down during heavy tasks? There’s a possibility it’s starting to overheat. Checking your CPU’s temperature is essential in maintaining optimal performance and guaranteeing a longer lifespan.

But how can you check the temperature?

You can use a DIY method or third-party software such as Core Temp. To install Core Temp:

So, how do you monitor the temperature of your CPU? Read on to learn more.

How Can I Check the Temperature of my CPU?

There are various ways that you can check the temperature of your CPU. The difference in the methods depends on whether you’ll use software or not, and it also depends on the type of Windows you’re using.

How to Check CPU Temp Windows 10

You can monitor the CPU temperature on Windows 10 using the following methods:

How to Check CPU Temp Windows 10 Without Software

Therefore, it’ll be best to restart your machine and use BIOS after it has been operational for a while.

To enter BIOS to check the temperature, use the following steps: 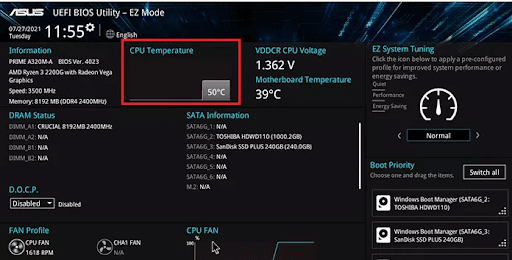 GPU-Z occupies limited space on your device and has a clear and easy-to-understand interface. Open the app and click the “Senors” tab to see the real-time temperature. 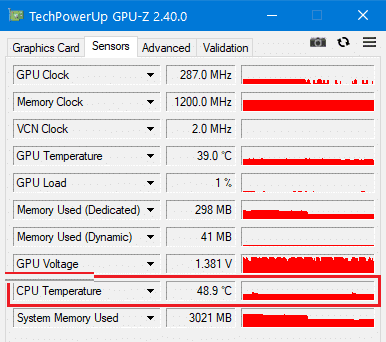 On the other hand, the Open Hardware Monitor is an open-source application that enables you to monitor fan speeds, voltages, and temperature sensors.

You can monitor the CPU temperature by reading the core temperature sensors of AMD and Intel processors. You can see the monitored values in the main menu of a customized desktop device or the system tray.

The applications show the real-time CPU temperature and max temperature. 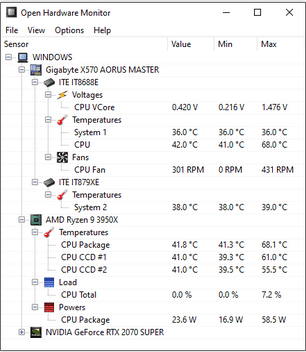 Manufacturers offer various tools for checking the temperature. You should start by searching the motherboard model on the owner’s website.

Use the following steps to use the tools. 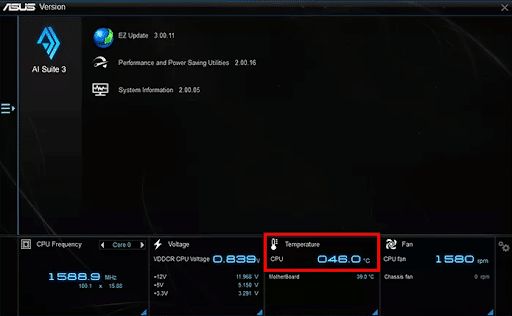 How to Check CPU Temperature On Windows 11

Like Windows 10, you can check the CPU temperature in Windows 11 by going to the BIOS or using applications.

If you want to check the CPU temperature without using software, use BIOS. It’s also a perfect pick if you’re avoiding using third-party apps.

You can check the manufacturer’s official website for the exact steps. The common steps include: 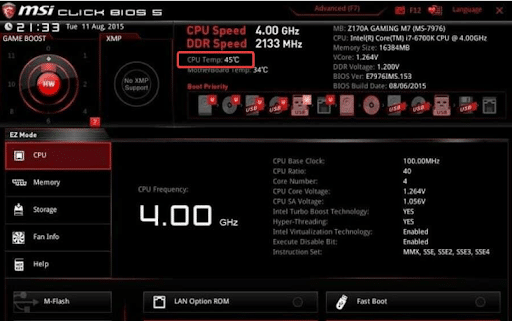 Use an App to Check the CPU Temperature

Using a third-party app is also an option to check the CPU temperature on Windows 11.

An example of an effective and reliable app you can use is Core Temp. So, how can you use Core Temp to check the CPU temperature of your device? 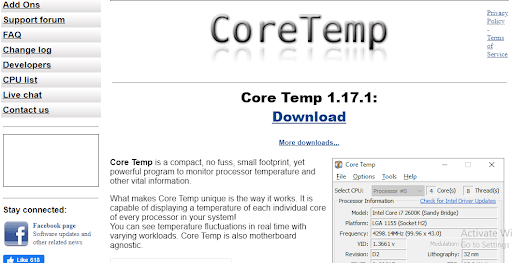 2) Next, double-click on the Core Temp file. A User (Account Control UAC) prompt will appear on your screen. Click “Yes” to proceed.

3) When the setup starts, click “Next” and follow the screen instructions on your device to complete the installation process. 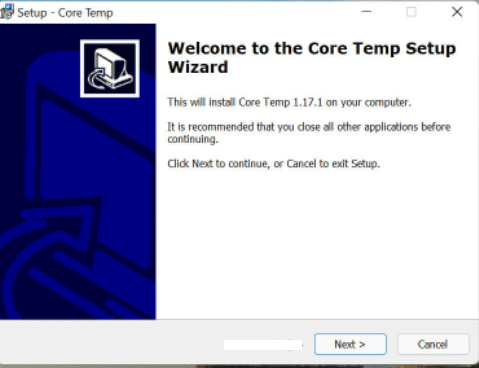 4) Launch the app on your device when the installation process is complete. You can now use the Core Temp app to check the CPU temperature 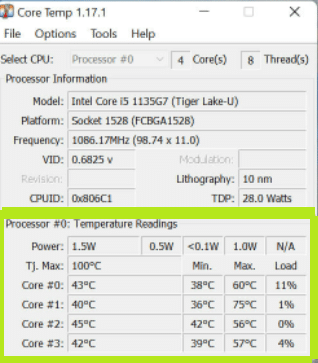 The Core Temp app is valuable for checking and displaying the CPU temperature on Windows 11.

It’s easy to install and has an intuitive interface.

Besides checking the CPU temperature, you can use the app to enable overheat protection. Thus, you safeguard your device’s system from a breakdown if the temperature shoots suddenly.

How to Check CPU Temp Online

Checking the CPU temp of your device helps you decide the best way to maintain optimal temperature.

For instance, you can decide the programs to run together, which ones should run alone, etc.

While there’s no way to check the CPU temp directly online, you have access to multiple apps that you can download online and help you to check the temperatures.

Such downloadable online apps include:

Your device’s Central Processing Unit (CPU) is supposed to operate at optimal temperatures to offer the best performance.

If the CPU processes light tasks, it mainly operates under low temperatures. However, the temperatures rise as the tasks become more demanding and require more power.

If the temperatures become exceedingly high, you run the risk of some of the components in your machine getting damaged.

Luckily, most modern CPUs have a built-in thermal protection feature that helps throttle the device’s performance if the temperatures become exceedingly high. Constant extreme temperatures can damage parts of your computer or cause the components to degrade faster than usual.

It’s also not unusual for the computer to shut down unexpectedly when the temperatures become too high.  Different CPUs in the market have varying temperature tolerances; however, most CPUs have an accepted temperature range.

So, what’s the accepted temperature range for CPUs to perform optimally?

PCs have more airflow to their components since the components aren’t densely packed. On the other hand, a laptop has limited space, meaning its features are densely packed, limiting airflow.

As such, laptops are more prone to high temperatures than PCs. If you’re using a laptop, the acceptable temperature range is:

Why Does a CPU Overheat?

A CPU can overheat due to numerous reasons, including:

What Can I Do to Reduce CPU Temperature?

Checking your CPU temperature is an essential maintenance procedure. A hot CPU can affect the performance of your computer and cause damage to components, reducing its lifespan. If you want to check the CPU temperature, you have several options.

For instance, you can check the BIOS or use third-party apps. Most of the apps are free and come with easy-to-use and intuitive interfaces.

Why is My Firestick So Slow? Reasons and Resolutions