How did the Frisbee Get Its Name (Ultimate?) 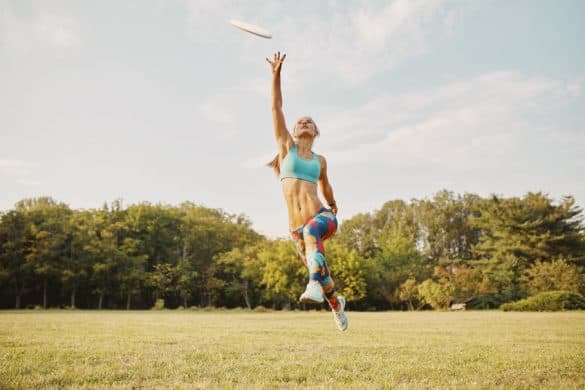 Frisbee was inspired by the disc-like object that was invented by inventor, Walter Frederick Morrison in 1948. It was, however, one of the Wham-O founders, Rich Knerr who decided to name the disc-like toy “Frisbee” before its official launch in 1957.

At some point, he came up with the idea of creating a plastic version of the pans. An investor by the name of Warren Franscioni partnered with Morrison to kickstart the development of what will eventually be known as “frisbee”.

But before we dived into the topic of how the word Frisbee was developed by Morrison, let’s dive into the history of disc sports.

Disc sports can be traced back to the Ancient Greeks. They were one of the first civilizations that played and competed for discus in the 8th Century BC. And throughout the centuries, our ancestors were throwing disc-like objects as a form of recreation and sport.

It was in the earlier part of the 20th Century that love for a food item and passion for disc throwing made Frisbee the worldwide phenomenon that it has become today.

It was during the latter part of the 19th Century that a certain Frisbie family opened a bake shop in Connecticut. The bakery became a success as the Frisbie Pie family further expanded its reach into neighbouring states, New York and Rhode Island. 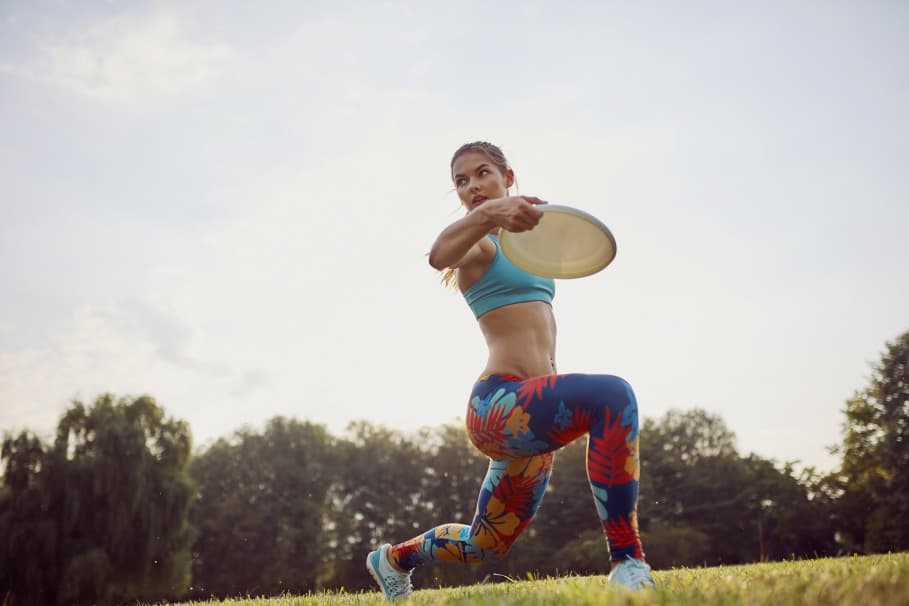 Their best-sellers were pieces and cookies became a hit. At the peak of their popularity, it was recorded that the Frisbie Pie Company was baking an average of 80,000 pies daily to meet the demands of their growing consumer base.

University students from nearby schools, including Yale University students, purchased Frisbie pies and cookies. The students then reused the tins and lids from Frisbie Pie Company into discs to throw for recreational purposes. The Frisbie brand that was stamped on all pie pans was soon adapted as the informal name of the disc and game. Throwers usually yelled out, “Frisbie” to alert their catchers that a flying disc was coming their way. Since then, the term “Frisbie” stuck and referred to the game, and then spread to other universities including Princeton, Amherst, and Dartmouth, to name a few.

Soon after, more universities discovered the fun of playing with “Frisbie” tins and cardboard or any disc-shaped objects back and forth. Eventually, the game then levelled up and transformed into a competitive sport. Regardless of whether the students were using “Frisbie” pans and lids or otherwise, the name stuck, and it became the unofficial name of the game.

Other colleges and universities from far and wide started playing the game and adopted their own name for their version of tossing disc-like objects back and forth.

Frisbee - The Evolution of its Name

So, back to when Morrison came up with the idea of using plastic material to create his own version of “Frisbie”. In the 1950s, the American public was highly curious and fascinated about outer space.

The same fascination was perhaps the reason why Morrison modelled the form and shape of his disc to resemble a flying saucer.

It was 4 years later in California that the toy company Wham-O noticed Morrison selling his disc design in downtown Los Angeles. They loved his idea that soon after, they asked him to get on board. In 1955, the plastic disc-like object named Pluto Platter.

In 1957, Morrison’s flying discs were being manufactured. It was also during the same year that the Frisbie Pie Company closed its doors, and the owners of Wham-O adopted the name Frisbie to refer to the disc, but then eventually changed the spelling to Frisbee when they released the toy in June 1957. 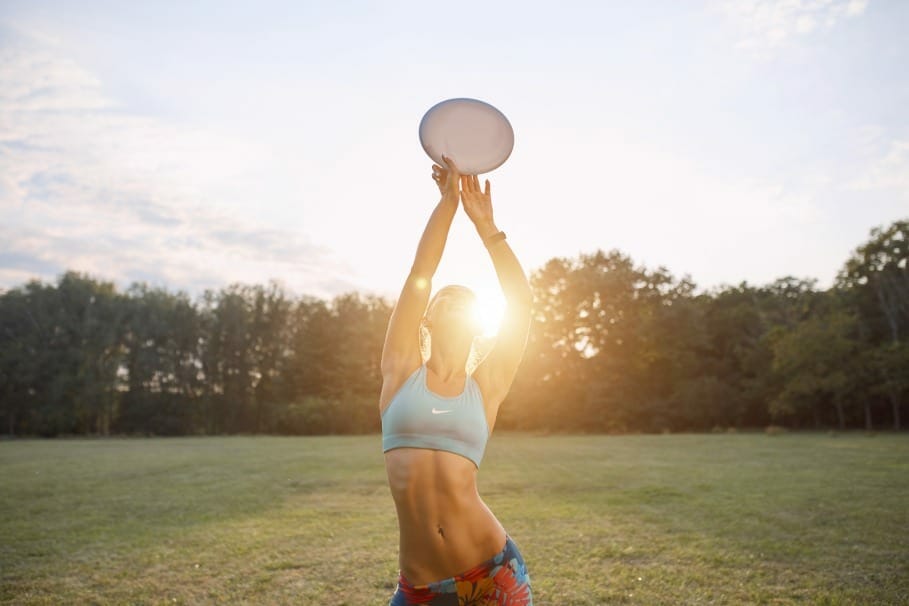 It was rumoured that the founders of Wham-O heard the term “Frisbee” during their tour in one of the Ivy League schools, which inspired them to name their product, “Wham-O” frisbee”.

After its release in 1957, the Wham-O frisbees were flying off the shelves across toy stores in the United States. Since its launch, there were 100 million Wham-O frisbee units sold worldwide.

Although Morrison agreed to a partnership with Wham-O, he never really liked the name “frisbee.” He always called the disc using its traditional name. He called his invention Whirlo-Way, Morrison’s tribute to a racehorse champion, Whirlaway, that won the Triple Crown in 1941.

Since he was just as equally fascinated with the alien aircraft hovering over Roswell, New Mexico in 1947, he interchanged the names “Flying Saucers” and “Pluto Platters” as a reference to his discus.

The Frisbee is celebrating more than 60 years as a toy and sports brand. At present, the word Frisbee is just as common as any other world in the dictionary. And since Frisbee is still considered an original invention of Morrison, he is still receiving royalty checks off the name, despite his aversion to it.

The Future of Frisbee

It was in 1967 that Frisbee was modernized by the designer, Ed Headrick. To make the Frisbee more aerodynamic, he patented a design that featured a band of raised ridges on the disc’s surface, which he called Rings. The primary function of the rings is to stabilize the disc while in flight.

After a change in design, Frisbee was not only marketed a toy but a new sport. It was the high school students of Maplewood, New Jersey who invented the game, Ultimate Frisbee - a hybrid sport that featured elements of soccer, American football, and basketball. In 1970, Headrick invented the Frisbee Gold, a game wherein discs were tossed into metal baskets.

That game also grew in popularity and soon amassed thousands upon thousands of fans nationwide. Today, there are even specialised cleats to play the sport!

To date, there are at least 60 companies that manufacture and produce flying discs that are used for Ultimate Frisbee games. The standard size of a plastic disc is roughly 20 to 25 centimetres in diameter and with a curved lip.

The brand name “Frisbee” is currently owned by Mattel Toy Manufacturers, the company that bought the rights to the toy design from Wham-O in 1994.

If you are bitten by the frisbee bug after reading the article, check out our blog post on the list of best available ultimate frisbee discs.

12 Innovative Decor Accessories That Will Revamp Your Home

How to Use A Pilates Machine (Simple Steps)