SSD Cache – What Is It and Is It Worth It? 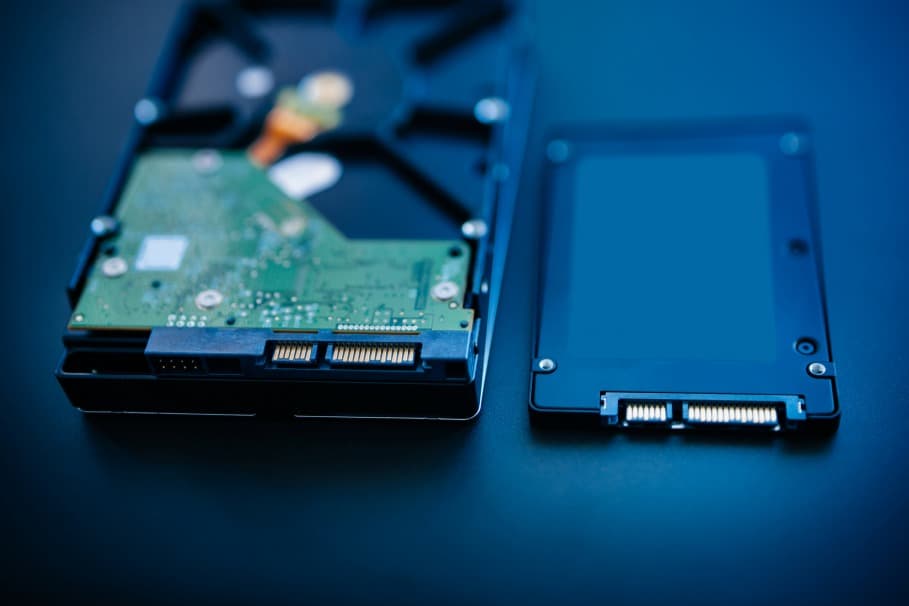 Does your computer or laptop have an SSD (Solid State Drive)? Are you looking for ways to improve your device’s performance? If your answer is yes, then you should learn all about SSD cache.

Table of Contents:
What Is SSD Cache?
What Do You Need For SSD Caching?
How To Configure Intel Smart Response
Is It Worth It?
What Are The Limitations Of SSD Caching?
Final Words

What Is SSD Cache?

SSD cache, or SSD caching, was developed in the early 2010s as a data management system. It uses the smaller SSD drive as a cache for the bigger hard disk drive.

A cache is a part of the memory (either hardware or software) used as storage so that the data can be accessed quickly and easily. In the CPU, it usually includes flash memory, which can be accessed faster than the standard RAM. Your browser also has a cache that stores aspects of frequently visited websites so that they load faster compared to sites where all the data needs to be retrieved from the server.

Because the data is retrieved in a shorter amount of time, you will notice the performance of your computer improving, specifically when it comes to memory-dependent tasks. When you use an SSD cache, you benefit from the faster speed and better responsiveness of the SSD compared to the slower, traditional hard drive.

In fact, the SSD can be 10 times faster than an HDD when it comes to specific tasks like small disk reads. This can also be attributed to the smaller size (like 40GB), compared to the 1TB storage of the hard disk.

What Do You Need For SSD Caching? 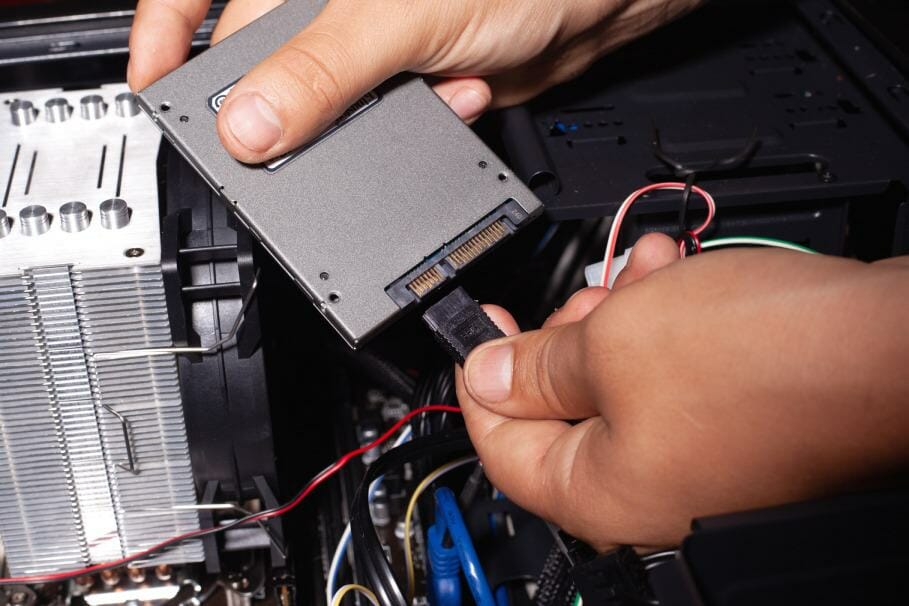 If you are getting frustrated with your computer’s performance and want to try out an SSD cache, you will need the following:

You will also need to configure your SATA controller to enter RAID mode. If you do not know how to do this, you need to look at your motherboard or computer manual.

How To Configure Intel Smart Response

Intel has a software known as Rapid Storage Technology (Intel RST), which can be found in the SSDs they manufacture. It is also compatible with Smart Response Technology. When you install your new SSD, you will need to put the Intel RST disc into your CD/DVD drive and follow the instructions.

1. Open Intel RST and click “Accelerate“ on the top of the window.

3. Select your new SSD and choose how much memory you want to use for caching. You also need to choose the hard drive you want to accelerate. Below that, you can decide which acceleration mode you want (“enhanced mode“ is recommended). Once you have chosen, click “OK“.

4. The application will finish the work configuring the SSD for caching. You should notice the speed boost soon after!

Is It Worth It? 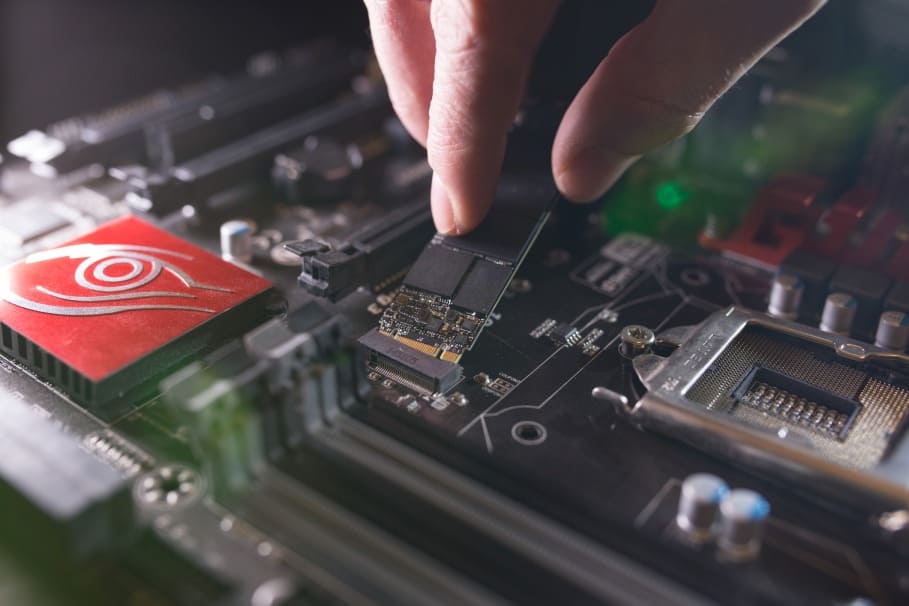 Did you know that hard drive technology has not changed much from the clunky, mechanical hardware developed in the 70s? Thus, it is easy to imagine how much slower it can be compared to the newer SSD. SSD can load programs much faster because it has no moving parts and has very fast flash memory. While your HDD is still a necessity for your desktop, an SSD improves boot and load times.

When it comes to price, an SSD is naturally more expensive than a hard drive with the same storage size. But while a 1TB SSD is a necessity, all you need is a 32 or 64GB SSD to improve your computer’s speed and performance. A smaller SSD like this will not cost you too much.

As long as your computer is working normally (meaning there is no other hardware installed that will slow it down significantly and it has no virus or any other infection), you will notice a huge change in its speed. Take note, however, that the difference is not observable when you use a smaller SSD to cache a larger SSD. The improvement is huge, however, if your computer runs on an HDD.

What Are The Limitations Of SSD Caching?

One of the first limitations of SSD cache is the challenge of setting it up. It is definitely not for those who have limited tech expertise. You need the right drivers, plus you need to configure BIOS and run it as the RAID setup. Then you need to install Windows and the Rapid Storage Technology drivers, and other tasks. It is more complicated than simply using a bigger capacity SSD and then installing Windows.

The benefits of SSD caching is seen when your system is at a ‘clean’ state, which means after being switched on or after Windows has been rebooted. It is also observed when an application is opened after restarting or powering down your computer. This is because memory is normally saved in this order: the CPU cache, RAM, SSD cache, and finally the HDD. When you restart your computer, the CPU cache and RAM are cleaned up and the SSD cache is where the data is retrieved. Otherwise, most of the frequently accessed data is stored by the system’s RAM.

When using Intel’s SRT, you might notice some limitations. Exact details are not available (they are kept a secret), but it seems that there is a limit on the size of data you can cache. Beyond this unknown number, the system will use the much slower SDD for data access. This means, when you use bigger media like high-quality audio or video, you might not enjoy the benefits of SSD caching. 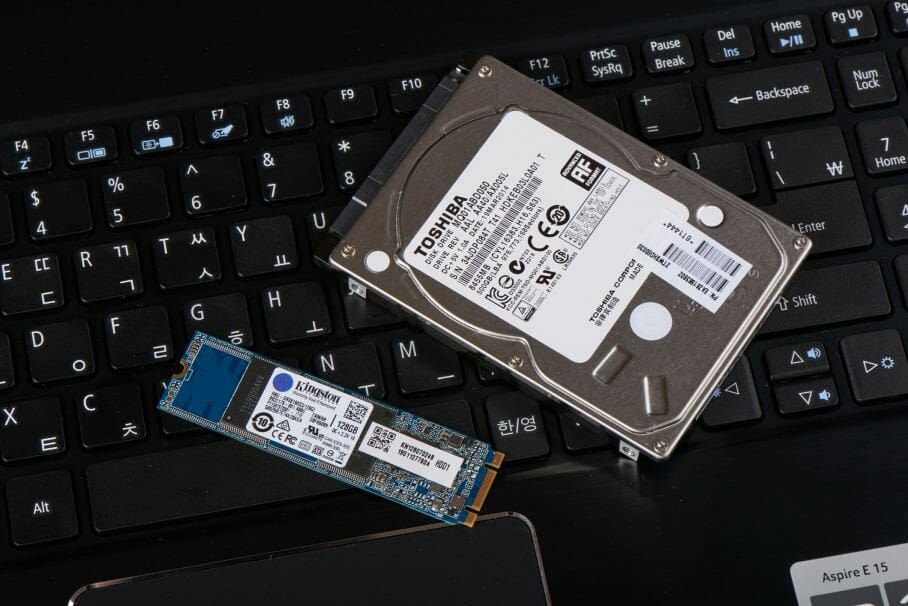 Should you opt for SSD cache or just get a larger SSD? The popularity and the sinking prices of SSDs have made SSD caching a less attractive option. You can opt for a larger SSD or other similar options (hybrid SSDs and SSHDs). While SSHD is essentially a normal HDD, it contains flash memory (called NAND). Both a larger SSD and SSHD will do all the tasks within one drive.

If money is the issue and you can only afford a small upgrade of a smaller SSD, then an SSD cache is the best way to boost your computer’s performance without spending a lot of money.

What Is VulkanRT And Do You Need It?