How to Screenshot Only One Monitor? 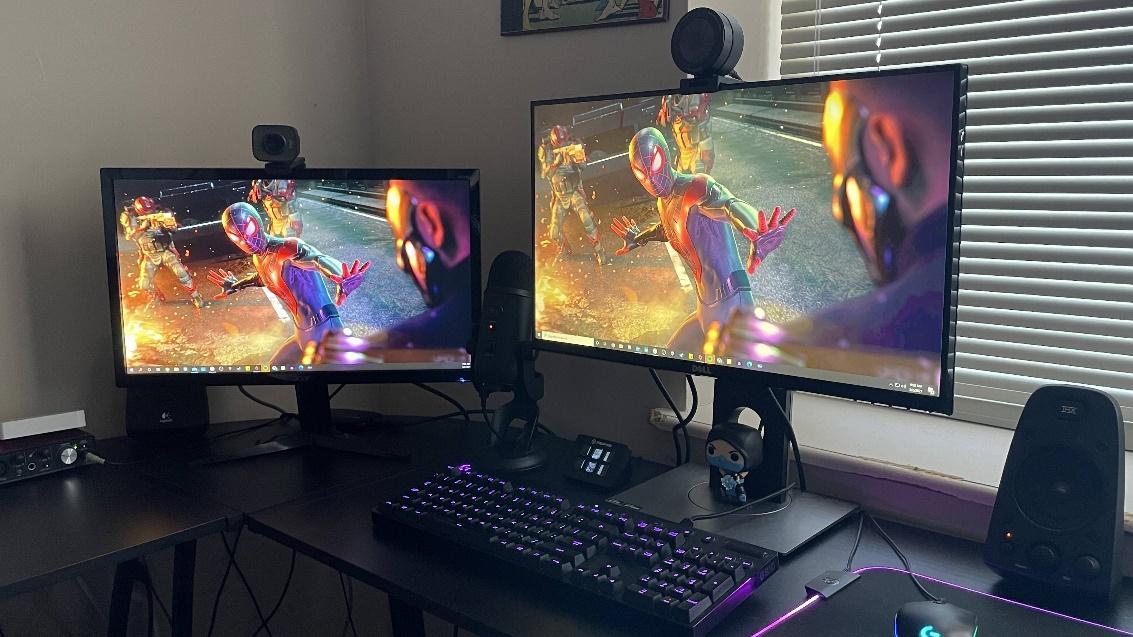 Are you looking for a way to take a snapshot of only one monitor? For many computer users these days, using a dual monitor configuration is fairly typical for a variety of reasons.

Some people use it for gaming to extend their field of view, while others use it for multitasking, increasing productivity, and increasing desktop real estate. In many circumstances, having an additional external display is preferable to boosting the screen resolution on a Windows PC.

While having several monitors on a Windows PC makes a lot of sense, some users have had problems with the setup.

Capturing screenshots is one such time, and this post will cover how to screenshot a single monitor, even if you've had a dual monitor arrangement. How to screenshot the monitor screen?

The "PrintScreen" button may be shortened (as "prt sc"). This will prevent you from having to paste it into a separate program. The file will be saved in the "Screenshots" folder within your "Pictures" folder. If this file does not yet exist, it will be created immediately.

2.To capture a snapshot of the current window solely, use Alt+Win+PrintScreen –

The active window is the one that is shown at the top of your desktop display. It's also the application featured just at bottom of the desktop. All

apps that are operating in the background will be excluded from the screen recording snapshot. Pictures will be stored in the "Videos" folder to the "Capture" folder. How do I stop my screenshots from going to both monitors?

Taking screenshots is simple and generally just takes seconds. When you add a second or even third monitor to the mix, things become a little trickier. We'll teach you how to use built-in tools to screenshot only one display and stop screenshots from going to other monitors. As well as your screen dimming (on all your monitors). Your mouse pointer will become a crosshair, which you may use to designate one corner of the area you want to capture.

You may now place the cursor on one of your displays and then click and drag across the boundaries of both monitors to the opposite corner of the area you wish to capture.

Windows 10 isn't the most recent application, but it gets the job done. Select the Snipping Tool from the Start menu or search for it in the search box.

Select Full-screen Snip from the Mode menu. This will take a snapshot of your active display, which you may store wherever you like. "Active" is the essential word here. The Snipping Tool has a little limitation in that it can only screenshot the primary display. So, if you want to screenshot the second one, you must first switch your primary monitor in your settings panel.

Screenshot only one monitor windows 10

The Snipping Tool has been supplemented with the Snip & Sketch app in the Windows 10 operating system.

Although you could acquire a screenshot app– and we'll recommend a few computer screens grabs software after this piece — you already have this one, and it's a wonderful alternative for screenshots. Let's have a look at how to put it to use. Step 1: Open the "Search" tool by clicking the search button in the lower-left corner of your screen. Look for "Snip & Sketch";

Step 4: Use the mouse to cut the area of your display where you want to snap the screenshot.

Step 5: The snapshot will appear in the Snip & Sketch tool.

Step 6: Save the snapshot to your file manager by pressing Ctrl + S or clicking on the floppy disc icon.

How to screenshot only one monitor using MAC? Capturing screenshots on your monitor is one of the easiest activities, and while many people struggle with it, after reading this post, you should find it quite straightforward. The procedures outlined above should assist you in determining how to snap a screenshot of only one monitor.

However, if you still find it difficult, there are a plethora of extra tools available to assist you in taking a screenshot of your monitor screen. Some of these tools include the previously mentioned Windows Snipping Tool, as well as third-party software such as Tiny Take, Screenshot Captor, FastStone, and others. If you are a Lenovo owner I have an article explaining how to print screen on a Lenovo Thinkpad.

How to connect two monitors to one computer with one vga port?

How to connect two monitors to one computer...

How to Watch ESPN on FireStick — Detailed...

What is ghosting on a monitor?

Why is SOplayer Not Working?

How to Hold a Gaming Mouse (Simple Answer)

Should You Trim Your Nose Hair? (And How...

How to Straighten a Curly Beard? (Simple Answer)