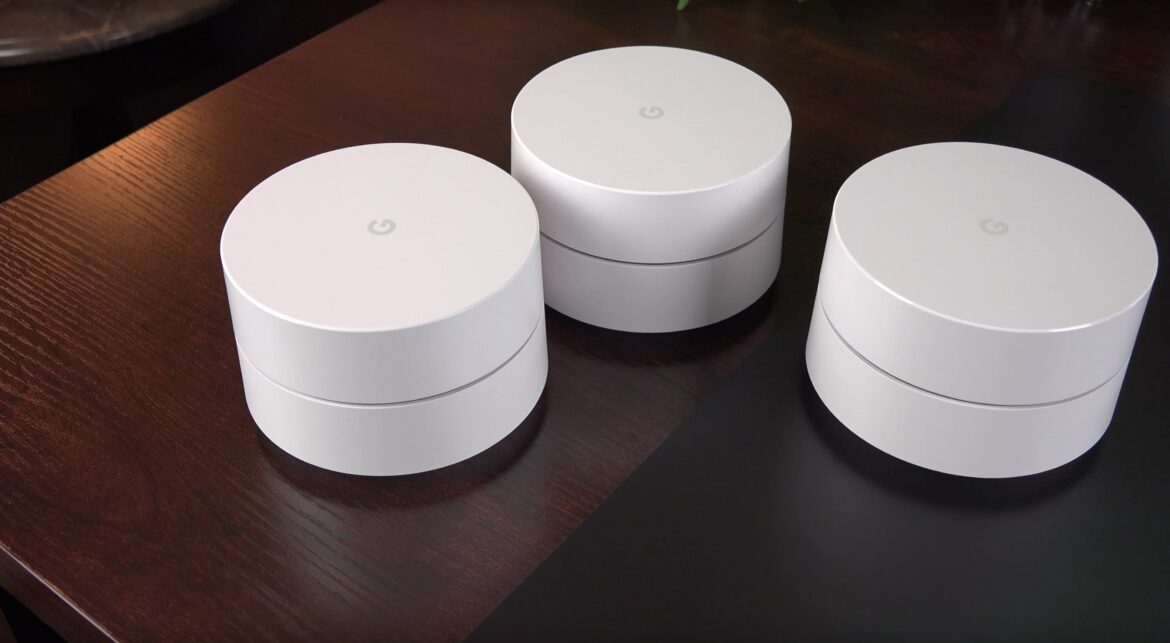 Are you in the market for a new WiFi router but can’t decide between Google WiFi and Nest WiFi? You’re not alone. Both these routers have become increasingly popular due to their simple setup and reliable performance.

From features to performance to stability, there are several differences between the two to determine which one is better. This article will cover the main differences between Google Wifi and Nest Wifi, their features, and which is better for your needs. So, if you’re looking for the best WiFi router for your home, read on to find out which one is best.

Google WiFi is a mesh-capable wireless router developed by Google as part of its Google Nest line of products. It was announced on October 4, 2016, and released in the United States on December 5, 2016. The device is designed to replace an existing router, and provides a way to mesh WiFi coverage throughout a home. 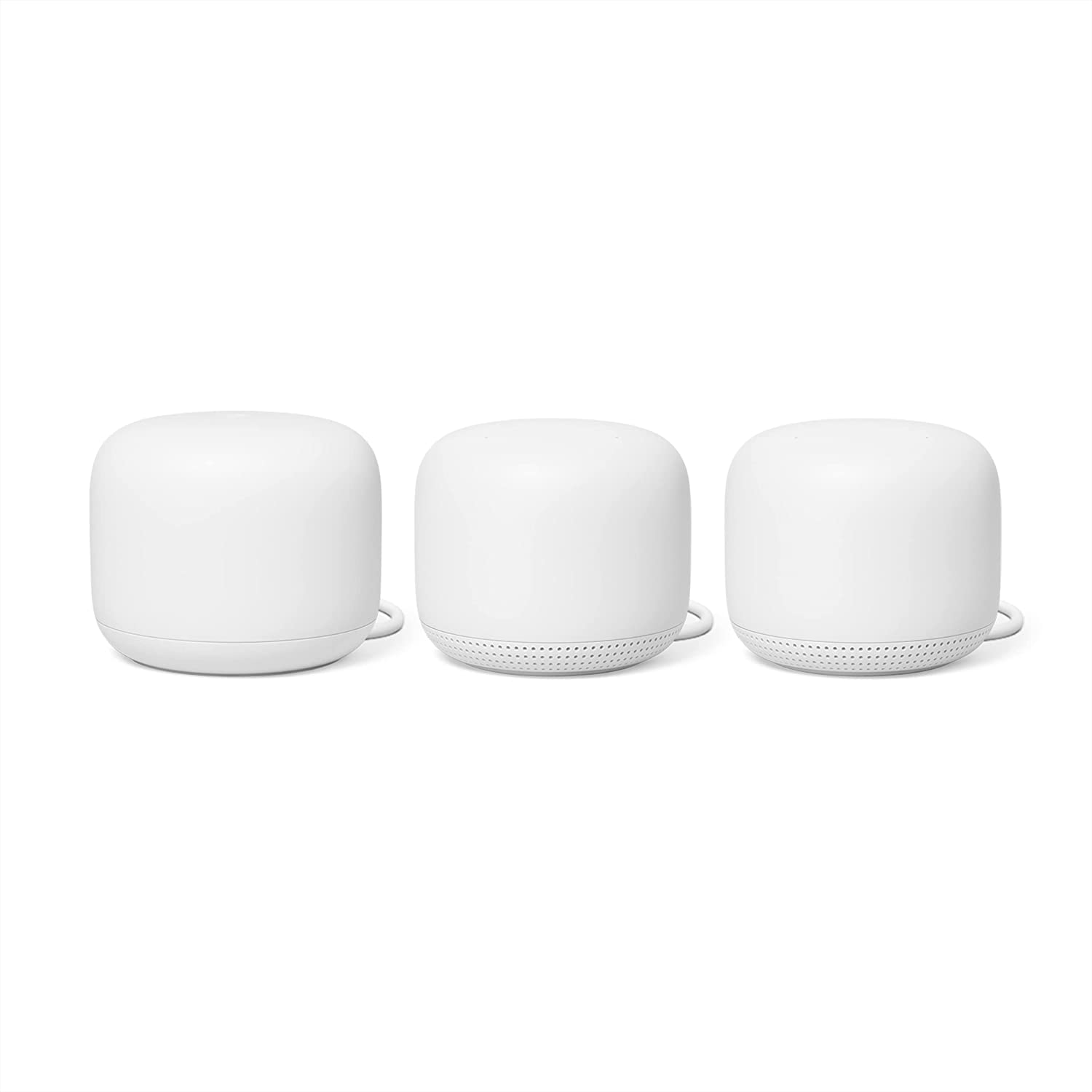 Nest Wifi is a mesh Wi-Fi system developed by Google. It is designed to provide an easy setup and strong, reliable Wi-Fi connection throughout your home. The system consists of a Nest Wifi router and one or more Nest Wifi points that extend the router’s coverage.

It is a wireless router that provides a robust and reliable connection throughout your home. The system consists of a Nest Wifi router and one or more Nest Wifi points that extend the router’s coverage. Nest Wifi is compatible with Google’s Google Home and Amazon’s Alexa products and can also be controlled with the Google Home app. It utilizes Google’s TrueMesh technology to keep your connection fast and reliable, even as you move about your home.

Regarding speed, both Google WiFi and Nest WiFi are designed to support up to 1,200 Mbps, though actual speeds will vary depending on your internet provider. Google WiFi is designed to work best using a single network name, while Nest WiFi uses two networks (one for the main router, and one for the satellites) for improved performance.

As per testing, top wireless transfer speed for 5 feet (router only) is around 450+ Mbps for Google WiFi and 600+ Mbps for Nest WiFi.

Regarding setup, both Google WiFi and Nest WiFi are relatively simple. Both systems require a one-time setup process, followed by a simple app for ongoing management. However, Google WiFi does offer a few more customization options than Nest WiFi, including the ability to adjust the frequency of the wireless signal or prioritize specific devices.

Overall, Google WiFi and Nest WiFi are excellent options for providing robust and reliable coverage throughout a home. While Google WiFi has a few more features and customization options, both systems are designed to provide up to 1,200 Mbps speed. Ultimately, the right system for you will depend on your individual needs.

Related: How to Extend Wifi Range Outside – Step-by-Step Guide

Related: Wifi Extenders vs. Wifi Boosters – Which One to Choose?

Q: Are Google Wifi and Nest Wifi the same?

A: No, Google is not discontinuing Nest Wifi. Google recently released a new product called Nest Wifi Pro, a wireless router and range extender designed to work with Google Nest devices. The original Google Wifi product is still available and continues to be offered.

Q: What is replacing Google Wifi?

A: Google recently released a new product called Nest Wifi, a wireless router and range extender designed to work with Google Nest devices. Nest Wifi is designed to provide extended coverage and speeds and to work with Google Nest devices to create a connected home. Nest Wifi is not replacing Google Wifi, but is instead a newer product that complements Google Wifi.

Q: How do I set up Google Wifi?

A: Setting up Google Wifi is a simple process. First, you need to download the Google Wifi app onto your device. Then, you will need to connect the Wifi point(s) to your modem using an ethernet cable. Once the points are connected, you can follow the instructions in the app to complete the setup.

Q: What devices is Google Wifi compatible with?

A: Yes, Google Wifi is secure. It is designed to protect your network and data, using features like WPA2-PSK encryption and a secure firewall. You can also set up a guest network for visitors and activate Family Wi-Fi to manage your children’s access to the internet.

A: Yes, Google Wifi provides unlimited bandwidth. You can connect multiple devices to the network without any limits on bandwidth or speed.

After examining the main differences between Google WiFi and Nest WiFi, it’s clear that both have their advantages and disadvantages. While Nest WiFi offers a better range and faster speeds, Google WiFi is easier to set up and manage.

Ultimately, the choice depends on your needs and budget. If you are looking for a reliable and affordable wi-fi solution, Google WiFi might be the better option. However, if you have a larger home and want the best performance, Nest WiFi is the better choice.

How to Download Movies on MacBook – A Step-by-Step Guide

Why You Need Control Sensors for Your Home

How to Turn Off Ring Camera in a...