Best Games To Keep Your Mind Sharp While Isolating 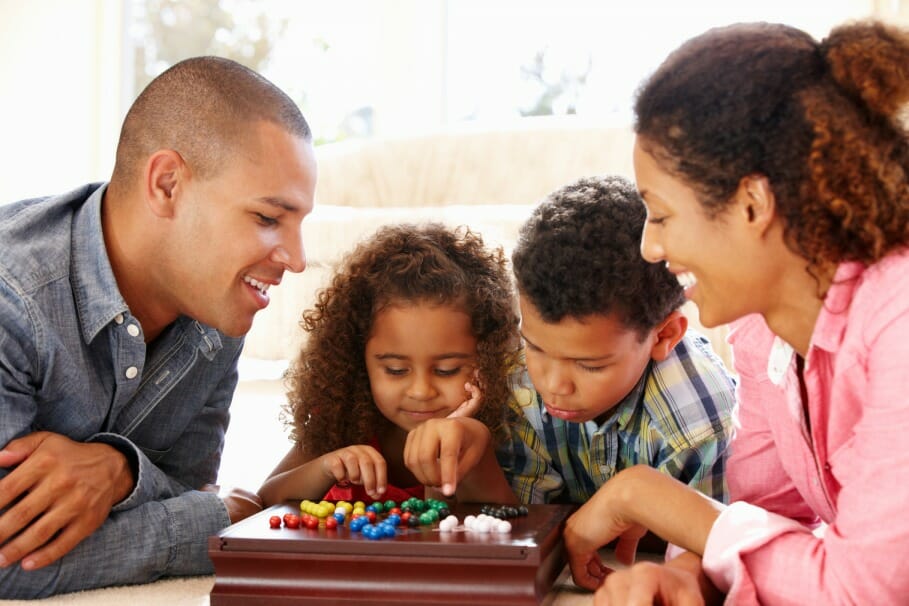 Humans are social creatures: they gather in herds, build complex communities, and derive enjoyment and purpose from shared activity. All this effort keeps them mentally active. The richness of interpersonal communication is far more demanding than we typically appreciate, as almost any introvert will readily tell you. It isn’t just about the words exchanged — there are also myriad contextual clues provided through vocal tone and body language.

When circumstances force us to be alone, we’re incomplete, and we start to stagnate. All the rituals we normally go through fall by the wayside. With no need to dress to impress others, we give up on sartorial innovation — why choose a tasteful suit-and-tie combination if no one will see it? We let our physical health slip as well, as the desire to be perceived as strong and attractive just isn’t there when you’re sitting alone in your kitchen.

The result is boredom and ebbing motivation to do much of anything beyond indulging in short-term distractions: TV shows, food, alcohol, and other things that we should be using in moderation. This doesn’t just produce anxiety and even depression, of course. It also hampers our prospects. Just as muscle atrophy after an injury can derail an athlete’s once-promising career, mental dullness stemming from isolation can leave you struggling to return to your former acuity when the opportunity arises to get things back to normal.

So what’s the answer to this problem? Well, prevention is always better than a cure — and while it’s far too late to prevent COVID-19 tearing our professional lives apart, it isn’t too late to take action to prevent your mental sharpness from degrading any further while you’re required to isolate. The key, of all things, might actually be playing games.

You might immediately focus on games being part of that set of short-term distractions: after all, isn’t it perfectly possible to get hooked on games and end up neglecting other parts of your life? There are two things worth considering here. Firstly, those prone to addiction can become obsessive about almost anything, and there are few pursuits that are inherently troublesome. Secondly, the idea here is to play games in modest bursts, not for hours every day.

In this piece, we’re going to set out some of the best games you can use to strain and improve your mind while you’re short on other things to do. They’re traditional games with long histories that you can play offline or online. Let’s get to them, shall we? 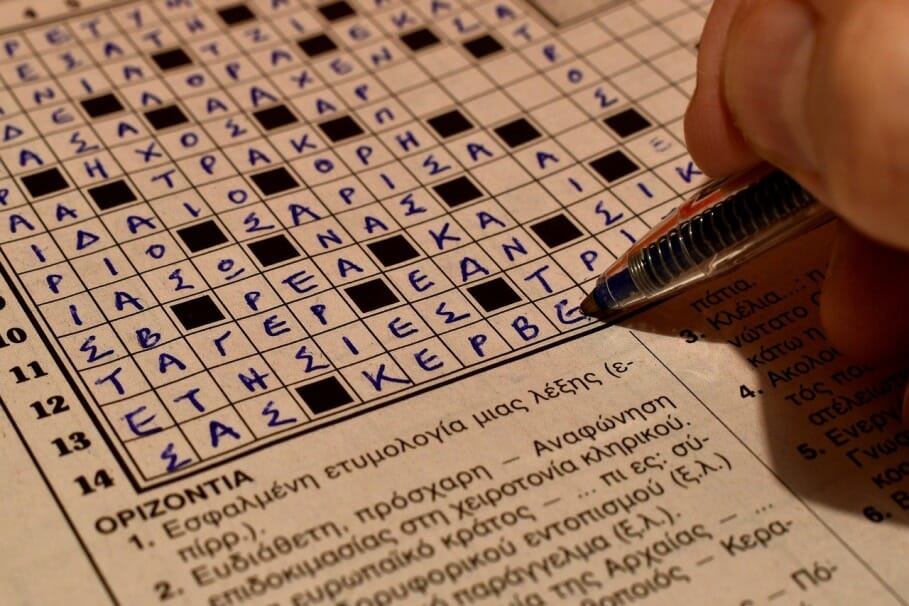 You might not think of a crossword as a game, but it is: you’re given a challenge with a set of clearly-defined rules and tasked with overcoming that challenge (and in the case of cryptic crosswords, there’s often a competitive element whereby you’re trying to be the first person to get all the answers right). And the clues can be extremely varied, adding to the challenge.

A crossword can require general trivia knowledge, mathematical calculations, scientific understanding, or any of many other things. This variety makes it the perfect addition to your morning routine. Get up, get some breakfast, and fill out a crossword puzzle or two. You won’t always get all the answers immediately, but your mind will keep working on them while you focus on other things, and you’ll get there in the end.

Cryptic crosswords are particularly interesting because they have many unusual rules that players need to learn before they can be successful on a consistent basis. Wrapping your head around those will take some time, at the very least, and you’ll likely find once you’ve done so that you quite appreciate the unique difficulty on offer.

The Guardian is well known for its array of crosswords (particularly cryptic), so keep an eye on it (and similar sites) and you’ll have access to an ever-expanding pool of puzzles. 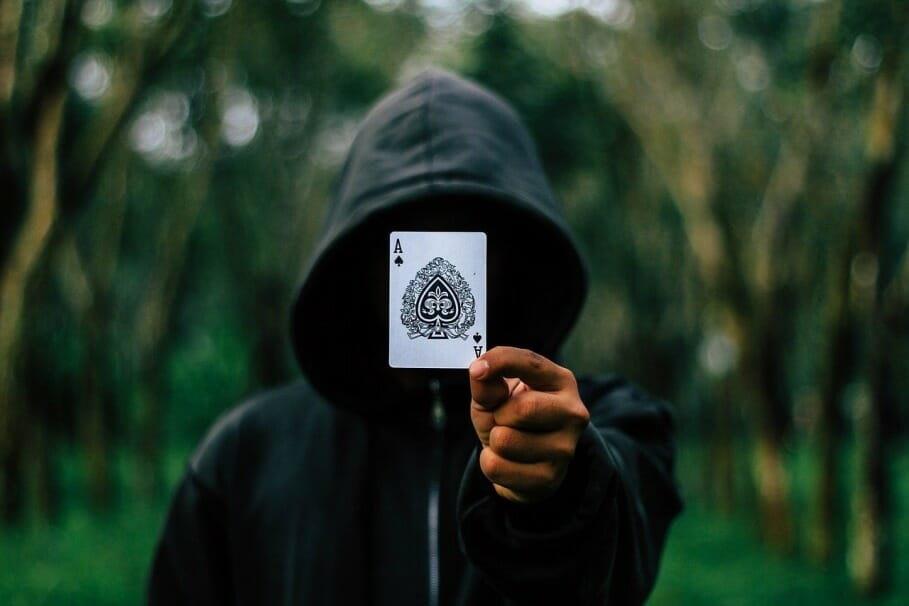 Offering a compelling mix of variety, calculation, and psychology, poker continues to dominate the world of card games. There are many versions of poker you can try when you want to change things up, but even sticking with just one variant will allow you to exercise two vital skills. The first is simple processing, thinking about the hand you have, what it could become, what hands could beat it, and how likely they are to come up.

The second, making things far more interesting, is the sum of two actions: reading people, and bluffing people. Just as you don’t need the most pieces to win at chess, you don’t need the best cards to win at poker. You can even have the worst cards and win if you’re able to convince the other players that you’re in a position of strength.

Now, since it’s tricky to play poker in person at the moment, you can play online. Fortunately enough, there are new online casinos that make it possible to play poker (along with various other games) for free. It isn’t a problem if you don’t want to gamble: you can play with low stakes so you don’t risk anything significant.

Naturally, you can play at home if you have people to go up against. That’s obviously the ideal arrangement because playing online takes things like body language out of the equation, though you can still factor in psychology when playing online through looking at people’s behavioral patterns – in fact, you might just find this experience improves your cognitive function as a result. Overall, poker is well worth learning. 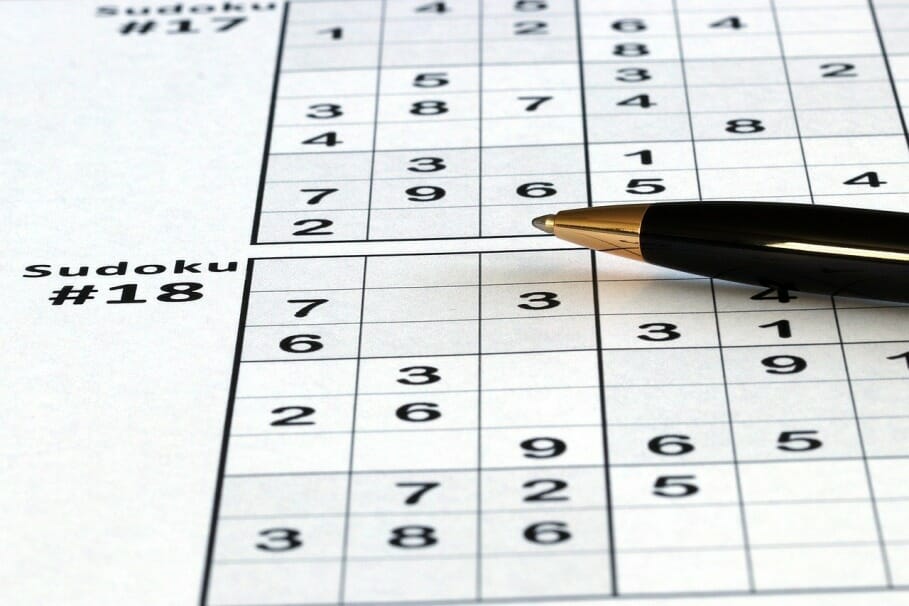 Often mispronounced but always enjoyed, sudoku has become a staple for many puzzlers. It may pose essentially the same challenge every time, but that can be a good thing because you don’t need to figure out new rules or approaches — and there’s a big caveat to that use of essentially, because the side of the grid alone makes a massive difference.

With a small grid and a decent number of opening entries, you can use deductive reasoning to figure out the rest of them without needing to make any assumptions. With a larger grid and just a few opening entries, though, your only option is to make assumptions about where certain numbers could be, follow those threads to their conclusions, and backtrack when they’re wrong.

Once you start playing with those larger grids, you’ll find that the game has gone from an idle curiosity to a strenuous intellectual challenge. You can scale the difficulty up and down as you prefer, but the more used you get to the tougher puzzles, the more you’ll want to stay with them. The feeling of satisfaction you get from beating one is something you want to experience.

Now, there are various apps you can use to play sudoku (mobile gaming is huge these days, after all), so search on your smartphone if you want to take that route. Alternatively, here are some free sudoku sites you can try. 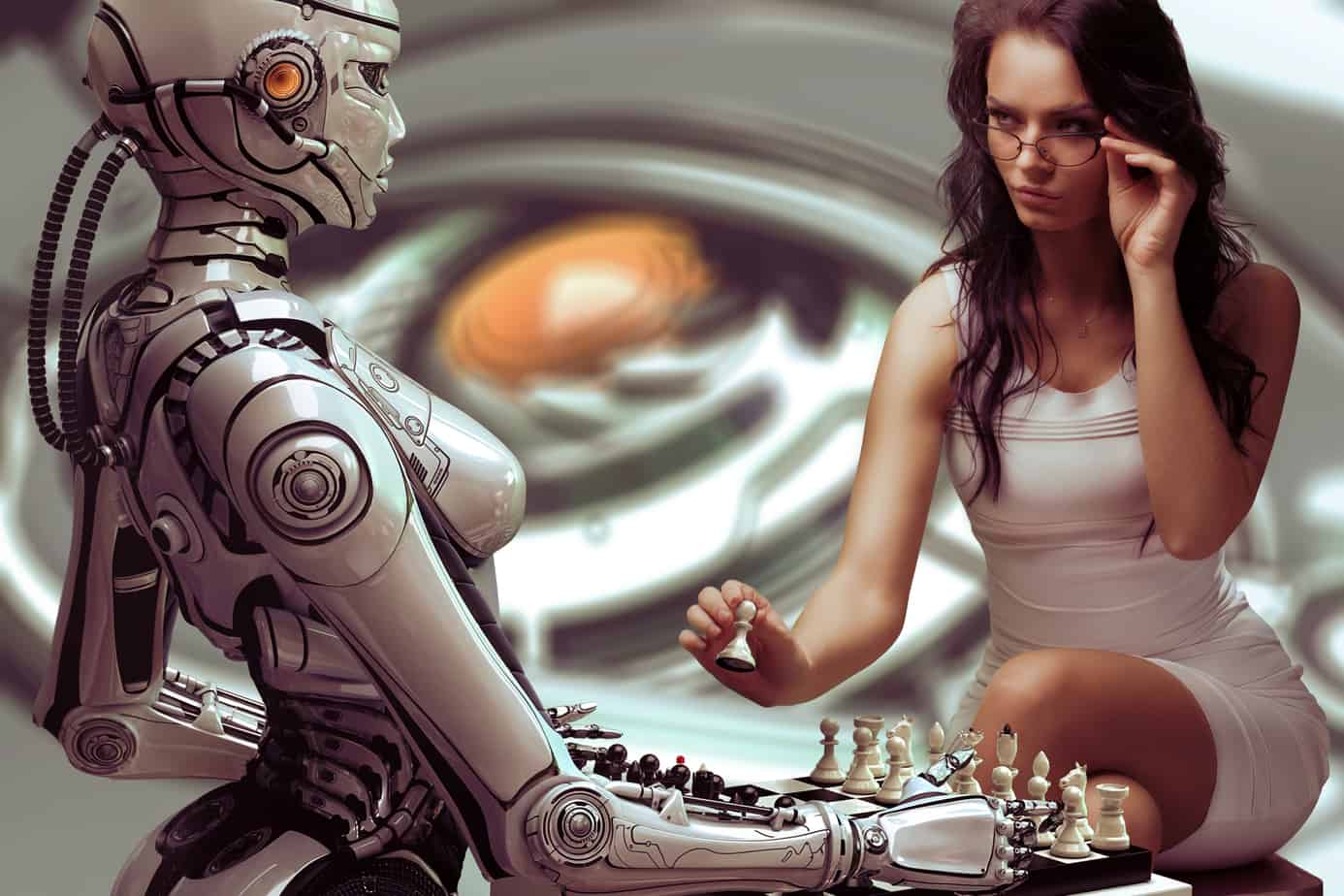 The best games are simple to learn and hard to master, and the combination of accessibility and complexity offered by chess is the reason why it’s been a mainstay of strategists for hundreds of years. Even a casual game of chess can be a mentally-exhausting experience if you decide to move tactically and think several moves ahead — and if you want to tax your mind, you should.

What might your opponent do in response to an action you could take? When should you sacrifice a piece to gain a long-term edge? It’s perfectly possible to give away most of your strongest pieces just so you can contrive a checkmate scenario — as noted earlier, the winner isn’t always the player with the biggest army.

And the variety is almost endless. Mathematicians have put serious effort into determining how many outcomes are possible: after each player has moved just twice, there are almost 200,000 possible board arrangements. That means you can’t get away with memorizing the same scenarios. With each twist, you need to come up with fresh tactical determinations.

Given the popularity of chess, it should come as no surprise that there are countless ways to play it online (though not quite as many as there are possible chess outcomes). For some suggestions, check out this list of great free chess sites. Some have tutorials to help you get up to speed, hints of moves you could take, or records of great games from throughout chess history that you can review at your leisure.

In itself, figuring out why a grandmaster made a particular move can be a fascinating exercise. If you don’t mind the competitive nature of the game, why not give chess a try? And if you want to buy a chess set to use at home, it won’t be an expensive purchase.