How to Connect Oculus Quest 2 to TV? A Step-By-Step Illustrated Guide 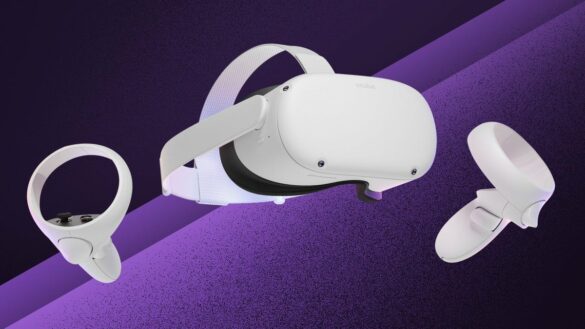 The Oculus Quest 2 headset lets you enjoy games on an immersive virtual reality platform. It also allows sharing what you see in the VR headset with friends and family, meaning they can join in the fun. Oculus Quest 2 allows casting to cast-enabled TVs or a Chromecast.

To connect Oculus Quest 2 to your TV, follow these steps. 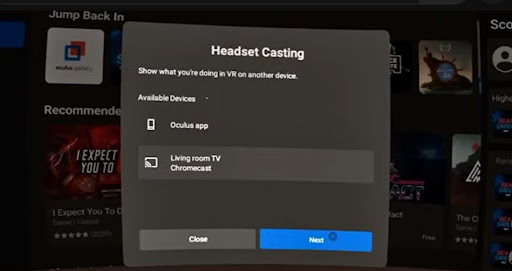 Keep reading to learn more about how to enjoy Oculus 2 on other devices, including your phone.

Related: Top 5 Most Exciting VR Games We Bet You Haven’t Heard Of

How Do I Screen My Oculus Quest 2 to My TV?

Screening or casting your Oculus image on your TV allows the virtual experience to be social so that you can enjoy your VR view with friends.

The following steps show how you can connect your Oculus Quest 2 to your TV.

Can You Connect Oculus Quest 2 to TV Without Chromecast?

It’s possible to connect the Oculus Quest 2 headset to the TV without Chromecast. There are two ways to do so. You can connect wirelessly or through a wired connection.

Connecting through the wireless method only applies to TVs with a cast feature. If your TV hardware doesn’t support casting, you’ll have to get the Chromecast to connect the Oculus Quest 2 successfully.

To Connect Through a Wired Connection

You’ll need a laptop or PC to connect to your TV. You’ll use an HDMI cable for this method. After making this connection, you can cast your Oculus Quest 2 onto your laptop, and the image will appear on your TV.

Alternatively, you can connect the Oculus Quest 2 to a PC using a USB-C to USB-C cable and then connect the PC to a TV using an HDMI cable.

Both methods require a PC to link the Oculus Quest 2 and your TV.

How to Cast Oculus Quest 2 to TV With Chromecast

For a TV that isn’t smart or doesn’t support cast, the Google Chromecast comes in handy. Chromecast allows for connectivity between the Oculus Quest 2 headset and the TV.

Here is how you can cast Oculus Quest 2 to TV with Chromecast:

1. Connect the Chromecast to the TV through the HDMI port 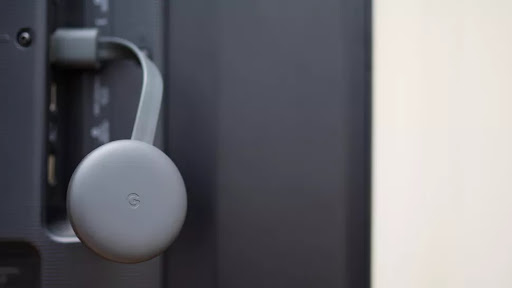 2. Set up your Google account as it is necessary for the Chromecast to work. 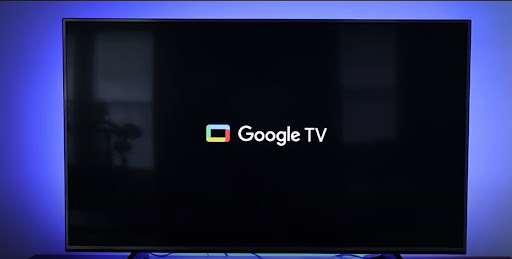 3. Press the Oculus “O” button on the controller.

4. In the main menu that shows, select “Sharing.” 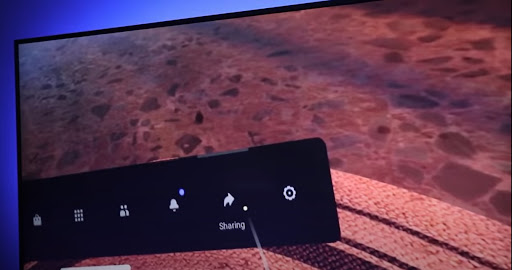 5. Click on the “Cast” tab in the window that shows.

6. In the pop-up window that appears, select “Chromecast.”

7. Click “Next” to begin casting your VR image or video on your TV

8. The headset image now casts on your TV. 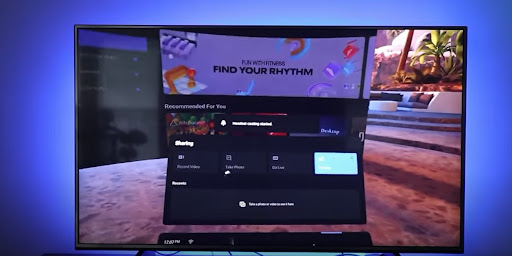 How to Connect Oculus Quest 2 to TV With Cable

Connecting the Oculus Quest 2 to your TV requires a laptop or PC to link the two devices. You’ll also need a USB-C to USB-C cable to transfer Oculus data from the headset to the PC.

Here is how to connect an Oculus Quest 2 to a TV using a cable.

1. Download the Oculus PC application from Occulus.com and set it up.

2. Plug one end of the USB-C link cable into your PC. 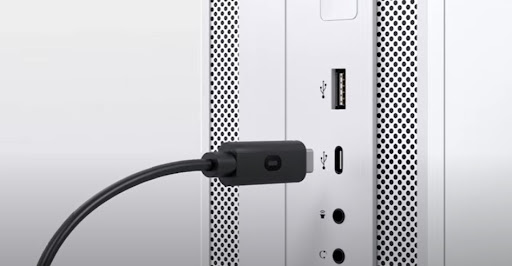 3. Plug the other end of the link cable into your Oculus headset.

4. Put on your headset to complete the connection to your PC. In the pop-up window, select “Enable” to enable the Oculus link. 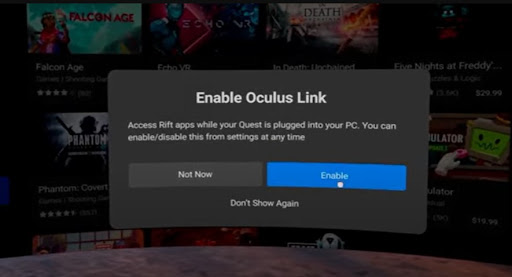 5. When the link is launched, you’ll see a new interface known as Oculus dash, and the headset image is displayed on the computer screen.

6. To transfer the PC screen to the TV, use an HDMI to HDMI cable by connecting the PC to the TV.

How Do I Connect Oculus 2 to TV With HDMI?

To connect the Oculus Quest 2 to a TV using an HDMI cable, you need to use a laptop computer as an intermediary between the Oculus VR headset and the TV.

Here is how to transfer the PC screen containing the View from the VR headset to your TV. You’ll also need an HDMI to HDMI cable.

1. Connect one end of the cable to an HDMI cable at the back of the TV 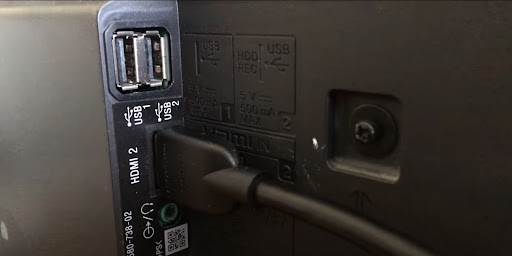 2. Connect the other end of the cable to the PC or laptop. 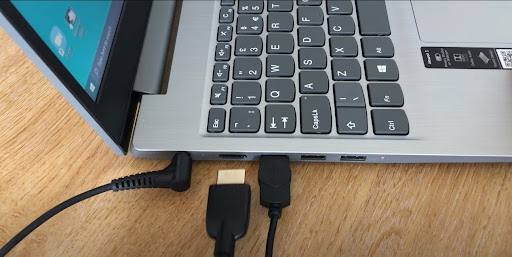 3. The image from the headset is now visible on the TV screen.

How to Cast Oculus Quest 2 to Samsung TV

Samsung TV uses the Airplay cast tool to cast images on its screen. It, therefore, means that you’ll need to use Chromecast as your casting tool.

Here is a step-by-step guide on how to cast Oculus Quest 2 to Samsung TV:

The other option is casting the Oculus Quest 2 to your phone and then mirroring it to your TV using the airplay cast feature.

How to Cast Oculus Quest 2 to LG TV

To cast Oculus Quest 2 to LG TV, follow these steps:

How to Cast Oculus Quest 2 to Phone

Follow these steps to connect the Oculus Quest 2 to your phone.

1. Connect your Mobile phone and the Oculus Quest 2 to the same WiFi network. 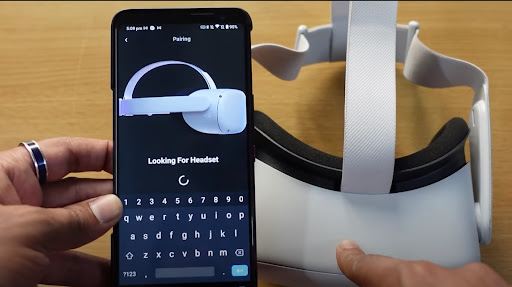 2. Download the Oculus application on your phone. The app is available on both iOS and Android platforms. After downloading, open the app. 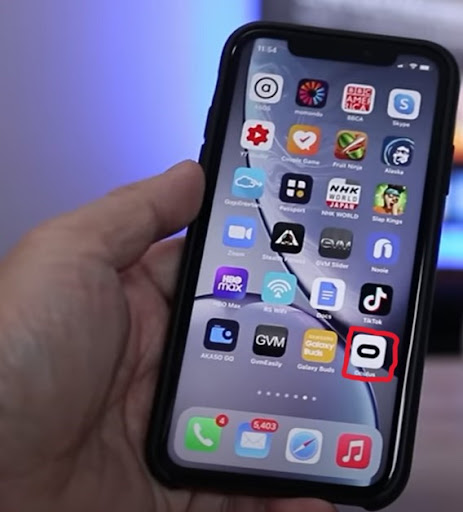 3. On the top right of the screen, next to the bell notification icon, tap on the casting icon.

4. In the pop window that shows, tap on the down arrow 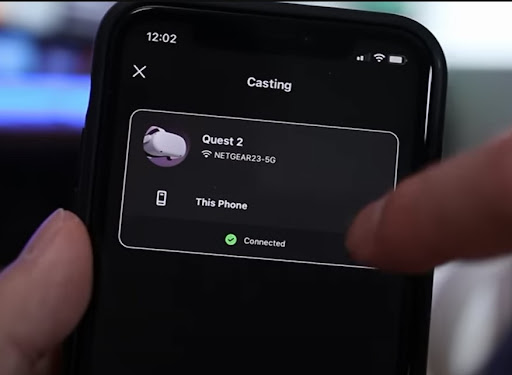 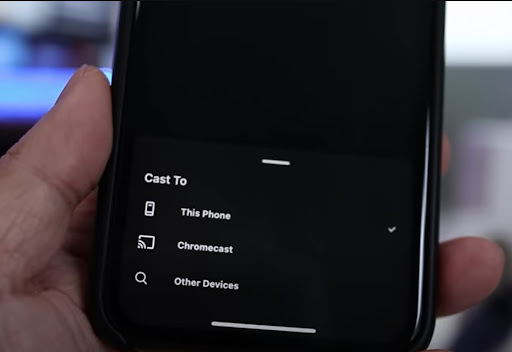 6. Tap on start to begin casting Oculus gameplay to your phone within a few seconds.

The virtual reality field can be a lonesome affair, but with Oculus casting feature, this is no longer the case. You can invite friends and family to join in the fun as they watch you tackle the virtual reality world with some cool games available for play.

How Much Does a Generac Generator Cost? Whole House & Back Up