Drones will be fast sellers in the adult toy market for 2018, and one exciting new drone is the DJI Spreading Wings S1000. But this drone is different than your average tricopter or quadcopter—it’s an octocopter. This means that it has eight arms, and not three or four.

While quads run better than tricopters due to their one extra arm for thrusting power, it will be exciting to give the Spreading Wings a try out in the wilderness to see how well it performs with eight arms.

Many buyers of drones are looking for extra special features. A longer running battery time is important, as well as how simple it is to fly, and whether it has a variety of auto and manual controls based on your pilot skills. Many photographers and videographers also are seeking a drone that can have a gimbal frame attached, and a GoPro camera or better.

An affordable price is also important for the professional. There may be some fantastic drones with camera for over $8000 or $9000, but that places them out of reach of most small businesses. Drones that include the entire kit for under $5000 are a more attractive price.

The DJI S1000 price is probably going to appeal to the small business owner, but many drone enthusiasts may also wish to add this one to their collection after reading the DJI S1000 review.

Besides the distinctive eight legs of this drone, there are some other great features. If you’re wondering why it’s called the Spreading Wings, it’s because, it can actually spread its wings to provide more thrust. Each of the blades is a dark grey color.

The drone is made from a tough black carbon fiber material with red highlights. The camera mount hangs directly below the body, with the camera attached. 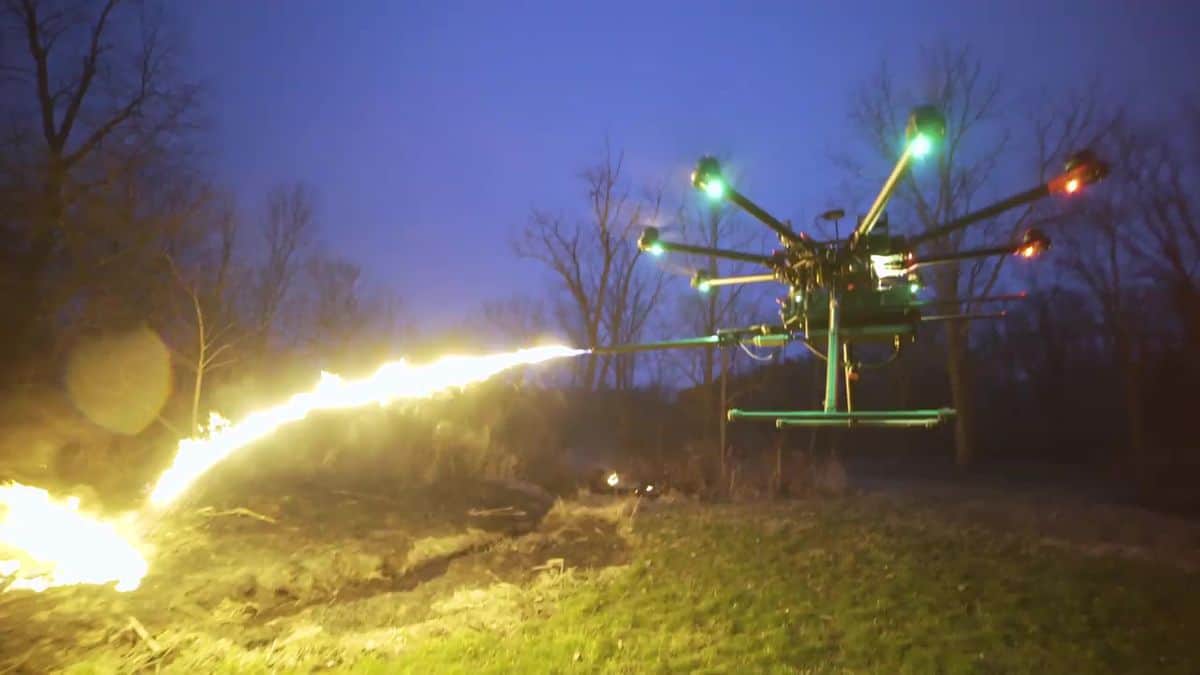 These eight wings, or arms, of the octocopter can actually be folded down while on the ground. This protects the drone during transport in a carrying case or even a backpack. The arms can be moved back up to a horizontal position when you are ready to fly the DJI Spreading Wings S1000.

When the arms are perched on the ground, they’re in a vertical position around the camera. There are also two T-shaped landing legs that the drone sits on when its on the ground. The eight wings never touch the ground as they’re shorter than the landing legs.

If you’re taking your DJI S1000 Octocopter out to a mountain range or forest, it takes only five minutes to get it set up. You can take it to where you need it, without having to worry about screwing in rotors or landing gears.

This drone is marketed as being able to carry a heavier load than other drones, but still being extremely stable due to an eight motor propulsion system. These are optimum conditions for a drone that the pilot wishes to use for filmmaking or photography. If you’re marketing these sorts of services you’ll want to ensure that you purchase a great drone that takes professional quality photographs and video.

The DJI Spreading Wings S1000 can handle one of the heavier DSLR cameras on the market today. One camera that’s recommended is the 5D Mark III, but you can choose any that will install onto the gimbal. 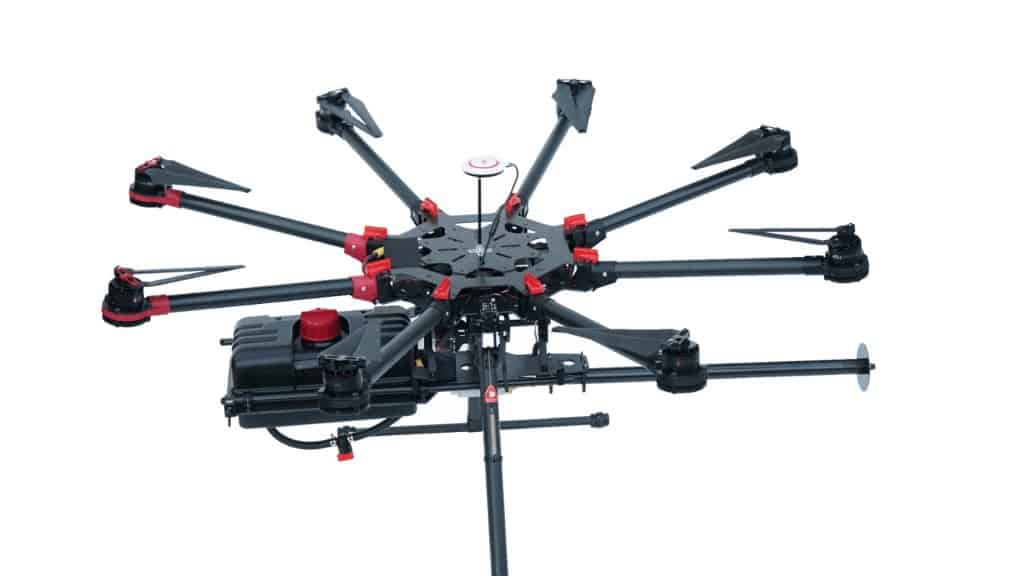 The gimbal bracket will help your film footage to remain stable by avoiding high frequency vibrations. This will make your snapshots and video footage crisp and clear.

The DJI Spreading Wings S1000 has a removable upper center board. This is round in shape. This will give you access to the IMU—Inertia Measurement Unit. The drone also has eight different spots where you can insert additional equipment including: main controller, iOSD, Lightbridge, and other accessories.

This drone is also compatible with the DJI WooKong-M and A2 flight controllers, so you can choose which one you want.

This S1000 takes advantage of a new power distribution system developed by DJI. This system has been rebuilt after other DJI drones such as the Phantom series. They have gold plated the metal bearings, which provides better safety and reliability. They also have a unique screw design that secures the power cords. This is important, as you don’t want power cords to come loose while in transit, particularly on accessories. It also enables for an easier installation.

The DJI also uses spark proof plugs to connect the power supply. These aid in preventing short circuits. The motor uses a single wire static design to be more stable and reliable.

This drone weighs eleven kilograms, not including extra equipment. One full charge will give you fifteen minutes of flight time.

The DJI Spreading Wings S1000 can vary in price depending on accessories added, but the basic octocopter will cost around $1200. If you’re looking for a complete kit such a drone, radio controller, Zenmuse gimbal, camera, and accessories, you can complete your set up for around $5000.

For people who are looking for the experience of flying, it may be a premium DJI S1000 price, but with the additional accessories, it will be more within the reach of the professional videographer or photographer.

DJI has always had exciting new drones in their Phantom series, and after the Phantom 3 many were puzzled as to how they could make a quadcopter even better. Well, the answer is here: they’ve moved beyond the quad to a fully functional octocopter.

It’ll be interesting to see over the next several months if DJI’s competition releases their own versions of the octocopter. Until then, everyone is eagerly waiting to hear the DJI S1000 reviews.

Arlo Pro2 vs Arlo Q Plus vs Canary Flex – Which One To Buy?