Can Google ChromeBook Be A Next Work At Home Laptop? 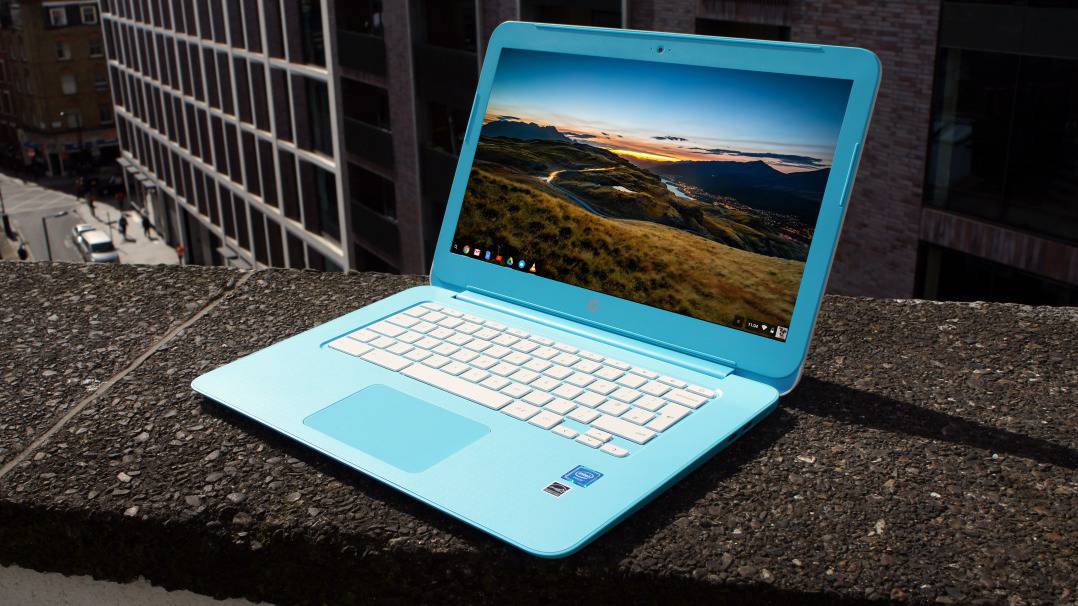 I am always very interested in ultraportable devices for the veritable "road warrior" power user - someone who is ubiquitously connected, who works across computer, phone and tablet and who always has their working files close to hand no matter where they may physically be standing.

Early netbooks were often lacking, due mostly to their diminutive screen resolution. The Cisco VPN client refused to run without a minimum height of 600 pixels, and that's simply a VPN client! ERP apps had no chance.

I'd previously looked to Motorola Atrix; however, it turned out to be a deflating experience, promising a superphone which docked to become a fully functional laptop or desktop computer, but which only ran select apps full screen and ran with all the speed and enthusiasm of a dead sloth.

Canonical announced the Ubuntu Phone some years ago now, and I'm still waiting to see this materialise as something I can hold and buy.

Giving up on mobile phone-as-computer options, for now, I have looked into Samsung's Google Chromebook. Its first version came out in June 2011, and while other models have more power Google's own Chromebook Pixel boasts a magnificent 2560x1700 resolution, albeit with a price over three times that of the Samsung model. 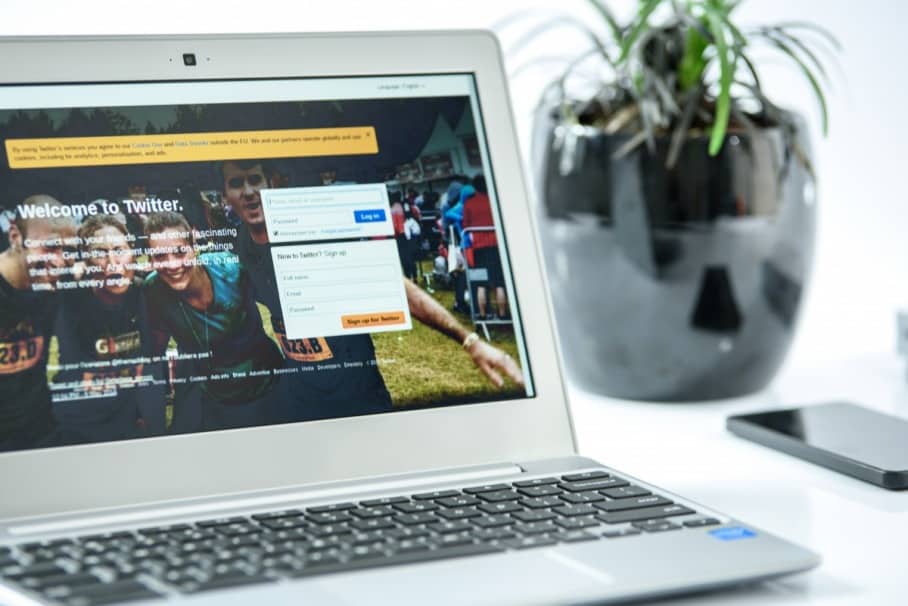 Nevertheless, ChromeOS has developed in that time, with user interface revamps and hardware-acceleration enhancements, even introducing a taskbar.

For those who aren't familiar with the Chromebook, it is the practical manifestation of Google's vision of an online society where the primary interface is a web browser (Google Chrome, naturally), and all your necessary applications - e-mail, word processing, photo management, file storage and the like - are handled via web apps. In the Google ecosystem, these are serviced by Gmail, Google Apps and Google Drive, among others.

The strength of this platform is its simplicity, as far as the device goes. Your Chromebook has only minimal local storage requirements and is not susceptible to viruses or fatal data loss. If the Chromebook suffers any software issues it can be easily reset back to the factory image with the user simply logging in again and resuming work; with all data stored online, the only way to actually sustain loss is if Google itself shuts down.

Pressing the power button for the first time leads (swiftly) to a welcome page, specifying a language, keyboard layout and network options, then next provides the EULA, before prompting to log in with a Google account. Here's the first catch for enterprises; you need a Google account to work with the Chromebook, but given just what ChromeOS is, this only makes sense.

After logging in, the user is presented with a free tour and some free offers. Don't skip the free offers; here you can take up the offer of bonus Google Drive storage and various other free trials of Google services.

From this point, ChromeOS leaves you to your own adventures. Obvious things to do include checking Gmail, using the Chrome web browser, and browsing YouTube. Yet, the Chromebook is no simple "Facebook machine".

For business users, it offers these features: 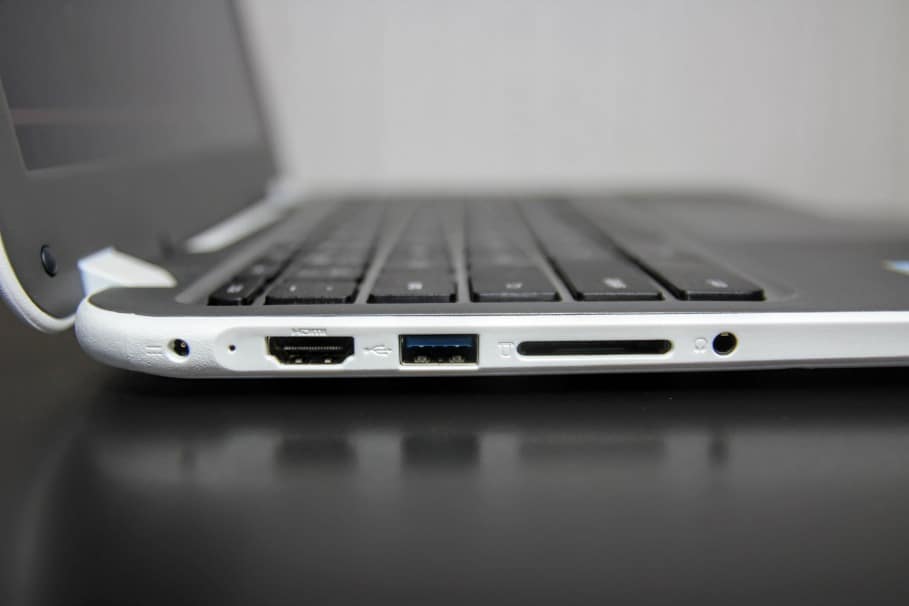 Well, this is a no-brainer but set up a shortcut to your corporate webmail, and you may well believe you're running in Microsoft Outlook anyway. To help with the experience, the Chrome web store includes free extensions which are easily installed, including auto-login to Outlook Web App ("OWA Auto Logon"), and another to provide a desktop notification when you have new e-mail ("OWA notifier").

This is not as straightforward, but Google offers its Cloud Print service to help any application on any device print to any printer; the magic works by installing a proxy service on your print servers to expose your printers to users.

ChromeOS provides a remote assistance app for troubleshooting, but it goes the other way to what you might expect. This app allows you - the Chromebook user - to provide assistance to someone else, provided that person is not a Chromebook user.

The problem here is the Chrome remote desktop app does not actually support logging in to Chromebooks.

Fortunately, the Chrome web store again helps out, with a variety of RDP apps available, some free and some paid. One app, Spark View, promises that Citrix Receiver-like functionality is coming, though at this time it appears there is no Citrix option for the Chromebook.

I was quickly able to RDP into my company's Microsoft terminal server using 2X Client. What I missed, however, was finding an app which provided a tabbed environment, permitting multiple simultaneous terminal server connections, as a server admin would want.

Other connectivity options exist on the Chrome web store, covering SSH, VNC and other protocols. 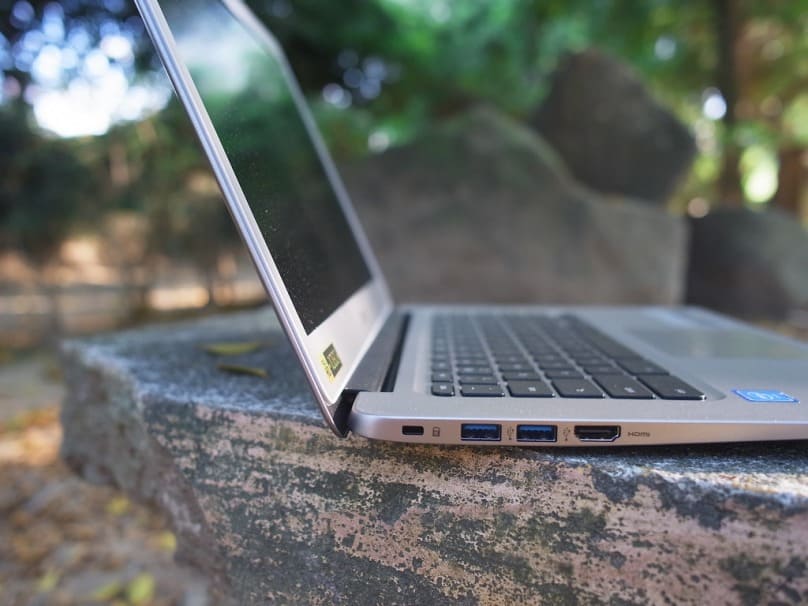 ChromeOS provides VPN facilities; log in, click Settings, add a new network connection, and specify "Add private network." Follow the steps, and all should be well. The Chromebook didn't let me down here.

The Chrome answer to Skype is Google+ Hangouts. On the one hand, this is a good option, permitting up to nine people to video conference together at no charge in contrast to Skype's paid requirement. Yet, on the other hand, you now need your recipients to be Google+ users.

ChromeOS doesn't provide you with a shell, at least not anything like BASH. Pressing CTRL-Alt-T opens the ChromeOS shell, named crosh, which provides a limited set of commands like ping, ssh, top and some debugging options.

It's possible to turn on developer mode, and this gives access to a more interesting developer console: press ESC, F3 (refresh) and power at the same time; press CTRL+D, then press enter. Press CTRL+D when you receive a message warning you OS verification is off. Wait for your device to convert then press CTRL+D again.

Reboot and login again; start crosh with CTRL+Alt+T and type in "shell" and press enter. You now have a proper Linux shell! Type "sudo su" to get a root shell. However, turning on developer mode will erase current storage on your Chromebook.

Out of the box, software development options are limited. Unless you have a web-based IDE you use, you're out of luck. Fortunately, turning on the aptly-named developer mode as above gives you many more options.

Start a developer shell, and use sudo su - to get root access, then sudo dev_install. Your Chromebook will download and install a bunch of helpful developer tools, like Python, rsync and others. The packages installed are listed in /etc/portage/make.profile/package.installable. 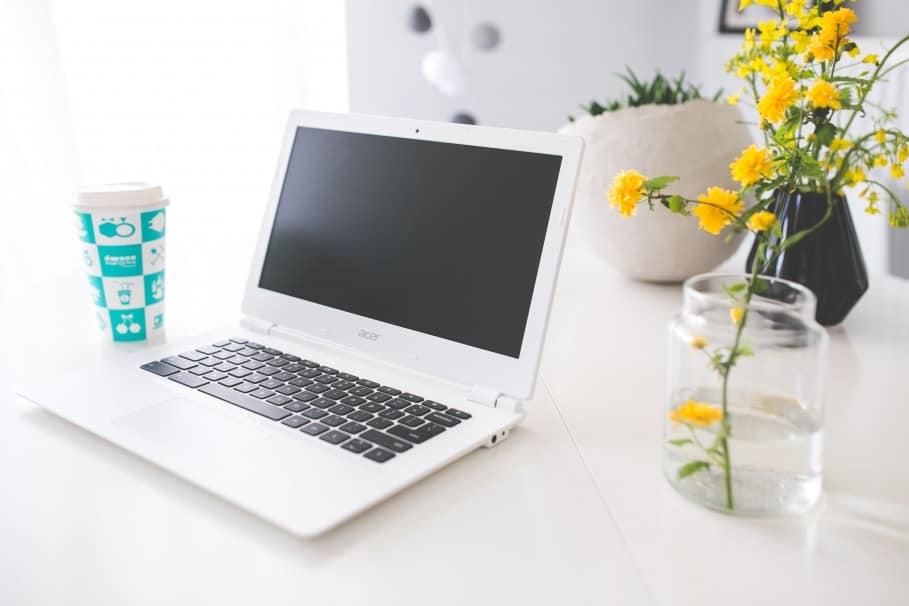 Of course, anything web-based works without issue, like Slack, Jira, Confluence, SalesForce and more.

Ultimately however the Chromebook is an interesting device and perhaps not one yet suited for major corporate deployment unless it so happens your enterprise uses Google accounts and only needs web-based or RDP or SSH access to remote systems.

For casual users, a simple, fast, lean, web-based device makes a lot of sense. For developers or sysadmins, it can also be a versatile tool, particularly with developer mode enabled. One could argue, with advent of google stadia, Chromebook has a strong potential in gaming world as a controlling device. Time will tell!