Blue Snowball vs Blue Yeti – Which One To Buy? 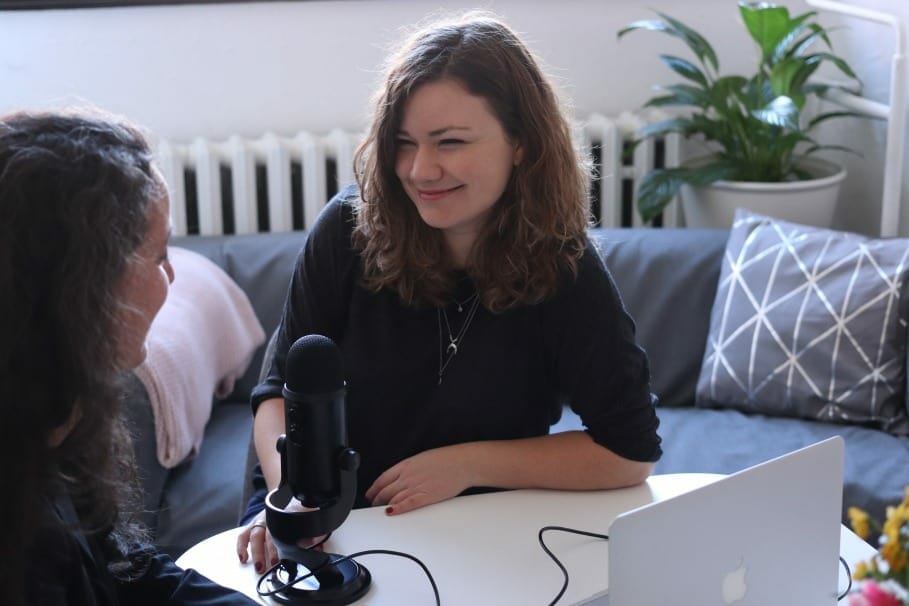 It is not by surprise that the Blue company that specializes in making quality microphones, headphones, and other studio equipment was founded by a musician Skipper Wise and a recording engineer Martins Saulespurens. The two understand well that audio quality is vital, whether you are making your own music or recording a video.

If your music has poor quality audio, nobody is going to buyit, let alone listen to it. Poor audio quality will make you lose the attentionof your listeners, and that is why it is essential to invest in a quality mic.

One brand that stands out when it comes to quality mics isthe Blue Company. Two mics from the company that compete against each other are Blue Snowball and Blue Yeti. Both of them come with impressive features that make them unique in their own way. But the question is, which one is the bestchoice for you?

Let us take an in-depth comparison of the two, including their pros and cons, and announce our winner at the end so that it’s easier for you to decide which one is better for you.
Quick Navigation
Quick Comparison Table & Our Pick!
Similarities Between Blue Snowball And Blue Yeti
Blue Snowball
Price
Design
Features
Pros
Cons
Blue Yeti
Price
Design
Features
Pros
Cons
Differences Between Blue Snowball And Blue Yeti
Verdict 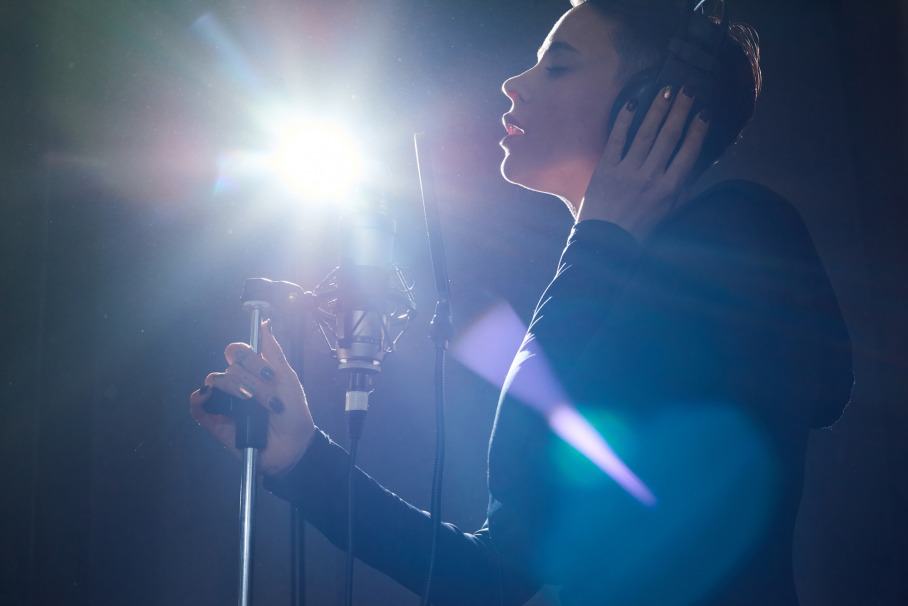 The two mics have a very convenient design as they aredesigned to be set up on your table so that you do not need to bend down, butyou can just sit upright and speak straight to the microphone while recording.They also come with strong stands that enable them to remain stable while youare using them.

Although the two mics may differ in their number of polar patterns that affect the direction from which the mics will pick up the sound,both mics have a feature that enables them to pick only your voice resulting in a clear recording.

One selling point for any product is its easy set up asnobody wants to spend all their precious time reading instructional guides or watching YouTube videos on how to setup. In these aspects, the two mics fromthe Blue brand offer you an easy setup process that you can do by yourself and will only take you a few minutes.

The essence of getting high-quality mics is to get a cleanand quality recording. By using either of the mics, you are sure to get aquality recording that will be entertaining to your fans though the quality may differ in some few fine details.

The mics also have a sturdy body construction, which assures you of its durability and ability to withstand difficulties.

Finally, though the mics have sturdy construction with high-quality materials, they are also highly portable, which makes it easierfor you to carry around and record.

Having seen how similar the two products are, we can now take a look at each one of them in depth. 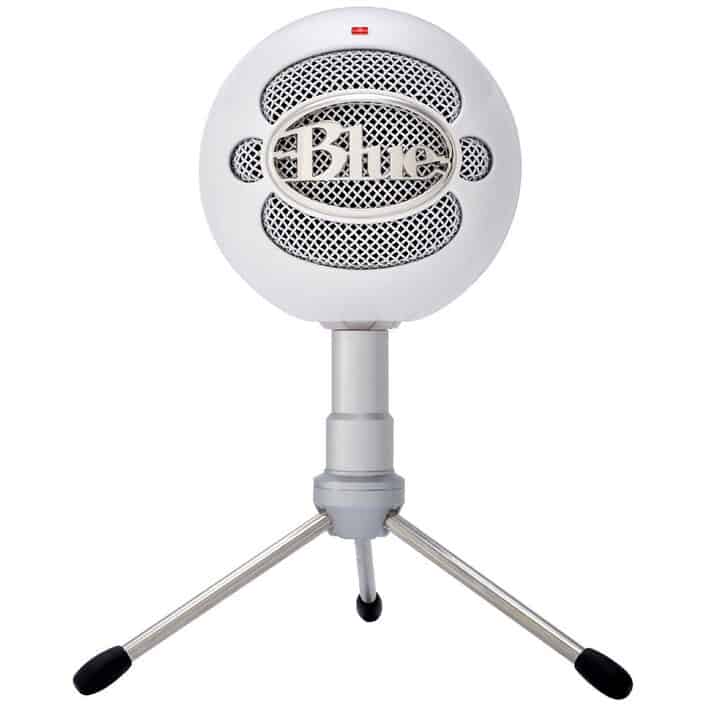 Just like its name suggests, Blue snowball mic has a roundshape, just like a snowball. The microphone has a white metallic finish and ashining black coating on the stand, which makes it beautiful, elegant, andsleek.

If you are one person who talks with gestures, there is apossibility of you knocking the mic down. Now, you do not have to worry about the mic getting damaged as it has a sturdy construction that can with stand afall without getting damaged. It also comes with a tripod stand that helps inensuring its balance.

Additionally, the mic has a minimalist design that makes ithighly portable so that you can comfortably carry it from one point to anotherto do your recording. The minimalist design also makes it easy for you to setit up. It also comes with only one USB port.

However, one design challenge that you will find with theBlue snowball mic is a polar pattern switch that comes with three numbers-1,2and 3 with no explicit explanations on what the numbers stand for. As such, you have to check the manual or make a guess with the numbers until you get exactlywhat the settings stand for.

One selling point for any product is its ease of setup, as itmeans you will save a lot of time going through the manual or watching setupvideos. It also saves you the money that you would have used hiring atechnician to do the setup for you. Thus, Blue Snowball has an easy setup process that you can do by yourself, and it will take you only a few minutes to do so. It also has simple button controls that you learn how to use withinminutes.

Blue Snowball performs well with its round snowball shape,white finishing, and black spots on the stand, which gives it an elegant and sleek design.

When it comes to performance, microphones differ on how wellthey perform because of the polar pattern, which refers to the direction fromwhich a microphone picks up sound. When you know how the polar pattern works, then you can record while avoiding all unnecessary noise, resulting in a clear recording. Blue Snowball mic applies three kinds of polar patterns that are displayed by numbers 1,2, and 3 on the mic. First, you have the cardioidpattern that helps you in recording while in front of the mic, and it is ideal for YouTube videos and podcasts.

Secondly, you have the cardioid pattern that is suitable forrecording loud sounds like musical instruments and the omnidirectional pattern which helps to pick sound from all around the mic, and it is ideal when you have many people speaking on the mic.

If you are looking for a portable recording microphone, BlueSnowball should be your mic of choice. Apart from the minimalist design that enables it to fit comfortably in a bag so that you can easily carry it, the micalso comes with a stand that is not only compact but also lightweight and thushighly portable.

Blue Snowball also features a built-in pop filter that locks out all the other noises, which leaves you with a clear audio recording.

Condenser capsule technology allows mics to capture audio notes accurately while recording. Blue Snowball mic has two condensers thatenable it to capture details in a recording. However, the two condensers capture less detail, which may result in a lower quality audio quality. 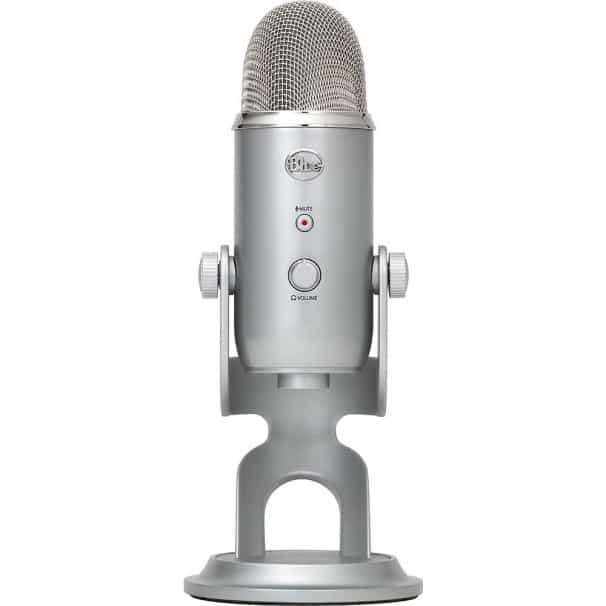 Blue Yeti has an eye-pleasing sleek design. Unlike Snowball,Yeti has a stable round base with no tripod, which reduces the chances of knocking it off.

The boom arm increases the flexibility of the mic and gives you more control as you can tilt the mic towards you when you want to speak andthen tilt it from you when you are done.

You will find the Blue Yeti mic in black and white and caneasily blend with other equipment in the studio.

Blue Yeti mic also comes with polar patterns. Unlike Snowball that offers three polar patterns, Yeti comes with four. These include a cardioid pattern that allows sound recording in front of the mic and the stereo pattern that collects sound from the right and left side, which is the mostideal for recording musical instruments. Also, it has the omnidirectional polarpattern that picks sound from all directions. There is also the bidirectional pattern that allows you to record sound from the front and back of the mic,which is a suitable pattern when having a conversation between two people.

The whole essence of getting a quality microphone is to get ahigh-quality recording. In that aspect, Blue Yeti does not disappoint as it offers you natural, high quality, and clear recordings, which make it ideal forrecording YouTube videos, podcasts, and so on.

Yeti allows you to enjoy more precision while recording withthe headphone amplifier, which will enable you to adjust the volume of yourheadphones using your mic.

Condenser capsule technology allows more accuracy whilerecording. Unlike Blue Snowball that comes with two condensers, Blue Yeti comes with three condensers, which enable you to capture more sound while recording and also getting more details of the recording.

When it comes to setting up the Blue Yeti microphone, the experience can never be easier. It is a “do it yourself” process that won’t take you long to finish. Additionally, the mic comes with simple controls thatwill take you only a short time to learn.

It is compatible with Windows 10, Windows 8, Windows Vista,Windows XP, and Mac OS.

Unlike Snowball, Blue Yeti has a mute button. 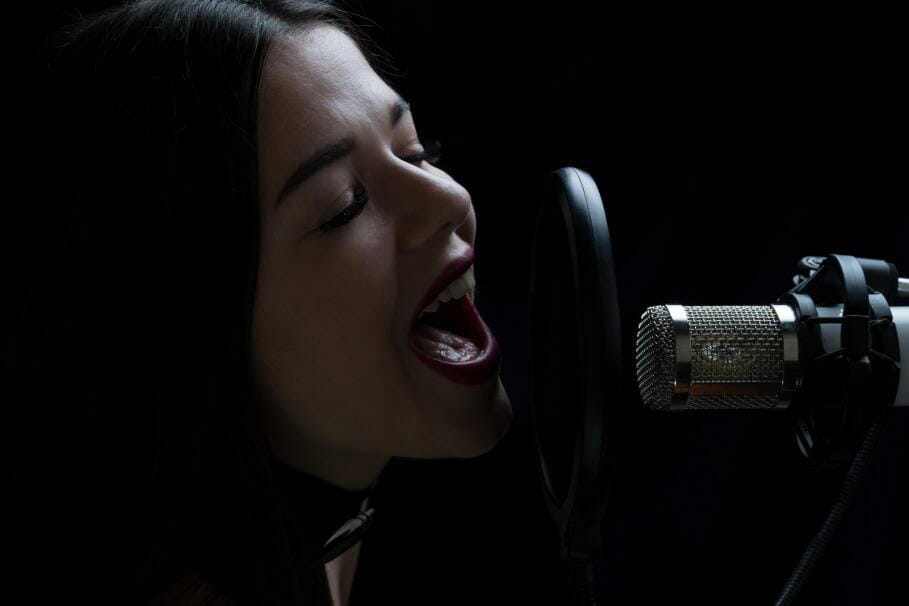 Blue Snowball comes with two condensers while Blue Yeti comes with three, which makes it able to collect more details while recording.

Unlike Blue Snowball, Blue Yeti has a mute button on themicrophone.

Blue Yeti also comes with a headphone amplifier that allows you to adjust the volume of your headphones using the mic, unlike the Snowball.

Blue Yeti wins over Blue Snowball in several aspects. First, Blue Yeti offers four polar patterns that give you more options of how you can record, unlike Blue Snowball, which offers three polar patterns. Also, Yeti features three condensers, which lead to more clarity in recording thanSnowball that has two condensers. Additionally, Yeti comes with a headphones amplifier and mute button on the mic, all of which are not there in the BlueSnowball. Blue Yeti also offers a more natural, quality, and clear sound ascompared to the Snowball.

Note that Blue Yeti is almost twice the price of the Snowball though you get more advanced features with the high cost. As such, you can decide to save and go for the Snowball and still get a quality recording.

Does the Blue mic have a warranty?

Yes, the company provides a warranty of two years. You are supposed to return the product when you encounter manufacturing defects on the mic. The serial number should be visible and you must have acquired the mic from an authorized dealer by Blue.

Is the Blue Yeti worth the purchase?

Yes, the Blue Yeti has updated features to produce more clear, natural, and high-quality sound. However, the cost is high compared to the Snowball. Therefore, if you are on a budget, you can still acquire the Snowball and get a quality recording.

Is the blue mic good for singing?

Blue is an established brand in the production industry and the mic comes with high standards to support your vocals. It performs impressively when recording, singing, and doing your podcasts.

Why is my Blue mic suddenly sounding bad?

Possible reasons for the bad sound include the proximity of the mouth to the mic and having the wrong settings for your purpose. You can work on the two concerns, by using the correct settings and moving your mouth a distance from the mic.