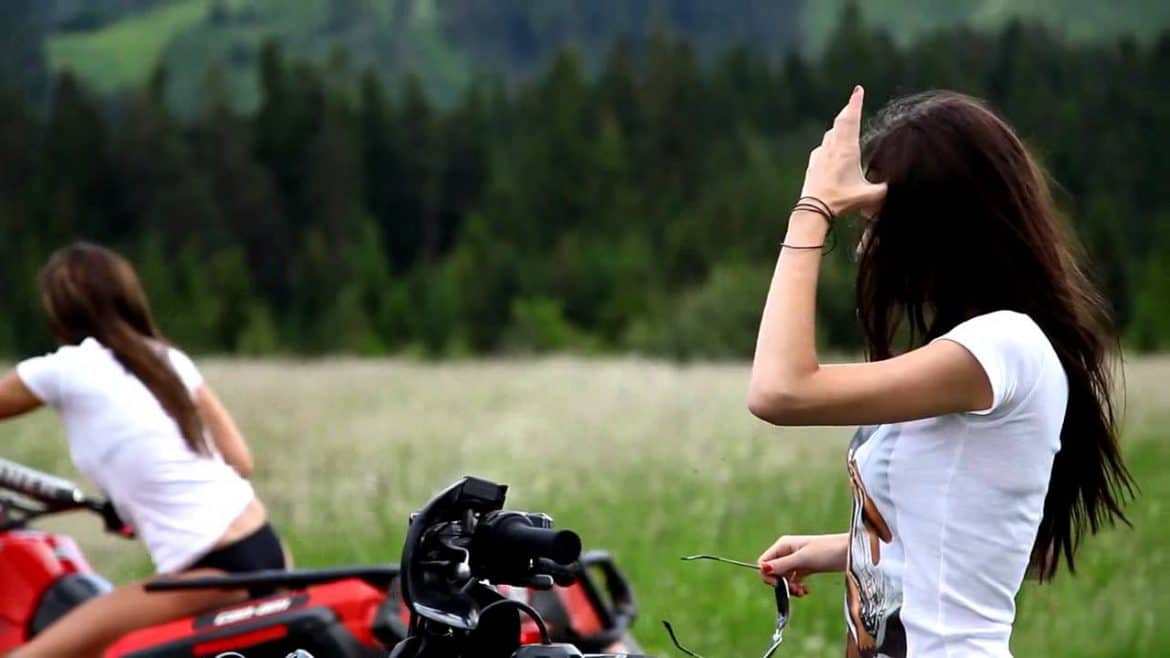 Many years ago a Japanese farmer stood looking out over his rough terrain and cursed that his tractor had yet again failed in the task that he was attempting to undertake, if only there was a vehicle that could travel over the steep hills and pull excess weights he thought.

Spring forward to the early 1960`s and early 70`s and hey guess what? there is finally a vehicle that can actually do what he needed it to do all those years ago.

Behold the beginnings of the All Terrain Vehicle or as it is known today the ATV or Quad bike was launched onto the market by the Japanese manufacturers Honda, they listened to the farmers and tradesman that needed this type of vehicle and came up with a machine that could travel over rough ground including mud and sand and also pull excessive loads.

The first ATV vehicle was a 3 wheeled version that not only improved the workload but was significantly less expensive to run than a conventional agricultural tractor or truck.

After the initial small success Honda did not stop there, they decided to promote the ATV to other countries around the world and soon realised that there was an untapped market to be had, especially in the USA.

America had nothing like the ATV and embraced it with open arms due to the vast territories that their farming communities controlled and had struggled to maintain effectively.

The first vehicle arrived in the states in 1970 when Honda became the forerunner for ATV`s, having introduced their branded motorcycles to compete with the home based manufacturers via their millions of Honda club members that they had launched a decade before.

You may remember the advertising campaign slogan that said “You meet the nicest people in a Honda” which was trying to get the message across that everybody could and should drive a motorbike and not have to be in a motorcycle gang or a rebel to drive one.

By the end of the 1970`s Honda had proved that they built reliable, state of the art machines that included their ATV models as well as their motorcycles and cars.

This time the marketing campaign would show people how working and recreational riding could be enjoyed using an All Terrain Vehicle, altogether effective and thrilling.

Thirty years ago Honda introduced the US90 version of the ATV, which initially started out as a commercial vehicle, the model soon became popular with everyday riders for leisurely  purposes.

Once the working side of America realised the versatility of these machines there was an enormous clamour throughout the country to own one with farms and ranches being at the front of the queue. 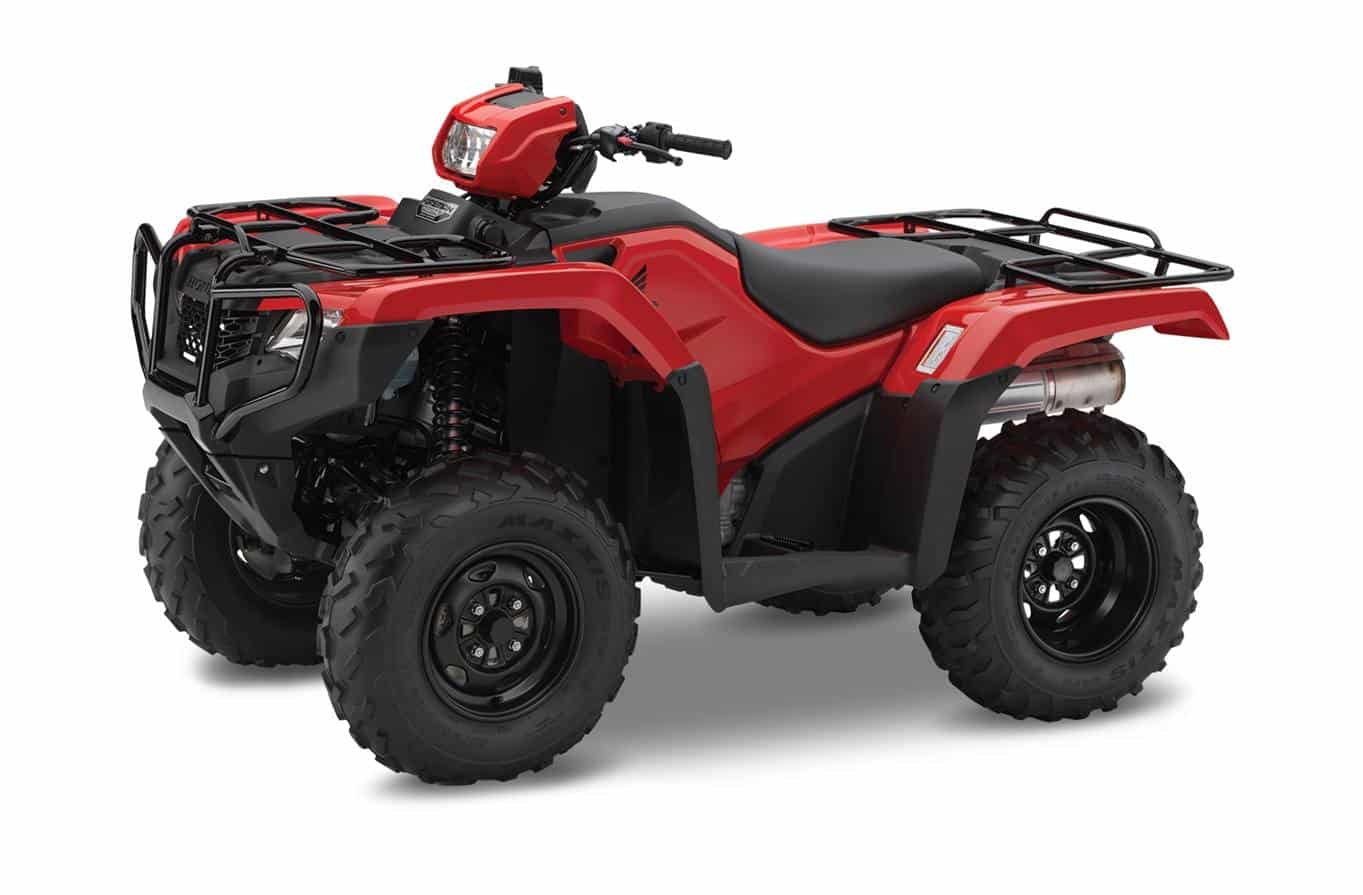 The ATV proved to have several advantages over conventional machinery for the working classes, firstly they were far less expensive than a tractor or a pick-up truck, which became more evident during the gas crunch problem of the early 1970`s, secondly the ATV`s were easier to manoeuvre in tight spots and more stabilised over virtually every uneven surface.

One of the early problems were the tyres, because they were low pressurised they tended to puncture easily on sharp rock or stone, this made it economically annoying as they could not be repaired, although it was a nuisance the vehicle could still do more than any other machine around, for which outweighed the problem.

Whilst the ATV grew in popularity the Japanese engineers didn’t stop their research and development, they had a good thing and they were determined to enhance and improve the current models into bigger and better machines.

Throughout Japanese culture it is always looked upon as productive and a way of life to try and improve and modify certain ideas that help make products and machinery better.

By the 1980`s the ATV had become as important as dirt bikes and motorcycles within the motorcycling community having incorporated them into the racing world, more and more people were buying ATV`s than ever before to compete in off-road trials and races similar to motor-biking events, so much so that by 1985 their popularity had risen from 30% in the 1970`s to a huge 80% in the 1980`s. 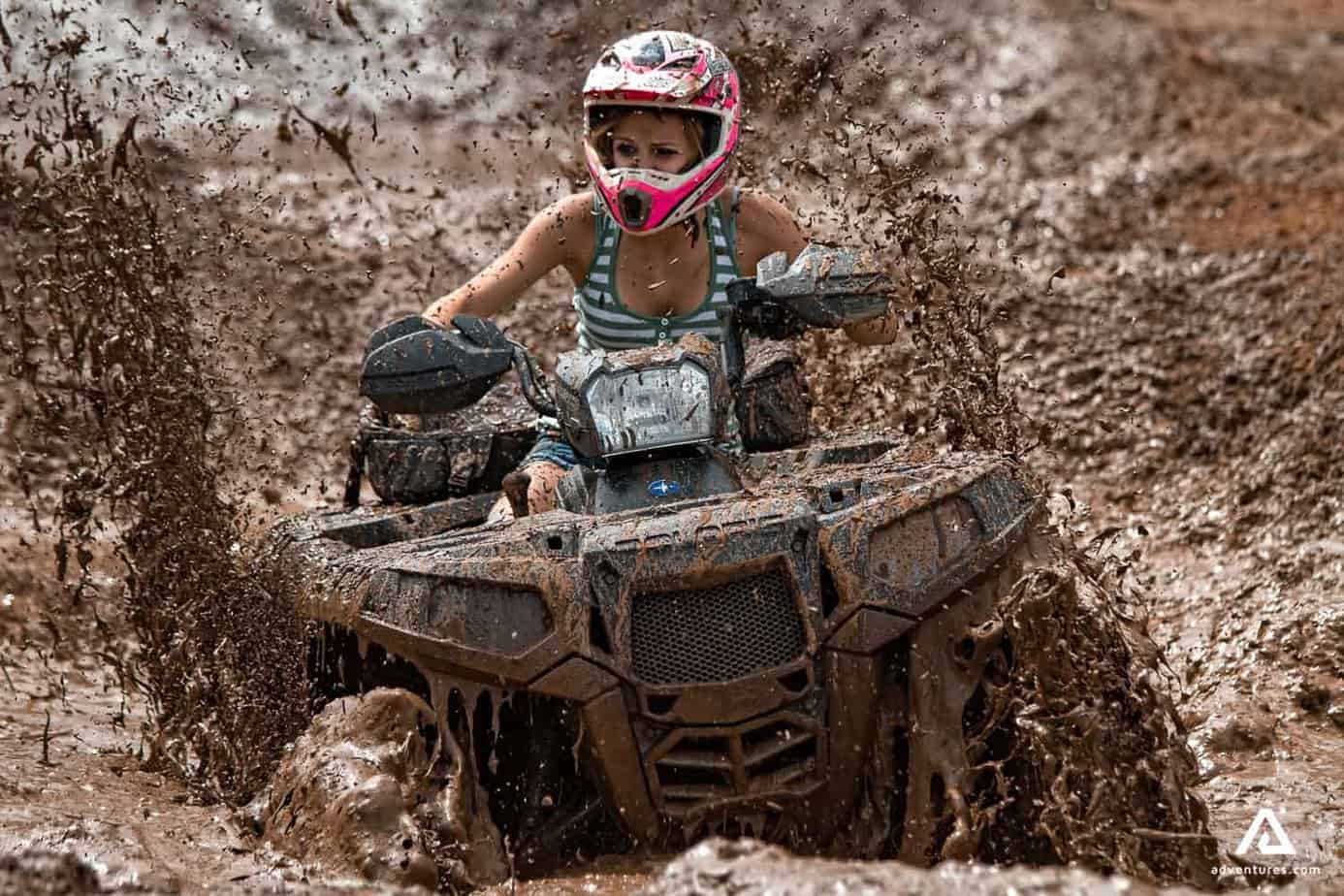 During 1988 Honda added an extra wheel to their ATV models Four Trax 300 and the Four Trax 300 4 x 4 which gave the vehicles more stability and extra power. They also fitted the newer models with a four stroke single cylinder engine which was air cooled and gave it a five speed transmission ,an automatic clutch and a maintenance free drive shift, they even added an extra low gear for hauling heavy objects up to 850lbs.

Todays ATV`s are ingrained in our way of living, especially the farming communities and game keeping reserves, they are deemed as a necessary piece of kit for game keepers and farmers throughout the world.

Some parts of the UK would be impossible to maintain due to the ruggedness of the terrain, can you imagine trying to track a herd of wild deer in the Scottish Highlands without such a vehicle? there could not be a better equipped machine to tackle the task, so much so that they regularly comment to anyone who will listen on how useful and practical it is working with these vehicles in their day to day functioning.

Surely as with most successful ideas there is a darker side, something that lurks in the shadows, possibly a shaded past.

Well the answer to that question is yes there were aspects at the beginning that raised eyebrows over the early ATV`s, the question being the balance and the flipping problem that seemed to follow the machines everywhere and created bad publicity.

When travelling over steep sometimes uneven surfaces the early models would sometimes turn itself over by back flipping onto the rider, thus trapping them beneath the machine. Some examples of this involved two well known celebrities who were caught in such accidents, firstly the musician Ozzy Osborne and secondly the late comic actor Rik Mayall who both encountered the dreaded backflip whilst driving.

Todays models have combatted this problem by making the front heavier, which increases the stability and stops flipping, unfortunately flipping would still happen if you went up a very steep incline, this has nothing to do with the machine but is gravity lead, most vehicles albeit a car or motorbike would suffer the same fate. 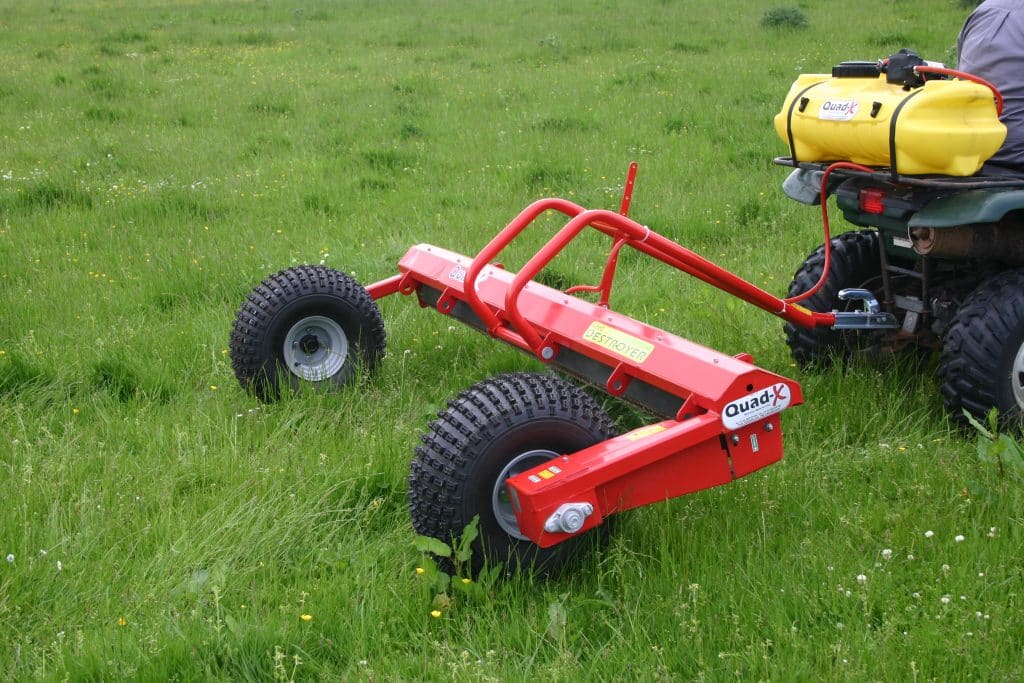 ​Countries around the world have now adopted the ATV into their everyday functions, including paramedics, mountain rescue, farming, game keeping, policing, nature reserves, and zoo`s as well as the sporting elements,

when something as good as the ATV comes along, everybody benefits whether you are a rescuer or a racer the advantages are plain to see.

Because of the clamour for clean energy in vehicles the ATV has not stood still in the development of future electric models, some of the latest machines are supplied with Bluetooth technology and remote controls alongside electric motors and batteries, which are available in both manual and automatic varieties.

Like most electric vehicles the electric option has fewer working parts with no spark plugs, fuel tanks, radiators or filters that need to be replaced, bearings and belts are recognised as being some of the working parts incorporated in electric motors, companies like Bearingtech can supply such parts either from stock or have them ordered in.

The biggest problem with all electric vehicles, whether it be cars, motorbikes, scootersor bicycles is the issue of the battery life and charging facilities, how long will a charge last, what happens when the battery will not charge? which can be expensive to replace, this is something that the manufacturers are constantly working on and to be fair have improved the functions and engineering to finally put this problem to bed for once and for all, the strides that are being made are considerably higher than in the first instance, when you consider that some vehicles can now travel up to 300 miles on a single charge, with some of the latest models offering self charging show that advances are being made, it is a matter of when and not if these changes will improve the system.

(figures according to a recent survey)

​Looking at the top ten best selling models, it is no surprise to see that five of the ten machines are Japanese built with Suzuki, Yamaha, Kawasaki and the mainstay Honda still striving to maintain the effectiveness and durability that these machines can offer.

For a machine that stared out life as an agricultural piece of machinery, the All Terrain Vehicle has come a long way in its development and acceptance into the working and leisure world, with the way that engineering and technology is progressing the ATV is certainly here to stay and no doubt will keep on improving.

I wonder what the Japanese farmer would have made of it all!