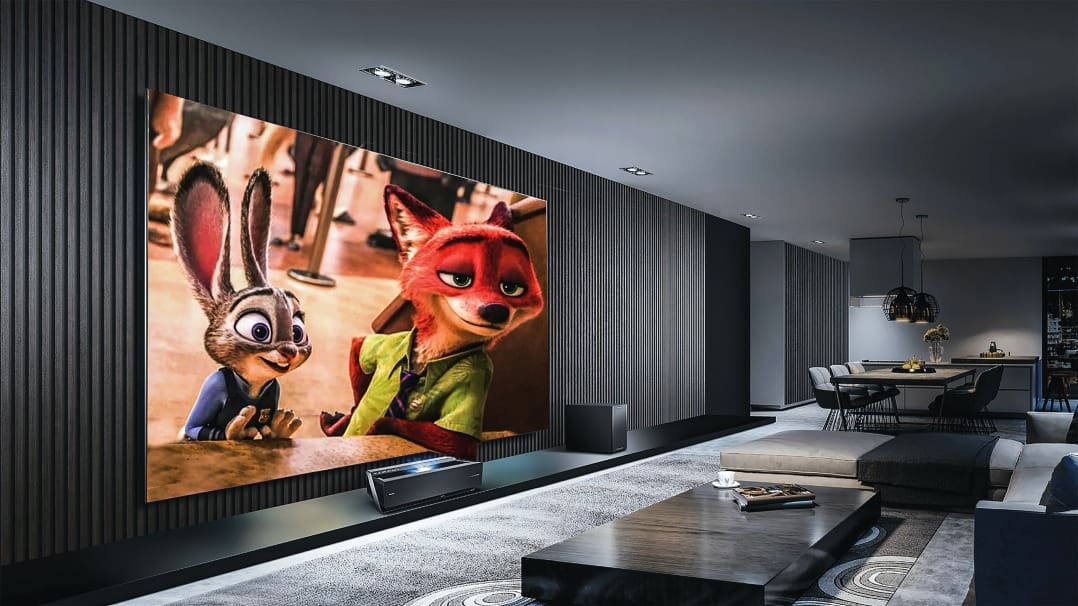 Today, we explain the key differences between an Active vs Passive 3D TV in your home...

Wondering how you can watch 3D at home? If you had no idea that this was possible, you’ll be surprised at how commercialized 3D-watching has been in the past decade. However, the popularity died down and there’s only a handful of brands that still manufacture a 3D TV. Although this has been a sad fate for the 3D TVs, you could still find one (with a lot of effort) and enjoy 3D viewing.

Table of Contents:
What are 3D TVs?
Active and Passive
Which One is Better?
What Should You Get?

In the early 2010s, 3D TVs were manufactured by the biggest TV brands like Panasonic, Sharp, LG, and Samsung. Inspired by the success of 3D cinemas, they started manufacturing 3D TVs that work by using a special type of glasses that give the 3D effect.

Now, how does that work? 3D effects are a product of having the same image shown but shot in different locations in angles. The two images are displayed on one screen and the left and the right eye combine the two perspectives. This ends up looking like a 3D image to our eyes. Take note, though, that when you remove your glasses, you don’t see two images split in one screen. Instead, the two images are interlaced with each other even before they were projected to the screen. This is why you see a blurred image when you remove your glasses at a 3D show.

There are two methods in which 3D is shown. Yes, you guessed it, it’s active and passive. Both follow the same 3D concept, but they offer slightly different images. Here’s the difference between the two.

Active 3D makes use of a set of battery-operated shutter glasses. These glasses open and close alternatively giving each of your eyes a different-angled image. It’s like having one eye open and the other closed at a very fast speed so you see an image from different perspectives. Don’t worry, these shutter glasses are supposed to be fast (at least 60 frames per second) so you can still see the whole image in 3D.

Active 3D was first made by Samsung way back in 2010. Since then, the other famous brands followed suit using active 3D as the method for 3D displays.

On the other hand, passive 3D does not have battery-operated shutter glasses. It still uses a set of glasses, but they’re only polarised. This means that the left lens and right lens are the polarized opposites of each other. This gives the illusion of seeing the same image but from different perspectives. If you look at the actual image, you will notice that there are some lines of pixels missing and that’s because of the polarization.

Which One is Better? 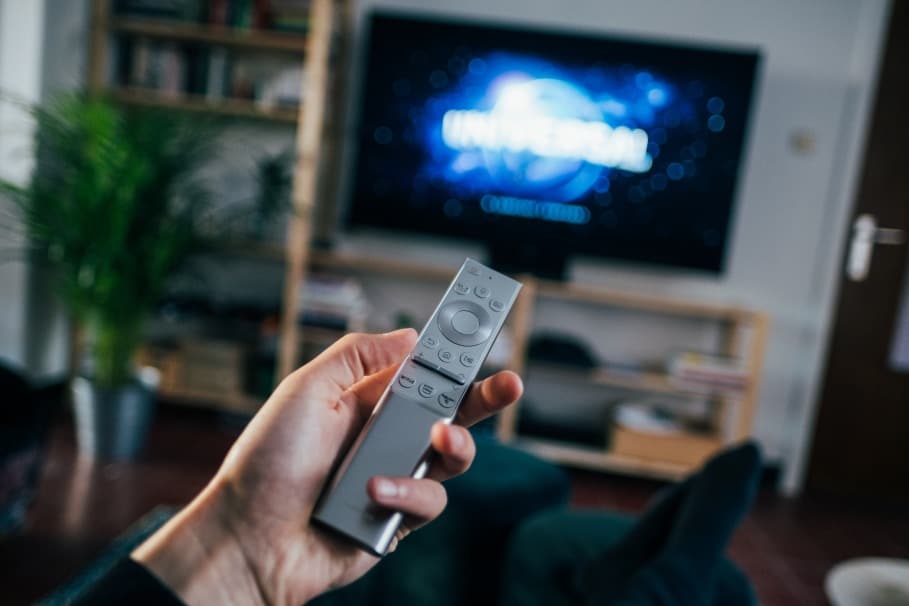 By just looking at how the active and passive 3D methods work, you might be inclined to get the passive 3D; however, both methods have their own pros and cons. Here are a few things to know.

You already know that passive 3D glasses are much cheaper simply because they’re not battery-powered. You don’t have to pay for a relatively more complex set of 3D glasses and you don’t have to buy batteries to use. Those are not the only things that make it cheap, too. Another is the fact that it doesn’t have any wireless connection (Bluetooth) on it. They’re really like the glasses you wear in the cinema.

Active 3D glasses contain batteries and the wires that make it operate. Obviously, when compared to the weight of a pair of passive 3D glasses, the latter will be a lot lighter. This is why when you wear a pair of active 3D glasses, you may feel that it gets uncomfortable after 30 minutes or so. Yes, it’s a bit heavy, but it’s also not that heavy to make your nose drop when it’s on your face. Besides, active glasses have thicker lenses.

Another important factor is the display quality. In general, active 3D glasses are a lot better than passive 3D glasses. Why? It’s because the former displays more pixels on each eye. A resolution of 1080p is divided onto each eye allowing you to see 540 pixels equally. There won’t be missing lines, curves, and edges that you would normally see using passive glasses.

Although it has a better image quality, you might notice that it’s relatively dimmer when you use a pair of active 3D glasses using a plasma screen. The glasses itself may block some light but if you have an LCD TV, then you won’t experience this slight disadvantage. 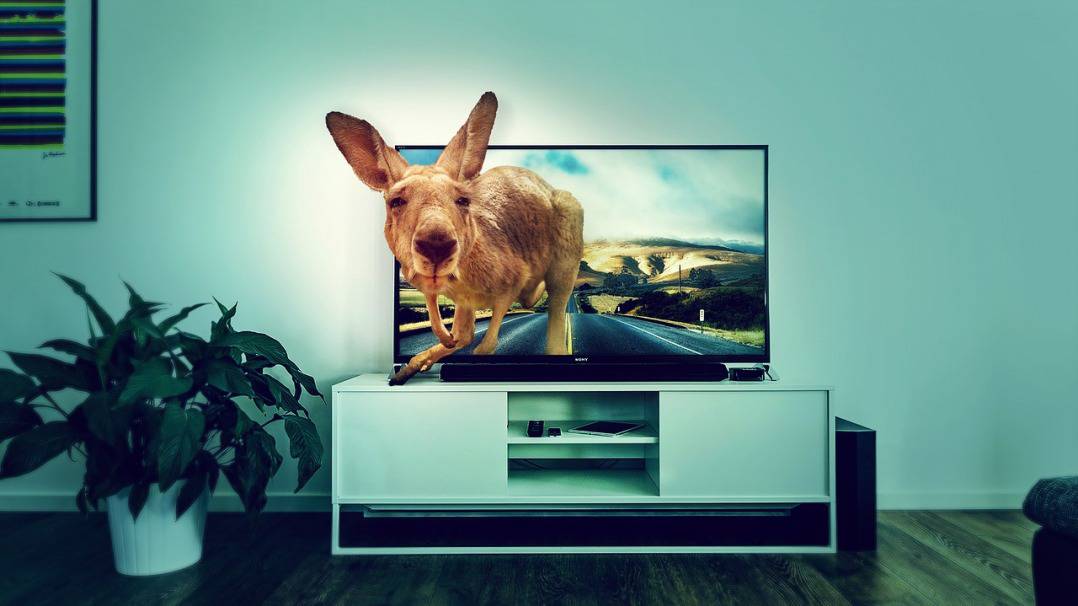 If ever you do find 3D TVs and the glasses that you can pair with them, deciding which pair you should get highly depends on what you’re willing to sacrifice. Yes, in reality, the two methods of glasses have several flaws which make it clear that there aren’t winners in this comparison.

Nonetheless, if you’re willing to pay a lot more and you’re not easily uncomfortable with heavy glasses, then you might find the active 3D glasses more suited for your preferences. Don’t worry, it does offer great image quality save for the low brightness when watching from a projector or plasma TV.

On the other hand, if you are willing to sacrifice quality for the sake of affordable 3D glasses, then passive glasses are better for you. Even if you buy 5 pairs, it won’t cost as much as just one pair of active 3D glasses. If you really just want to try watching in 3D, this will already suffice.

Overall, watching in 3D is a different experience but for you to do that at home, you still have to find the right equipment if it’s still available in the market.

Ultimate Review of the Best Portable Radio in 2023

Headset vs Headphones For Gaming – Which Should I Choose?