7 Games To Help You Learn History Better Than Boring Textbooks 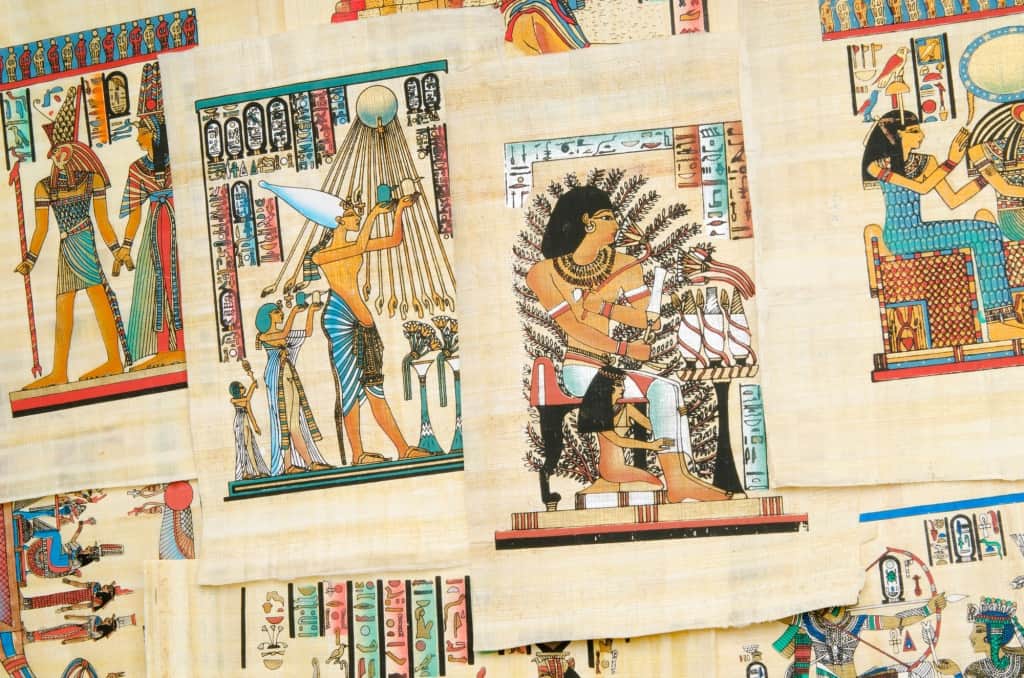 Whoever said that video games couldn't be educational was dead wrong. Now there isn't just a single history video game that students can play, but many of them! From serious, hardcore video games to funny history games, you'll find that there really is something for everyone. You can delve into practically any point in history and learn by playing rather than by reading. It's easier than writing an essay and more fun than taking notes all day long! Which are the best historical video games? We've compiled a list of seven games that are likely to interest scholars of all ages. Pick one and get playing!

This is, without a doubt, the single best-known history game on the market. And why shouldn't it be? It's existed long enough to be historical itself. Originally released way back in 1971, this is something that taught generations of students all about the dangers of traveling down the Oregon Trail. Here, you'll get to traverse the many perils and make the choices that numerous pioneers made before you… only, for them, it was real. As were the consequences of their actions. Remember that when you're dying from dysentery, or you've drowned a family trying to ford a river. 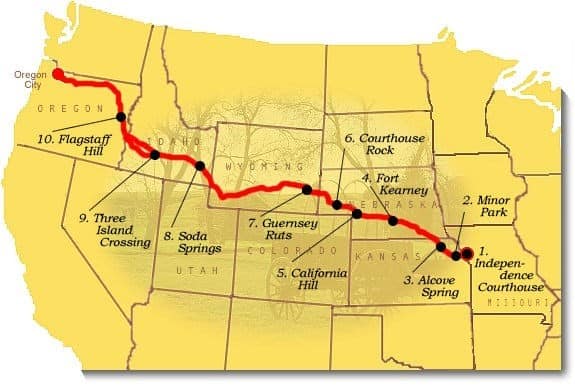 This game is obviously a fairly basic one. Originally intended for machines that ran DOS, the graphics and effects aren't up to the standards of younger generations. However, with adequate explanations, this should be a game that anyone would enjoy playing. It's listed as ten years and higher, but many younger children can handle it, as well. For those just starting American history, it's a must-play! It will amuse and educate any child that plays it.

Has your class (or child) begun to delve into the history of World War II? The topic itself can be confusing, no matter the age. Keeping them interested when presented with dry statistics or asking them to write essays normally doesn't work very well. Instead, why not assign them a video game, instead? Panzer General can transport your children to the front lines, without the danger. Here, they'll learn all about what it took to win the biggest 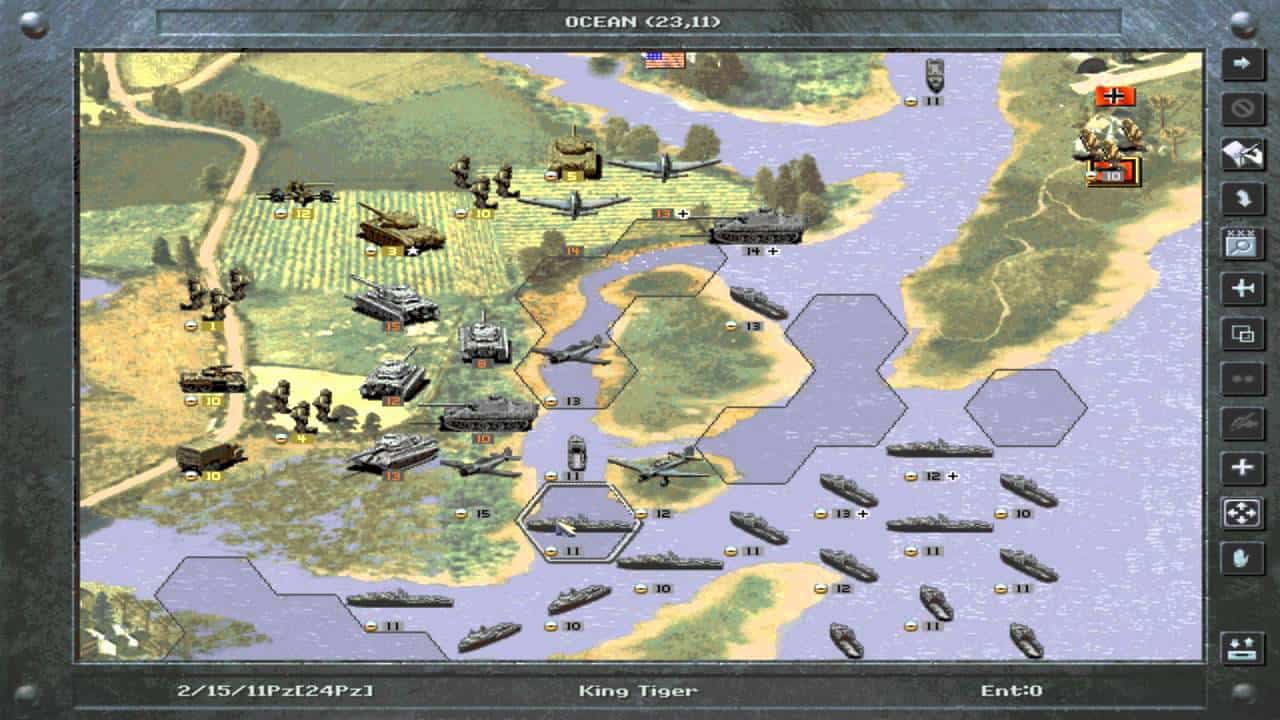 war we've ever seen in the history of the world.

Normally rated E13, teenagers will enjoy the strategy of this wartime game. They'll take the role of a general and will command the troops in mock battles that mirror very real skirmishes. When played in combination with learning about the horrors of war, the dates of battle and what it all meant, it's a great way to draw and hold their interests. You'll find that it's both educational and fun enough to satisfy the best of both worlds:  Teaching and amusing.

Just because it's ancient that doesn't mean that it isn't also amazing. And this game is bloody enough to hold any teenager's attention, no matter what the subject matter is. Rome:  Total War is yet another war simulation game. This one allows you to take command of what was once the most powerful army in the world. Teens will lead them through victories and defeats depending on their skills. It's something no middle school or high school history class should be without. 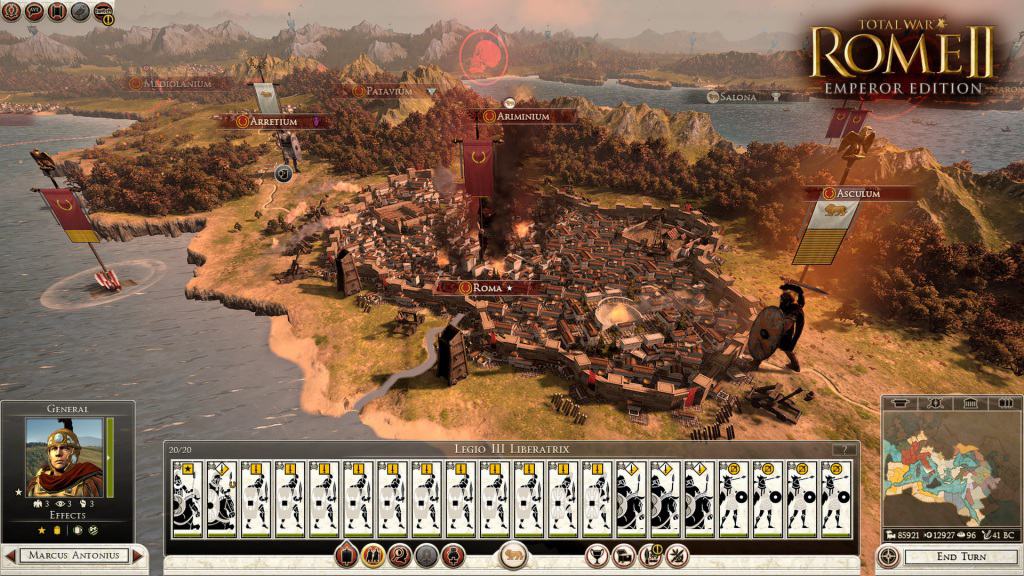 Ideal for students who are learning about ancient history, this game will bring the realities of the Roman Army to life. It won't be just another army to them; they'll see the real ordeals and trials that went along with maintaining what was the most impressive military of the age. It's a good idea to invest in it if only for at home. Your child will likely forget that it's even educational and will simply focus on the fun of it. Meanwhile, it will help boost their knowledge.

Perhaps the best-known war of the ancient world, the Crusades of the Middle Ages are something that has fascinated young people for hundreds and hundreds of years. This will do them a service in a way that essay writing won't (speaking of which, they might need to use a custom essay writing service for students after playing this for so long!). The idea of fighting in the Holy Wars of damsels in distress and other standard Medieval fare is likely something that they've thought of at one point or another. Why not use that fantasy as a way to get them to learn about the real deal? After all, what really happened is even more interesting. 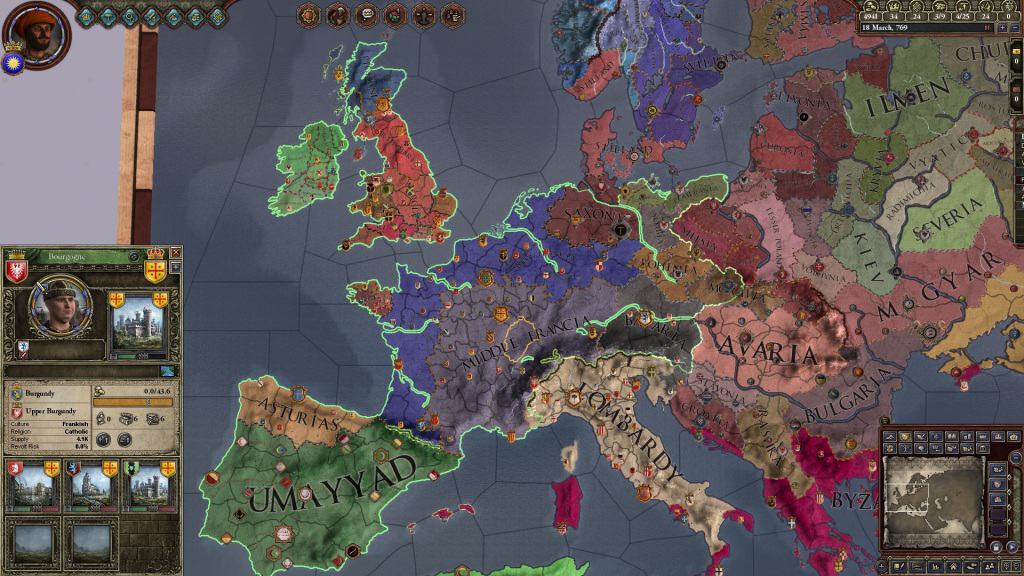 For those who like commanding forces, this is the game that will teach them about the Middle Ages. They'll learn about the fights, victories and losses experienced by Crusaders from Europe. It's a great way to conceptualize the idea.

The Victorian period was one facing immense changes like new technologies, beliefs, movements and even the new British Empire. It was more than a time of big, poofy skirts, Jack the Ripper and foggy London. It altered time forever and still impacts the way we live today. It might be hard for students to really understand such a thing, though. And that's where Victoria 2 comes in. 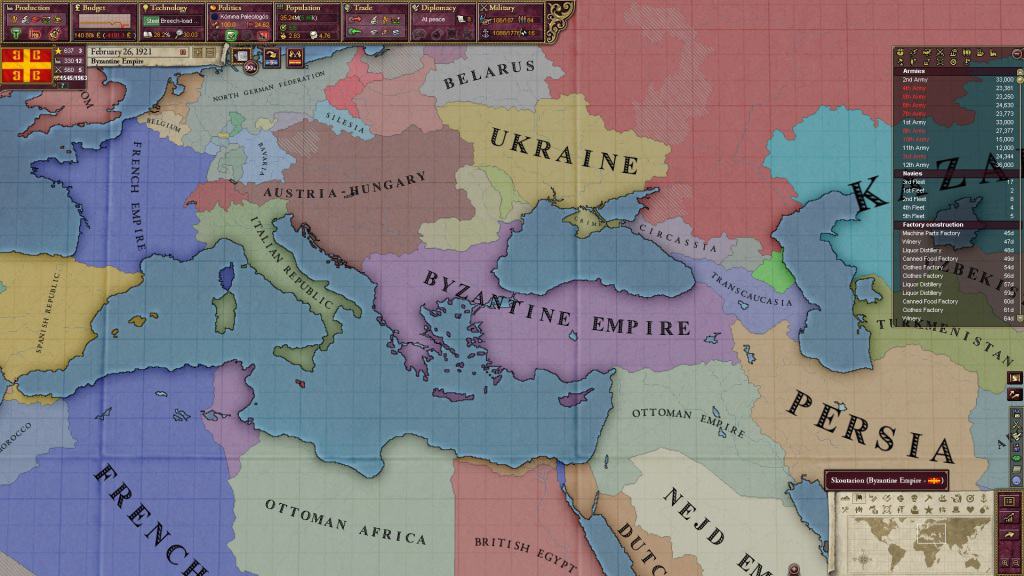 Here, the player can take control over a state in the 19th century. You have complete control of everything about this new “state” of yours:  Politics, economy, diplomacy and everything in between. The goal is to make it as successful as possible. This can be done through traditional ways, such as trade. It can also be done with the help of colonizing, which was a big part of the Victorian age. This is as much a service as it is a game, and your kids won't be able to get enough of it!

6. March of the Eagles

Poor Napoleon. Everyone remembers him as a short war-monger, when he was, in reality, one of the best commanders in the entirety of European history (and, as a matter of fact, was taller than the average man of his time). The Napoleonic Wars were big news in the early 1800s and frightened anyone who wasn’t supporting him. There is a reason the victory at Waterloo was considered to be so important. 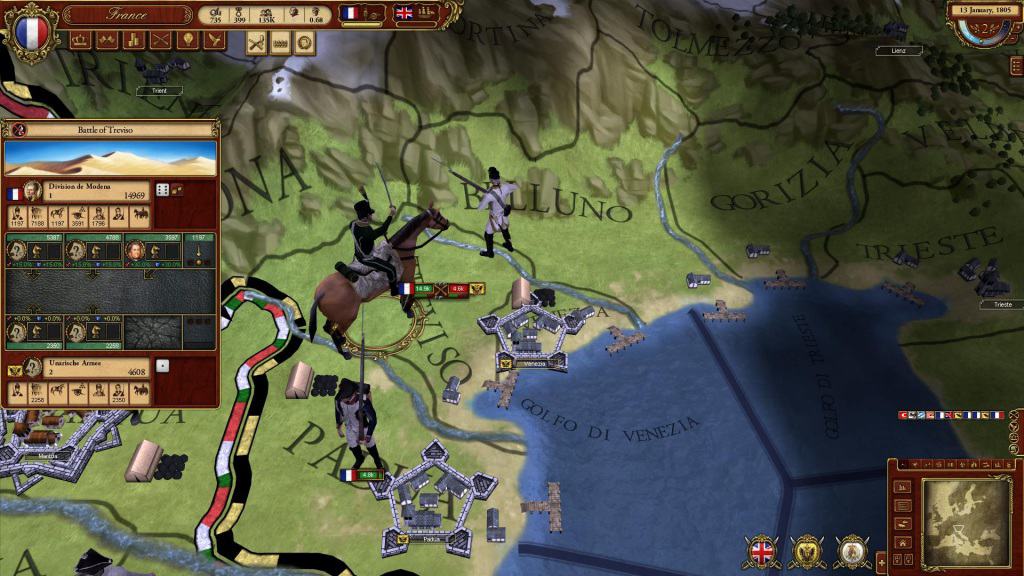 Now, teens can learn all about the fearsomeness of the French leader by playing as a leader in his army. Or, for the braver out there, they can play as one of the major powers that opposed him. Learning how powerful and formidable all the sides were can turn the idea from a joke about a short man to a realization of the greatness of the military he controlled. Whether you fight for France, Britain or somewhere else, you'll be sure to be challenged!

Perhaps you only have room for one game on your classroom (or home) computer. Or maybe you prefer a game that can teach a little bit of everything without being locked into one point in history. No matter which, if you have to choose a single history game, then Civilization V is, without a question, the right choice. A turn-based strategy game, it challenges players both in logic and in history. A good choice in any classroom or home where there are learners. 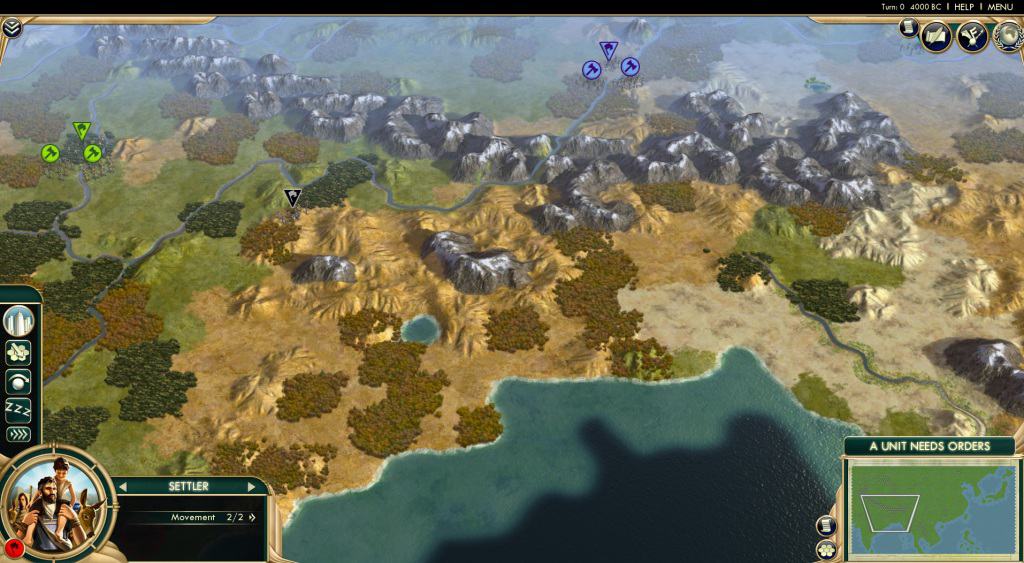 Here, you'll take control of an ethnic city-state (or better described as a “civilization,” hence the name) and guide it through different time periods. It will start in pre-history, and you'll bring it into the modern era and beyond. How prosperous it will depend on you and your abilities. You'll have to deal with combat and similar problems that these real civilizations did.

The idea that video games rot your brain is long in the past. Now, there are plenty of those, which cannot only entertain you but can help you learn. These history games are fun and will teach you more than any textbook could. Essays don't hold a candle to the entertainment offered here. So, choose the right one, sit down and get to playing. You'll be well on your way to a god grade and a better education with every completed level.

Ultimate Review of Best Treadmills For Home Use In 2023